And here we have the last of the main specials featuring David Tennant's Tenth Doctor. Oddly, while it's placed second in the big collector's set for all of the David Tennant era, this special was produced before the other one we've already covered, "Dreamland". I have no clue why the BBC compiled it this way except maybe they wanted to end the animated specials on something akin to a "high note" as this special is, in general, much better than the next one to come two years later. 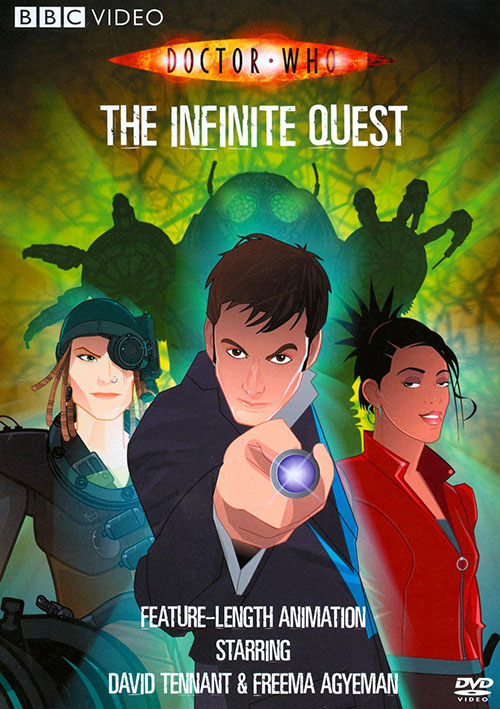 Where "Dreamland" was clearly designed to tuck into the time the Tenth Doctor was traveling alone (after Series 4, 2007's "The Infinite Quest" is written (and acted) like another adventure for the Doctor and Martha Jones, almost like a lost Series 3 episode that you had to watch across multiple installments of the kid-focused spin-off Totally Doctor Who to see the whole thing (or just wait for the later rebroadcast on the BBC). As far as adventures go, this story isn't that great -- it's essentially a glorified fetch quest -- but considering its target audience and the way it was aired, it's really not that bad of an adventure. Not great but not bad either. Perfectly mediocre, if we're being truly honest.

In the adventure, the Doctor and Martha show up to stop another threat to the Earth, an attack from the evil villain Baltazar (Anthony Head), who plans to set the Earth ablaze and burn all the humans into carbon (tiny diamonds, in point of fact). The Doctor manages to stop the villain (by destroying his ship quite handily) and he and Martha deposit the villain in a maximum security space prison before going off to enjoy an adventure in a sunny climb.

But the TARDIS has other ideas about their travel and they end up in a future point, on a desert planet where Baltazar's mechanical bird friend, Caw (Toby Longworth) has been living for years since Baltazar's defeat. The Doctor learns from Caw that Baltazar somehow managed to get out of prison and has gone off on a quest to collect from data recorders, each of which point to the location of the next data record. Get all four (each marked by an infinity symbol) and they can be combined to present the full data map leading to the Infinite, and old derelict ship that, supposedly, had a treasure inside that could grant anyone their heart's desire. The Doctor, worried what Baltazar would do to the galaxy if he found his heart's desire, quickly sets off with Martha in tow to find the data recorders first and prevent the villain from fulfilling his plan.

It's worth noting right now that this special wasn't produced by anyone from the main production team for Doctor Who. While David Tennant and Freema Agyeman did come in to voice their characters, this episode barely feels like it's connected to the continuity of the main series (especially as the episode seems to play up the romance between Martha and the Doctor even though the main show made it clear the Doctor wasn't interested). While this is certainly a curiosity for Doctor Who fans, it's pretty obvious that this episode has absolutely no bearing on the main show at all (as you'd expect from something thrown together by a different team). It's fan-fiction, effectively, and should be taken as such. 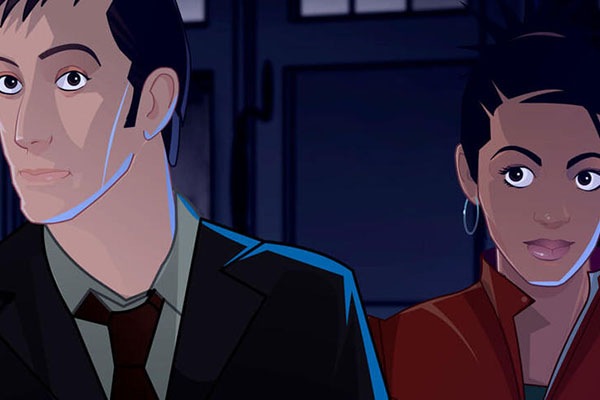 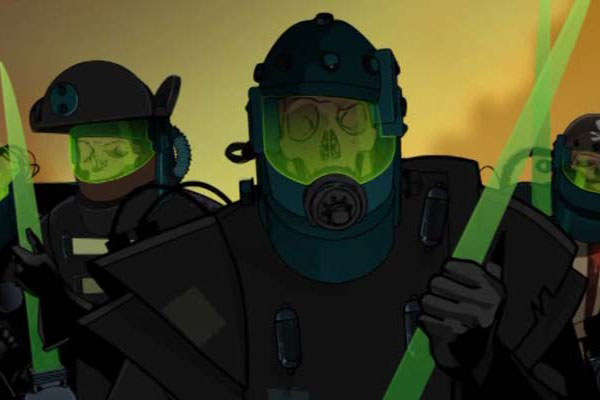 As "The Infinite Quest", like "Dreamland", was aired in segments originally, there is a very episodic feel to the sections of this episode. The fetch quest nature of this episode actually make that even worse as there are four clear "segments" to this episode, one for each of the fetch items, that clearly create dividing lines between the parts of the overall arc. Modern fans of Doctor Who who are used to their stories being more contained (usually one hour-long episode instead of shorter, multi-part arcs) might find this weird, but I actually thought it was an interesting call back to the older format of the show (pre-relaunch), also highlighted by the fact that this aired during a kids show and the original incarnation of the series was pitched to kids first. Nice touch.

While I probably would have balked at the art style of this series, looking like a weird mash up of CGI and Archer-level animation, I did watch this after "Dreamland" and anything is going to look better in comparison to that wretched episode. Frankly if I'd watched "Dreamland" second (as in via their release order like I would have preferred) that episode would have felt unwatchable in comparison. The animation here isn't great, and does still feel cheap, but "The Infinite Quest" and a god damned Da Vinci in comparison to the terrible art of "Dreamland". Night and day, really.

All that being said, this was a strange tale to pitch to kids. For starters, it gets pretty dark in places. None of the on screen adventures are that scary, mind you, but there are a number of characters we're introduced to who quickly die just off screen. Character deaths aren't something I'd expect a children's show to just gloss over, but multiple people dying across this adventure doesn't elicit anything more than a shrug from the Doctor and Martha. That's a really weird message to send to kids, I'd think.

Meanwhile the meat of the episode is surprisingly basic. As noted, it's a fetch quest and each fetch adventure is told across a couple of short, stitched together parts (the whole of the episode was aired in 12 parts). There isn't a lot of depth that can be achieved in just six or so minutes per story chunk, and so every adventure ends up feeling very much the same. The Doctor and Martha drop in in a planet, immediately find the person they need to talk to who has the data recorder they want, and then it's just a couple of quick steps before our heroes solve whatever problem is going on (easily and without any fuss) all before they find their target is already dead and the data recorder is just waiting there for them. It's very shallow and all too convenient. 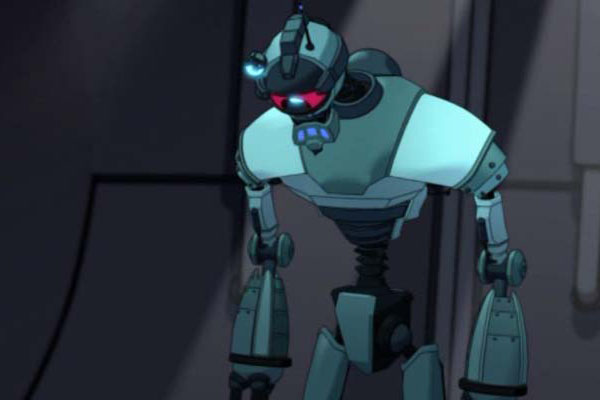 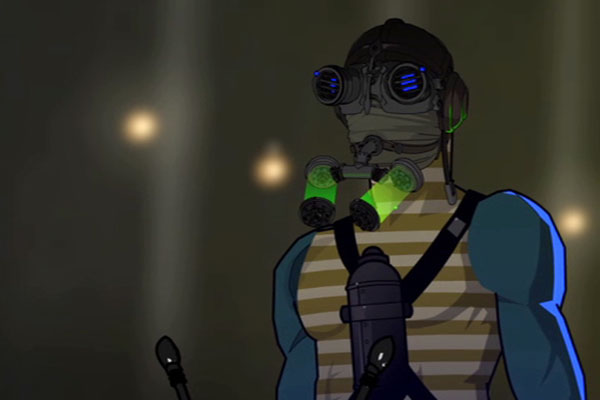 Yes, the last section of the episode takes the time to explain how it all stitches together and what Baltazar's plan really was, but that doesn't help the main problem: namely, this story is too simplistic, and told in such a boring fashion, that none of it lands. Having the villain show up to monologue and explaining everything only makes that worse. I was starting to get bored of the episode pretty quickly and I have to imagine the kids this was actually intended for would have tuned out even faster. This is just not a very well written adventure.

The worst part, though, is that I just don't feel like the actors are invested in this story. While David Tennant is fine here, he's no where near as committed to this performance as he was to the vocal antics of "Dreamland". He's the best of the set, mind you, and everyone from Freema on down seem like they're just here for the paycheck. This is a lazily acted, pretty tedious little bit of audio that does nothing to help the story at all.

I give the creators of this little serial credit for trying. They did managed to find decent animators who cranked out a pleasing enough episode to look at. End of the day, though, the meat of the adventure just isn't there making this just another failed attempt to create an animated adventure for the Doctor. If these are the adventures we're getting with original material I'm actually a little worried for the BBC's plans to recreate their lost adventures in animated form; everything about "Dreamland" and "The Infinite Quest" is so hit or miss I don't have much faith that the Beeb could pull off proper animated Doctor Who stories.