Although I'm a fan of cinema, I do have a few gaps in my general movie experience. Many of these gaps from the the 1970s as I tend to find films from that era to be dreadful bores to sit through. There's something about the trends of the era where many of the films, even ones beloved by the general public, are so slow, filled with long reactions shot, meandering establishing shots, and just about everything else that could be done to turn an hour-and-a-half of story into two-plus hours of film. 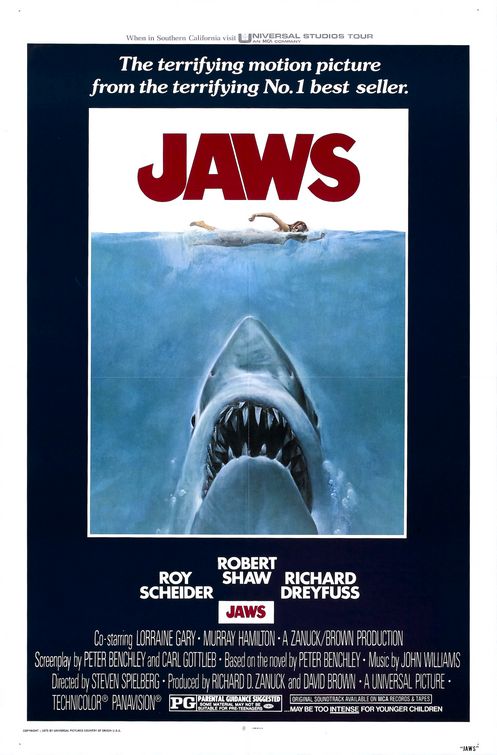 That's the primary reason why I never bothered watching Jaws, Steven Spielberg's famous shark-attack film that helped to launch the "Summer Blockbuster Season" (even though no one expected that result when the film was in development). Jaws came out in 1975, right in the middle of "The Dread Era" for me, so I tended to avoid the film. Of course, then everyone would tell me, "oh, you absolutely have to see this," which meant I wanted to watch it even less, and so the movie sat, waiting for me to finally come around. And I did, grudgingly, mostly because I needed some monster movies to review.

Going in I didn't exactly have high expectations. Sure, it's a Spielberg flick, but it's also just a shark attack movie. Haven't we already seen plenty of these? At this point what does Jaws have to offer over those other films. Arguably the film does set the template for "danger on the water" types of films, but then most of those films didn't have Spielberg behind the lens. While Jaws may not offer that much that is different from any other films in the genre, just having a great director make the movie automatically improves everything about the film.

As you probably know (since just about everyone had seen this movie before I finally got around to it), Jaws focuses on Amity, an island town and tourist trap. One evening at the start of summer, a girl goes swimming out in the ocean when she's attacked, and killed, by a shark attack. The local chief of police, Martin Brody (Roy Scheider), has the remains examined and accepts the initial coroner's report that it was a shark attack. The mayor, and town council, don't want the beaches closed, though, so they lean on the coroner and have him change his report to a motor boat accident. The beaches stay open, and then the shark comes back, devouring a little boy.

Now, of course, the town is freaking out. They want the shark gone so they can keep their beaches open (for prime, summer tourist season). They put out a reward of $3,000 for anyone that can catch the shark (which, presumably, was enough money back then for people to risk life and literal limb). A shark is killed and brought back but a local oceanic expert, Matt Hooper (Richard Dreyfuss), says that it wasn't the right shark. And, sure enough, the real shark comes back and kills again, right when all the tourists are in the water. Now the town is in real danger and it's up to Brody, Hooper, and shark hunter Quint (Robert Shaw) to hunt down the shark and finish it off, once and for all. 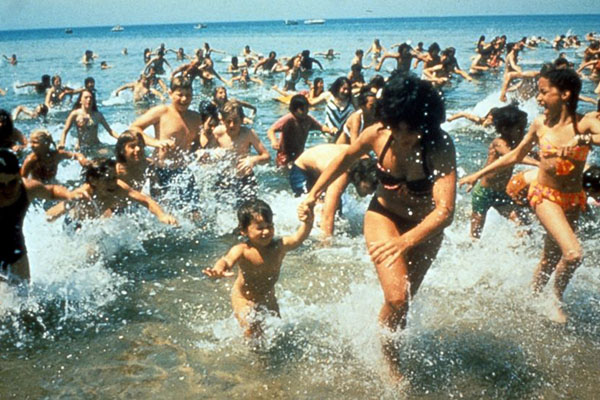 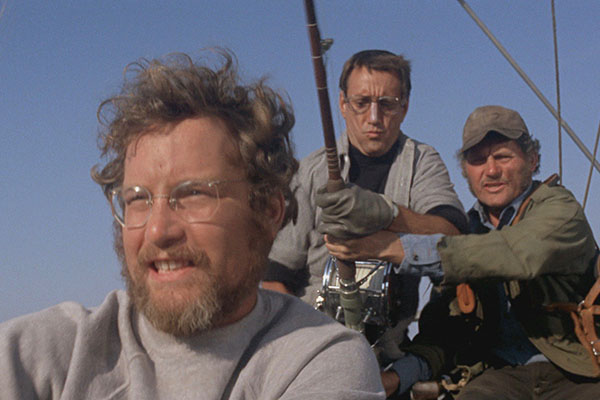 Most danger-in-the-water films tend to play their stories like more conventional disaster movies (like Killer Fish, for example) -- people go about their lives when some event strikes and then suddenly they have to band together to find a way to escape their fate. It's a pretty standard formula and even latter-day shark movies (like Deep Blue Sea and The Meg, both of which we'll get to eventually) follow that formula to a greater or lesser extent. Jaws, though, eschews that impulse. It never once gives in to the disaster movie impulses, never purposefully strands a bunch of C-level actors in a group together to team up and save their skin. It has a different feel from the kind of movie you'd expect, which is a real strength.

Unlike those other movies, Jaws is much more in the vein of a classic monster flick. The shark is very much the "other", an unknown entity that comes in when its victims least expect, striking when they're at their most complacent, feeling safe. A good monster should take something that feels safe and comfortable and turn it upside down, deriving scares from making horror out of the safely mundane. Here, the source of terror is the water itself, the deep, dark ocean which hide it's mysteries right up until the shark is on top of its next victim. The film plays this well, especially in the first two acts, as the shark is hidden from view, hardly ever seen. This allows the terror to build as you're never quite sure when the beast will strike and tear down its next prey.

Credit for this, naturally, goes to Spielberg for wisely keeping the shark out of view as much as possible in the first acts of the movie. Of course, part of that is because the shark animatronics designed for the movie was absolutely terrible -- they looks incredibly fake and never worked right. Instead of going with the initial plan of showing the shark off a lot, Spielberg instead elected to keep the shark hidden, to derive his horror from the mystery of where the beast might be. Sure, his hand was forced, but a lesser director would have tried to make the shark work anyway. Spielberg, instead, worked around the problem, finding a way to use it as a strength instead.

The film even proves this point as the last act, the man-vs-shark hunt that caps the movie, is also easily the least interesting part of the whole endeavor. This part, with Brody, Hooper, and Quint on Quint's boat, the Orca, sailing the seas and hunting the shark, is certainly action-packed but what it lacks is any kind of thrills or scares. Much of that is due to the fact that the shark shows up more, goes from a mysterious thing to a ravening monster. The animatronics aren't really up to giving us great shark-attack action and there's only so much the actors can do with tense reaction shots. Right when the film should rise up to the climax it stumbles instead. 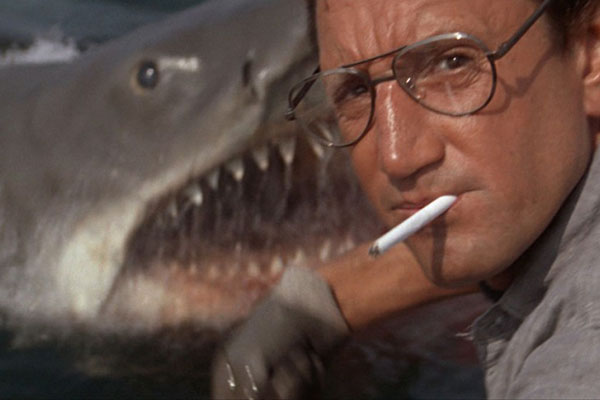 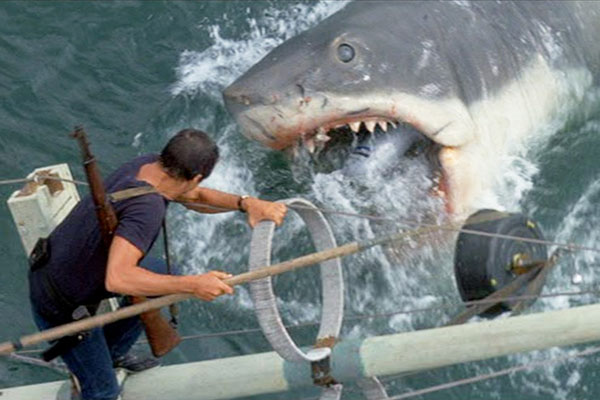 There are still joys to be had in the last act, largely in the interactions between the three crew members on their seemingly Moby Dick-style quest. Still, there's no shaking the feel that the film takes a hard right turn in its last 45 minutes, going from tense thriller to action adventure and the two parts just don't seam together all that well at all. I would have much preferred it if the action has stuck around the island for a tense cat-and-mouse game between shark and man. The boat sequences lose the great scares of the early going.

Still, one thing I can say for the film is that I was never bored. While it can't quite shake the trappings of the era it was filmed in (a couple of overly-long reaction shots, a few too many establishing montages of tourists), this movie does move at a good clip. It's better, fleeter than many other films from the 1970s, making it the rare film from the period that's actually worth going back to.

I have a feeling, though, the same cannot be said for any of its sequels...