On the Fifth Day of Die Hard, My True Love Gave To Me...

A Good Day to Die Hard

So I think we all knew that this was the movie to dread. Any series overview of Die Hard requires us to eventually look at the fifth film in the series, the generally panned A Good Day to Die Hard. Just about everyone I know hates this movie (myself included), with it generally being considered a misstep for the series, even worse than the disappointingly average Die Hard 2: Die Harder. So what happened? What went wrong with this film? 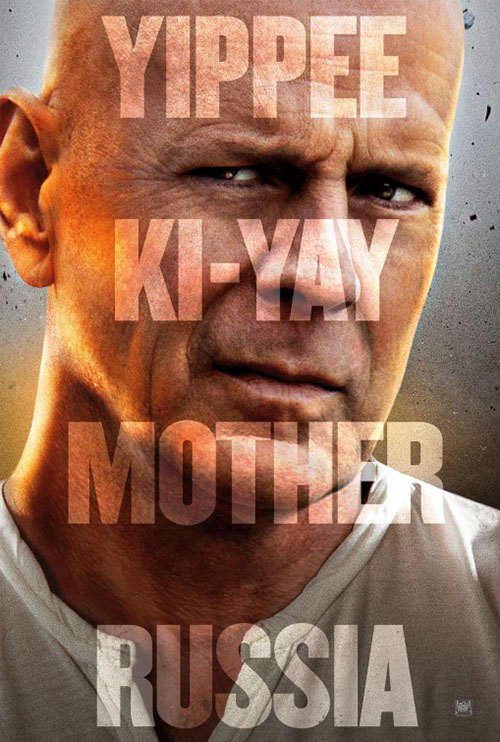 Firstly, let's be clear that this series of films really never needed to continue for as long as it did. I enjoy most of these movies for what they are, but each time John McClane (played every time by Bruce Willis) gets sucked into yet another terrorist plot, this despite the fact that he's just a low-level beat cop, it stretches credulity. At a certain point he should no longer work for the NYPD but, instead, have been hired by the U.S. government to be a one-man terrorist-fighting task force. Clearly he's the only man for the job as he's now burned through a good hundred or so terrorists and he keeps right on going. The fact that he's not world famous, known (and feared) by all terrorists groups, is the real fiction of these movies. The second he shows up on the scene the terrorists should be like, "okay, boys! Pack it up. We're done here."

In this film, John finds out that his son, John Jr. (Jai Courtney), is awaiting trial in a Russian prison. The elder McClane grabs a plane ticket and heads to Russia for the trial. Soon, though, there's a bomb at the courthouse, John Jr. (and a Russian scientist) are on the run, and John Sr. learns than his son is actually an undercover CIA operative. This, of course, then leads down the rabbit hole of action sequences and terrorist plots until the two Johns have to take out every Russian bad guy by themselves.

As far as justifications for sucking John McClane into a terrorist plot, this one isn't bad. Giving him a personal connection to what's going on makes sense (at least on paper), and with his son being a CIA agent we can at least understand why the younger McClane is having to fight terrorists. From this perspective it all makes sense. The part that loses me is why the elder McClane has to be involved at all (other than because it's his series of movies).

Early in the film Willis's McClane is surprised to learn that his son is a CIA agent -- apparently no one in the family knew. While I can understand the son having an undercover job and not being able to reveal what he did or where he traveled most of the time, there's nothing in the CIA charter that requires their agents to completely avoid telling their families anything. Usually people will just lie and say they work for a different government agency, that they have a quiet desk job working as an attache or analyst. This is because if the CIA required people to just drop off the face of the planet with no explanation, their families would notice and start asking questions -- the last thing the CIA wants is people sticking their nose into CIA business. 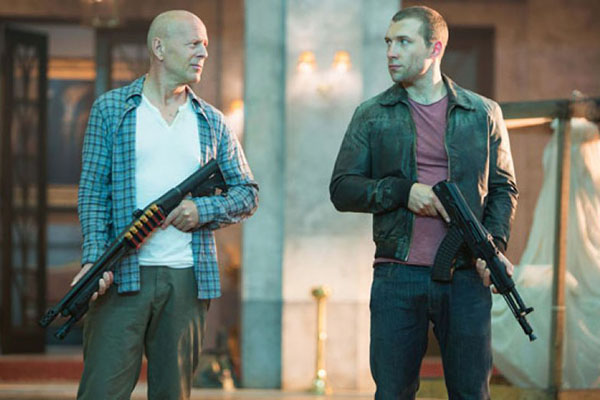 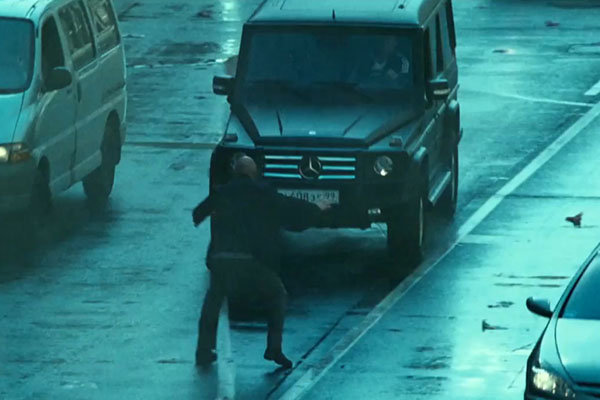 Of course, if John had any inkling of what his son was actually up to, the whole setup for this movie would fall apart. He wouldn't have gone over to Russia to find his supposedly delinquent son and then he wouldn't have an adventure with his boy causing an international incident across the country. Make no mistake, McClane should have been shot by the Russian police within the first twenty minutes of the film with all the carnage he causes, but no. He just walks away from all of it like it's nothing. International politics can't hold John McClane back.

You know what else can't hold John back? Lethal amounts of radiation. The plot of the movie hinges on a Russian plot to kill the scientist, Yuri Komarov (Sebastian Koch), before he can leak details about Uranium smuggling from Chernobyl. This, of course, then leads everyone, terrorists and heroes, to go to Chernobyl for the big climax. If you aren't aware, Chernobyl was city in Russia that was evacuated after their nuclear power plant released a lethal amount of radiation and fissionable material into the atmosphere. This incident happened in 1986 and, ever since, access to the site has been heavily restricted because, you know, going there will kill you.

Does any of this matter to John McClane? No. He and his son drive there in the movie and then just casually walk around the site, shooting bad guys and throwing out quips. Bear in mind they do this wear absolutely no radiation gear, and then walk away acting like its nothing. If the sixth film doesn't start with John and his son sitting in their death beds as they both quickly die of radiation poisoning (and/or cancer), I will be sorely disappointed. These two spend over an hour walking around in the place like it's nothing. They shouldn't get a happy ending; they should be dead.

But, okay, the film tries to explain this away by the bad guys having a misting machine that neutralizes radiation. Sure, that makes sense... if you don't know science. I didn't, but I knew enough about Chernobyl that I had to look it up for this movie. In short: radiation cannot be neutralized. The only way to get rid of radiation is to let it break down naturally, which often can take a very long time (thus why Chernobyl is a protected zone -- to keep people out). A Good Day to Die Hard hand-waves the radiation away with a magic device, and the Die Hard series becomes science fiction. 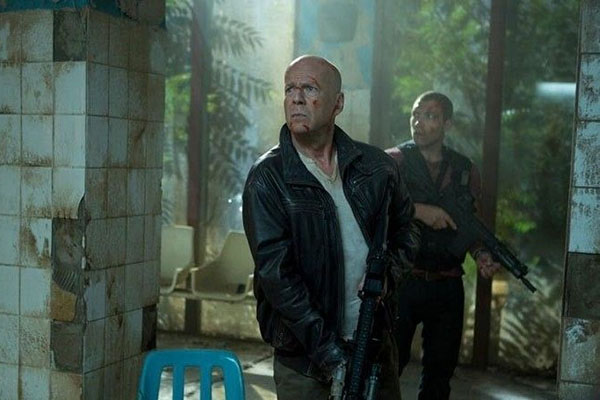 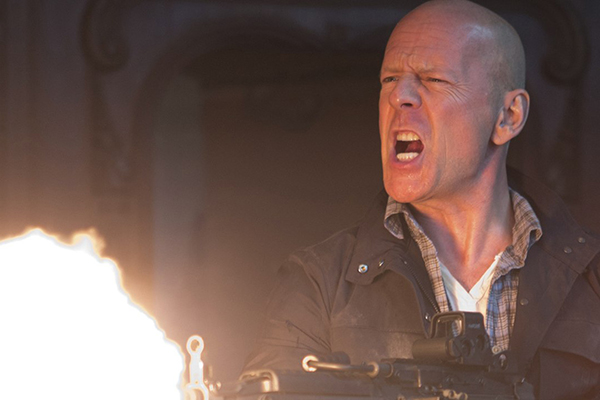 This is a big issue for me because up until this film the Die Hard series tried to remain grounded in the real world. Sure, Live Free or Die Hard featured a ton of magical hacking with a dash of splashy, unrealistic computer tech, and, yes, the films have slowly been turning John into a superhero since Die Hard With a Vengeance, but they never went this far. In A Good Day to Die Hard reality is thrown right out the window so we can have fanciful tech and an immortal hero. The John McClane we knew from Die Hard is truly gone.

Not that Bruce Willis seems to care. From the performance he gives in this movie it's pretty clear he's done with the series in general, just showing up to collect his paycheck. While the fourth film at least had good character moments between the action sequences, this film barely has any good moments at all. On paper having McClane reunite with his estranged son seems like an interesting dynamic for a film, but A Good Day to Die Hard would have to slow down enough to let those moments happen organically, and Willis would have to care enough to invest in the character for those moments to work. This time, the actor just wanders around with a permanent smirk while crap happens around him.

That said, Willis is still a more charismatic presence than Jai Courtney. It seemed like, for a while there, Hollywood was dead set on making this walking beef-slab into a star, giving him big roles not only in this film but also Terminator: Genysis and Suicide Squad. In all these movies, A Good Day to Die Hard included, Jai Courtney is a hollow void, the least charismatic presence on screen. Hell, there are parts of the scenery that have more depth, more style, than Courtney. This might explain why Willis doesn't give much of a performance: he doesn't have anyone to really work with.

Not that good acting would salvage this film. A Good Day to Die Hard is held together with the most threadbare of plots. The "story" is just there to quickly usher the characters from one overly-long action set piece to the next. There are really only three action scenes in the movie, and they all go on far longer than they needed to. The movie essentially opens with an extended car chase that just goes on and on. It's not filmed well or directed with any style (but then that's par for the course with this film) -- after a few minutes I simply tuned out. It's one of the biggest action scenes in the film and I just couldn't care in the least about it. 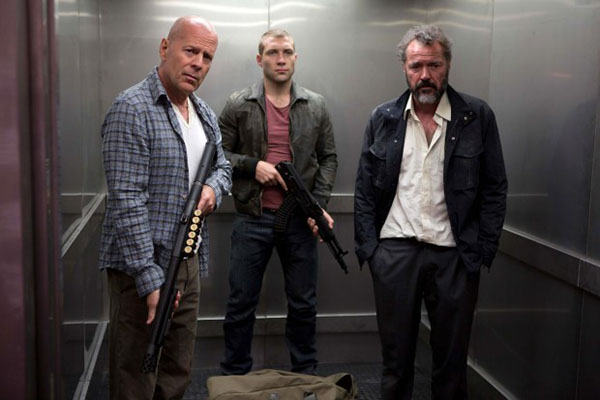 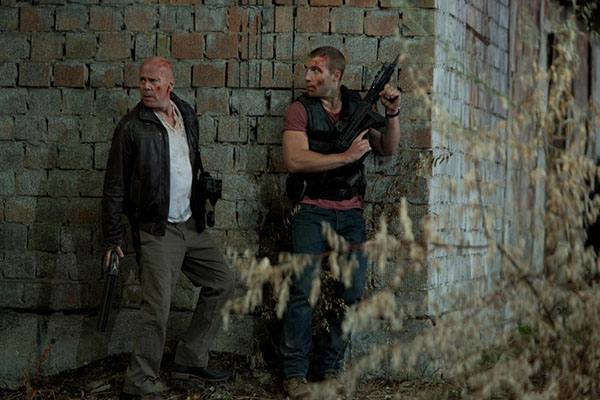 And that, really, is the problem with A Good Day to Die Hard: nothing in the film really matters. John McClane goes to Russia and, despite having no jurisdiction, gets himself involved in a Russian terrorist plot. The Russians don't arrest him despite him violating so many local and international laws he should have been locked away for the rest of his life. The terrorists are unable to kill him, and this is after he survives being hit by a car, jumping out of skyscraper (without rope or other means to survive the fall), and being exposed to lethal amounts of radiation. You can't invest in the action on screen, nor the family dynamics of the story. There's simply nothing here to care about.

A Good Day to Die Hard is a hollow void, as soulless and empty as Jai Courtney's performance in the movie. It's an incompetently made, poorly thought-out sequel that simply never should have happened. If this is the end of the series I feel like it's a fitting way to go out only because I doubt the series could get any worse from here. At least we've managed to hit the natural, awful conclusion for John McClane after all these years. If FOX does decide to produce yet another Die Hard (perhaps the prequel, McClane they keep threatening), let's all hope it's better than this movie. Otherwise, maybe it's time to do what the terrorists never managed: we should just kill off John McClane, once and for all.