Gonna Get Super On This War Among the Stars

While the NES, and other 8-bit platforms saw a LucasArts official iteration on Star Wars, the SNES was left out in the cold. The plan for the series was to get the 8-bit editions out and then, once enough time had passed, start doing the 160bit iterations so the two didn't directly compete. They'd feature different graphics and sound but also varied play styles. This way, clearly, LucasArts could double dip and get extra money out of the gaming fans that had both systems (which was starting to be a lot of them). 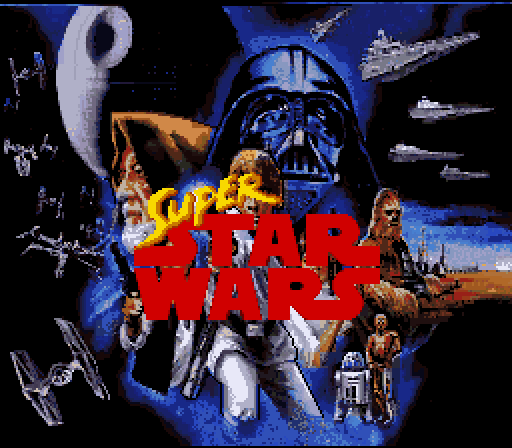 Released one year after the NES iteration on Episode IV: A New Hope, the SNES edition once again brought us back to Tatooine to do it all over again. Developed by a different team, and given the ample resources of the capable SNES, this made this edition, Super Star Wars the Star WarsThe modern blockbuster: it's a concept so commonplace now we don't even think about the fact that before the end of the 1970s, this kind of movie -- huge spectacles, big action, massive budgets -- wasn't really made. That all changed, though, with Star Wars, a series of films that were big on spectacle (and even bigger on profits). A hero's journey set against a sci-fi backdrop, nothing like this series had ever really been done before, and then Hollywood was never the same. game every kid wanted to own. Unless they had a Sega Genesis, and then they got nothing.

As this (very loosely) follow the events of Episode IV, we once again get to follow Luke Skywalker, moisture farmer and wannabe starfighter pilot, as he comes across two droids in need of assistance. He goes from the sands of the Dune Sea to a Jawa transport carrier, then once again back to the desert, driving and running around, until he gets the droids to Obi-Wan Kenobi, a Jedi master who lives out in the sands of Tatooine. He gets a message from within the smaller droid, R2-D2, from Princess Leia asking for assistance. Clearly, Obi-Wan and Luke have to help.

From there, Luke battles his way to Mos Eisley and gets the assistance of pilot Han Solo and his furry navigator Chewbaca. They battle their way out of Mos Eisley to Han's ship, the Millennium Falcon, and then fly that to the Death Star to save Leia. More fighting within the Death Star occurs, both to the princess and then back out as they take out the tractor beam keeping their ship in the docking bay. They fly to Yavin IV to deliver Leia's plans on the Death Star, and then it's just a quick flight back to fight the vehicles on top of the space bade before doing the trench run to destroy the Not-a-Moon once and for all (more or less).

Like with the previous iterations of the story, both the 1991 LucasArts 8-Bit game and the earlier 1987 Famicom title, Super Star Wars plays fast and loose with the basic details of the movie. This version of the story prioritizes platforming action, so while the story is told through quick cut-scenes, there are a whole lot of levels to battle through as Luke, Han, and Chewie rack up a body count that would put any war criminal to shame. 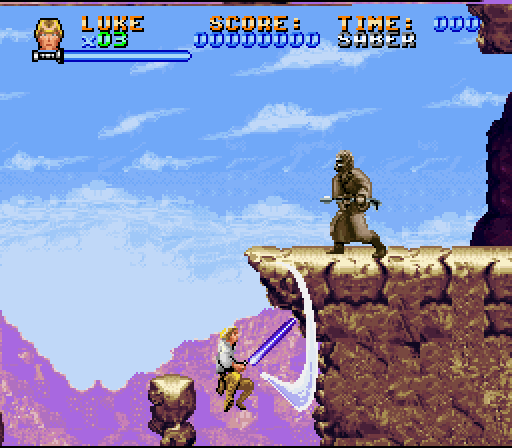 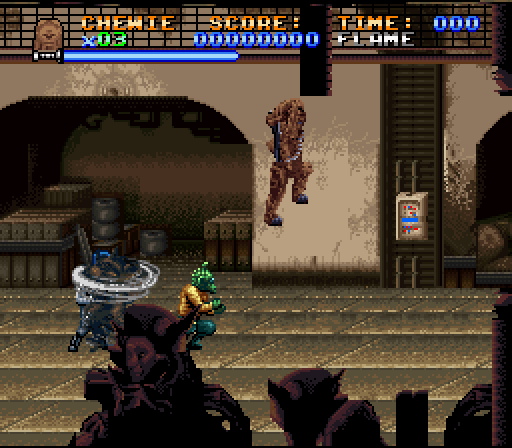 If you're one that wants to get the pure Star Wars story then this is not the game for you. Whole sections of the original movie are expanded to allow Luke to shoot and saber his way through stages. Remember the time he battled the Sarlaac in the first film, or when he took out a mutated Womprat? How about when he acted as a one man army mowing down Jawas as he raced his landspeeder across the Dune Sea? All of that happens in the game and never took place in the movie. You just have to accept that this game is an action platformer first and a retelling of Star Wars a very distant second.

In fairness to the game, it does look very pretty. Luke, Han, and Chewie are all animated well and look the part. The backgrounds are impressive and really give the feel of the locations within the Star Wars universe. The music and sound effects are also great, giving the proper feel for the movie as a whole. Squint at everything right and it does pass muster ass a proper and true franchise extension, which is what LucasArts wanted. This game could sell itself on the look and feel of the original series.

As far as game play is concerned, though, it's much more of a mixed bag. The characters in the game are both a little too floaty and have a tendency to skid around a bit. I found myself taking a lot of damage, from enemies and from traps, because I couldn't quite pin point where I was supposed to land and get my heroes to do it. You feel like the programmers wanted the game to be hard and got really used to the finicky controls while they were playing it, assuming players would take the time to learn it "just so" before they really got into the game.

Meanwhile, the challenge is also cheap at times. Enemies constantly respawn and the game absolutely loves to dump so many waves on you it starts to feel spammy. Yes, you can tone it down some by cranking down the difficulty from Jedi on down to Easy, but even then the game is still pretty obnoxious with how much it loves to spam crap at you. The levels are long, full of crap to dodge, and it all ends up feeling less like a controlled platforming experience that a gauntlet of pain devised to make you reset again and again. 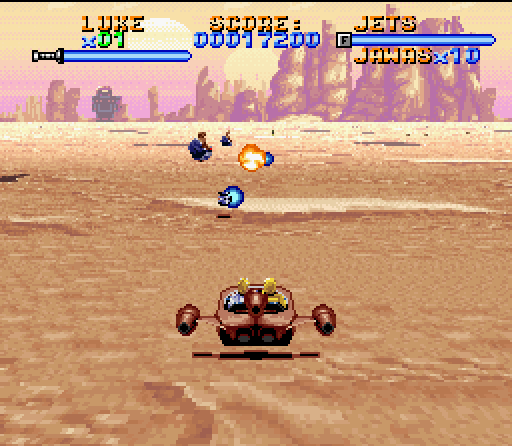 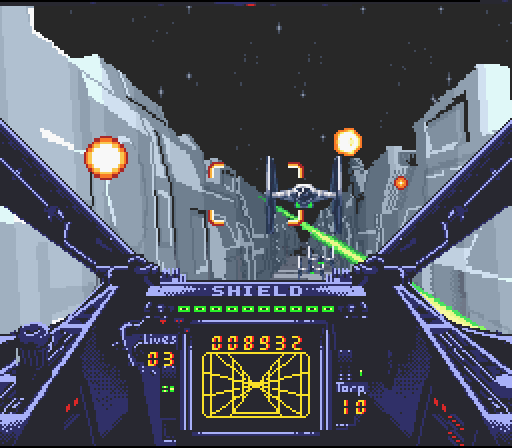 The most annoying part, though, are all the cheap jumps you have to do. There are plenty of moments where the game expects you to do a blind jump or fall to a platform below and if you don't know its there you'll likely die. Clearly they wanted you to memorize every nook and cranny of the levels, making the experience into a rote experience, but that's just not fun. You want to be able to run and jump as Luke and the gang, swinging your sword and having fun and this game never really buys into that.

Super Star Wars is a very pretty game, using the power of the SNES to really layer on the nice graphics. But when it comes to actually playing the game, this is a lesson in frustration. I wanted to like Super Star Wars but just getting through the game revealed how awful the experience truly was.