Buy It Now For a Low, Low Price

Hey, look, another movie where Jackie ChanConsidered one of the greatest martial arts actors ever, Jackie Chan has a filmography long enough to put the collected works of many other actors to shame, and he did it all while constantly putting his body on the line, film after film. isn't a police officer. I'm actually fairly willing to bet that my initial observations that Chan only played police were wrong and that he does have a large selection of films that cast him in another light. Certainly it's closer to a 70/30 split in favor of cop roles, which is still a lot. But it's not all over them, so allow me to correct that. 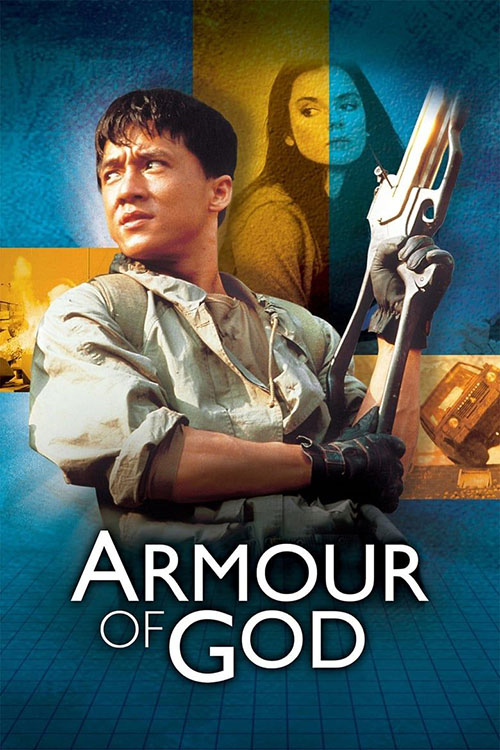 That being said, while the character he plays in his movies may not always be a cop, they certainly all do act the same in every other regard. Chan is a gifted stunt man and acrobat who, over the years, was more than willing to put his body on the line, again and again, just to get the shots he wanted. Hell, he nearly died during the filming of this movie, falling off a cliff and cracking his head. His stunts can be very good. His acting, though, less so.

In this film we're introduced to Chan's treasure-hunting Jackie (aka the "Asian Hawk"). Jackie's Jackie used to be a pop-star, but when the band broke up he traveled off and became a tomb raider (you know, as you do when your musical career goes tits up). On one adventure he collects, from a remote island populated by (very racist caricatures of) natives, a sword purported to be part of the "Amour of God". This armor, as we learn, hailed from the Crusades and, as it's reported, will grant great, near-God-like power to whoever collects all the pieces of the armor and destroys them (presumably is some special ceremony).

The sword, it should be noted, goes up for auction only to be purchased (at a high price) by May Bannon (Lola Forner), daughter of the powerful Count Bannon (Bozidar Smiljanic). This sale goes well, but soon after Jackie's old friend, and musical partner, Alan (Alan Tam) comes to town. Apparently his girlfriend (and the third member of the defunct musical group) was kidnapped by an evil cult. The guys have to get access to the full armor, which Bannon now has, take it to the cult, and somehow bargain for the life of Lorelei (Rosamund Kwan).

When discussing this film, fans and reviewers consider it more of an Indiana Jones movie instead of a Police Story. While I will grant that Jackie does play a treasure hunter here, his motives are not altruistic in any regard. He's out for the cash, and the fame, and a good time, but he doesn't have any bold aspirations to really be a "good guy". In that regard this character aligns much better with the roles Chan played in the first Police Story, the first Project A, and, yes, Dragon Lord. 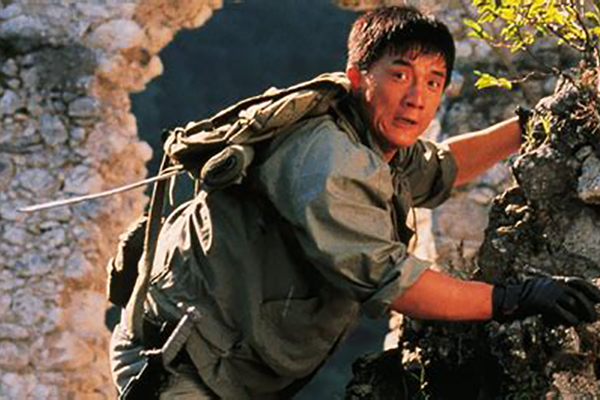 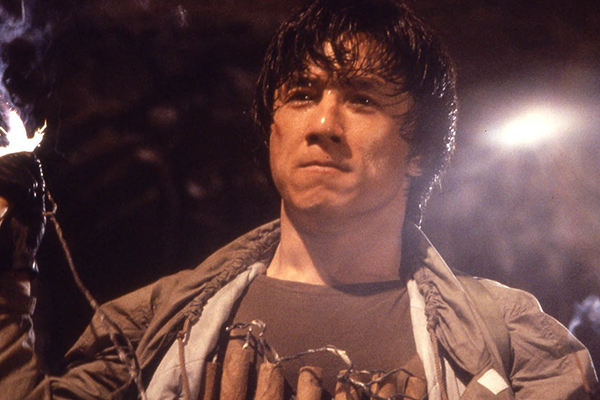 Jackie had a particular type of character he liked to play, especially in his early roles. As a comedian and acrobat, it does feel like his earlier movies went all out for a laugh. He was less concerned with making characters that you liked, just wanting to play oafs you'd laugh at (and laugh with). It did make for films that were very popular back in the day, helping to fuel his very long career. Having watched a number of these early films now, though, I'm just tired of his shtick. I much prefer the more reserved good guy he plays in films like Rumble in the Bronx and Rush Hour.

Honestly I think a big issue I have with his early films, and this one in particular, is that they all run together in my mind. The specific stunts might be different -- and here we have a car chase mid way through the film as well as an extended sequence of fist fights at the climax of the movie -- but the overall tone, style, and substance of his films are all the same. There isn't enough differentiation in his character, or the events taking place, to make me really enjoy one film over another (or any of these early works as a whole).

There are scenes that do stand out, but that's because they're bad. The film opens with an extended treasure hunting sequence featuring the racist tribesmen that feel like they were ripped right out of King Kong '33. I pointed out in my review how racist those sequences were and, although it could be played off at the time due to the era it was filmed it, those sequences did not age well. Armour of God was made in the mid-1980s and, frankly, should have known better.

The back-half of the film takes on a 1970s exploitation vibe I might have enjoyed. There's a certain Hammer-style "let's put on a movie" vibe to the dark cult and their goofy sets and, done better, it could have really worked for me. But then we get to a part where Jackie has to fight four of the Cult Leader's top enforcers and they're revealed to be big, brawny, scantily-clad black women, and suddenly I was left wondering what specifically the point was with this set. Like, on the one hand I was glad Jackie was willing to do full-out stunts with these female performers. That was a nice change of pace. However, at the same time, when you have the racist open sequence, and then the next time we see characters of color (for an Asian film), they're presented in this light, it seems wrong once again. 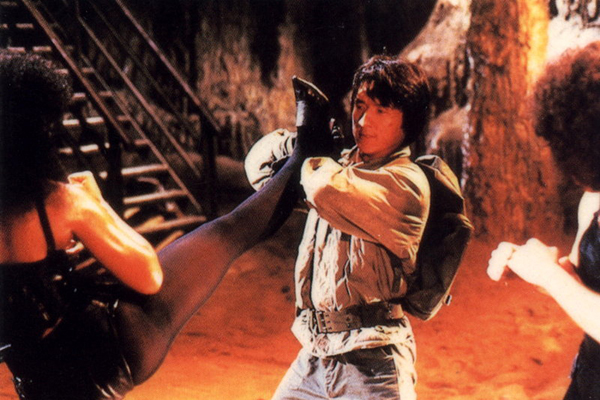 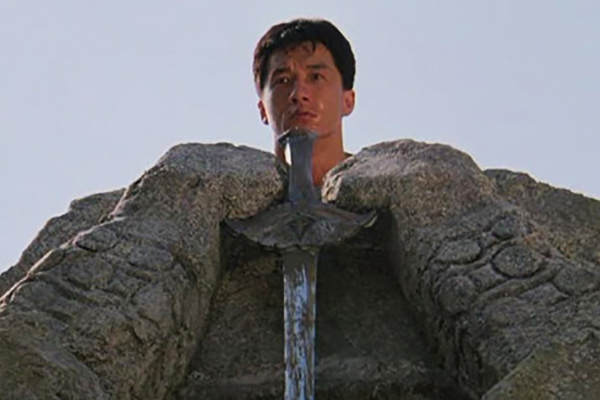 Those women at least get more to do than the actual lead female in this movie, Lola Forner. Her character, who us supposed to be an accomplished archaeologist and a crack shot in her own right is, instead, reduced to being a weak women who can't shoot straight and always has to be saved. She should have been an equal to Chan, in much the same way that Michelle Yeoh was in Supercop, but instead the movie reduces her to being comic relief and the butt of many jokes, as normally happens to women in Chan's movies.

While we're at it, though, the action in the film isn't really able to elevate the boring story and bad characters. The car chase in the middle of the film was shot in such a way that it doesn't ever have the energy it needs. It's framed too closes, the action too narrow, that it all feels very staged and fake. Meanwhile, the action sequence at the end, the long series of fights capped by a bunch of explosions, is staged with bad lighting on a bunch of cheap looking sets, to the point that you can't get invested because there's way too much artifice to it. The movie, in these moments, feels like it's straining against it's budget and simply can't get the scope and style it needs.

In short, Armour of Gods feels like a real waste of time. I know this film is a cult classic among Chan's fans, and it did well enough to warrant a sequel. There's a reason, though, this first film didn't come out in theaters in the U.S. (and was relegated to being a direct-to-video "prequel" after it's sequel performed well in the U.S.). This movie just isn't good. Unless you're one of the Chan faithful there just isn't much reason to watch this film.