A Pirate's Life for Me

Jackie Chan does have a particular style to his movies. Even this early into his career, when he was just moving past stunt coordination towards being the lead in his movies (that he was also directing and stunt coordinating), the "house style" of Chan's works was well evident. His movies play out like a Chaplinesque collecting of set pieces, mixing broad comedy and layers action to create a comedic festival on screen. If you went to a Jackie Chan movie back in the early 1980s then you knew exactly what you were in for. 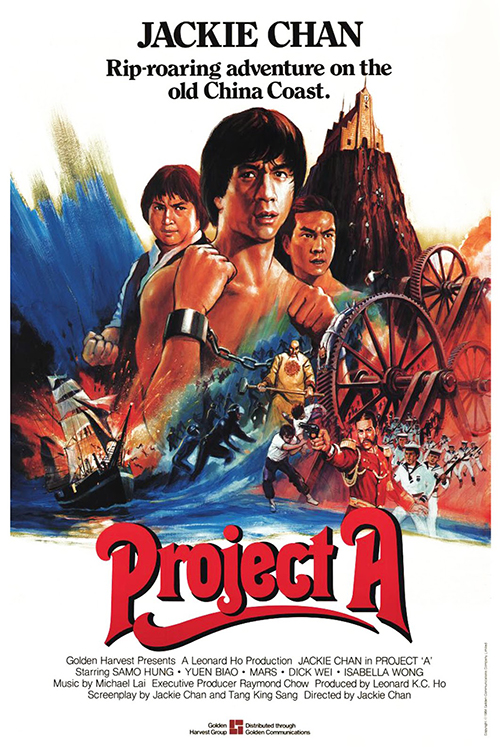 Although I don't think Dragon Lord really worked as a film, I also think some of that was because the film was intended for a very specific audience -- Hong Kong viewers of the early 1980s -- and coming at thee movie 40 years removed, and from a different background, the style and themes of the film simply didn't work for me. Sadly, I think the same thing holds back the next Jackie Chan film we're going to cover: Project A. It's another broad comedy without as much action as you might expect, and while it tries to play to Chan's strengths, it doesn't quite manage to find its momentum, or tone, to really pull together a satisfying film. It was successful enough at the time to warrant a sequel, but now, nearly 40 years later, the film feels like a bit of a misfire.

The most interesting thing about the film is that it feels like Jackie Chan's answer to the Bill Murray comedy (released two years earlier), STRIPES. In the movie a rag-tag group of misfits, lead by a charismatic goof -- Sergeant Dragon Ma Yue Lung (Chan) -- find their squad put under the spotlight when one mission after another manages to blow up in their faces. Stripped out of the Coast Guard (where they were stationed) and assigned to the Hong Kong police, these men go from hunting pirates (but never actually getting on the sea) to being put back through boot camp once more to learn the ropes of being "real soldiers".

As it happens, though, being with the police gives them a clear lead on tracking down the leader of the pirates, San-Po (Dick Wei). Aided by a one-time friend turned petty gangster, Fats (Sammo Hung), Dragon manages to steal the very thing the pirates wanted (a shipment of rifles) and hide them away. This puts the pirates on a collision course with the Hong Kong police, with only one group likely to come out the winners (and if you bet on the pirates you haven't seen a Jackie Chan movie before).

Tonally, the film is all over the place (but then, I think I said the same thing about STRIPES). It wavers between high slapstick before veering into comedy of manners, and then big action, and then back and forth, with a meandering plot that takes way too long to get anywhere. Watching the film, I was legitimately surprised how little action there was, and my wife (who watched it with me), spent whole stretches commenting on that as well. For a martial arts film there are large stretches without any martial arts. 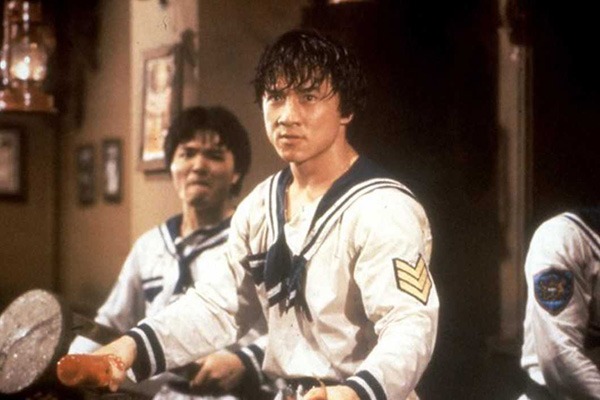 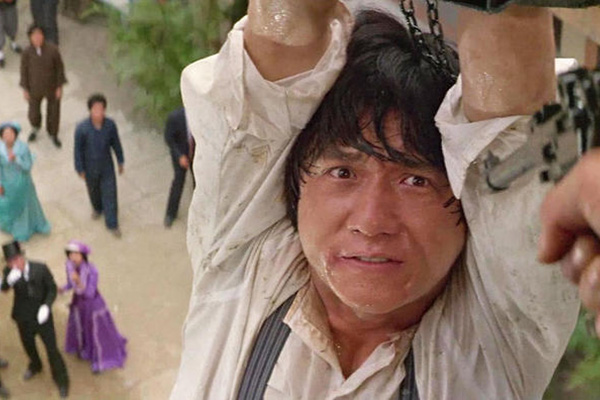 I think that would be more tolerable if the plot were stronger, but it just doesn't hold up. We go from watching the sailors prepare to head to the sea (with a comedic bar fight thrown in), to watching their ships get blown up and the boys sent to the police. Then there's basic training, in a montage, before Chan's Dragon quits for... reasons? He then helps Fats, betrays Fats, helps Fats, betrays him again, and somehow then not only rejoins the police but then gets the Coast Guard reinstated, all to go run thee mission they were going to handle at the beginning of the film. It's a solid hour-and-a-half of wheel spinning without anything really added to the story.

And I have to be honest, I have absolutely no clue what the eponymous "Project A" actually is. The characters talk about it like it's some big plan to take down the pirates, but then they just faff around for a bit and eventually sneak into the pirate headquarters via disguise. I have no clue why it took nearly two hours for the characters to do this when they basically could have done it at any time in the course of the film. It really is quite silly.

That said, if you like watching Chan and his fellow actors goof off on screen, this film has a lot of that. There are several sequences taken from Keystone Cops and Charlie Chaplin, with plenty of chases, pratfalls, and scenes of mistaken identity thrown in. I don't necessarily feel like a lot of the comedy really lands all that well, with it coming across as tiring more than funny, but there were a few moments that made me chuckle at the minimum.

What action we do get, though, is pretty good. The highlight is absolutely a bike chase where Chan uses the bike not only as his mode of transport but also as a weapon to fend off his foes. It's a whirling dance of bikes, with a lot of hitting, flinging, and pummeling, and it all works so well. It's a like a ballet and it perfectly shows the kind of skill Chan can bring to his action sequences. This is later followed by a sequence where Chan, handcuffed to a flag pole, has to scale the pole, then have a fight in a clock tower, all before the chase begins again. It's great. 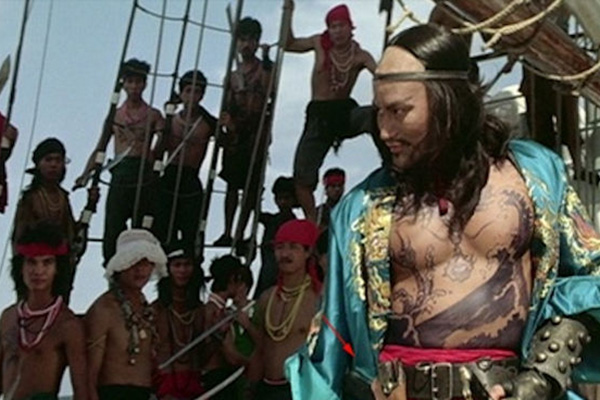 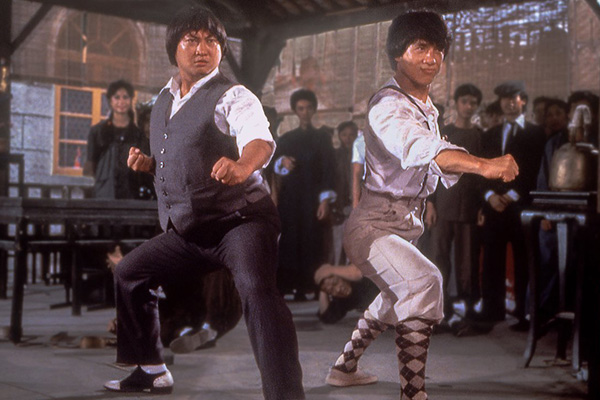 A few other fights (in a club, at the pirate hideout) also work, but don't have the show stopping power of that big chase sequence in the middle of the film. They're still better, though, than the one pirate sequence we get where our pirates, on little more than a couple of rafts, take over a decently sized ship in the most lackluster way possible. I feel like this scene is crippled not only by budgetary issues (it's a pretty fake looking sequence all around) but also maybe the inexperience of the directors (Chan and Hung) at doing action on water.

While I don't think Project A is as bad as Dragon Lord, it still doesn't rise high on Chan's list of films for me. He has better works, that are both more engaging and more entertaining, that Project A. It's a noble effort, to be sure, but it's various pieces never come together in a truly satisfying whole.