Neo, I'd Like to Talk to You About the Matrix...

With the main review of The Matrix Resurrections out of the way, we can now get into the details of the story for those that have already seen it and want to think more about what all happened in the film. Remember, this is a spoilers discussion so if you're somehow in here and haven't yet seen the new four-quel for The MatrixA speculative future story with superhero and anime influences, The Matrix not only pushed viewers to think about the nature of their own reality but also expanded what filmmakers could do with action sequences and filming. It then launched a series of movies, games, and comics, creating a franchise still talked about today. franchise, go watch that first if you want to remain pure. For everyone else: 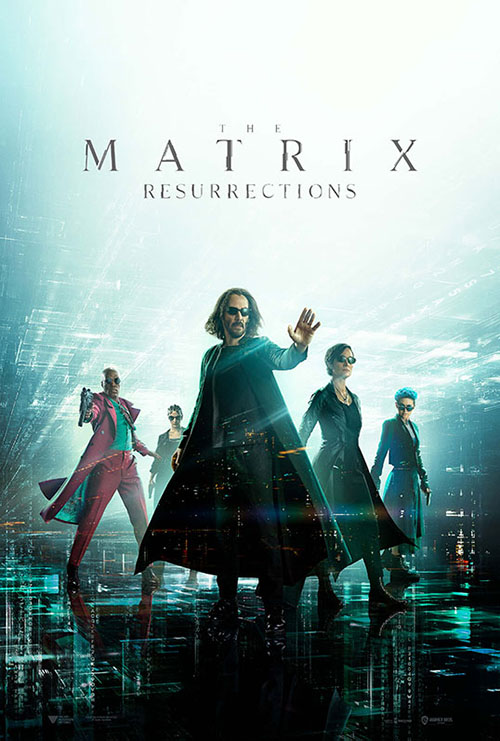 The thing about The Matrix Resurrections is that it's all about doing the previous films all over again. You could think of this film as a reboot as much as a sequel as this film does all it can to redo the famous beats of the previews movies (especially The Matrix, the only truly well-like film in the series). In many ways this film feels like a "greatest hits" of Matrix beats, delivering all the moments from the previous films at a pace that would put clip shows to shame.

It starts within the very first scenes of the film when we're transported back to the Heart o' the City Hotel for a redo of Trinity's famous early fight with the Agents that opened the first film. There in we see a Trinity (who isn't Trinity) going through the motions of that famous scene, pursued by the three agents including a version of Smith who is actually our soon-to-be Morpheus II. What we learn from this scene, and from Bugs who is there observing it all, is that this version of the Matrix is a Matrix-within-a-Matrix, a modal setup by programmer Thomas Anderson so he can test out aspects of his "game", "The Matrix". It's confusing but it does set the tone for the rest of the film.

What we get from here, then, are sequences meant to evoke previous films. We see Neo at the top of a building, trying to run away from his life as a programmer. We see Neo meeting with Morpheus and having his fateful decision over red and blue pills. We have our sequence where Neo once again appears in a dojo and learns his kung-fu. We go to the human city. We have a fight with the Merovingian. Smith launches a take-over of the whole Matrix city. We have a battle with agents at the top of another building with helicopters crashing down. We even have our heroes (yes, heroes this time around) flying away at the end of the film to Rage Against the Machine (or, well, a really bad cover of Rage Against the Machine). The film is all about its loops, its callbacks, it's modals.

There are a couple of ways to view this slavish remixing of the past (often times with footage from the original movies stitched in). One way to think about it is that director and creative head Lana Wachowski wanted to comment on the need for Hollywood to remake their own movies. Reportedly Warner Bros. wanted to go ahead with a sequel, one way or another, and if Lana hadn't stepped up with an idea for this film the studio would have eventually put a film into production regardless (one was bandied about with Michael B. Jordan for a while). So the film could be seen as saying, "reboots and remakes are silly, but since we're acknowledging the existence of 'The Matrix' as consumable media in-universe, let's just take the parody out to the extreme." It's meta-commentary on the already meta concept of The Matrix. 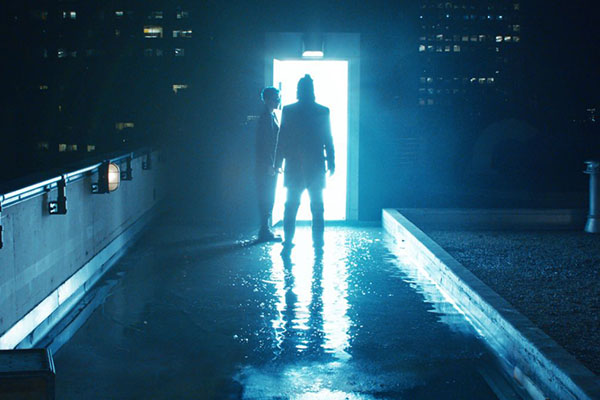 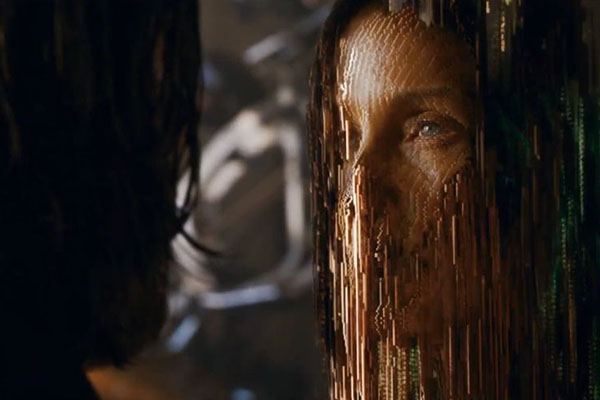 Maybe that was the intent but, for me, it doesn't play like that. It feels more like Wachowski really loved her films and waned to play in the sand box again, revisiting the moments that launched her career full tilt. It feels less like an expanded commentary on the Hollywood system than a love-letter to the films that came before. It doesn't play as a fresh take on the material, winking and knowing, but one last hurrah for a series that has run out of ideas. The original The Matrix plays as fresh and interesting even now. Resurrections is a retread of the corpse.

Honestly, all the repeating of past events feels more like Lana is finally doing damage control over the failure of the previous films. I get what the directors were trying to do with The Matrix Reloaded and The Matrix Revolutions but those films were flawed. Worse, they left the film series in a place where it felt like nothing had been resolved and that there was nowhere else for the film series to go. That's the biggest issue with this fourth film: there really wasn't anywhere else for the series to go so the movie goes back to the past to do it all over again.

This is best exemplified by the end of the film where Neo and Trinity fly in to the office of Neo's therapist (who as revealed to be a new version of the Architect called "The Analyst") where they tell the Analyst that they will make some changes and show the users of the Matrix a new world, all before flying off. It's literally the end of the first film, done again (which that Rage song). Make no mistake, this was meant to reset the films back to the end of the first movie, acknowledging that everything that had been done in the interim was a huge mistake that had to be rebooted away.

The biggest change the film makes is that now Trinity has powers of "The One". The reasoning is that she was tied inextricably to Neo's resurrection and, presumably, some of his brain-code duplicated over onto her. This really gives us "The Two" now, as they're each super-beings in this cosmic world, able to make changes at will. I don't hate this change, and it is setup by having Trinity go through her own self-actualization in the film (even doing her own "my name is Trinity!" moment). it works at a base level, as fans hated the way Trinity died in the third movie so this does feel like a big apology for that death. I appreciate that it makes Trinity a true equal to Neo, but it doesn't drastically change anything else about ending. We're still right back where we ended with the first film, all over again. 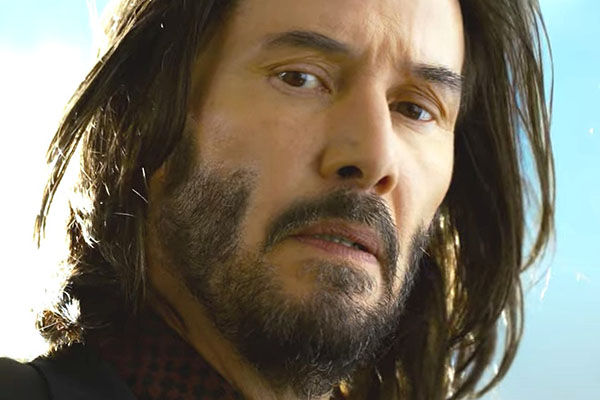 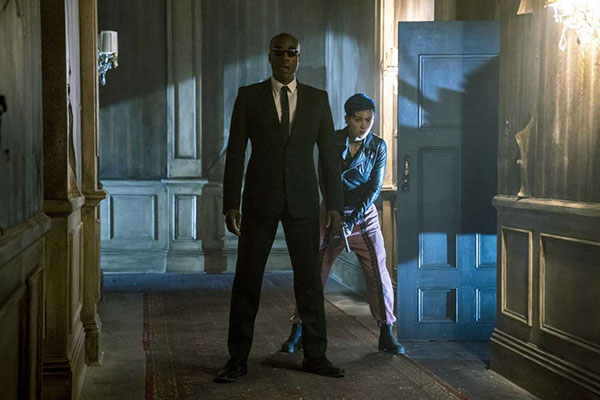 This is the biggest reason why I can say that this film is both the least essential entry in the series but also one of the better sequels. What this film does is say, "hey, the other films you watched? You know, the ones that came after The Matrix? yeah... those sucked. Our bad. Let's go back to square one." I can appreciate that, in a way, as the first film really did have all the ending we needed for the films. And Resurrections does it with style, giving us some new visuals, new characters, and an adventure that at least feels fast and fleet even if it doesn't really do much more than the first film.

That is both it's greatest strength and it biggest weakness. It knows what people want -- the first film all over again -- but it also doesn't have enough creative ideas to really push the bounds of the series beyond the basics of the previous trilogy. Resurrections did the job of resetting the series and giving us our heroes back, but it wasn't really fresh or new, and even felt a little stale in the process. Nothing can top the first film and this fourth movie doesn't even try. For fans of the series that were sad about how the last two sequels ended, this film will give you an ending you probably wanted. But its the ending of the first film and nothing more. Better to just go back, watch the first film, and pretend none of the rest of it ever happened.

Well, except maybe the The Animatrix. Some of the shorts in that film are pretty good.