Thoughts On a Matrix Reboot

While digging through my old archive of past articles for the various versions of this site, I stumbled upon one I wrote (and never posted) about trying to reboot The Matrix. Since we just had a bit of a Matrix week, it seemed like a good time to post this. I think the goal was to launch a "Reboot or Not" section on the old Asteroid G site, but that never happened (since the site died a sad and early death). 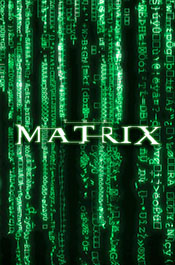 Anyway, here's the article. I'm sorry if it sucks:

In the original Matrix Trilogy we're introduced to Mr. Anderson, also known as Neo, a hacker who is looking for an answer to the great mystery of life. Something just doesn't feel right, day-to-day, and he knows, deep down, something isn't right with the world. He meets a man named Morpheus, a man that helps Neo free his mind, not just of preconceived notions, but free his mind of the entire world.

As we learn, the world is just a computer construct, a program run by a race of machines that stole the Earth from the humans (technically, you could also look at it as they inherited the Earth from us, as we built the robots, but war was involved, and the robots won). Our evil robot overlords have been using us for decades (possibly even centuries) afterwards as a power source, harvesting our brain energy while we lived out our lives in goo-filled pods while out minds were plugged into the Matrix, the virtual world.

Neo breaks free, with the help of Morpheus and his crew, learns to embrace his destiny, to be "The One", the savior of mankind that will free the humans from their virtual prison and defeat the robots. As with every person that has freed themselves of the Matrix, Neo is able to bend the rules of physics whenever he plugs back in, gaining powers of increased speed, strength, and super-jumping ability. As his becomes the one, his powers only increase, leading him to the point where he can bend the world around him and defeat the computer system's agents that want him dead.

In the second and third installments we see that Neo is still working to free the humans. Few believe he is the one, and he's certainly not the leader of the resistance. As the movie progress, we find that even if the humans won't follow him, Neo's path is set in stone. He is destined to head into the computer mainframe, where he will have to make a choice. 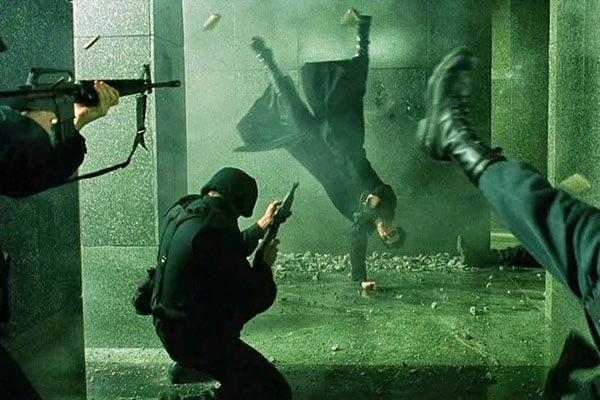 And what is that choice? Why, to add his code back into the Matrix. You see, it seems that Neo has a key bit of code within him, which is what gives him the ability to do what he does. If he joins back in with the mainframe and allows his code to be extracted, a certain number of humans in Zion (the last human city and the home of the human resistance) will be saved, allowed to build again. If he doesn't join with the computers, all the humans will be slaughtered.

Does this seem like a bogus choice? Would anyone really choose to go with the computers instead of fighting to the end? Well, apparently Neo has, or at least previous versions of him had. It seems that we're actually, by this point, on the sixth version of the Matrix, and each time it gets to this point, the system reboots, and the resistance starts all over again, without any memory of it (in fact, none of the computers seemed to know it either, as they all seemed oblivious to it in the first movie).

But, Neo this time around elected not to go with the computer, as he's in love. He chooses his love instead of the "wellbeing" of the humans, and it means there will be all out war. A war that takes up the entire third movie... and yet, really doesn't have a whole lot of plot in it.

In the third movie, the most important bit is simply that Neo and his love, Trinity, find that the only way to save humanity is to fly to the source, the robot capital, and beg for a truce with the robots... which, in the end, leads to Neo adding himself back into the Matrix and giving his code to the robots. More humans are spared than any time before, but, in essence, everything is back to the status quo and the system restarts once again.

Why it needs a Reboot:

The biggest flaw with the first Matrix trilogy is that it tries, very hard, to have one plotline throughout all three movies, and yet, plainly the first movie came about before the other two movies were even a glimmer in the writers' eyes. The second movie is a decent sequel, but very much a middle section in a trilogy - it doesn't have a real ending, and sets itself up to live or die on the strength of the third flick. Sadly, the third movie is a boring, awful mess. The series needs a reboot for redemption. The first movie is still watchable, and the ideas raised in the first two movies are (for the most part) still good and interesting. A reboot would take those ideas and streamline them into a better one, two, or three movies to give the series a proper conclusion.

Of note, a straight reboot isn't necessarily required, but it certainly would feel like one in the beginning. Looking back over the plotline of the first three movies, a premise for this fourth movie is already setup: Neo has been added back into the code, and eventually another "One" will rise up, leading to the whole mess again. A fourth movie would follow that new "One" - a neo-Neo, if you will.

Let's say for the first little while, the movie follows a similar path to the first flick. We're introduced back into the world of the Matrix, to a band of hacker-rebels who are fleeing, one way or another, from the computer Agents. These rebels are searching for a man they believe will be the one, this neo-Neo (although, of course, they'll once again think they are looking for the "One" for the first time). As we find out, they have, indeed, tracked down the new "One", but the Agents are also on his trail.

An encounter then happens where the Agents get to Neo before our team of hero-rebels do. In the original movie this took place at Neo's workplace, some generic computer programming business that Neo worked for. In the original flick, Neo isn't able to make his escape and the Agents capture him. But here is where we make our first real change. Instead of getting caught, Neo has the balls to escape. Not much has to change at this point from the original flick. We can go back to mirroring plot points, with Neo joining up and getting freed, but at least we're showing that this seventh iteration is going to be different. 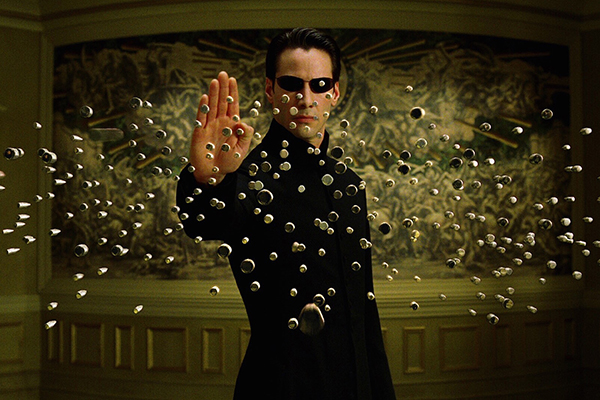 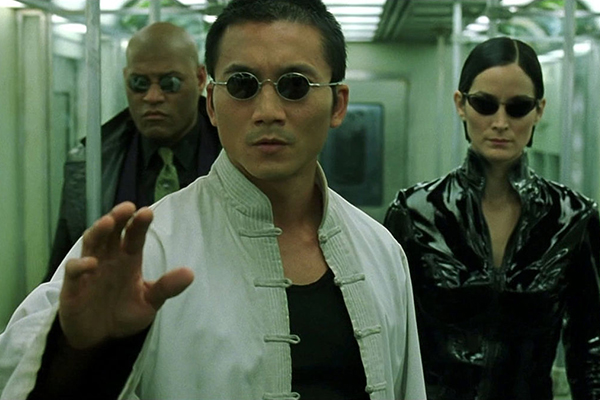 Or, maybe instead of having Neo join up with the resistance, he works from the inside. It's not as though they establish that you have to unplug to be able to kick ass Matrix-style. Certainly, Neo runs the risk of being taken over by Agents from time to time (as Agents can jump into any human still attached to the Matrix)... and yet, again, if Neo's code is so impressive, maybe he can be free of the Agents without unhooking. Certainly it would make for a different setup from this point forward.

Why would Neo want to remain plugged in? Well, it would give him a constant presence in the Matrix, without the worry of the robots trying to kill him. Maybe it allows him a chance to spread his power-tendrils everywhere, building more and more power, taking over the city and freeing portions of the Matrix from within. It's a different kind of war than the one the previous six Neos fought, and certainly would lead to a completely different ending than the first three movies.

And, in the end, while we could still end up with the crappy Catch-22 ending the third movie had, at least we'd have a chance to get away from it and give the series a true ending.

Why a Reboot Could Fail:

As much as a reboot would seem like a nice idea, Hollywood would certainly want to milk one more movie into two or three more movies, and with the way Hollywood works, there certainly wouldn't be a very daring plotline to these new sequels. Hollywood has a tendency to make movies that appeal to the broadest (read lowest) common denominator. The only way a new Matrix movie would work is if it was allowed to be daring, was allowed to distance itself from everything that didn't work in the first movies, and to try and be its own beast, no matter how much it may piss off some long-time fans.

Plus, any new Matrix movie would, presumably, have the Wackowski brothers' input (the creators/writers of the original series), and as the second and third movies should show, they don't really have many more worthwhile ideas to share with this series.