Taking the Fight into the Third Dimension

Sunsoft, bless their hearts, really seemed to want to get something out of the Blaster Master series. Although their original game in the series something of a beloved classic (especially after the "Worlds of Power" novel made it famous to a whole generation of school-aged kids), the company hadn't been able to recapture the magic in any subsequent titles. The Genesis sequel was a misfire, the Game Boy title was a clear cash-grab, and the Game Boy Color return to form still failed to understand the delicate blend that made the magic of the original game. Something was missing from the series. 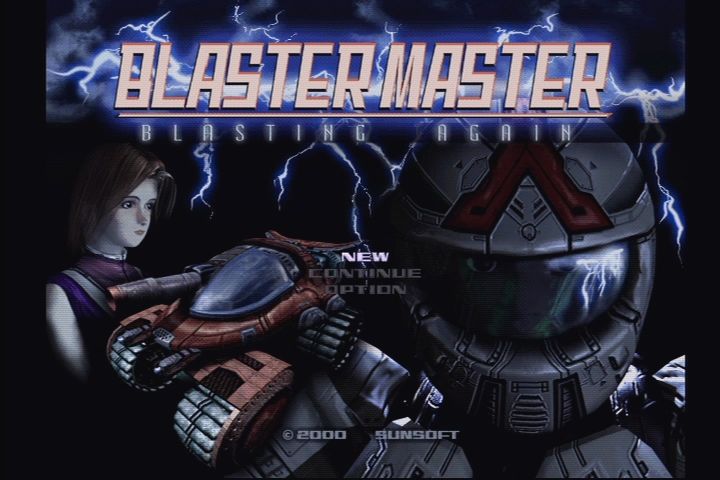 What the game series needed, clearly, was the third dimension, or at least that's what Sunsoft thought. Developed alongside the remake/sequel for the GBC, Enemy Below, this fifth game in the series was setup to take Blaster Master into the next generation by giving PlayStation fans what they wanted: a 3D adventure to show-off their consoles. I get the instinct, I truly do: every game series was moving to 3D and Blaster Master was feeling antiquated (especially on the Game Boy Color with its NES-level graphics). Fans got the retro game they demanded, now it was time to show where Blaster Master could go.

I have to think, though, that when fans put this game in their console they had the same gut reaction I did: "what even is this game?" Translating games into the third dimension can be difficult and not every series has had success adapting to the new bounds of game play. For every Mario series there are countless Sonic and Castlevania titles that bumble their way around in the third dimension, failing to find the spark of what made their classic game work while creating the right feel with this new setup. Blaster Master: Blasting Again tries, but the game still can't find its feet (or treads), once again proving just how elusive that Blaster Master magic really was.

In the game you play as Roddy, son of now-deceased hero Jason. Roddy is the pilot of SOPHIA and, aided by his sister, Elfie, who works from their home-base feeding him directions and advice, Roddy has to travel though the caverns that make up the Hollow Earth where the evil techno-aliens still reside. A build up in the aliens draws Roddy in, sending him on a big adventure through the worlds under the Earth to find the new master alien so he can kill it. And, yes, along the way he'll collect upgrades for his tank so that he can reach new areas and battle new enemies.

I don't want to just rip into this game as I can kind of see what the designers were going for with this title. This game draws clear inspiration from the original NES title and it's GBC remake, keeping the focus squarely on the Tank in the overworld sections and Roddy in the dungeons. The formula follows the basics of the series, and at its core the basic mechanics seem right. The tank is smooth to control, the platforming decent, the shooting okay. Without the Blaster Master name this would be a competent drive-n-gun shooter that probably would have drawn some comparisons but would be viewed in its own right. It's note great, but it's the name that makes it seem like it needs to be magical. That name, though, carries a lot of weight with it and Blasting Again does itself no favors with the comparison. 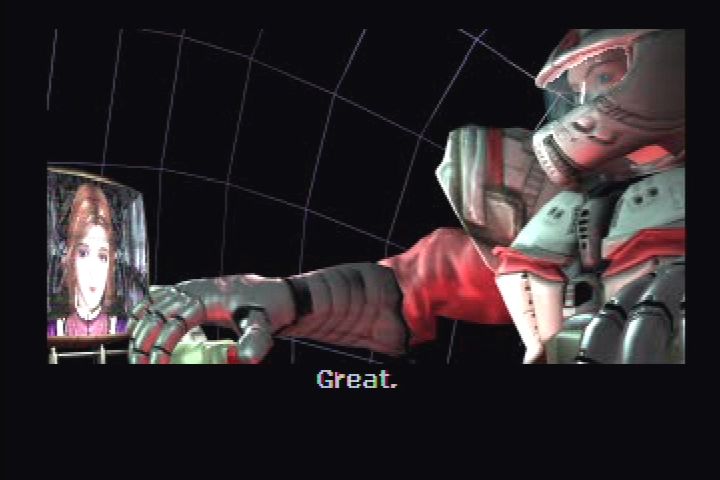 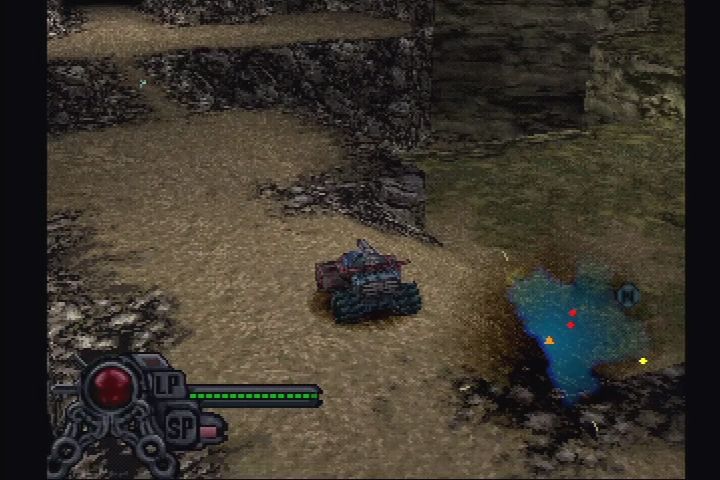 For starters, the area design of the game lacks the magic of the original title (made worse by having the GBC remake land right around the same time as this game to highlight the lack of creative level design). Where the original game featured eight zones that were visually distinct and richly detailed, every zone of this new game looks the same. It's all rocky caverns of the same times of rooms, repeated in various ways, without anything that actually looks nice. it's a lot of rocks, the occasional bit of weird bio-tech kit, and some lava or poison floors repeated over and over again. You've already seen all of the art style within the first half an hour and will be utterly bored with it five hours later when you reach the end of the game -- assuming you know where you're going and what to do.

Honestly, that's a pretty bug assumption to make as it's stupidly easy to get lost in the levels of Blasting Again. The game does provide a map, which is somewhat useful, I still found it really easy to get turned around, to lose track of where I was supposed to be going or what I should be doing, all because everything feels so samey. "It's another rocky room with some platforms in the middle. Which one of these was this?" After a while it's just hard to maintain concentration.

It certainly doesn't help that this game has just as rigid a formula as the GBC title, Enemy Below. In most zones you first have to hit specific switches to open up the dungeon sections. Then in the dungeon sections you have to break certain computer mainframes to unlock the final dungeon section of the zone, all so you can then hoof it in there and fight the boss of the zone. Once you've done that it's on to the next zone to do all that over again, just with a slightly larger map to explore. Lather, rinse, and repeat.

The game does change one part of the formula that I both appreciate but hate at the same time: once you kill a boss you're warped back to the opening section of the game. Then your sister informs you that she's finished up work on a new part for SOPHIA so you can use to further your explorations. These upgrades are just what you expect -- Climb, Submarine, and Hover -- so you know just what you're going to get as the game progresses. I honestly wish a little more creativity had been used with the upgrade parts, giving us a bit more of interest to work with, some new capability that could have really changed the game's mechanics some. I also find it weird that Elfie just doles these parts out instead of the hero finding them in the game; it makes them feel like parts of narrative convenience instead of earn power-ups. That said, not having the back-track through the whole zone, instead getting warped back home, is one blessing about the new way upgrades are handled. 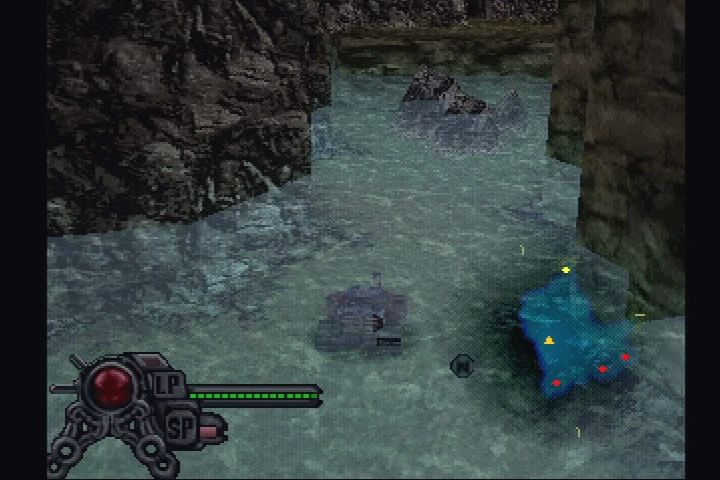 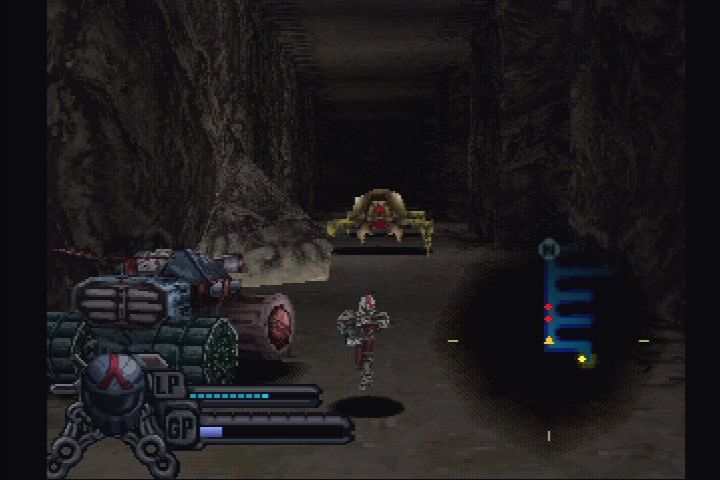 While the game itself was pretty repetitive, without much to break up the game play formula, I did at least appreciate the music that was pumped through the game. Some of the tracks are truly great (I liked the Lava Zone music, for example, and it;s dungeon theme is a real banger), so while none of them aside from the entrance zone play off tracks from the original game (and even that track is honestly not great in this game), overall the music does keep the game bopping along nicely.

I do see where the game could be improved greatly, and it's a path that feels all too natural, really: Mega Man Legends. That game diverged from the standard Mega man formula -- pretty drastically, in point of fact -- but it had a similar feel in its dungeon zones to Blaster Master: Blasting Again. That game doesn't feel as repetitive, though, because it uses a hub world, and story missions, to break up the dungeons. Blasting Again needed that, some kind of hub area that could have give the hero something to do outside of the samey caverns. Most 3D games include some kind of hub, and you can really see why that mechanic is essential in a game like this that lacks that at all.

But, again, this is a perfectly competent game. When it came out it was met with average-to-middling reviews as, even then, reviewers saw the flaws of this title. Now, nearly two decades later, the game has aged even worse. I can see the glimmer of what the designers were going for with this title but, frankly, Blaster Master: Blasting Again just doesn't live up to the legacy of its predecessor. It invites comparisons it can't live up to but, of course, without its famous name no one would have bothered paying attention to the game at all. It exists, it's decent, and it very quickly fades from memory the second you stop playing it.