About the Sonic the Hedgehog Movie Trailers, Old and New

A few months back, as I'm sure you are aware, Paramount Pictures put out the first trailer for the new Sonic the Hedgehog movie and, it's not hyperbole to say, the Internet lots its collective shit. Fans are shocked at how bad the animation was, at how terrible Sonic looked, and how stupid it seemed in general. It was described as "a travesty", something that would somehow travel back in time like a TerminatorIs it a series about a future nuclear war and the survivors of the aftermath? Is it a series of chase movies set in the present day? Is it a series about time travel? That fact is that the Terminator series is all of those concepts. The mash-up of genres and ideas shouldn't work, but the films have proven adept at mixing into a heady series unlike any other. and murder the childhood of everyone that saw it. The resulting PR nightmare was so bad that the producers immediately came out and stated that they'd taken the comments from fans to heart, were redoing all the animations of Sonic in the movie, and would push the release into 2020.

This is, honestly, a refreshing take from the producers of a video game movie. If you've seen anything the Hollywood has put out related to the video game-to-film movies, you are probably well aware that the track record for these films is somewhere around (let me double-check my numbers) zero. Arguably there has never been a good adaptation of a video game to the Silver Screen (but then, to be fair, there's also arguably the same amount of winners in the film-to-game genre as well). Sure, some would argue for the relative merits of one title or another -- some like the campiness of Mortal Kombat or the stupid fun of the first Tomb Raider film -- but for the most part video game adaptations have been terrible.

The best direct adaptation I can think of was Pokemon: Detective Pikachu and even that film wasn't a big winner (at least not in my book). The best films to tackle the video game genre have come at it from an angle, from The Last Starfighter (a low budget delight) to Wreck-It Ralph (but not its sequel), and the comic adaptation (inspired by a lot of video games) Scott Pilgrim vs. the World. Straight adaptations, though, have a track record that leaves a lot to be desired, so even the though of a Sonic adaptation for the big screen should already have sent shudders down the spines of fans of the character.

While plenty of armchair commentators railed about how the trailer looked, my concerns were more focused on the content on display. Sonic, as terrible as he looked, was at least amusing. The voice actor they got for him, Ben Schwartz (and not, Jaleel White, aka Urkel, who has voiced the character for decades at this point), is solid, the lines seem pretty funny, and the film makers at least seemed to have a handle who Sonic was as a character even if they totally botched the first attempts at his design. Considering the fact that CGI gets worked over again and again in post-production until the film looks just right, seeing a terrible version of Sonic in the trailer didn't necessarily have to be a bad thing -- even if they hadn't pulled a mea culpa, likely Sonic would have gotten a redesign or two before the final film came out.

No, the part of the trailer that worried me the most was Dr. Robotnik as played by Jim Carrey. While Sonic seems true enough to the game character to please fans (I say having not played many of the games past Sonic 3 so I don't really know his personality that well), Robotnik is a complete and utter mess. When you hire Jim Carrey for a role you basically have to flip a coin over which version you're going to get -- either you'll get the serious actor who starred in films like Eternal Sunshine of the Spotless Mind, driven and focused giving a solid performance, or you get the wild, mad-cap actor who plays his over-the-top self in every role, from Ace Ventura to The Mask and Batman Forever. The latter actor is the one that showed up for Sonic. 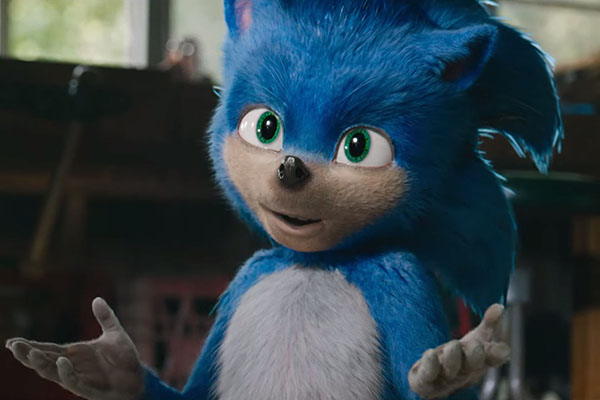 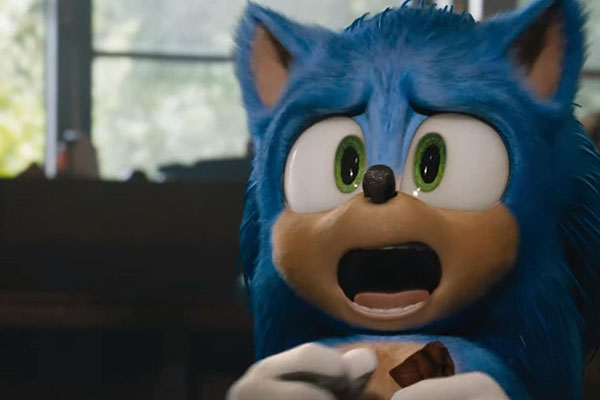 It's fair to say that Jim Carrey could single-handedly ruin the movie. While the film doesn't look like it takes itself too seriously, Robotnik is supposed to be an evil, looming presence who seeks to turn all the world into a cybernetic wasteland with robots as far as the eye can see. This is the Robotnik I remember from 1993 cartoon that aired back in the day (and it was fantastic). What we don't need is a campy, horribly over-played version of Jim Carrey doing his own thing despite whatever the script might say.

I understand that when you hire Jim Carrey for a movie you go in knowing you'll get whatever version of the character he decides to play. That's how we ended up with his mangled version of the Riddler, that's how every early vehicle for him ended up with him playing the same rubber-faced version of himself. He has a shtick, and I get it. It seems like this is the version of the actor Paramount Pictures wanted, or at least it's the Devil's Bargain they paid to have Jim Carrey's name attached to the film. He just seems so annoying, so obnoxious and out of place in the light and breezy humor of the rest of the trailer.

There's a comparison I could make and it should perfectly illustrate the worries I have over this film: Super Mario Bros. Anyone that grew up in the 1980s and 1990s probably saw that film and knows just how bad it was. It's a movie that has all the names of characters from the popular video game series but, in no way, shape, or form understands the magic of the world its adapting. That movie, with it's weird, post-apocalyptic tale of dinosaurs ruining a parallel version of New York City, mishandled the NintendoSince 1983 (with the release of the Famicom gaming system in Japan), Nintendo has proven to be a gaming company dedicated to finding what gamers want, even when the gamers don't know it themselves. From dual-screen systems, to motion controls, to convertible home console/portable consoles, Nintendo regularly proves that the weirdest innovation is exactly what the gaming community needs. so badly that the company refused to make another movie adaptation for 26 years (the aforementioned Detective Pikachu). And while parts of this movie look like it understands Sonic, Carrey's Robotnik feels like he stumbled in from the Super Mario Bros. movie.

The amount of damage this version of Robotnik could do is hard to know. The first trailer put Carrey front and center, making it look like he had a larger part in the film than even Sonic. The second trailer, thankfully, downplays Carrey some, letting Sonic act as the main character. But he's still in there, still stealing focus, still being the over-the-top Carrey we (used to love and now, more often than not) dread. Maybe Carrey's part is small, but considering he's the villain of the piece and much of what we've seen looks like a duel across country between Robotnik and Sonic, something tells me his presence in the movie will be huge. 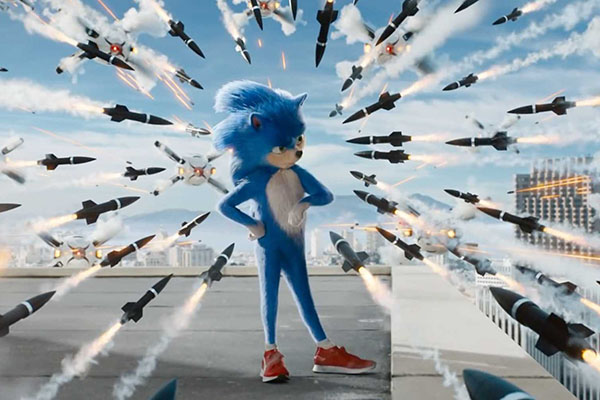 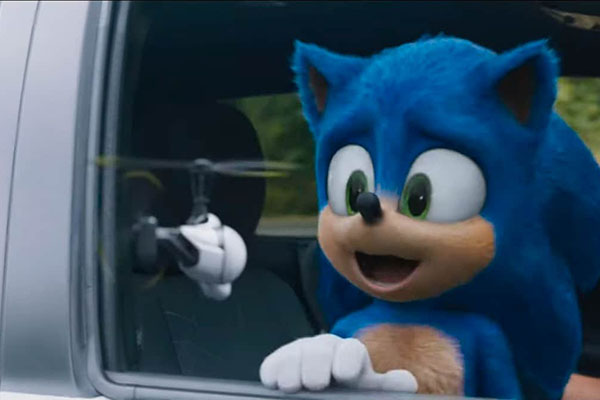 I'm not a Sonic the Hedgehog fan -- I played the classic games on the Genesis and own a fair number of them now, even though I was firmly in the SNES camp back in the day -- so getting me out to the theater to see this film was a hard sell even at the best of times. The likelihood is I will skip this film and watch it, eventually, on home video when it's nice and cheap. I'm just expecting, when the film comes out, to hear all the fanboys cry out like its fireworks day on planet Alderaan. And if they do, I'm sure the blame at this point will rest squarely on Jim Carrey.

Maybe it would have been better to leave Sonic in his mangled for if only to distract us from how bad Robotnik is in the film.