A Fistful of Rings

There is no denying that the 2020 Sonic the Hedgehog was a delightful surprise. The cards did seem stacked against it at the start, mind you, for a disastrous first trailer featuring the horrible original version of Sonic they made to the simple fact that movie adaptations of video games are almost always bad. There just wasn't any way that we should have expected that movie to be good, and yet Sonic killed it. 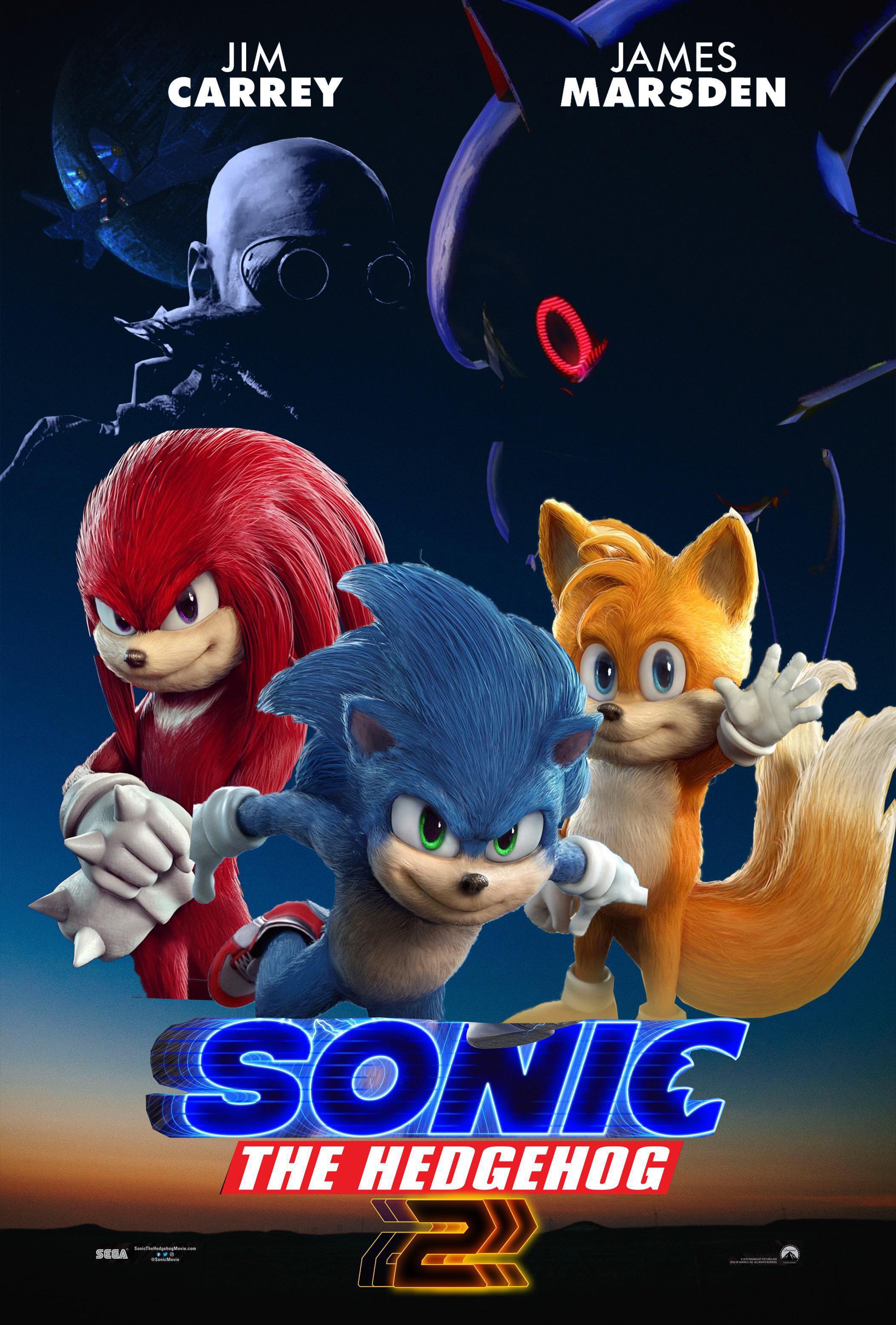 It's not a perfect movie, movie you. It's a bit silly, it doesn't feel super connected to the original Sonic mythos, and it has a horrible performance from Jim Carrey as Dr. Robotnik. And yet, due to the easy chemistry of the leads, and some pretty good humor throughout, the first movie is actually pretty fun. Add to that the cards that were stacked against it and Sonic the Hedgehog ended up being one of the best video game movies to date. Naturally, a sequel had to follow (and not just because Tails was teased in the bonus scene at the end of the film).

In plotting out the sequel it does seem like production house Paramount listened to the fans of the video games and tried to make a movie that would suit their tastes (and not just an "inspired by" movie for the general public). While this sequel doesn't throw out everything that came before, the emphasis is certainly much more on past Sonic characters and mythology. The first movie was a cross-country trip with Sonic and his human buddy, but this one feels distinctly like a real attempt to bring the video games to the big screen. It ends up a little more uneven, but also more focused, making this film about as good as the previous one (just in completely different ways).

When last we saw Robotnik (Carrey), he was trapped on the mushroom world, seemingly marooned there for the rest of his life. But Robotnik is a genius (mad genius but genius all he same) and he figures out a way to send a signal from the planet. This attracts the attention of angry aliens who come investigating, along with their leader, Knuckles (Idris Elba). When Knuckles sees the sparking blue hair that Robotnik is clutching, our mad scientist realizes he has a way to gain an ally and find a way back home, so they strike a truce and make way for Earth.

Meanwhile, back on Earth, Sonic (Ben Schwartz) has been living it up with his adopted family of Tom Wachowski (James Marsden) and Tom's wife, Maddie (Tika Sumpter). When Maddie and Tom head off to Hawaii for Maddie's sister's wedding, that leaves Sonic along to enjoy himself. This go awry quickly, though, with the arrival of Robotnik and Knuckles. Sonic is nearly killed but, thankfully, a new ally comes along: Tails (Colleen O'Shaughnessey). Tails helps Sonic escape, but Knuckles comes after them so he can learn where the Grand Emerald is, and he thinks Sonic will know. Sonic doesn't, but that leads everyone on a chase around the world in search of the Emerald's location. Only problem is that if Robotnik gets it first it could spell doom for everyone else. 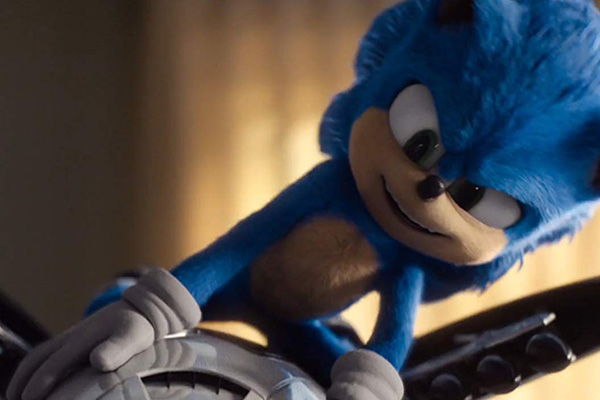 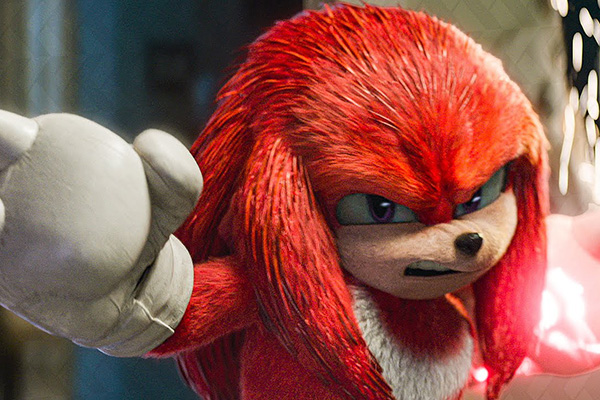 How much you enjoy this sequel really depends on what you're looking for in a Sonic the Hedgehog movie. If you were looking for something that much more closely resembled the video games of old this this film is probably for you. It has everything you're going to want: Sonic running around loops, Sonic losing his rings, Sonic and Tails pairing up and flying off, and more. Every scene has some kind of reference to the past games (way more so than the first film) and it does feel like the creators went out of their way to minimize the elements of the first movie that distracted from the Sonic retro love-fest, and I know i saw many game fans were happy about this when they posted Online.

That being said if what you liked about the first movie were the ways it tried to update Sonic to work in a more mainstream blockbuster setting then you may not like this film as much. I was a big fan of the easy chemistry between Schwartz's Sonic and Marsden's Tom and, for most of the film, the two characters barely even see each other. Sonic is also less funny here, less inclined towards Schwartz's normally motor-mouthed banter, and I feel like that lessens the character some. He was great in the first movie but instead of constantly quipping here he has more zany antics (and a lot of dancing).

The funniest part of the film, in point of fact, is Knuckles. Played as straight as he can by Idris Elba, Knuckles reminded me (and my wife) of Worf from Star Trek. He's very uptight, very serious, and also very literal. The film mines a lot of humor out of his fish-out-of-water personality and it works really well. The film is still funny it's just funny in ways that will appeal to a different audience than the first film.

An there are still plenty of elements that don't work here. Carrey's Robotnick is still the absolute worst thing about these films as he's way too broad and tonally different from everything else. He's the Riddler, but cranked way past 11, coming in from a very different kind of superhero movie that the rest of this film wants to be. Yes, it's family-friendly fare but the humor here is more family-friendly Lower Decks while Carrey feels like he rolled in from Mad TV. It's an absolute bad fit. 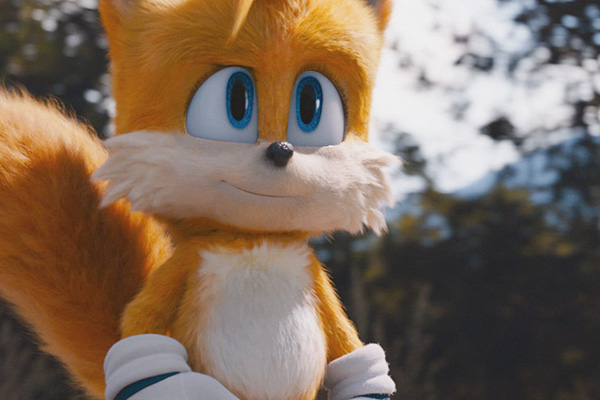 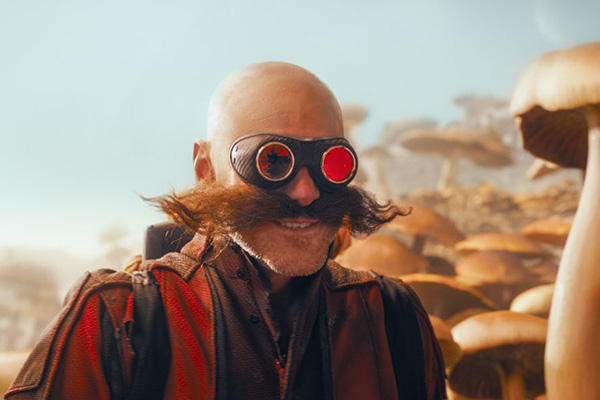 I feel like I also have to mention the need-drops of the film. Sonic does a lot of boogieing throughout the movie (probably because family-friendly CGI animated films have dance parties as part of their formula) but the songs selected here are just so out of place. Songs like "It's Tricky", "Here Comes the Hotstepper", "This Is How We Do It", and "Barracuda" are all fun tracks but they feel odd to be included here. The worst offender, though, is "Uptown Funk" which gets a lot dance sequence choreographed to the song. A song which hasn't been big in seven years at least. The other songs are deep cuts from the 1970s, 1980s, and 1990s; "Uptown Funk" feels like it was included because five-year-olds like to dance to it. It panders.

Despite the flaws, though, I did find myself enjoying the movie. It has a solid pace to it and it really does just keep rushing from one event to the next. The story isn't as deep as the first film, and there's a lot less character development this time around, but it trades all that for speed and action. That gets us right back to the main point all along: speed and action are the Sonic the Hedgehog way and that's what the fans of the games craved. You get that here, along with all the retro references you want. For fans of the games, this movie is probably their dream.

Everyone else will still likely find a movie to enjoy, just a slightly less interesting one. Sonic the Hedgehog 2 is fast, fun, and funny, and it does keep you engaged the whole time. I just hope that when the inevitable third movie comes out we get some kind of balance between the humor of old and the game-heave referencing of the sequel. Those two in better measures just might make for the best of these movies yet.