The Legend Lives On

Back when it came out I copped to the fact that 2018's Black Panther. It was an origin story for a hero that had already been introduced (back in Captain America: Civil War) leaving the film in search of a major storyline for its lead actor. It did have a compelling B-plot with Michael B. Jordan's villainous Killmonger, but as far as actually giving the hero the kind of story he needed, it was lacking. Make no mistake, the whole cast was good but the film itself was lacking. 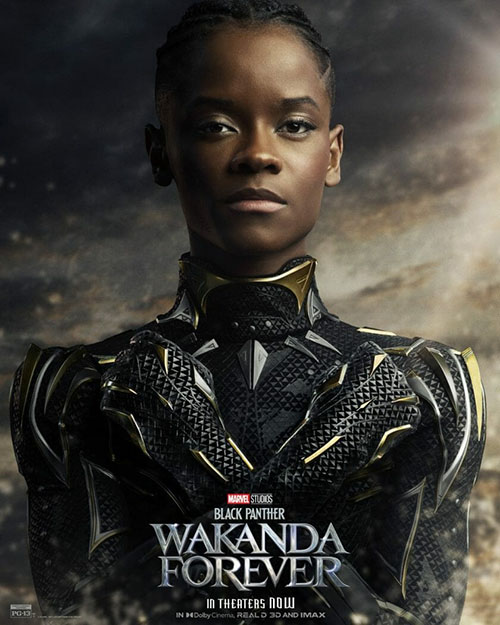 In the interim, since his solo film, Black PantherCreated by Lee and Kirby, Black Pather first appeared in the pages of Fantasic Four before going on to feature in his own books. Among his long run in comics and many skills and abilities, he's credited as being the first comic character of African decent. appeared in two more AvengersMarvel's answer to DC's Justice League, this team features many of Marvel's biggest superheroes working together to protect the world and avenge its evils., but before his second solo film could get into production, lead actor Chadwick Boseman died. This would cause issues for any production, but for one where the character was inextricably linked to the star (Black Panther made over $1 Bil and Boseman was Black Panther from that point forward) any thought of recasting the role was thrown out the window.

I don't think this was a bad call. Over time the actor grew into the role and it would have been weird to see someone else take over as T'Challa. The producers rightly decided to go forward with the cast they had, had T'Challa die before the movie starts up, and let the rest of the characters mourn him while, somehow, the role of Black Panther is passed to a new character. Logical, respectful, and a solid call for the Marvel Cinematic UniverseWhen it first began in 2008 with a little film called Iron Man no one suspected the empire that would follow. Superhero movies in the past, especially those not featuring either Batman or Superman, were usually terrible. And yet, Iron Man would lead to a long series of successful films, launching the most successful cinema brand in history: the Marvel Cinematic Universe.. I just wish that the film they made out of all of this was more interesting.

The film picks up right as T'Challa dies off screen (due to a sudden illness). His family, sister Shuri (Letitia Wright) and mother Ramonda (Angela Bassett), are understandably devastated. Wakanda has lost its king, as well as its protector, the Black Panther. With Killmonger having destroyed the magical flowers that granted the Black Panthers their power, no new Black Panther could rise to save the country should a threat emerge. And, of course, a threat does emerge.

Although the various nations of the world want to get their hands on Wakandan tech and, especially, Vibranium, Wakanda hoards and protects it. The precious substance could be used as a weapon of mass destruction in the wrong hands. While the surface countries battle (politically) with Wakanda, a threat from below the sea makes itself know. Namor (Tenoch Huerta Mejía), god of the oceans and protector of Talokan, takes out a joint U.S. DoD operation when the surface dwellers come searching the ocean floor for Vibranium. This leads Namor to demand that Wakanda take care of the mess: find the scientist that created a device capable of detecting Vibranium, bring them to Namor, and keep the secret of the ocean kingdom. Otherwise it will mean war. And war, sadly, is more and more likely by the day. 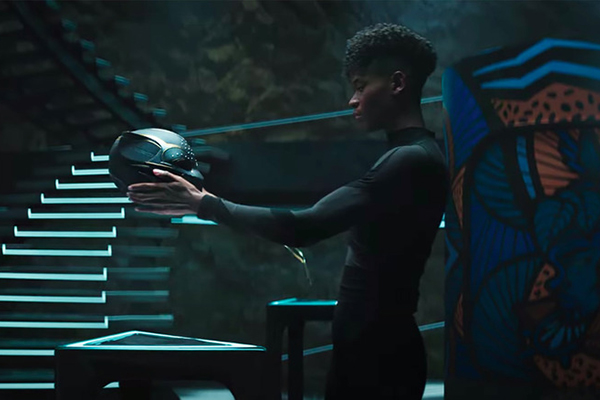 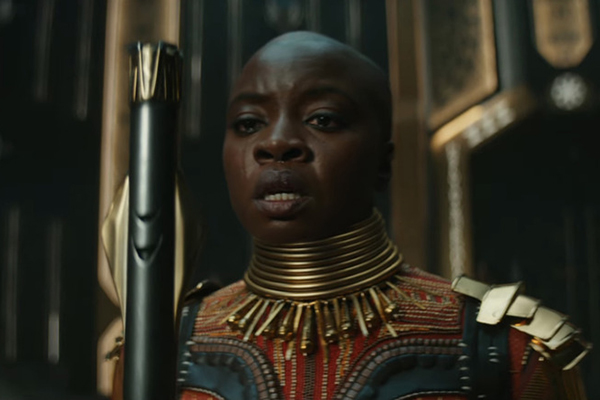 The best part of Black Panther: Wakanda Forever is is big cast full of colorful characters. Yes, this is a diverse cast, but what I mean is that all the major characters, save one, are interesting, vibrant, and charismatic. The cast is an absolute joy to watch from Lupita Nyong'o's undercover spy Nakia to Danai Gurira's Dora Milaje warrior Okoye, and Winston Duke's warrior leader M'Baku. They all bring great chemistry, and deep performances, to their roles. I love all the side characters in this film.

Sadly, this is not their movie, not really. This film is about Letitia Wright's Shuri and, man, is Shuri a buzzkill this time around. When she was the ! to T'Challa's bond, Shuri was bright and vibrant, and sparkling, happy character. Being forced into the lead, due to her brother dying, Shuri loses her spark. Plenty of great characters exist in this film but Shuri is just not able to take on the lead role with any kind of conviction. She's split between being a leader and being a tech genius and, here, it just doesn't work. Shuri is no Tony Stark.

Speaking of Stark, we get Tony's successor in this film (although she's never called Ironheart by name). Riri Williams, played by Dominique Thorne, makes her MCU debut here and, honestly, she's great. The film doesn't really give her much to do (just like it hard lets the other side characters do much besides be there for Shuri), but the few scenes she has sparkle. She gets to build her own Iron suit, she gets to kick ass, and she certainly has the opportunity to be more interesting than America Chavez over in Doctor Strange 2. Her inclusion here fits the same purpose, to introduce a new character in the universe for us to follow later, but I feel like this film does a better job with the introduction.

And hell, I even like the villain. I felt like Namor was an interesting and nuanced bad guy, one who, from their point of view, really wasn't the bad guy. Yes, he doesn't make ultimatums of the Wakandans. Yes, he does eventually attack the country, and kill some people important to the kingdom. Yes, all of this is bad if you're a Wakandan... but from his perspective, given all he's seen from surface dwellers and colonizers, frankly his actions aren't just understandable, they're justifiable. The film finds a way to keep all of the characters, and their motivations, in shades of grey, creating one of the most nuanced villains to grace the MCU, right up there with Killmonger. 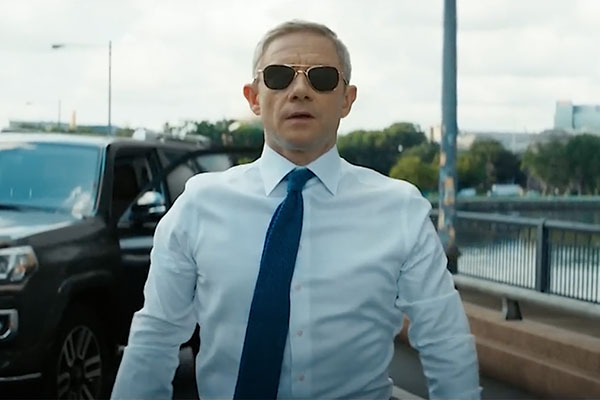 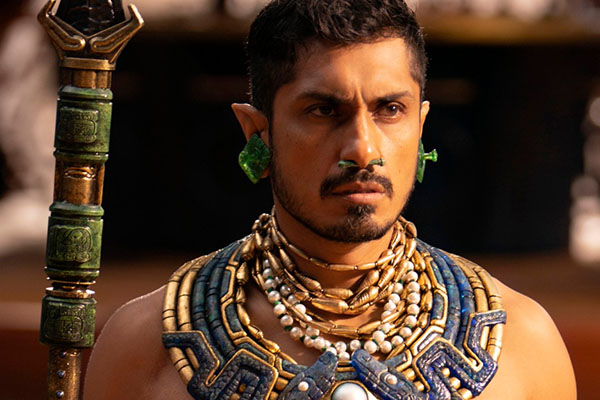 But Shuri's story in and amongst all this, is just boring. Worse, it's something we've already seen before, and from a Black Panther no less. Shuri loses someone, she gives in to grief, loses her way, hunts for vengeance, and then learns that, hey, maybe vengeance isn't the path I really should take. It's the exact same storyline her brother went through back in that Captain America, and even if T'Challa hadn't just done it, it's still a tired storyline done to death in one superhero film after another. This film, for all its great political commentary, comes down to a tired story of "what does it mean to be a hero?" Bleh.

With all the great characters in the film I don't know why we had to make Shuri the hero. There are so many interesting stories we could get in Wakanda, so many people that seem more deserving of being the Black Panther. But no, a boring character got to be the boring panther yet again. And people wonder why I get bored by these films.