In the Gray Zone

Over the last few months NetflixOriginally started as a disc-by-mail service, Netflix has grown to be one of the largest media companies in the world (and one of the most valued internet companies as well). With a constant slate of new internet streaming-based programming that updates all the time, Netflix has redefined what it means to watch TV and films (as well as how to do it). has taken quite the drubbing. They lost subscribers for the first time ever last quarter, and then took a massive hit to their stock price. Commentators online spelled "the end of Netflix", writing post-mortems for the streamer before the end was even close (we may have even indulged in this just a little here). They announced plans to refocus on bigger budget films, even going so far as to look at limited theatrical releases for this filsm (a stark about-face for the company). Things looked rocky, to be sure. 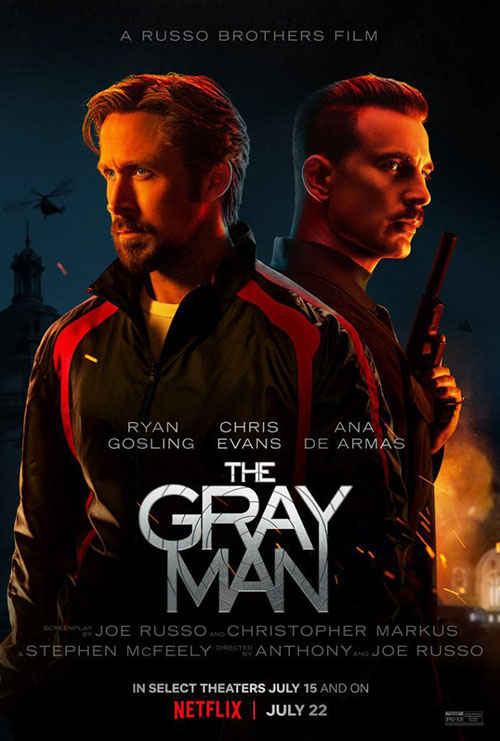 Their first big film to follow that announcement was The Gray Man, an action flick starring Ryan Gosling and Chris Evans, released in theaters one week before it debuted on Netflix. Every reviewer that got to see the film early (so, not us) talked about how this was a spectacular failure of the movie. It was said to be "tedious, dull, lacking charisma", and clearly spoke to how Netflix was botching their next phase of life. For my part I will state that i don't think this is the strongest movie we've seen in 2022 so far, but it's a solid little bit of popcorn action, and certainly one of the better movies Netflix has ever released (a low bar, to be sure). It may not be perfect, but despite what others might say, The Gray Man delivers on one front: it's actually pretty fun.

Directed by the Russo Brothers and written by their previous Marvel Cinematic UniverseWhen it first began in 2008 with a little film called Iron Man no one suspected the empire that would follow. Superhero movies in the past, especially those not featuring either Batman or Superman, were usually terrible. And yet, Iron Man would lead to a long series of successful films, launching the most successful cinema brand in history: the Marvel Cinematic Universe. collaborators Christopher Markus and Stephen McFeely (with Joe Russo pitching in on the script as well), The Gray Man follows "Sierra Six" (Gosling). Grabbed by CIA agent Fitzroy (Billy Bob Thornton) from prison, Six was trained to be a covert killer. For fifteen years he did his job, and did it well, doing the wet work that had to stay off the books. Things shift, though, when Six is sent on a mission to take out a target, only for that target to reveal they're another Sierra. Apparently someone in the agency is cleaning house and putting the Sierra program out to pasture. Sierra Four gives Six a pendant with a flash drive in it and then dies, leaving Six on his own to figure out what all is going on.

Forced on the run, Six finds help, eventually, from his handler, Dani Miranda (Ana de Armas), his handler with the agency. The help is needed, too, has the operations chief, Denny Carmichael (Rege-Jean Page), called in a special operative who works deeply off-book and in the black. Lloyd Hansen (Evans) is a sociopathic killer with no remorse tasked with killing Six and retrieving the drive, and he'll stop at nothing to do it. He kidnaps Fitzroy's niece, Claire (Julia Butters), and holds her hostage. Six will have to fight through a lot of dudes, and cause a lot of carnage, all to get the girl and make sure the truth about everything comes to light.

Let's start off with a very obvious disclaimer: The Gray Man is a messy movie. It has a lot of moving pieces and a lot of plot threads it has to massage together, not all of which work well. The film is fond of cutting to flashbacks ergularly to show us key pieces of back story for Six, and while this does help to flash him out as a character it stops the actual plot momentum in its tracks. It has a ton of characters to introduce, not all of whom get a lot to do but the film has to take time to let us know who they all are. And with all the plot threads going it leaves the film dragging, even with the movie only clocking in just over two hours. 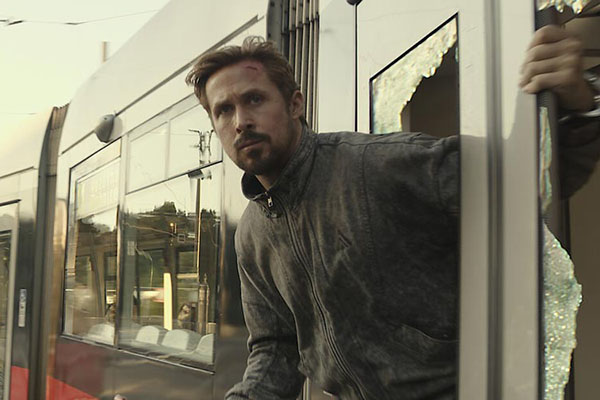 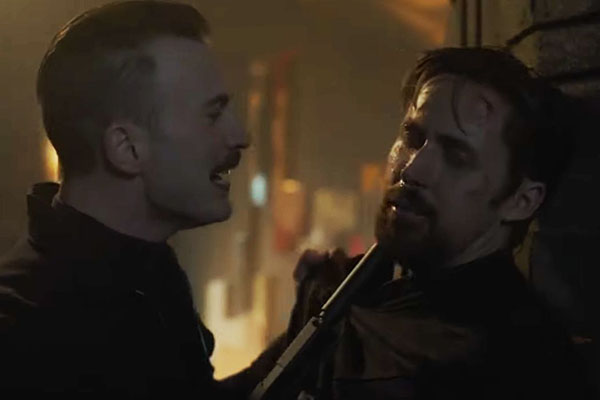 At times the film is also pretty messy when it comes to its action. There are a few sequences that do work -- a trolly sequence through Berlin that feels ripped from a The Fast and the FuriousStarted as a film about undercover policing in the illegal street-racing community, this series has grown to encompass a number of different genres and become one of the most bankable franchises in the world. flick, a couple of good shoot outs and one solid fist fight -- but none of them really land the way they should. Sometimes the film gets overly choppy with its cuts and edits, such as in a climactic fight between Six and Lloyd. Other times it has to rely on bad green screen and even worse CGI to try and paste over poor cinemtography. There are plenty of times that the film feels like a low-budget action flick from the mid-1990s and not a $200 Mil blockbuster. There's no cohesion, and no style, to the action which often deflates the thrill of it.

And while we're piling on, the titular "Gray Man" is kind of a dud. Make no mistake, Gosling does what he can with the role, injecting some humor and charisma into his performance. The problem is that Six isn't a very richly written character. He's like a human Terminator, going from one sequence to the next and killing anyone in his way. Gosling plays this credibly enough and you do believe, by movie's end, that he's the best contract killer in this universe. But as far as really caring about him or his quest, the film doesn't really manage that at all.

Note, however, that I said the film was fun. It is, and in large part that's because of Chris Evans. He delivers an absolute scenery-chewing performance as bad guy Lloyd. He clearly has a ball playing the heavy in a film like this, taking on the villain role when, just a few years prior he was the good guy running into fire fights. Evans had proven himself to be a ham on several occasions, and he taps into that here (with just the right amount of dark edge) for his turn as a contract killer. Evans adds much needed life into this movie.

Though the plot may be dumb, there is some fun to be had in this ludicrous back and forth series of double- and triple-crosses. The film build a big pile of betrayals and carnage as it rolls to its end, and it's all totally stupid and amounts to nothing, really. And yet, in the moment, it can be kind of fun. This isn't an intelligent movie, and any dream the Russo's might have had of building something to rival, say, James BondThe world's most famous secret agent, James Bond has starred not only in dozens of books but also one of the most famous, and certainly the longest running, film franchises of all time. or Jason BourneLost without his memory, but bearing a particular set of skills, Jason Bourne has to figure out who he is and just why everyone seems to want him dead. falls flat on its face. This is low-grade pot-boiler action, and it works at that base level. Thirty years ago this would have been the kind of film Steven Segal or Jean Claude Van Damme would have starred in and it would have been great for its cheesy qualities. That's what works now, despite Netflix's hopes of it being something more. 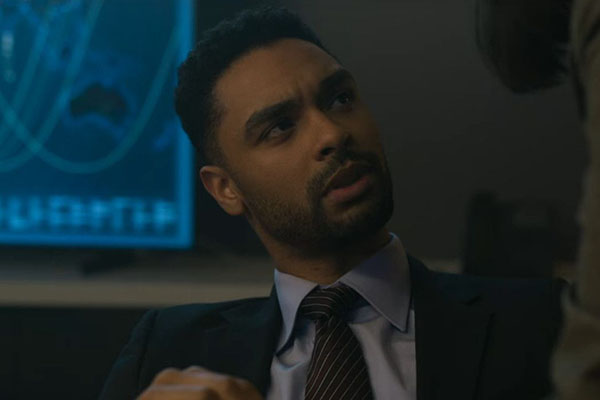 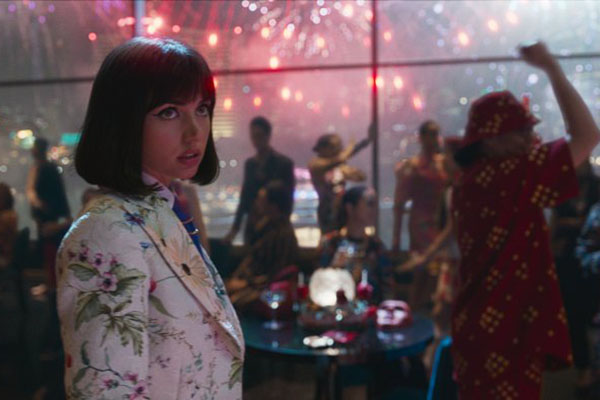 It's hard to say whether the Russos really are great directors of it they were just lucky to fall into the Marvel machine. Certainly their best film they've done was also their earliest Marvel effort, Captain America: The Winter Soldier. The films they've made since have been bigger, messier, and not really as focused or as interesting as that Captain AmericaCreated by Simon and Kirby in 1941, Captain America was a super soldier created to fight Germany and the evil HYDRA. Then he was lost in the ice, only to be found and reborn decades later as the great symbol of the USA. flick. Plenty of people online are singing about the end of the Russos' careers just like they're calling for the end of Netflix. Somehow I doubt either are happening quite yet.

This is a messy and sloppy affair for both the Russos and Netflix, but it's not a total disaster. There's fun to be had here just, in the future, someone needs to focus the Russos more. For the sequel and spin-off of this film that have already been announced some control needs to be placed on the production to turn out a better film. The Gray Man is watchable but Netflix is going to need better, long term, if they're going to turn their ship around.