Knight to Pawn Something

I have to sometimes think about what's a good subject to cover on this site. There are shows I watch that don't really seem to fit into the "nerdy" subject matter of Asteroid G, such as some police procedurals (Amazon's Bosch, for example, which I've watched six seasons of but have written exactly zero words about until right now) or other period dramas (although I keep meaning to review Mad Men, season by season, and still haven't). Sometimes a show just doesn't fit int the things I feel I can "get nerdy" about. 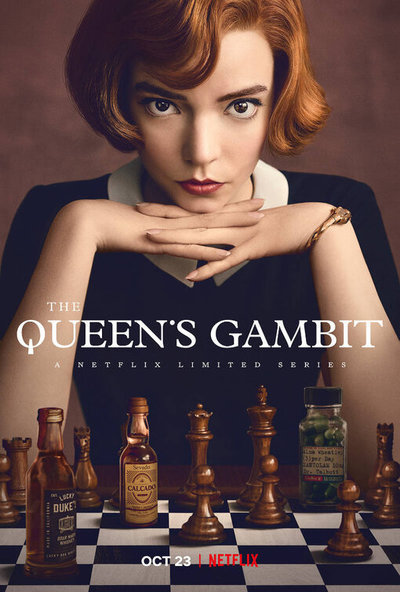 On one hand The Queen's Gambit is another period drama, something I might like (I do have a love for period dramas, weirdly), but it's also about Chess, one of the nerdiest games I can think of at this point. Chess, the game that has clubs in school where all the nerdlings go to hang out among their kind and exchange pocket protectors. Okay, it's not quite that bad, but you get the idea. Chess is a subject that should be easy to cover on a site such as this because how do you get more nerdy than Chess? You don't.

And yet this show, while being utterly about Chess, also isn't really about Chess. Yes, the main characters all play Chess, all they talk about is Chess, and all they think about is Chess. At the same time, though, it's really about the characters, the setting, the mood. Chess is the medium, much like advertising is the medium for Mad Men, but at its heart we're really here for a period drama. So does that really work on this site or not. It doesn't matter, we're already three paragraphs in at this point and we're going to talk about this limited series, but you can understand my struggle.

I have one other issue when talking about this show that I should make clear up front: I suck at Chess. I know the basics of how the games works, the way the board is setup and how the pieces move, but I'm wretchedly bad at the game. There are players out there that can see the board, can understand every piece in relation to every other, and can strategies eight moves ahead without even needing to see the board. I am not that kind of person; when I play Chess, I'm lucky to see one move ahead. Hell, I'm lucky to understand the move I'm about to make. I'm the balance in the universe that ensures there are fantastic players because I'm the exact opposite.

In a way I feel like that makes me unqualified to talk about a show like this because, frankly, I don't know the game well enough to be able to say if anything going on at the Chess boards is realistic. The series makes it flashy enough, and that's a weird thing to say about Chess, but the only way I can get into the game is through the viewpoint of the character because what happens on the board is entirely Greek to me (and, yes, I realize the game was invented in India, that doesn't change my point). 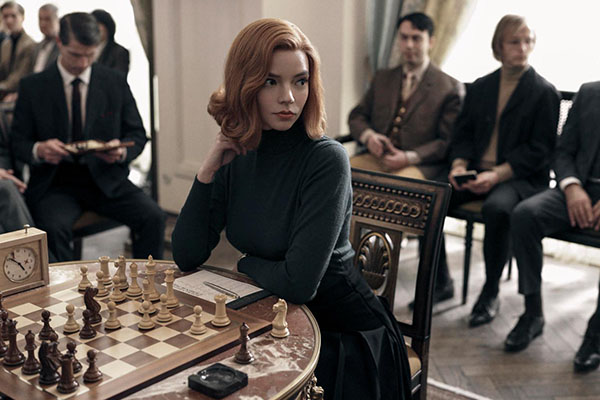 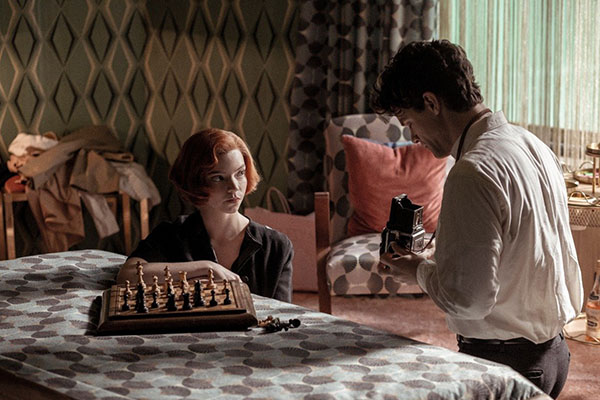 It's a good thing, then, that the show has such an engaging character at the lead to guide us through the series of seven episodes. Beth Harmon (played by Anya Taylor-Joy as an adult, Isla Johnston as a younger girl) is a bright, if distant, girl who loses her mother early on and ends up at an orphanage. While she does make a friend there, Jolene (Moses Ingram), she really doesn't fit in well at her new home. But then she ends up having to go into the basement of the home on an errand, and there she finds the janitor, Mr. Shaibel (Bill Camp), laying Chess by himself. She's intrigued, manages to get him to let her play, and soon she's wiping the floor with him despite never having played the game before.

From there we follow Beth as she's adopted by a (not really) loving family, is raised by her adopted mother Alma Wheatley (Marielle Heller), and begins to enter into Chess tournaments. Soon she's destroying everyone she comes up against in the game, but she's also catching their eye (with more than a few of them clearly sweet on her). Romance, though, isn't what interests Beth as she just wants to be the best. To do that, though, she'll have to go up against Russian World Champion, Vasily Borgov (Marcin Dorocinski), a feat she repeatedly fails at over the course of the series. She has to keep her head in the game (and out of a bottle of booze and pills) if she ever is to have any hope to become the absolute best in the world.

From some angles, this mini-series follows the standard tropes of any biopic. We get a young person with talent, watch them grow up and grow into their abilities, but at the same time the very genius that makes them special also drives them into a kind of madness. They rely more and more on booze and other substances and it's only when they finally get sober that they become who they truly were meant to be. The key difference here, of course, is that the story is fictional (there was never a real Beth Harmon, just other famous, female Chess players of the time), but that doesn't change the fact that the broad strokes of the biopic formula are still visible.

Why it works here, though, is because the series take the time to invest in the lead character. Instead of trying to cram all of Beth's story into a tight two hours, we get seven hour-length episodes documenting different parts of her life, giving us time to learn about her and view her as a real, breathing person. That means we can enjoy the good moments of her life, be with her for the down beats, and slowly watch her evolve and change through her life. It's a fabulous way to handle this kind of story because we're not simply rushing through the beats but living with her as she evolves. 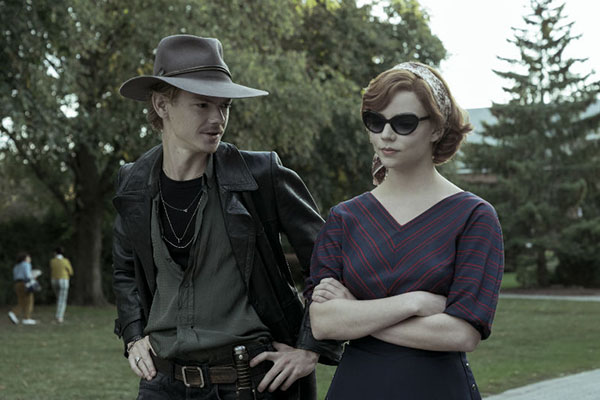 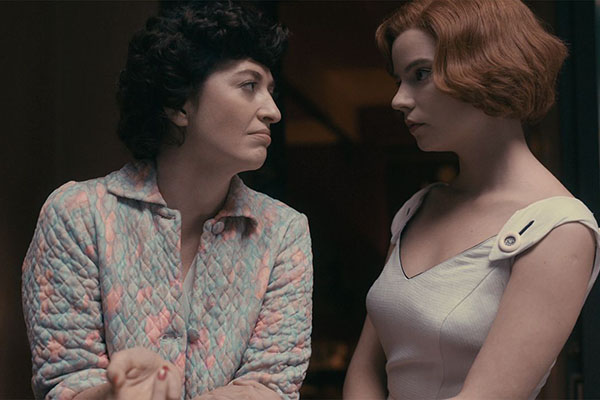 The production is absolutely gorgeous, which helps as well. This is a solid period piece that really drops you into the 1960s and shows you the world of Beth. The set design and costumes are great, with the middle class life feeling appropriately trimmed back in comparison the fancy locales Beth gets to travel to as she goes from one Chess tournament to the next, racking up wins (and winnings) in her quest to be the best. The whole production feels lush, making the 1960s feel like a setting you'd want to live in (although, back in the real world, I think I'm okay having not been born back then).

Focusing all of it is lead actress Anna Taylor-Joy. I've seen her in other works before this -- The Witch, both the Unbreakable sequels -- but here she really takes over the screen. Her presence is magnetic, sucking you in and keeping you focused on her story, her game, her life. Yes, she makes Chess interesting to watch (even for someone like me), and it's all through her performance. She's a fantastic actress and now I want to go back and see what else she's been in.

Overall, this series is great. It makes me want to watch more Chess, at least when its filmed this way. Admittedly I know as little about the game now as I did when I got into the series, but it's it's going to be done like this I'm in. The only major issue I have with the series is that while it resolves one of her big conflicts, I feel like Beth's story is still left open. There is no more story to tell, mind you -- the series is based on a novel and there was never a sequel -- so this is all we're getting, but I just want more. I guess that's a good thing, in a way, because it obviously means the series sucked me in. I just feel like there needs to be more so we can see where she goes from here.

But that's a minor complaint, if it even counts as one. This is easily one of the best period pieces I've seen in quite some time. Whether you like Chess or not (and I'm very much in the "not" camp), this series will suck you in. You'll find yourself going in to watch just one episode and then you're in it for seven hours. So, maybe start it on a weekend so you don't have to stop the binge.