Not every adaptation of a work by Stephen KingRIsing to fame with the release of his first book, Carrie, Stephen King is one of the most prolific, and most successful, American authors (in any genre, not just horror). is going to be a winner. Hell, let's be honest, not all of his books are winners either, but most of the novels he wrote early in his career, at least, tend to be pretty decent reads. A good book, though, doesn't always translate into a solid movie and there are any number of forgettable, or outright bad, theatrical versions of Stephen King stories. There are probably more misses than hits at this point, if we're being absolutely frank. 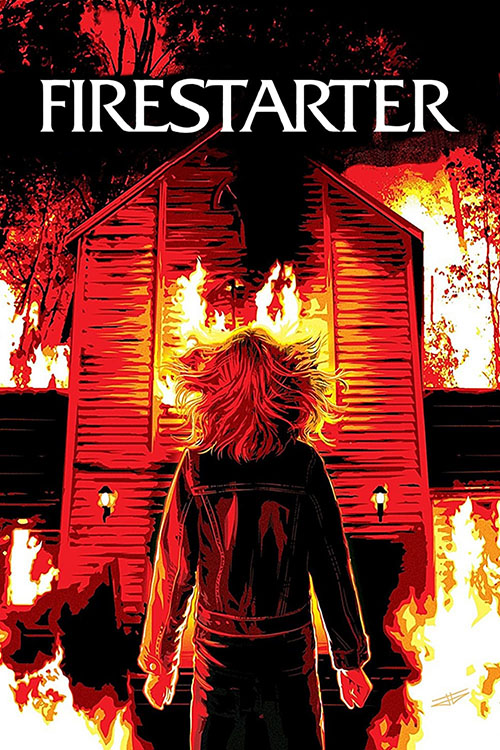 1984's Firestarter isn't as bad as some of the Stephen King adaptations we've reviewed. While it's not quite as strong as some of the versions of Carrie we've looked at, it's also nowhere near as bad as any film in the Children of the Corn series. It's an okay, if limited, film powered largely by the performances of its lead actors. And considering one of the two of them was only 9 at the time of release (and probably only 8 while the movie was being made), that's a pretty solid accomplishment.

The film opens with Andy McGee (David Keith) and his young daughter, Charlie (Drew Barrymore), already on the run. They're being hunted by government agents from "The Shop", a covert group even more deep cover than the NSA and into even more underground tech than DARPA. Years before, Andy had met a nice lady, Vicky (Heather Locklear), while they were both college students looking for cash during a medical experiment. They bonded while they were administered "Lot 6", a mysterious drug that, as it so happened, gave each of them some kind of telepathic powers. The two got together, got married, had a kid, and that kid, Charlie, developed pyrokinetic abilities. And, through all this, the Shop was watching.

Now, years later, the Shop wants them so they can be experimented upon. Shop leader, Captain James Hollister (Martin Sheen), would do anything to have Charlie under his control, a "firestarter" with that kind of ability could do anything, take out any target, could make the U.S. into the ultimate superpower. Or she could break the world in two. Charlie is someone to be feared and, deep down, even the Captain knows she may have to be put down. Still, if they could just get father and daughter into the Shop they could test her and see what she was capable of. So Andy and Charlie have to run and hope they never get caught.

Considering when this film was made, Firestarter is an understandably goofy movie. It has the hallmarks of a low-budget film made in the 1980s with cheesy special effects, rough cinematography, and a kind of low-end aesthetic that pins it as "made in the 1980s" and not another decade. It's not bad if you're used to watching films from this era, but it certainly doesn't feel modern by any stretch. Physically this film has aged, and it shows. 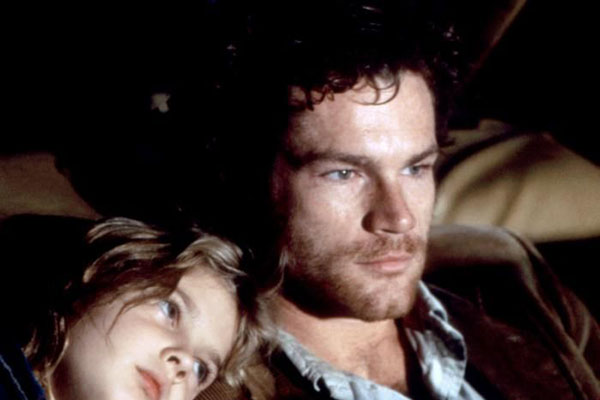 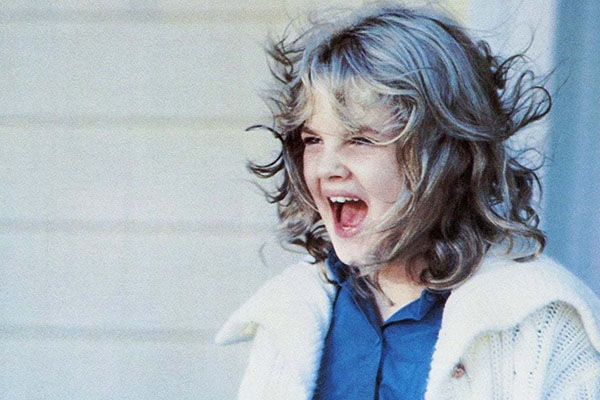 That said, the core story of film works well. The chase as Andy and Charlie run from the shop feels tense at times and the movie does a good job of selling us on thee danger these two are in. A wise choice is dropping us right into the action as Andy and Charlie are already running, instead of starting with their back-story and giving us all the details of the "happy family" before the government interceded. We do get those details, but as snippets, and after we've already been introduced to father and daughter. We care about them as characters before we even know why they're running and that puts us solidly on their side.

As noted, the big strength of the film is certainly the central duo. David Keith does a solid job as Andy, selling us on his bond with Charlie and his fear of what will happen if she's captured. He does get saddled with a goofy power -- the ability to bend minds around him but only if he clutches his head and squeezes, which just looks silly on film -- but for the most part he sells the character of Andy really well. This is especially so when the film gives us quiet moments where he can just act like a father and he can feel the bond he has with Charlie.

Naturally, that requires Charlie to also be played by a solid actress, and here we have an early performance from Drew Barrymore. There's a reason Barrymore has been acting for the last 40 years as she's great here, a solid actress even at this early age who could easily carry a role, and a film, like this. As with Keith she is sometimes saddled with goofy moments -- the times where the director blew a fan in her face and told her to "breathe heavy" to indicate she was using her fire powers just don't work -- but over all Barrymore is the heart and soul of this picture and it's doubtful another child actor at the time could have pulled off this role nearly as well.

For the most part the film is a solid bit of cat-and-mouse. Where it falls apart is in the last act, once Andy and Charlie are inevitably captured (spoilers for a 37-year-old film). While this is a set of scenes that had to happen, the film was building to this, having our heroes get captured actually drains all the energy out of the film. Much of the momentum was derived from the chase, family on the run from the Shop, and once that's over the film just goes through the motions of what we were expecting all along. It's fine, but not great, and nowhere near as engaging as the previous parts of the film. 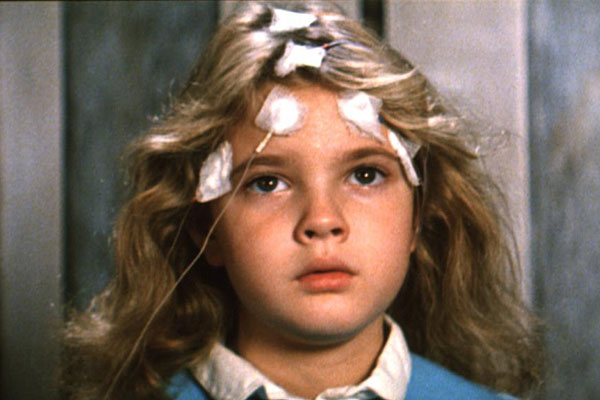 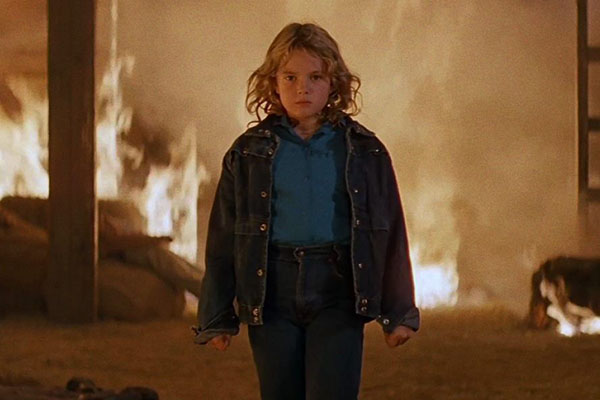 And then the last section, when Charlie naturally gets to unleash her full powers and go after all the agents of the Shop is an utter mess. It's repetitive, with the same fire powers used over and over again, and just silly looking. Charlie has to burn the place down, as that's what she does, but the director and producers needed to find a better way to do all this. This should be a crescendo to the chase, the final act where Charlie says, "never chase me a again," and it just doesn't quite work.

Firestarter isn't a bad film but it has a lot more energy in its front half than its back. This film needed more work, and better effects, to really sell the power of the firestarter at its core. The reason it's watchable is because of the actors, but that only carries the film so far. Once the acting is done and the effects come on the movie loses its way. That's probably the reason you don't hear much about this film, why it doesn't come up in discussions of "great adaptations". However true to the book this film may be the team behind it just couldn't translate the story to film and make it work properly, through and through. It's good for one watching but probably not something anyone is going to want to see again.