Zombies Should Be More Interesting Than This

I have a soft spot in my heart for monster films. Good or bad, I will watch just about anything with a monster in it. Mystery Science Theater 3000First aired on the independent TV network KTMA, Mystery Science Theater 3000 grew in popularity when it moved to Comedy Central. Spoofing bad movies, the gang on the show watch the flicks and make jokes about them, entertaining its audience with the same kind of shtick many movies watchers provided on their own (just usually not as funny as the MST3K guys could provide). It became an indelible part of the entertainment landscape from there, and lives on today on Netflix., of course, has their share of monster movies they've covered and, for the most part, I do enjoy these films, shitty as they are, because there's some kind of charm to them. They're goofy, they're bad, they're incredibly poorly made, but I love them all the same. However, as Bride of the Monster proved, I do have my limits. Today's entry, The Incredibly Strange Creatures Who Stopped Living and Became Mixed-Up Zombies, can join that other film as two monster flicks I simply cannot enjoy. 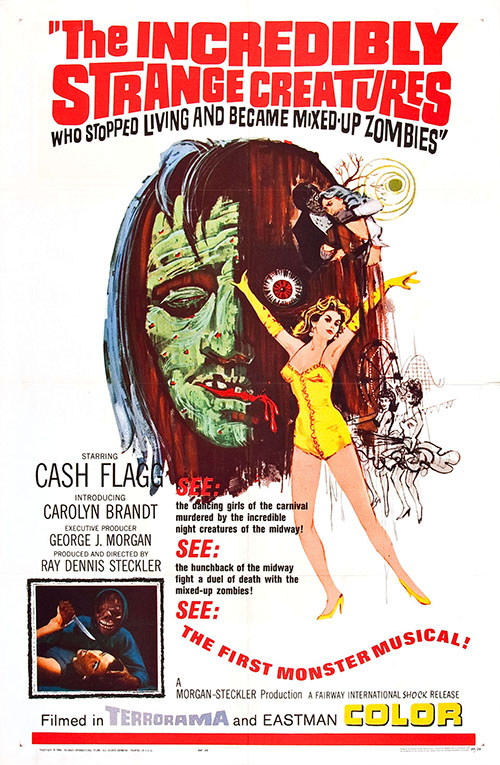 Let's start with the part of the film that bothered me the most: there's barely any zombies in this film. For a movie with the word "zombie" in the title, this film has a conspicuous lack of zombie right up until the last part of the last act of the film, long after the point where anyone would care about the monsters in the film. Instead of the zombie film we were promised we mostly get a film about a greaser who gets hypnotized by an evil fortune teller (who's plans are decidedly ambiguous and make no sense) and forced to kill for... reasons. Although, really, what we get is a lot of padding and stock footage to cover for the fact that the film has about twenty minutes of story for its ninety minute runtime.

In The Incredibly Strange Creatures... we're introduced first to Angela (Sharon Walsh), her greaser boyfriend Jerry (Ray Dennis Steckler), and friend Harold (Atlas King), as they go off on a date to an amusement park (against the wishes of Angela's mother). There, a fortune teller who is clearly up to no good, Estrella (Brett O'Hara), uses her harem of dancers (because Estrella apparently is the power behind all the shows at the amusement park) to lure Jerry in. Once within their clutches, Estrella hypnotizes Jerry so she can use him to carry our her dark bidding. First he has her kill a nightclub dancer, Marge (Carolyn Brandt), who stumbled onto Estrella's secret closet full of zombies (not that we see the zombies, not yet, and that that Marge was going to do anything with the knowledge of what she saw), and then sends him after Carmelita (Erina Enyo), Marge's sister who is also getting suspicious of Estrella. And then Jerry starts losing control and killing everyone around him. Who can possibly save the poor man? Should we even care?

I'd say a lack of stakes in the film is its first real problem, but that would imply there were any stakes, or that there weren't bigger problems. This film is, without a doubt, a mess, and while the story is bad, what's really terrible is how little story there is. To make up for a script that's, quite obviously, a couple of pages of text scribbled onto cocktail napkins, the film pads out its runtime the same way as every other terrible exploitation flick from the 1960s and 1970s: pointless musical acts that add nothing to the proceedings. Marge is a nightclub club dancer (and, from the limited talents of the actress, not a very good one) so we're treated to three terrible dancing numbers from her to show her "act". There's also the least funny comedian working at that club, a single/songwriter who clearly can do neither from the one act we get from her, plus Estrella's hypnotized dancers who have a lengthy, terrible seance sequence, none of which actually moves the plot along one iota.

Some of these musical interludes would be tolerable if they weren't so frequent, or were any better at all. The writer/director/producer (and also leading man) Ray Dennis Steckler wanted this film to be the first "monster musical", which I guess would be laudable if the film managed to be either of those things. It's not a monster movie because the monsters are barely in it at all, making it more of a movie about an evil gypsy (which is clearly what the racist portrayal of Estrella in this movie implies) who likes to kill. And it's not a musical because the music and dancing in the film don't accent the plot or carry the story. This is just a film with a lot of (bad) singing and dancing that happen around the story, not because of it. 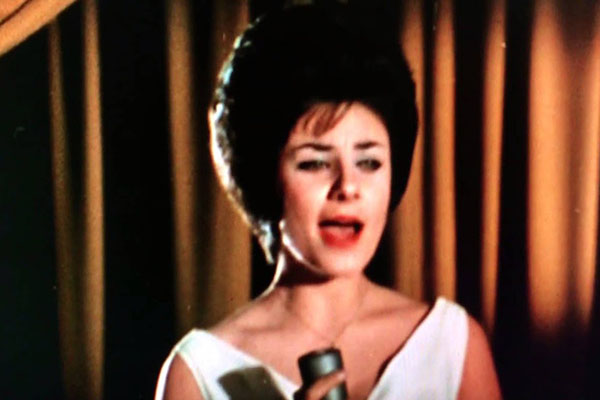 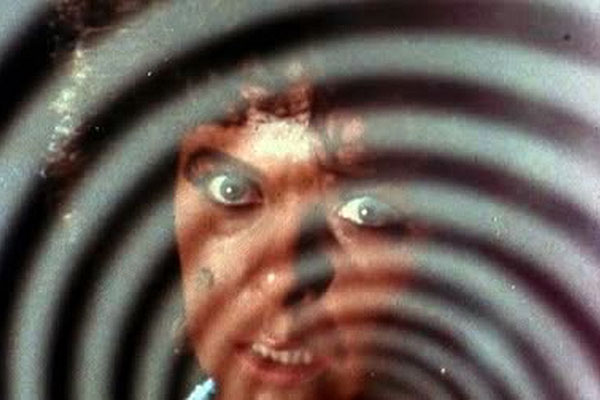 Of course, there's the fact that the film lacks a story, or a hook to get viewers invested. The film opens focusing on Angela who, from the opening minutes of the film is set up as our heroine. But then, after the first 40 minutes just to get to the part where Jerry falls in the clutches of Estrella (it really takes 40 minutes of just faffing about for the film to even progress that far), Angela is completely dropped so we can focus on Jerry. Note that, up until now, Jerry has been setup as a no-good jerk, not only by Angela's mother but also by his own actions. He's awful, he's rude, he's selfish, and he clearly doesn't care about Angela one bit. And yet, somehow, when he becomes a mindless killer under the sway of Estrella, we're supposed to care. We don't, and the movie woefully misjudges this.

If the film could have given us Angela's perspective, her hurt at the way Jerry treats her and her growth as this emotional monster became a real monsters, the story might have been able to develop some pathos. That would have required Steckler to realize that the character he was playing wasn't written as a lovable scamp, though, and that his "leading character" isn't the protagonist of the story, but Steckler wanted to be the leading man and he conforms the meager story around him, ignoring the much better plot that could have been.

Fact is, simply put, that this film is ineptly made from start to finish. Whatever goal Steckler had for the movie -- for himself, for the monster genre, to showcase music -- he failed on all counts. This film manages to flub all the genres it tries to be a part of but, worst of all, it's just boring. Tedious from start to finish, The Incredibly Strange Creatures... is one of the most boring movies I've ever had to watch. It just plain bad.

But then, honestly, the movie isn't helped by the MST3K crew this time around. They're at their most rapid-fire early in the movie, cracking off jokes left and right. Unfortunately, the majority of these jokes haven't aged well, pointing out that the actress playing Marge, Carolyn Brandt, it rather Amazonian, which for the crew results in a lot of trans-phobic humor. I recognize this episode came out two decades ago, but the human really hasn't aged well. And these jokes go on, and on, and on, right up until Marge dies. Once the primary source of their humor exits the movie, the guys get more quiet, having less to riff on. So either they're irritating in their callous humor, or they're bored with the movie. Those are their only modes this time around. 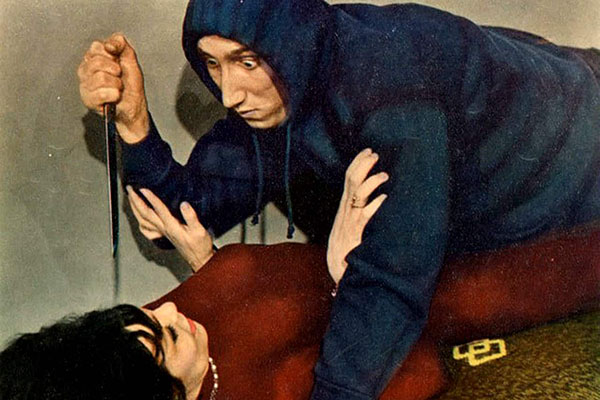 Honestly the best bits come from the skits around the movie. The intro, with the two bots going on a walk-a-thon to support a couple of charities leads to them crafting some of the longs, most obnoxious acronyms they could, which they then say, at full length, over and over again. It's amazing. There's also an amusing piece with the guys getting makeovers (beehive hairdos), and a continuing skit with Pearl Forrester dealing with the children of Space Gods that's actually funnier than anything else I've seen Pearl in. All in all the interstitial game was strong in this episode. It's just a pity that the movie-with-humor part was such a let down.

The Incredibly Strange Creatures Who Stopped Living and Became Mixed-Up Zombies is a bad movie, no mistake. But this episode, honestly, makes it worse. That's never something you want from Mystery Science Theater 3000.