Maybe We Should Just Let Him Be Homeless

I will admit I didn't pay much attention to the Kickstarter for the eleventh season of Mystery Science Theater 3000First aired on the independent TV network KTMA, Mystery Science Theater 3000 grew in popularity when it moved to Comedy Central. Spoofing bad movies, the gang on the show watch the flicks and make jokes about them, entertaining its audience with the same kind of shtick many movies watchers provided on their own (just usually not as funny as the MST3K guys could provide). It became an indelible part of the entertainment landscape from there, and lives on today on Netflix. when it was up and going. I looked at it once, thought it was cool the show was trying to come back, but when I didn't see any rewards I really cared about (when I back a movie or show what I really want is a physical copy to keep at a non-exorbitant price) I wandered off. The Kickstarter funded itself pretty quickly regardless of my participation, so certainly my lack of interest was not indicative of the overall audience opinion of the pledge drive. 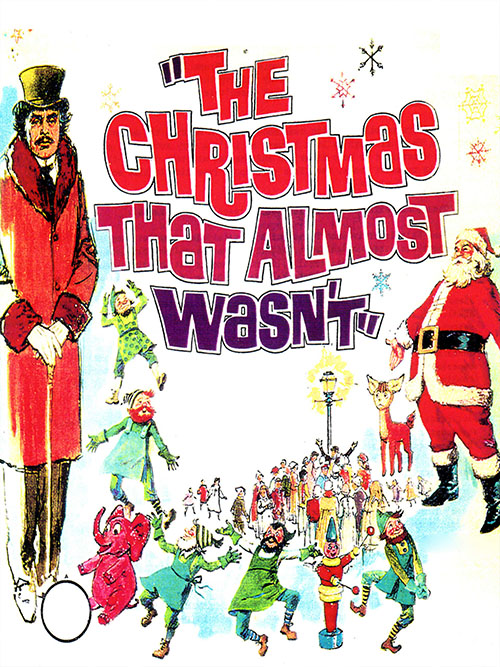 Still, I did pay enough attention to know when the pledge drive was a success. I also knew going in that the drive had been successful enough to unlock a Holiday episode of the show. These have been a tradition with the series since Santa Claus Conquers the Martians, a terrible movie that became a beloved episode of the show in no small part due to the amazingly dumb, amazingly awesome skit-song "Let's have a Patrick Swayzee Christmas". In that vein, other holiday movies had been covered by the series, from the awful Santa Claus to the wretched looking Jack Frost. Certainly, with a pedigree like that a new holiday episode in the MST3K canon would be something special.

Sadly, this episode doesn't really live up to the potential promised. Partly that's the fault of the movie itself, a terrible, treacly story that doesn't once early the schmaltz it's trying for. It shots for kid-friendly emotion and undershoots the mark so hard it'd be funny if anything about this episode were funny. Nothing is, though. It's awful.

In The Christmas That Almost Wasn't, we're introduced to a Santa Claus in desperate need of help. It seems that he and Mrs. Claus are in hock to their landlord, a Phineas T. Prune. This nasty, rich man owns the lease to Santa's house/workshop and expects the people living there to pay rent. When they don't, he decides to kick them out right before Christmas, an idea that brings him joy since he hates the holiday. Santa goes to Sam Whipple, one of the only adults to still believe in Santa, for help in dealing with the problem. Whipple then suggests the two get menial jobs working at a toy store to make the rent money, and thus, hopefully, save the day. It's not the plot line I was expecting, to say the least.

With Whipple introduced early in the movie, I expected a bit a courtroom drama, a bit of reason for having a solicitor in the film. Sure, maybe it'd feel a tad derivative of Miracle on 34th St, although the plot line would be going in reverse. I expected a bit of courtroom drama, a bit of back and forth between lawyers and judges, all while Santa since on the stand and gives his Holly old man shtick. It could have worked, and certainly would have gone better than the inane drivel the movie hands out instead.

Like, why bother making Whipple a lawyer is he's not going to do anything with the law at all? I get that maybe he isn't a lawyer dealing with real estate or the like, but shouldn't he know someone that is? And if he's the only lawyer in the Podunk town near the North Pole, shouldn't he be able to handle all the court cases there? Hell, for that matter, the movie brushes off the idea that Whipple should have any money (he always forgets to bill his clients), but maybe if he'd just demand his money the two heroes of this piece wouldn't have to work a menial job to barely break even. 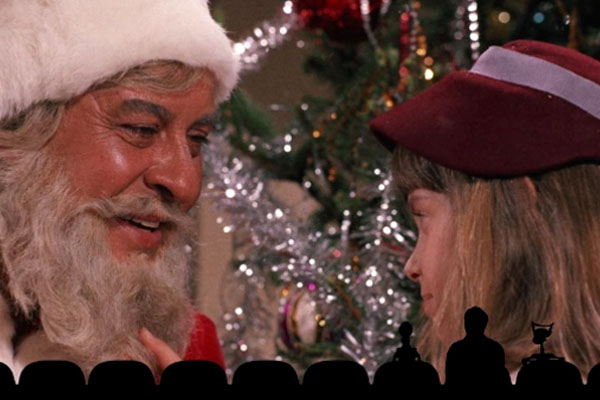 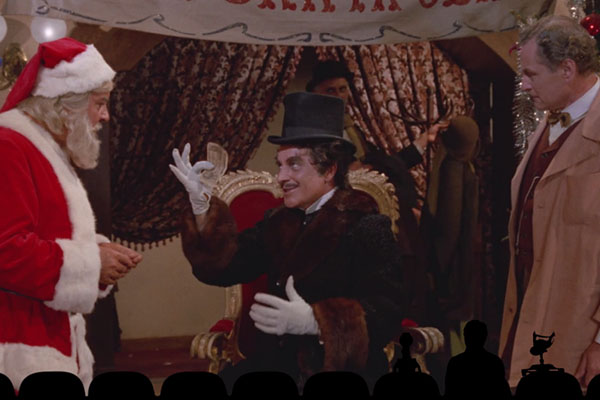 Of course, logically I'd already moved past that when watching this film as I know full well, by global agreement, that the North Pole can't be owned by any specific country. Although plenty of them claim to have rights to the oil or the resources therein, the North Pole is this weird neutral region of the globe. Certainly Prune shouldn't have any legal claim to the land and, hell, if anyone should have a right to it that would be Santa. Squatters rights for as long as anyone can remember, right? Is any of this mentioned? No. Sure, it's a movie for kids and I'm clearly over-thinking this, but that's my job.

Beyond the crappy story (which, naturally, ends not with a big fight between Santa and Prune, dueling at dawn, but with a heart-warming moment where Prune finally gets the toy he always wanted and his heart grows three sizes instantly), we have to address the fact the the film doesn't understand even basic ideas of film composition like scene development, shot length, or basic editing. This film is a sloppy mess with sections that go on far too long and scenes that are put in because, somehow, they give the film mirth and not because they further the story at all (note, there is exactly zero mirth in this film). It's all a giant waste of time with a resolution that could have come in the first five minutes of the film, saving us from having to watch the rest of this dreck.

But what really sinks this episode isn't the film itself but the fact that the MST3K crew didn't bring their A-game. Much of the riffing towards the film beats the same jokes over and over again (like equating Whipple with a big baby) when there are actually jokes at all. This film features a criminal number of pauses as the crew just watches the film, presumably they were as bored with the film as I was watching them watch it. Their shtick this time wasn't funny and this episode just dragged on and on.

In short, this episode failed to live up to the standards set not only by other episodes this season but by the high bar of the crew's previous Christmas adventures. There weren't many good jokes, no really good skits, and certainly nothing to rival "Let's Have a Patrick Swayzee Christmas". I never thought I'd say this but I'd rather watch Santa Claus Conquers the Martians than this episode ever again.