Children of the Corn: Genesis

We're now eight films into the main Children of the Corn series (not counting a made-for-TV film by Fox Television that's unrelated to this series), and it really does feel like we've lost the thread of the story. The last few films have, admittedly, been barely connected to the primary plot of the series -- once the films stopped being numbered they started drifting, but even the numbered films often felt disconnected and barely related. Now, though, it's hard to say that these films even feature "children" and "corn". It's just horror stories about inbred hillbillies, which, yes, that can be creepy but it has nothing to do with Children of the Corn. 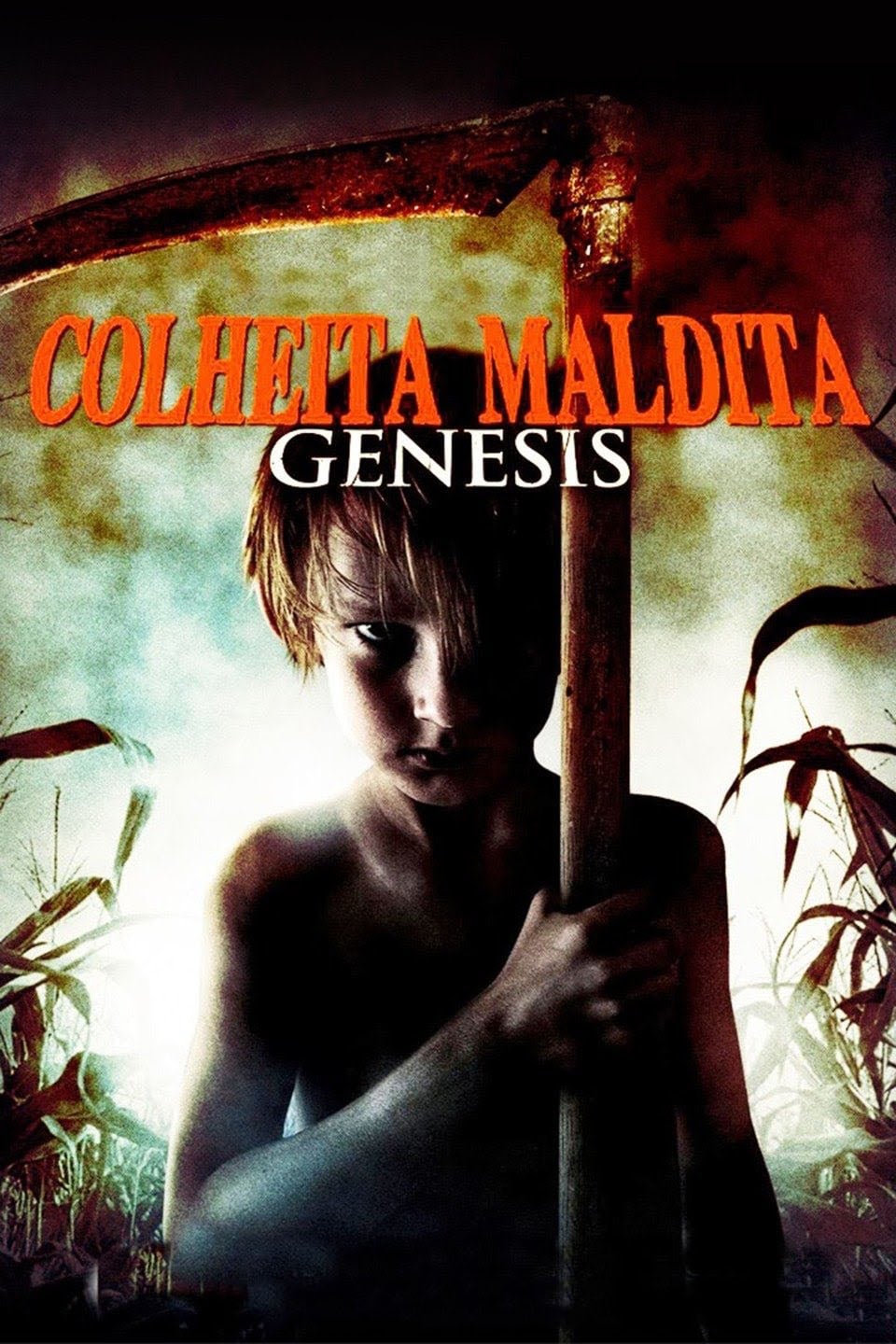 Case in point: Children of the Corn: Genesis doesn't even really have children in it. Yes, the opening of the film tries to tie itself to the events of Gatlin (circa the first film of the series). But once we get past the opening sequence, we end up at a farm house out in California with some creepy old dude terrorizing a couple. Gatlin is mentioned, He Who Walks Behind the Rows is mentioned, but the actual meat of the movie has nothing to do with anything we've seen before. It's a strange, odd movie that feels like it's trying to be The Hills Have Eyes with a little bit of Final Destination thrown in at the end, but if you removed the name "Children of the Corn" from the film you wouldn't even realize it was part of the series.

We initially start with a young man (eventually revealed, as an old man, to be named "Preacher") coming home from Vietnam. He expects his family to greet him, but his mother, father, and oldest sister have all been murdered, and there are creepy kids outside that nearly kill him, too. We then cut ahead to the present, where Tim (4im Rock) and Allie (Kelen Coleman) are waiting in the middle of the road for anyone to come along and help them. They were traveling the back-roads of California when their car broke down and all they need is a left to the nearest garage so they can get their car fixed. Desperate, they wander off the road and hit a nearby, rundown farmhouse. That's when they're (very rudely) greeted by Preacher (Billy Drago) who, after much cajoling, lets them in to make a phone call and wait for a tow.

Preacher and his wife, Helen (Barbara Nedeljakova), live alone at this farm, or so they say, but as the day wears on and 4im and Allie end up waiting a long time for that tow, things start to get suspicious. Preacher says Helen (aka, Oksana) has a child but they keep him out in the barn because he's crazy. Oksana says it's Preacher that's crazy. But what's obvious is that someone has mystical powers because the house keeps trying to keep 4im and Allie locked up. Preacher says it's because He Who Walks Behind the Rows wants the baby Allie is carrying... and unfortunately that Makes 4im expendable. The two need to find a way to escape the farm and get going before someone (or both of them) end up dead.

Children of the Corn: Genesis is probably the least thrilling psychological thriller I've seen yet, and that counts just about every film in this series so far. With a main cast of four characters -- Time, Allie, Preacher, and Oksana/Helen -- there isn't much of a chance for a body count to develop or gore to happen. It's just four characters talking, with a lot of unreliable narration and info sharing but nothing really happening. If you find talking about scary things thrilling, this is the movie for you, but I was utterly bored by it. 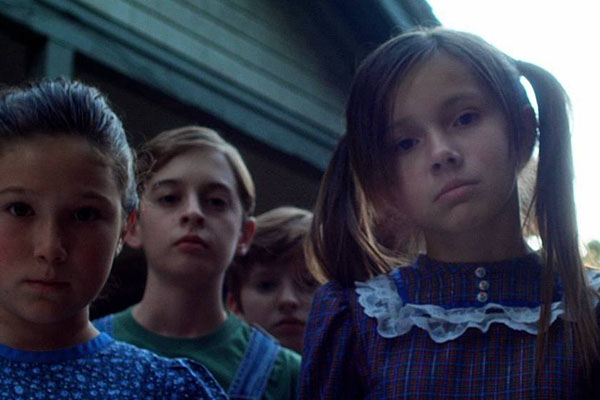 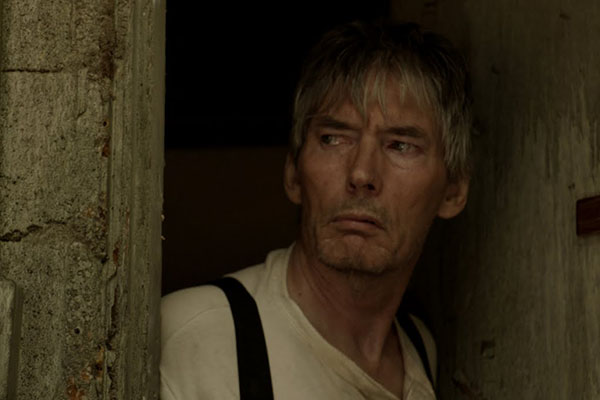 Part of the problem is that the film can't really settle on who any of these characters are supposed to be. 4im starts off as a nice guy but never gets any shading, so when the house starts to bear down on him, creeping him out, actor 4im Rock doesn't really have anywhere to take his character. Allie is, well, bitchier, which is something, but the script essentially turns her into a shrew the second things get tough. Neither of them are really likable in the least, and it's hard to care about them in part because of who they are but also because they willingly walked into this situation when, as per everything they see leading up to it, coming to this farm house is a bad idea.

At the same time, the movie never really figures out who the bad guy is, not even during the climax of the film. Preacher is revealed to be a worshiper of He Who Walks Behind the Rows, but his son is somehow possessed by the demon god... maybe? Oksana is both scare of Preacher but also helping him is luring these people into staying at the farm and sealing their fate. If the film could settle on just what was going on at the farm and who we were supposed to hate, that would help some, but that would require the film to have a cohesive vision of, well, anything.

One issue I have is that Preacher is way too old to be one of the disciples of the corn god. It's be established, since the very first film, that adults can't be part of the cult, that once they reach a certain age they have to die and let the next generation take over the evil corn praying ways. He has a son, a son with super powers no less (as it's revealed over the course of this stupid film), so there's absolutely no reason for Preacher to be alive... and yet he is and the film never even bothers trying to explain that.

Further, the end of the film reveals that Preacher has a young-bride sex cult going on. All these young women suddenly appear on the farm, all of them betrothed to Preacher. The thing is, though, that we spent an entire day on the farm and there's only two buildings: the farm house and a barn. There is absolutely no place for all these young bride to hide, and yet somehow they did? If we'd known about the sex cult that would have given us some information and the plot could have gone... somewhere. The film cheats, though, and keeps information like this hidden in a ham-fisted way, and it ruins even the minor amount of storytelling this movie might have managed. 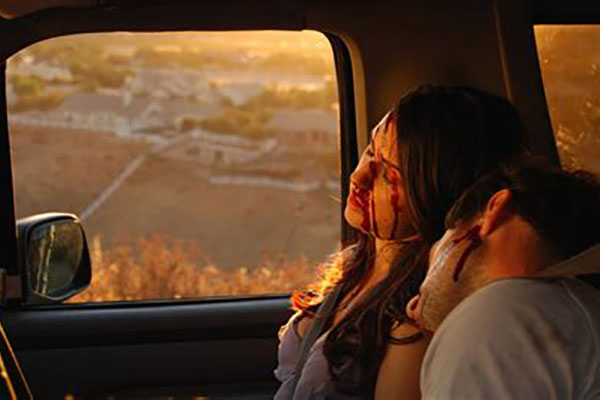 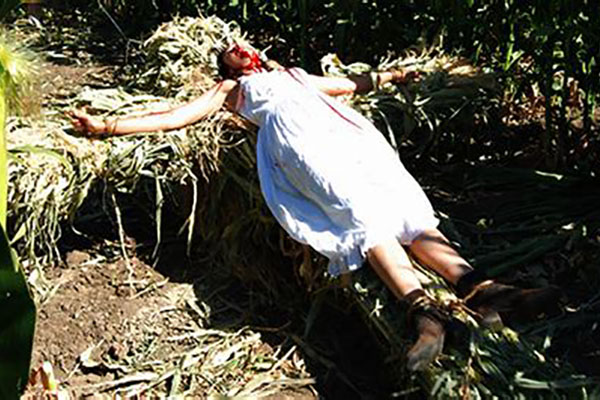 The film is also just cheap. It's essentially a "bottle episode" taking place almost entirely at a single set: the farm. There are practically no effects, with no gore, nor horror, and nothing else but four main characters and a lot of talking. The climax is weak, even, because it cheaps out on what little action it could have had. 4im and Allie escape and drive away, hitting the highway (that was surprisingly close to the backwood they were supposedly in, because this film is stupid), and then a massive car wreck causes them to crash. Except, the cars that crash and explode happen in a different shot from the actors and feels like stitched in stock footage. Everything is cut and filmed for a maximum of budget saving and it's absolutely obvious to the audience. It's just bad.

Each time I watch another one of these films I expect that I've somehow reached the bottom of the barrel; I guess this series should be applauded, then, because it always finds a way to get even worse. Considering that the next film, Runaway was so unloved it's not even in print anymore, I have to expect that it's the absolute worst one yet. The only hope I have is that now, near the end of the series, I won't have to suffer through any further sequels after this. Skip this film at all costs, it's not even worth laughing at.