The Apartment Building from Hell

Children of the Corn: Revelation

I'm starting to feel bad picking on the Children of the Corn series. We all know that these films are bad -- they've been bad since the first film, the original Children of the Corn from 1984, and they haven't improved hardly at all in the 17 years since that film and this seventh iteration. But since we know they're bad, coming up to this movie and haranguing about it is like picking on the little kid in school who can't defend himself. You're a sad movie series and it's starting to be not fun pointing that out. 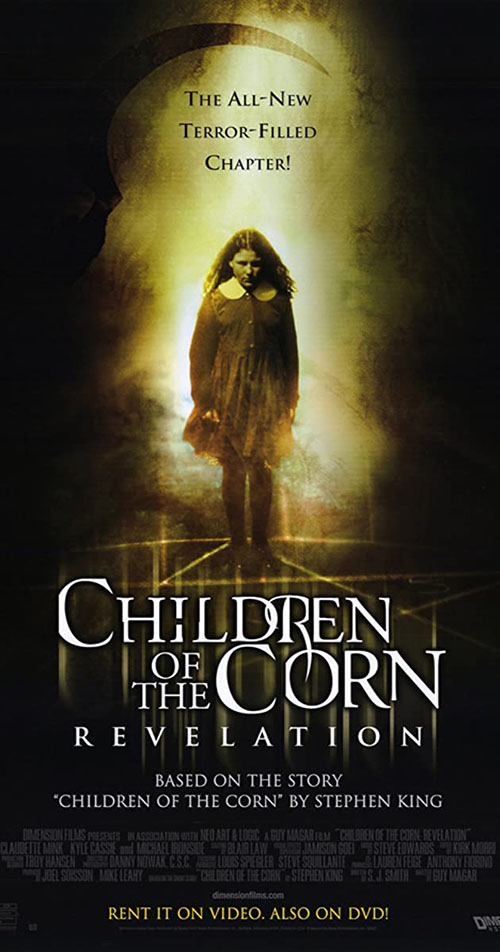 At the same time, they keep making this films and dumping them on the public. It's the studio's fault for making them for pushing out this dreck and saying, "hey, maybe this time the film will actually be good." And like Charlie Brown running up to Lucy with the football, some of us just keep coming back, having not learned our lesson the previous six times. For my part, I don't feel as bad as I bought all the movies in the series used, but even I'm a part of the problem as I'm discussing the films and, surely, someone out there had to think, "yeah, that sounds bad. Let's see how bad it could be." For this, Revelation, the seventh film in the series, the answer is: very, very bad indeed.

The story of the film this time around focuses on Jamie Lowell (Claudette Mink), a woman who used to be in constant contact with her grandmother. Then, one day, granny up and sold her house and moved to a run-down apartment building, seemingly right after finding religion late in life (having been a life-long atheist right up until then). When Jamie loses contact with granny, the only family member she has left after her parents died in a house fire, she travels to the apartment building to see what happened to the old lady.

What she finds is a building two months away from being condemned. The building is on the edge of a corn field, and there are a couple of creepy kids always hanging around, staring at people and occasionally shouting, "kill!" While, for most of us, this would have been the point where we write of dear old granny and go stay in a hotel until we can catch the next flight out of Omaha, Jamie sticks around, living in Granny's apartment while she begs the police, specifically Det. Armbrister (Kyle Cassie), for help finding dear old granny. But because she sticks around, Jamie slowly gets sucked into the mystery of the children, the corn, and the death cult that used to live where the apartment building stands now.

This film is terrible, but it does at least do one thing that I could appreciate right from the outset: it drops the whole numbering structure of the series. Now, while it might play with the concepts of "children" and "corn", it doesn't have to feel like it exists in the same series. I know it's pedantic of me to care about the structure of a loosely related series of movies, but by numbering them I felt I had to care and now, whatever continuity the films want to build, or ignore, I could just let it go. I'm weird, I know. 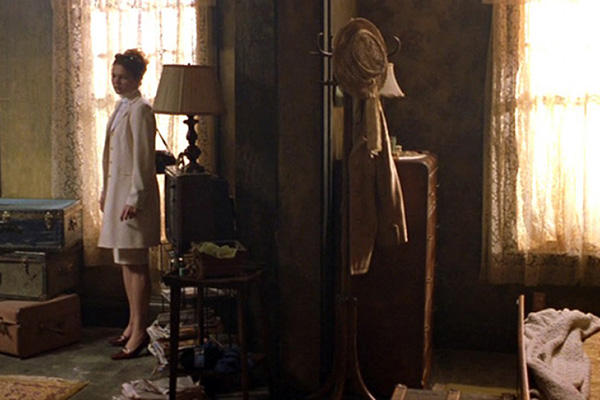 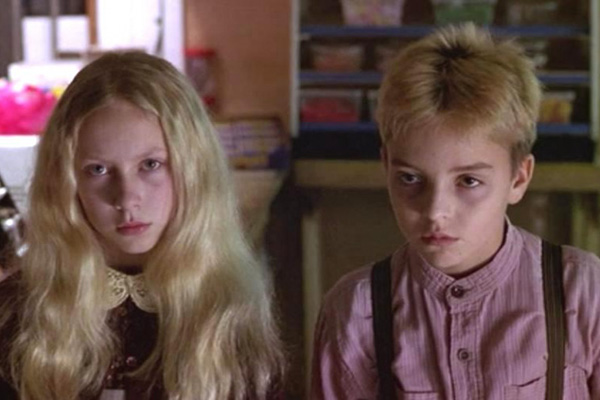 This film does drop a lot of the continuity of the previous films. The only things it shares at all are references to "He Who Walks Behind the Rows" and, of course, children and corn (which are in the title so you'd expect they'd be here, of course). Everything else about the film is different, though. There's no mention of Issac, no talk about Gatlin, and, in fact, no mention of any of the events of the previous film. This movie gets to build its own mythology from the ground up and do as it likes with the series. That should be good, right?

Problem is it wastes this fresh start on a story that goes nowhere. The most horrifying thing we see for the first half of the film are a couple of creepy kids staring at people, but that hardly pays off for a while. There's a little bit of fake-out blood, a few moments of people seeing things and then not seeing them after. The best the film can do for a good act-and-a-half, though, are creepy children giggles, which are horrible in their own right but not enough to carry the film in the slightest.

The film struggles to come up with a cohesive plot, and a lot of that is due to the fact that it's built around a central mystery that never really develops. We're supposed to wonder about what happened to Granny, and if there were clues to her ultimate fate that would be one thing. It's a foregone conclusion, though, that she was killed by the children, which she kind of was, so we spend an hour-plus waiting for Jamie to figure out what's going on and catch up to where we've already been. We've seen six of these films, Jamie. There are creepy kids and a lot of corn, Jamie. Your granny is dead.

It all eventually resolves when we see that each of the people that get killed in the apartment building become creepy kids themselves, their spirits sucked into the death cult. That's a twist that kind of works and would have played better if, one, the deaths were anything more the perfunctory and, two, if the people realized what was going on earlier and tried to find ways to avoid their ultimate fate. In the end, though, it's a twist that doesn't actually have the room to go anywhere, so instead of this kind of development building up the scares it falters instead. The film is in such a rush to get to the ending by the time we get to the big twists that it's already too late to let this revelation (pun intended) breathe. 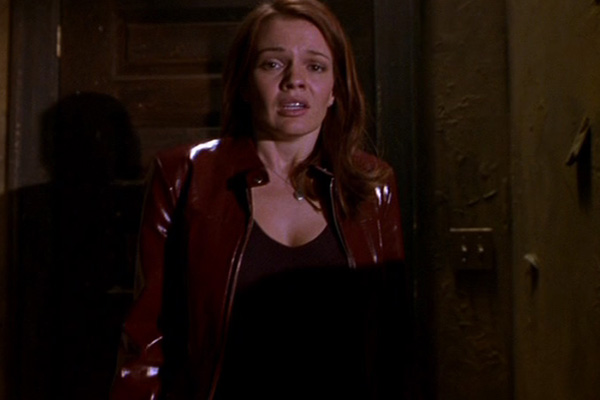 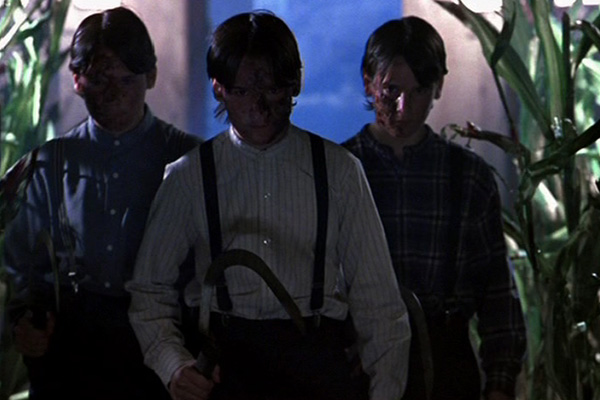 And, yes, Jamie's granny is one of the two creepy kids that were stalking her through the whole movie (and spoilers for a 20 year old movie but you weren't going to watch it regardless). Again, I like the twist in concept, but it doesn't go anywhere. If dear old grandmama actually had a crisis of conscience and turned against her fellow devil-kids that might have meant something, but all the twist is able to do is say, "oh, so that's the story of this one kid." Big whoop. Dead is dead and it doesn't actually change anything. I wanted more. Frankly, I wanted anything.

In the end, though, all Children of the Corn: Revelation can give us is a load of cheap sets, crappy kills, very little gore, and a ton of bad acting. Whatever good ideas the script has are wasted on this terrible production. At this point these movies aren't even good at being bad, they're just disappointing.