Considering where The HulkOnce the brilliant Dr. Bruce Banner had dreams of making the world a better place by building super soldiers to act as a shield for all mankind. Then an accident at his lab bathed him in gamma radiation. Now he has a living nightmare, as a big green guy lives within, just waiting for the rage to take over so he can be free. resides at this point, top of the charts with every film from the last decade, being an absolute smash hit (no pun intended). But if you go back a few years before the MCU debuted and the superhero landscape looked pretty different. Sure, X-MenLaunched in 1963 and written by Stan Lee and Jack Kirby, the X-Men featured heroes distinctly different from those featured in the pages of DC Comics. Mutants who didn't ask for their powers (and very often didn't want them), these heroes, who constantly fought against humans who didn't want "muties" around, served as metaphors for oppression and racism. Their powerful stories would form this group into one of the most recognizable superhero teams in comics (and a successful series of movies as well). and SpidermanSure, DC Comics has Batman, Superman, and Wonder Woman, but among the most popular superheroes stands a guy from Marvel Comics, a younger hero dressed in red and blue who shoots webs and sticks to walls. Introduced in the 1960s, Spider-Man has been a constant presence in comics and more, featured in movies regularly since his big screen debut in 2002. were having great runs at the Box Office, but another major character from the Marvel canon would not be so lucky. It's interesting that with so many characters the studio could have chosen, back when Marvel was willing to licenses any of their characters to keep afloat, Universal went with the Hulk. 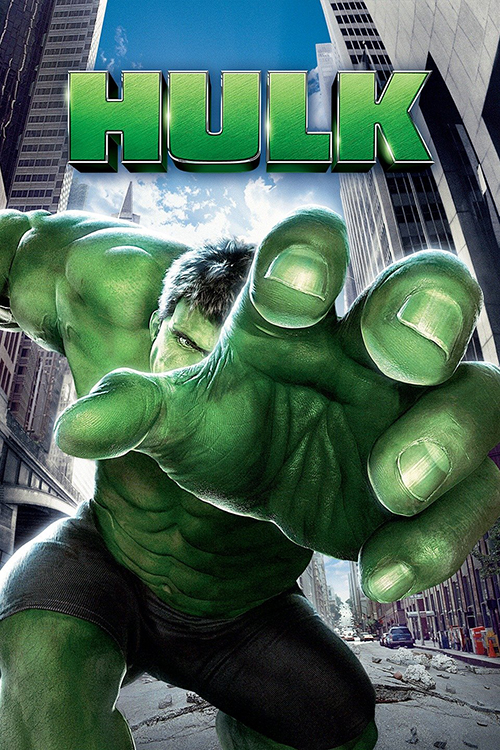 Of course I say that now, with nearly two decades of hindsight. Now we think of Iron ManBillionare Tony Stark has a secret: while he travels the world by day as a playboy philanthropist and head of Stark Industries, he combats the evils of the world as the armored Iron Man. and Captain AmericaCreated by Simon and Kirby in 1941, Captain America was a super soldier created to fight Germany and the evil HYDRA. Then he was lost in the ice, only to be found and reborn decades later as the great symbol of the USA. and even Black WidowNatalia Romanova was one one of the greatest and most effective Russian spies, a deadly killer who could blend in anywhere. Then she was turned and became one of SHIELD's most effective, and trusted, agents. as top-tier superheroes but back in 2003 one of Marvel's best was the Hulk. Yes, the big green monster was considered an A-list superhero before his first big theatrical release came out. Now he's a B-character who hangs out with the AvengersMarvel's answer to DC's Justice League, this team features many of Marvel's biggest superheroes working together to protect the world and avenge its evils. and isn't trusted to front his own movie after the double flops of Hulk and the MCU Incredible Hulk. How times have changed.

Back when this film came out, though, I remembered enjoyed it. I didn't see Hulk when it came out in theaters -- I was not a big fan of the character -- but when I caught it on home video months later I thought it was pretty decent. My question, in going back to this film seventeen years later, was if the film held up for me. Was I somehow misremembering the film, or maybe the fact that I watched it with a group where we were talking and laughing and eating nachos made the film seem better at the time. Could Hulk actually be a forgotten gem no one paid attention to or was I wrong about the film all this time?

Short answer: I was wrong and the whole of the disinterested masses had the right about Hulk. This film is worth of all the crap that's thrown at it. Hulk is a tedious movie that, while it does have some good ideas, is never able to rise above the muck to tell a compelling story. Whether you want a smashy-smashy monster film or a superhero tale of derring-do, Hulk steadfastly refuses to give you anything you want. It's a film, in short, ashamed of its lead character.

In Hulk we're introduced to Bruce Banner (Eric Bana), a scientist working on a military project to use gamma rays to induce a healing effect in living creatures, the goal being to make this super-healing available to everyone (although the military, of course, sees the potential for it to be used to make super soldiers). Aided by his ex-girlfriend and fellow scientist Betty Ross (Jennifer Connelly) and lab assistant Harper (Kevin Rankin), the team works tireless on their project, always getting close to their goal but never quite achieving safe regenerative healing. 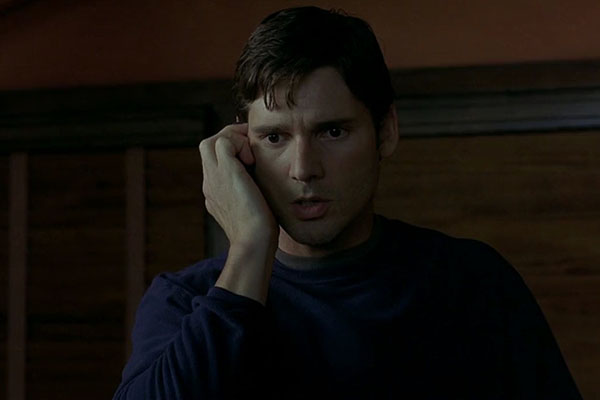 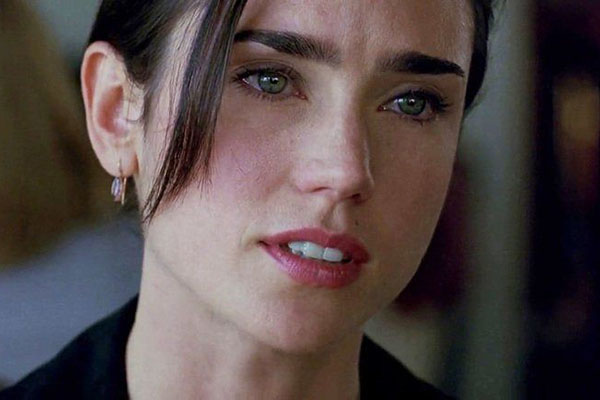 And then, of course, one fateful day Harper accidentally sets off a gamma pulse, and it's only by Bruce throwing himself in the way of the blast, blocking Harper from a lethal does, that saves the lab assistant. Bruce should have died from the blast but, instead, he ends up feeling great, all his old little injuries healing them self. Deep down, though, something more is going on -- the gamma pulse awoke something deep within Bruce, something big and green that can't be controlled. Soon the big green monster, the Hulk, starts coming out (whenever Bruce is angry), smashing the lab, his house, and other locations to bits. The military wants to capture, control, or kill the Hulk while Betty pleads there has to be another way. And, the whole time, someone else is secretly working behind the scenes to cause the carnage and gain control of the Hulk for themselves... Bruce's (supposedly dead) father.

Viewed from one angle, the plot of Hulk is absolutely overstuffed. The film first has to introduce us to Bruce's father, David Banner (played in flashbacks by Paul Kersey, and then in the present by Nick Nolte), who was working on a similar project for the U.S. military before being arrested and sent to prison for human experiments. The human David was testing his gamma experiments on was himself, in fact, but these experimental genes were passed on to Bruce as well. After getting out of prison, David started messing with Bruce's experiments all so he could try and induce the Hulk, and wouldn't you know it, eventually Bruce fell into the trap. So you have this plot thread along with the main project, plus the broken relationship between Bruce and Betty, and a subplot about a evil tech-genius, Glenn Talbot (Josh Lucas), trying to buy Bruce's healing project for its super-soldier potential. That's a lot to set up in any film, let alone a smashy-smashy superhero film.

That goes someway to explain why it takes the film 45 minutes to even reveal the Hulk. He's the titular character but the film is less interested in bringing him out and letting him play than it is in the "tense" drama between Bruce and Betty, or dealing with the tech-mogul trying to steal their project. And even when the Hulk is finally brought out he hardly gets to play before he's put back in his weak human body once more. There are only three action set pieces, of which only the second is any fun (and it's this part of the movie I remember enjoying), and the rest of the movie is a lot of talking while characters stare pensively at each other.

Much of the blame for this, honestly, has to go on director Ang Lee. Ang is an Academy Award-winning director for Crouching Tiger, Hidden Dragon, and he's had other films (Brokeback Mountain, Life of Pi) nominated as well. He knows his way around solid drama and, at times, has proven a flair for action -- Crouching Tiger is one of my favorite wuxia films. But when with that film in his repertoire I wouldn't peg Lee as an action director -- he knows his way around an action scene, yes, but he's much more interested in the tension between characters, in their unrequited love, staring longingly at each other of a cup of tea while the camera sucking in their unspoken emotions. 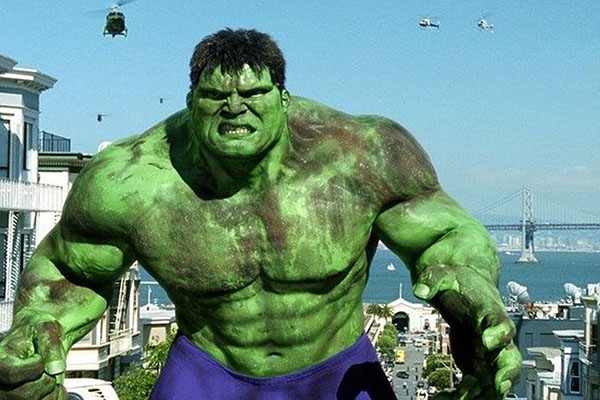 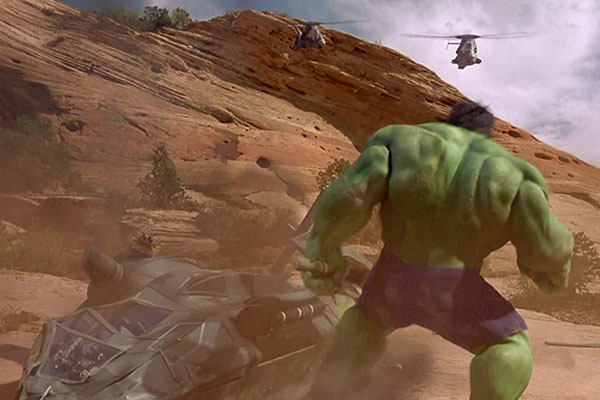 The problem is that of all the superheroes Lee could have been tasked with adapting, Hulk is the one character least suited to the long, tense, bottle emotions that the director loved to film. He is, in fact, the exact opposite, and maybe there's a version of the film that could have used that back and forth interplay, the bottle emotions and then the big green release, but Hulk isn't able to do it. If a number of sub-plots could have been excised -- Talbot trying to steal the project, David Banner coming out of the woodwork to create the Hulk -- so we could have just focused on Betty and Bruce, with Betty's father, General Ross, trying to keep them apart once the Hulk was revealed, that might have been enough. Admittedly that sounds a lot like the next Hulk film, the MCU Incredible Hulk, and that was also a train wreck, so maybe what we needed was a completely different idea to work off of.

Whatever the case, Lee really didn't have much of an idea of how to work with this film. His big innovation was the try and film the movie like a comic book, with panels moving around the screen and scenes inter-cutting with each other. On paper I could see how everyone thought this was a good idea -- this is a movie based on a comic, so let's make it look like a comic -- but the overall effect is just goofy, not good. Plus, at this point the CGI of the Hulk has not aged well (to say nothing about the effects used to create the terrible looking David Banner / Absorbing Man), leaving everything looking like a first draft of a film, not a proper final project. Nothing about this final product works at all.

It's sad, too, because when the film lets loose and just enjoys having Hulk be a smashy-smashy monster, it actually starts to gel. The film has fun, in fact, letting Hulk tear through tanks and planes, taking out the military guys that are coming after him. It's a short sequence, only about five minutes out of a two-plus-hour film, but it's one of the few moments that gives you an idea of why the comic book fans really love the Hulk. If only the film could have had more of them and less of, well, everything else.

At this point Marvel still has yet to craft a solid Hulk film. The closest its got has been using Hulk as a co-star in Thor: Ragnarok, where he was great and got to be just as smashy fun as we all want. Maybe one day Marvel will trust the big green monster to headline a film once more (especially since, from all reports I've seen, the Hulk is fully back in the Marvel stable and not at all owned by Universal). But after two failed attempts at letting the big green monster solo his own film, I somehow doubt that's ever going to happen.