Mad Max, But On a Blasted Out, Futuristic Planet. So... Mad Max

I know I've gone on the record in the past about how much I like a certain kind of game. You know, the one that feeds just the right amount of treasure collecting and quest completion, but doesn't expect you to search every nook and cranny if you don't want to. It doles out regular rewards, usually treasure and experience, and makes you feel like you can do just one more quest, one more mission, and can stop any time you want. 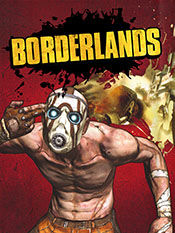 I'm way addicted to these kinds of games when they're done properly. The Diablo series is one of my faves, with Diablo III still very often grabbing my attention. On the flip side, Destiny, which should very much be an easy fit for me, just never grabbed my attention. The mix of effort to reward was off -- it never felt like I was achieving enough for the amount of work I was putting in. The missions weren't interesting to me, the guns didn't hook me, and I just never cared about the story. In short, Destiny lacked a good hook for me.

The game that found the fight mix for me, even more than Diablo, was Borderlands. I invested a stupid amount of hours in that game, just going it alone, blasting out ever bandit, finishing every mission, leveling all the characters as far as they could go (and then completing all the extra little experience bonus ranks long after I stopped actually earning experience as my character was totally capped). That game was so much fun.

On paper it really shouldn't have been, not for me anyway. I'm not normally a fan of shooting games. Sure, I played through Wolfenstein 3D and Doom back in the day (as any child of a certain era did), but I never could get very far in those games without cheat codes. I was much better at Mario-style platformers and JRPGs. And yet, the shooting in Borderlands was so smooth, with the guns having the right weight and impact against the enemies. I could play it the way I wanted to (which largely involved running into the middle of a firefight and shooting enemies point blank in the face). Plus, there was an RPG structure to the game with cool special powers you could earn over time. It was the kind of shooter designed for a player like me.

I will fully admit that my first time through I played as the Siren, and no, not because she was a hot chick I could look at (it's a first-person shooter so I didn't get to see the character's ass I played her, duh). When I'm given a choice of playing a guy or a girl in a game, I tend to play the girl just because I'm curious how the game treats the ladyfolk. Very often games aren't written with convincing female characters -- occasionally they don't bother changing anything about the story except for the pronouns, and sometimes not even that -- so I like seeing what a game will do to work with the female character, or get around it. Borderlands doesn't bother trying to differentiate the story for the characters, it just treats all of them as nameless, faceless guns-for-hire, and largely just talks at you. In this case it works, although I will say it is one knock I have against all the games in the series. 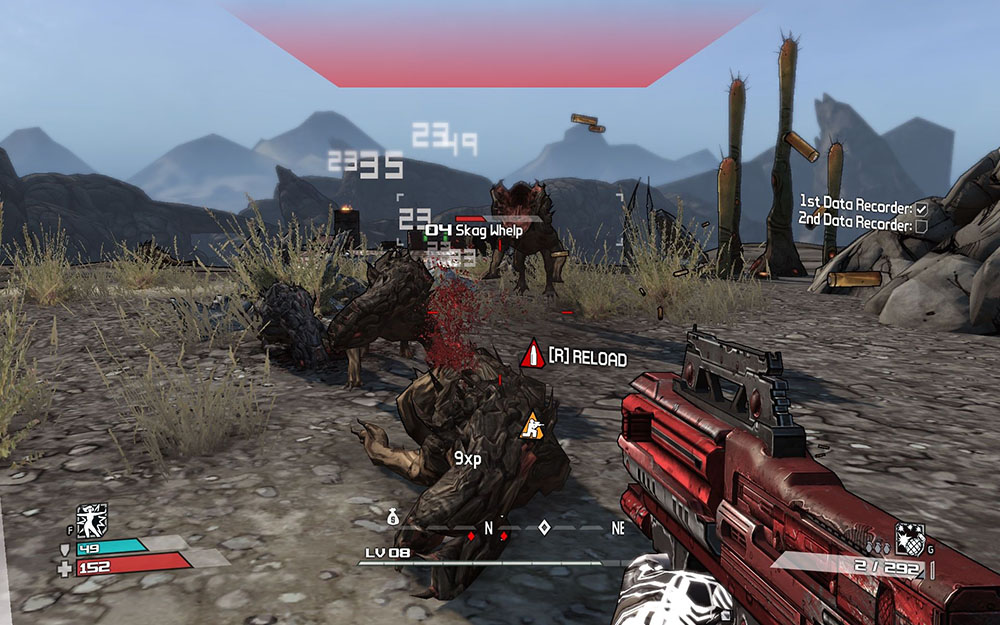 And let's be clear, the story of the game really doesn't work either. That is, it doesn't work if you're looking for anything deep. Borderlands really is just Mad Max on an alien planet and, at least for the first three movies, the story was secondary to the action in a Mad Max film (Fury Road being the glorious exception). Borderlands hews close to the Mad Max template: you're a no-name hero who has washed up on a remote, dusty, alien planet, one long abandoned by any kind of civilization. You have to fight your way through old towns and forgotten communities, fighting bandits and lowlifes, all to try and find an alien vault because of the promise of treasure. And, for the most part, you do this by going from one blasted our wasteland after another, all looking the same, with the same kinds of enemies.

It should be boring. I know it should be boring. And yet the balance of the fighting, the little drips and drabs of story, and glory of the guns and the experience, it all adds up to something so much greater than its parts. It's a wildly fun game that hooks you with the treasure and the missions (and a dark little sense of humor about it all) and lets you run wild.

If you ever want to play as Mad Max and travel the wasteland, Borderlands is the closest, so far, we've managed to come (especially since I hear the actual Mad Max games have been pretty terrible all around).

After the initial release of Borderlands, the production studio, Gearbox, put out four expansions of varying quality. Although I do think all four are worth picking up, as they each offer their own pleasures and bonuses, some of them are better than others:

The Zombie Island of Doctor Nedd

Much of the main game takes place in a wasteland. Although a few zones are different (a underground base here, a hidden mine there, and the final zones of the game) much of the scenery doesn't change. The Zombie Island changes that, providing a spooky, swampy area packed with zombie enemies to fight. Just from the landscape alone, this expansion is a refreshing change of pace.

While the story of a zombie infestation in the world of Borderlands is fun, not everything about the expansion was great. The biggest issue, by far, is the tedium of the quests, or, really, one quest chain in particular. To complete all the side quests in the expansion you have to collect zombie brains and to do this you have to finish off a zombie enemy with a headshot. This involved essentially collecting somewhere close to 200 brains by popping the heads of zombies with a shotgun or sniper rifle (the best weapons in the game to do this), usually at close quarters. Borderlands has a huge variety of guns, but you'll spend most of this expansion using only one or two, which is a real waste. 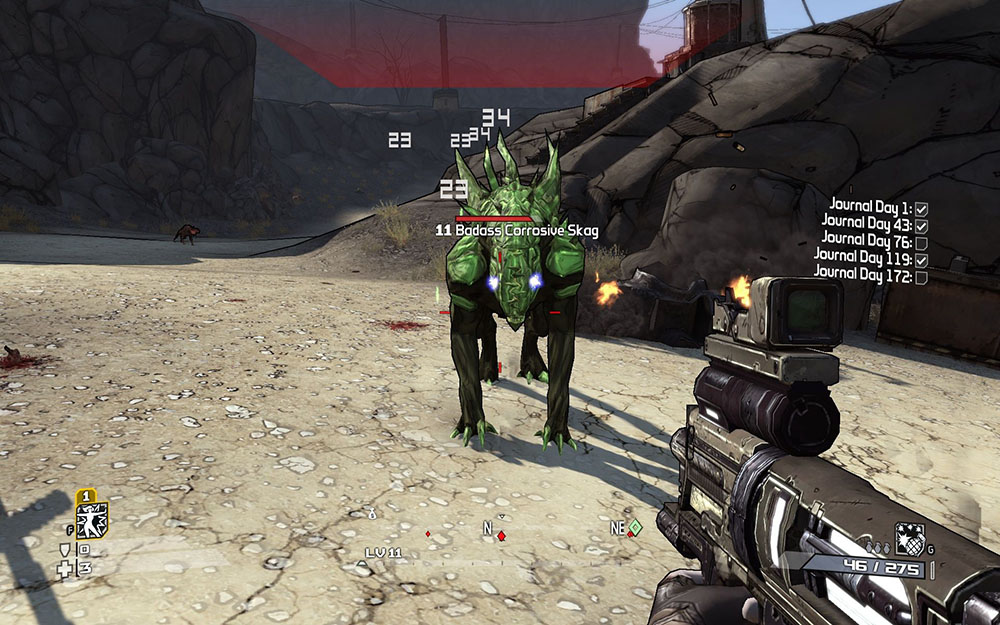 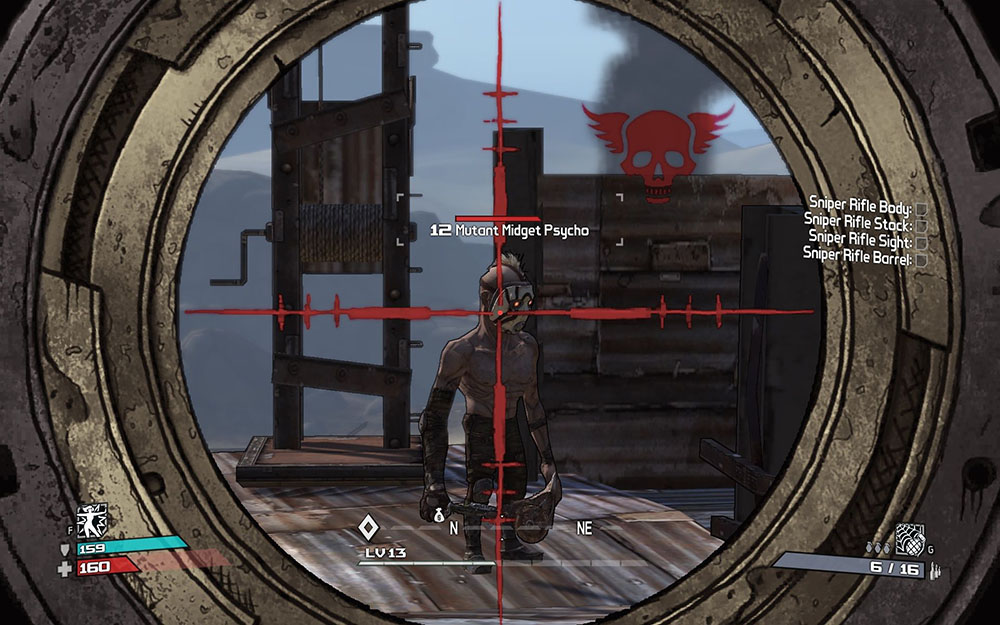 The expansion gets better once you're done with this sidequest and can just blast away once more (or if you ignore the sidequests entirely), but the tedium that settles into this expansion vastly outweighs all the fun you get to have in this weird scenario.

This expansion is kind of a homage to Mad Max, especially the ever famous "Thunderdome". Your hero (or heroes if playing with friends) drop into the Underdome and have to fight wave after wave of enemies set to your skill level. Although the main mission is fun enough, since you only have to clear 5 rounds (of 5 smaller waves) in each of the Underdome's three sectors, the longer mission that unlocks takes substantially longer. Specifically, 20 rounds (of 5 waves a pop) in each of the three arenas. This is a long, substantially investment of time and, aside from a few hardcore Borderlands addicts (such as myself) I doubt most people bothered.

The Secret Armory of General Knoxx

This is, by far, my favorite of the four expansions for the first Borderlands. This one introduces T-Bone Junction, a new, remote area of the planet with highways and swamps and a bunch of other zones to explore. Your job is to try and bring down the evil Atlas Corporation and stop General Knoxx (leader of the Atlas forces) from blowing up the planet. There's a lot to do in this mission pack, and plenty to explore, making it a fun time for players that have already seen all of the planet so far.

The biggest knock against this expansion is really more of an issue with all the expansions in the game: You can only fast travel to the starting zone of each expansion, which is a real buzz-kill in T-Bone Junction since the full set of maps for this zone stretch out far in each direction from the central hub, with long stretches of highway linking everything. That means that to complete a lot of the missions you have to drive from the hub all the way in one direction, then back, then the other way, then back. Over and over. A fast travel network for all the sections of the expansion would have made this whole zone a lot more fun to explore (and cut down on the forced backtracking). Note: this is something the second game fixed in all its expansions. 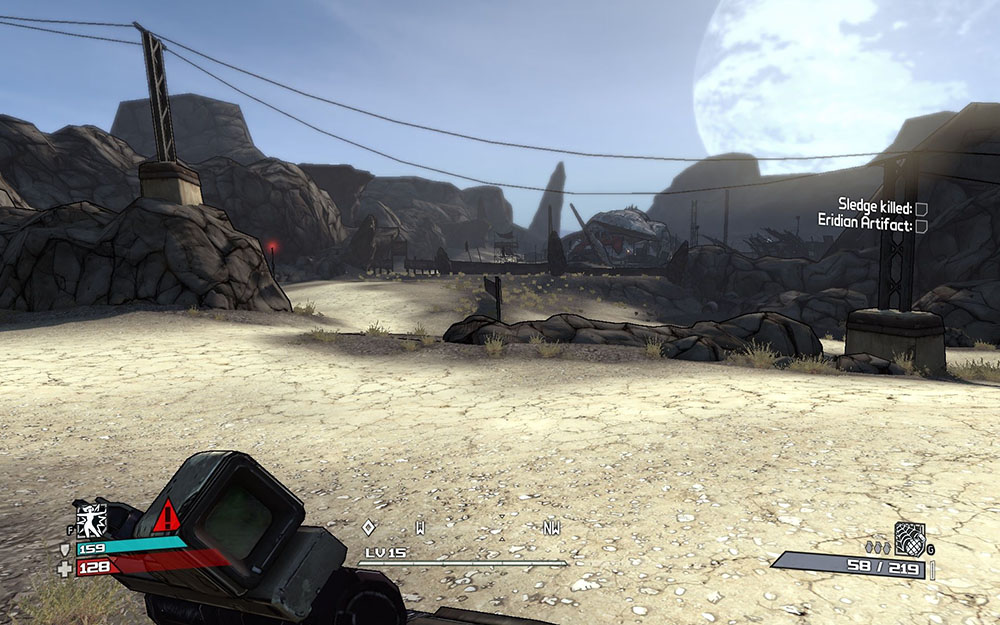 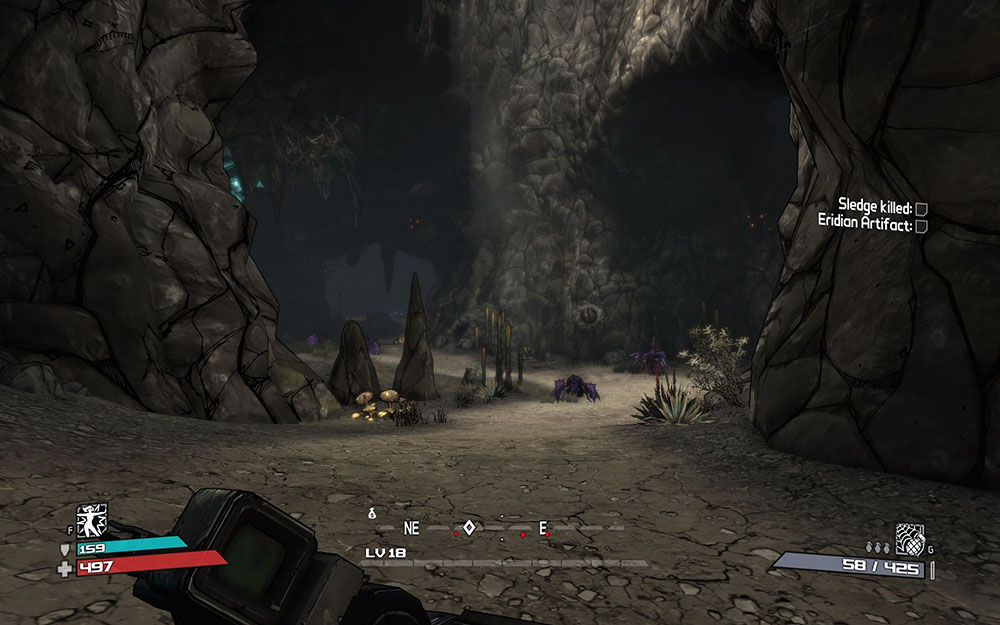 And yet, despite that, this expansion was a lot of fun. The cars are fun to drive here, the open road is great to explore, and there's just so much to do that even the forced backtracking is more an inconvenience than a real issue. If there's any expansion you're going to pick up for this game, the Secret Armory is the one to play.

And then there's this set of missions which... well, they're odd. This is basically a greatest hits of all the previous content released for the games, with new, robotic versions of all the enemies thrown at you once more through a long, twisty set of missions. Nothing about this expansion is bad, per se, but it doesn't really tread new ground or improve on the original Borderlands at all. You'll have fun playing through it, but if you're anything like me, you'll go back to exploring the Secret Armory once you've finished off this Revolution.