Of all of the various Super Mario SeriesHe's the world's most famous plumber and the biggest face in Nintendo's stable, a character so ubiquitous you already knew we were talking about Mario even before we said his name. games to come out in the early days of the red plumber's career, it's doubtful anyone expected 1985's Wrecking Crew would get a years-late revival. It's not that Wrecking Crew is a bad game, it's just limited in its scope and rather repetitive as the game wears on. Mario had moved on to other, bigger adventures while Wrecking Crew lay in the dustbin of obscurity, ignores and unappreciated since its release. 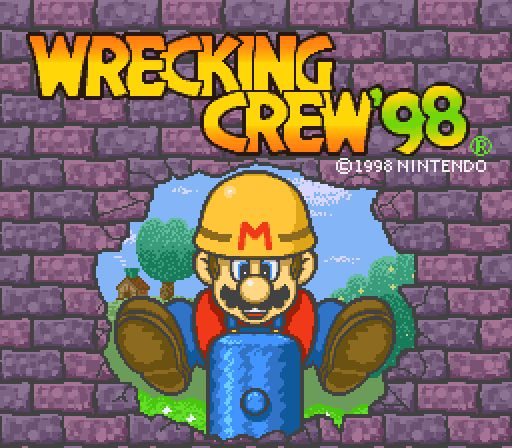 That said, NintendoSince 1983 (with the release of the Famicom gaming system in Japan), Nintendo has proven to be a gaming company dedicated to finding what gamers want, even when the gamers don't know it themselves. From dual-screen systems, to motion controls, to convertible home console/portable consoles, Nintendo regularly proves that the weirdest innovation is exactly what the gaming community needs. is not known for letting their IPs lay fallow; if there's a good enough idea for a continuation in some form, Big N will often pursue it. Thus, 13 years after the original Wrecking Crew came out we got Wrecking Crew '98. Although, by "we" I really mean Japan as this was a Japanese-exclusive release. This was due, in large part, to the fact that international divisions had stopped supporting the Super Nintendo Entertainment System by 1998 (switching gears to the Nintendo 64, which was released two years prior). Thus Japan was the only region that could officially get this game, and there hasn't been a proper port outside those shores since.

A good reason for that is probably because the original Wrecking Crew isn't a beloved game outside Japanese shores. That, plus there's that fact that Wrecking Crew '98 was a shot little game of just a few quick puzzle stages, and you have a recipe for a game that simply wasn't geared for international release. That's sad, though, because Wrecking Crew '98 is a cute, fun little twist on the Puyo genre of puzzle games, one with just enough interesting twists to make it infectiously playable. It certainly deserved a bigger life than the one it received.

In Wrecking Crew '98, Mario comes home from a trip to find Bowers building a bunch of high-rises that ruin the natural beauty of the Mushroom Kingdom. Angered by this (and presumably also angry with Bowser violating all kinds of zoning rules), the plumber picks up his trusty blue hammer and sets off to take out Bowser's buildings, one construction project at a time.

At it's core, Wrecking Crew '98 sticks close to the basics of Puyo game play. Your hero (Mario in the main story mode, although other characters can get unlocked in multiplayer mode over time) takes on one side of the construction site with an opponent (Eggplant Man, a Koopa Troopa, Gotchawrench, Foreman Spike, and then Bowser in the main game) on the other. Each has to line up bricks of the same color in at least rows of three (vertical, horizontal, or diagonal) to clear them. Clearing bricks in combinations sends bricks to the other side to fill your opponents screen. More combos mean more bricks, drowning your opponent. 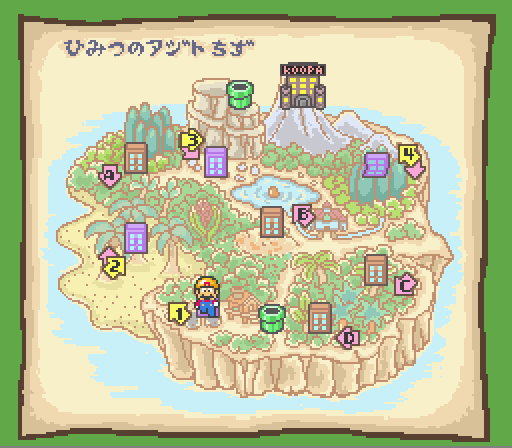 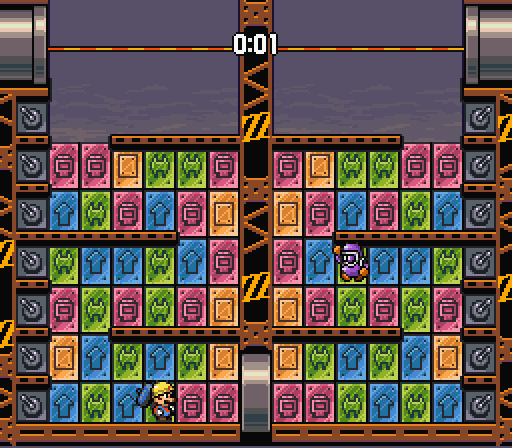 There are, however, a few changes to the format that make Wrecking Crew '98 distinctive. For starters, you don't control the pieces falling down the screen. Those come in combos generated at regular intervals by the game itself. Instead you control the hero directly who wanders around their pipe of bricks, destroying them, moving them around, and actively working to clear out all they can as their screen slowly fills. This active engagement turns this game from a standard puzzler into something more active and very different.

Since you don't control the pieces you can't easy setup combos on the fly. Instead you have to take Mario (or whoever) over to the side to grab little radial dials. Turn the dial and that specific row will slide over one spot. This allows you to control the bricks in their order to try and build combos effectively, although it can seem slow at times. Certainly going to a brick and hitting with a hammer is faster, if not as effective (as you could be forced to break needed bricks for other combos). You can also go out and hit bombs that will randomly appear and these will clear out chunks of bricks, although they are worth less than actual combos when taking on your foes.

Oh, and in one more twist, Mario can only easily access every other row on the screen. While he can rotate each row as he needs, platforms to walk along the bricks are only provided on alternating lines. You can walk out, and then jump-and-hammer some bricks, but you'll have to strategize this added platforming into your action to use it effectively. In short, Wrecking Crew '98 is a very active puzzler that will really make you think on your (and Mario's) feet.

During this era of gaming Nintendo released a number of puzzle games in this vein. There was Yoshi and Wario's Woods, not to mention the HAL-developed Puyo spin-off Kirby's Avalanche. The NES and SNES didn't lack for fun, Nintendo-focused puzzle games. Among all of that Wrecking Crew '98 doesn't really stand out that well. It's mechanics are great, sure, but it's very short and doesn't have a ton on offer outside of its handful of stages. It feels like "yet another puzzle game" amidst all Nintendo put out, giving this game a bit of the short shrift. 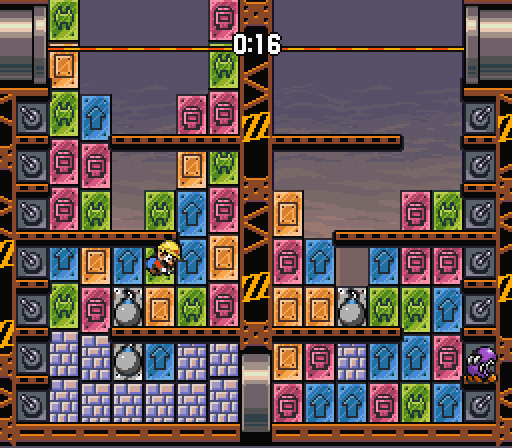 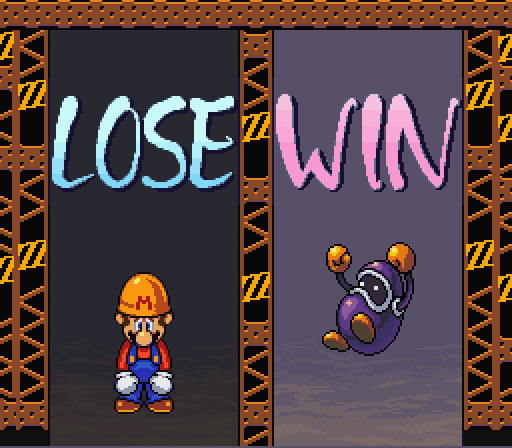 Despite this, though, if you can somehow find a copy of Wrecking Crew '98 (doing so via legal means is very hard to pull off) you'll find a very charming little puzzle-platforming game. It's fun, it's actually pretty addictive, and it has all the polish you expect from Nintendo. It might be short but that doesn't undersell it's fun. This is the most fun I've had with a game called Wrecking Crew and that's no small feat. Maybe one day Nintendo will do the right thing and bring this game out internationally, perhaps as part of some Online collection. Wrecking Crew '98 is too fun to miss.