It's not a stretch to say that Zelda II: The Adventure of Link is an divisive entry in the franchise. A marked departure from the formula of the first game, the first ever sequel for the Legend of ZeldaCreated by Nintendo in 1986, the original Legend of Zelda game presented players with a open world to explore, packed with dungeons and monsters all ready to kill them at a moment's notice. The mix of adventure and action game play created a winning game and launched not only a successful series but an entirely new video game genre. franchise, this game was handled by a different team than the one that made the first game (the sequel was passed to one of the Mario teams), and they went off and made a game they understood: a side-scrolling adventure instead of the top-down adventure fans expected. The series quickly reverted to the original style for A Link to the Past and continued cranking out titles like that right up until Breath of the Wild.

It's style wasn't the only issue with the game, mind you; the game was also maddeningly hard. It had secrets that were obtuse, dungeons that were sprawling labyrinths for no reason, and combat that was a nightmare to master. It was the kind of game many NES kids got, played once, and then set aside, angry that the game had already managed to "ruin their childhood." It's no wonder Nintendo never really made another game like Zelda II in the series. And yet...

The years have been kind to Zelda II. While I doubt anyone could consider the game a hidden masterpiece, it does have a growing community of fans. If you can figure out the rhythms of the combat, and learn all the secrets of the game ahead of time, then Zelda II seems neither as hard nor as punishing as it might once have. It's the kind of game that took a community to figure out and master (and that community was the Internet), but now fans can appreciate the game for what it is, not what they were expecting it to be.

Honestly, though, the best way to experience Zelda II isn't via the vanilla game but by the randomizer. Created by digshake (and with a community of help behind the project) the Zelda II Randomizer (or Z2R) has grown into a strong, mature, and very fun way to play Zelda II. It's quickly becoming one of the more robust randomizers out there, not bad for a game that pretty much everyone hated when it first came out. 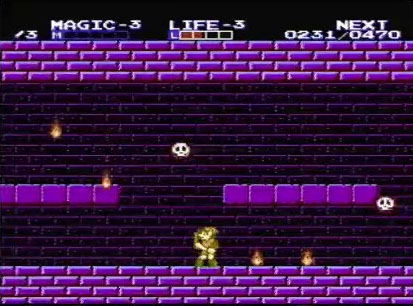 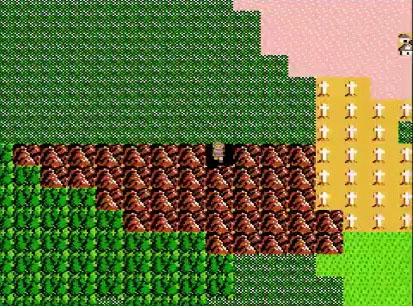 Now in its 1.6 edition, the Zelda II Randomizer pretty well remakes the whole NES game into something more palatable but also a whole lot weirder. Starting with the very broadest features, the randomizer changes the whole layout of the game, start to finish. If you already know the overworld of the original game then this randomizer is going to give you quite the shock as it can randomize the whole of the overworld. This isn't just changing around positions of major features, mind you; instead it literally draws an entirely new, procedurally generated overworld. There will still be some basics that are the same -- six palaces, the same number of towns, an area designated as Death Mountain, a Valley of Death, a Maze Island, and two major continents to explore -- but everything else, down to every strange nook and cranny, will be different.

The dungeons, too, are completely randomized. Well, okay, shuffled is a better term as the rooms aren't procedurally generated. They do, however, shuffle everything around within them, creating new palace layouts. Plus, with the latest release, a new batch of dungeon rooms taken from other rom hacks, and more contributed by fans of the randomizer, have been added into the pool as well. Palace layouts will suddenly look very different, with unexpected areas to explore, giving them a totally new feel.

On top of that, just about everything else you could think of has been shuffled and randomized. Experience totals can be randomized, enemy encounters can be moved around, random enemies can be placed, and so much more. This is the kind of randomizer where the creators have looked at it and said, "is this random enough yet?" and then added even more thing to shift and change. It doesn't change the core experience of Zelda II mind you (you're still Link going through the basics of the game play, although your sprite can be Zelda, or Alucard, or a bunch of others). What's changed is everything around the game style you expected.

This is what I love about randomizers: after a couple of times through a game you already know all its secrets. While there is always a lingering bit of magic to a good game, the spark of exploration dulls over time. A good randomizer, like Z2R, brings that joy back, though, giving you an all new experience so that you can relish everything about a game all over again. And then do it again, and again, and again. You never have to play the same game twice again, allowing you to revisit a classic and see it through fresh eyes once more. 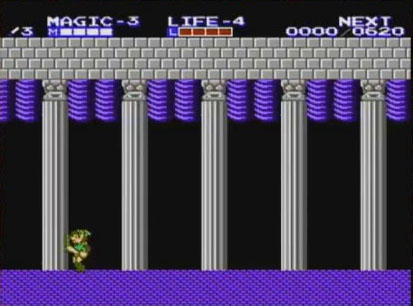 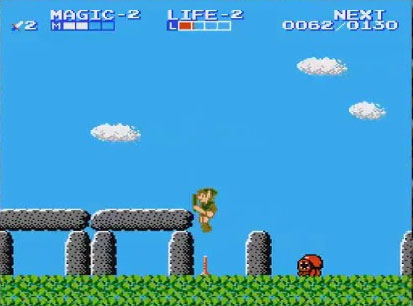 Again, I doubt anyone would consider Zelda II a classic, but the randomizer does a lot to redeem the game. Yes, the combat is still annoyingly tough until you figure it out, and there are still plenty of times where the game just decides you're going to die and there's really nothing you can do about it (the randomizer doesn't make the game easier, just different). At the same time, though, it's easier to appreciate the core experience of Zelda II when the randomizer makes it fresh and interesting once more.

If you hated Zelda II then I don't know if anything can ever truly make you want to play the randomizer. But for anyone that's curious, or has a passing level of interest in a new way to play this old title, then the randomizer just might be for you. Give the Zelda II Randomizer a try and you might just find a new obsession to help you while away your time.