The Salvation of Freeland

This week brings us another finale, this time for Black Lightning Season 3. We'll have a lot to talk about below for the show, but I do have to note that I'm glad at least one of these shows is taking a break for a bit. Keeping up with five shows a week is a lot of effort (and back when Arrow was going it was murder). Being able to trim down to four shows is going to be so nice for the rest of this season. 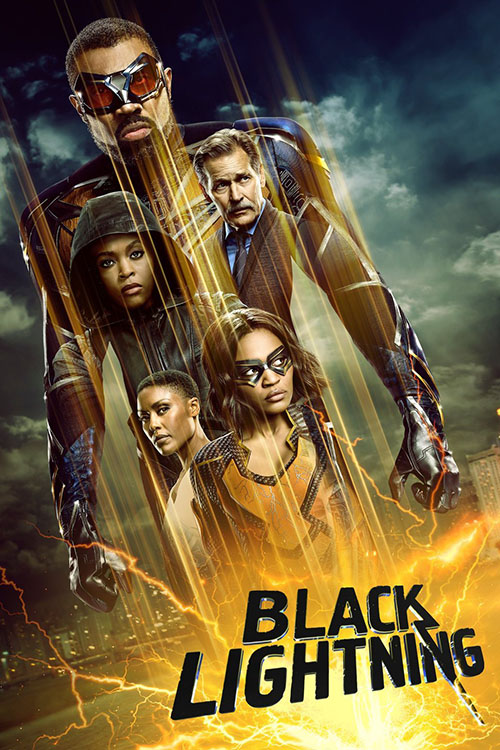 Note, though, that we may soon have to take a small hiatus from these ArrowverseWhen it was announced that the CW was creating a show based on the Green Arrow, people laughed. The CW? Really? Was it going to be teen-oriented like everything else on the network and be called "Arrow High"? And yet that one show, Arrow has spawned three spin-offs, various related shows and given DC a successful shared universe, the Arrowverse on TV and streaming. articles, depending on what happens with the Coronavirus. Production on all CW shows has halted at this point, and while there are still a couple of weeks of episodes in the can for all our shows right now, who knows if the production hitaus will lead to a delay in new episodes airing. We'll just have to keep our eyes out and see.

So here we go, the conclusion to a very uneven season of Black Lightning. The weird thing for me is that "uneven" is actually an improvement for the show -- past seasons have just be unbearably dull and leaden but at least this season showed signs of life and the hope that the storytelling was going to improve. It didn't, and the signs of life were short lived, but there was a span in the middle of this season where I actually found myself enjoying this show, but the finaleensures that whatever I liked about the show is goine and we're going to head back to the status quo of previous seasons.

There was a lot going on in this episode, enough that it could have easily been two or three episodes to let all the little story bits play out. Every major character from the series gets a part in this episode, so obviously we're going to have to do a lot of groundwork just to recap. The biggest storyline is, of course, Black Lightning's battle against Gravedigger. This is the plotline that's been developing all season, with the Markovians seeking a toe-hold in Freeland, Gravedigger as the eventually-revealed head of the Markovian forces. His goal was to collect all the meta-humans and take them to Markovia so he could "liberate" them (even though they'd be locked up into their own little military city-state and, of course, would be expected to fight for Markovia (or be mind controlled into doing so, or just be killed if they refused).

Naturally, even if Gravedigger thought his plan was good -- "I'm freeing the metas and giving them their own country" -- the rest of the charcters on the show weren't on board with in. And, considering the social issues the show is trying to grapple with I'm not even sure of the message they're trying to send here. I could see shades of, "if the African-Americans don't like it here let's just shove them into their own country elsewhere," but seems pretty ham-handed and not something that is regularly bandied about by... anyone? Besides, as a person of Jewish descent, all I can think of is Israel and, despite that country's political issues, I don't think there's a Jewish person around that would argue the creation of that country was a bad thing. Of course, no one rounded up my people and shoved them into Israel so... again, what is the message the show was trying to say here?

While Black Lightning, Lightning, and Thunder dealt with Gravedigger, we also had the conclusion of the ASA plotline, with Odell turning tail and running because... well, I don't know. The show makes it out like he's lost faith in Freeland and thinks the city is a lost cause. This would be a plot development that made sense if, not five seconds later, Black Lightning then defeats Gravedigger and sends the Markovians scurrying home. I seriously doubt Odell, who up until this episode has been a master manipulator and multi-step plotter, would really give up like this. It's just so out of character. Plus, with this way his storyline wraps, this villain is now off the table (not just Odell but his entire organization, the ASA), so the only solid heavy the show has had is gone, wiped away by a pathetic resolution to what became a ho-hum storyline. 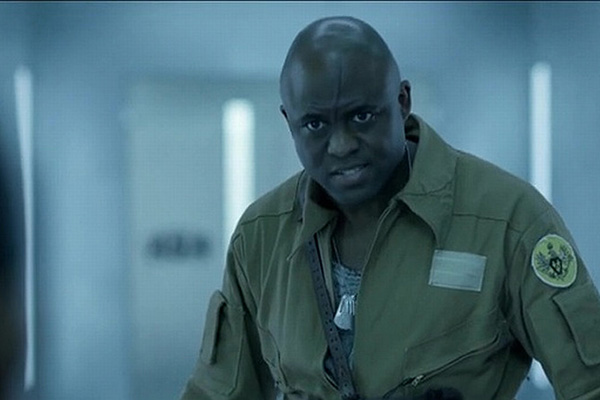 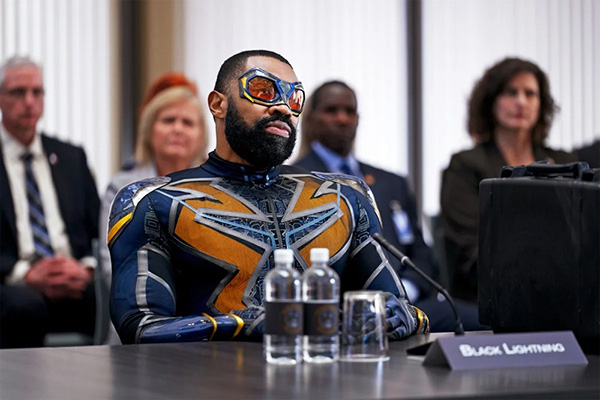 Speaking of heavies, with Odell off the table, and Gravedigger seemingly defeated (although, as we see in the last montage of the episode, the character is still alive to plot and scheme poorly later), there's a power vacuum in Freeland. And who else would step ijnto it by Tobias Whale. But, seriously, please don't. Tobias is such a boring character and, after two seasons of him failing to do anything the show was better off without him. In fact, I'd make the argument that this season of the show really started going off the rails when Tobias became a prominent figure in the storyline again. If the show could just give us one villain, one that wasn't Tobias, and focus on them for 16 episodes or so it would be so much better.

The real issue with this episode is that it doesn't devote enough time to anything going on here.We have so many threads in this war for Freeland, so many people running around, so many threads to try and tie up, that a lot of stuff is resolved in a ham-fisted way. That's how we get Kahlil/Painkiller, having one whole scene to end his internal conflict and resolve his entire plotline for the season. That's how we have Dr. Jace shoved into a single short segment (with none of her story in and around it) where she shows up, is killed, and never mentioned again. The show just speeds through all its story without devoting enough time to any of it so none of the big moments land. We simply aren't given time to care about any of it.

I think it's a problem that has plagued so much of the season. When it worked it was because the show took its time, letting Odell play master villain while all the characters spun around him and his plans. But when it actually had to focus on key moments -- "Crisis", the Markovians, Gravedigger -- it sped past them throwing every character at every situation that it could as if more was better. It needs to learn to take its time, to focus on a single storyline or two and really work through them. The show simply has too many characters, too many storylines, and too much going on to be able to resolve anything in 16 episodes. And bear in mind I basically hate this show so if I'm saying it needs more time, more episodes, to focus on its storylines, you know I have to mean that. I want to avoid watching more Black Lightning, but if it would mean the show could find a better pace, I'd suffer through it.

This season is a disappointment because, after rising above past awfulness, the show fell right back down to wallow in the terrible storytelling conventions that marked the first two seasons. You proved, for however brief a time, that you could be a good show, Black Lightning. Please, for season four, try and do better. 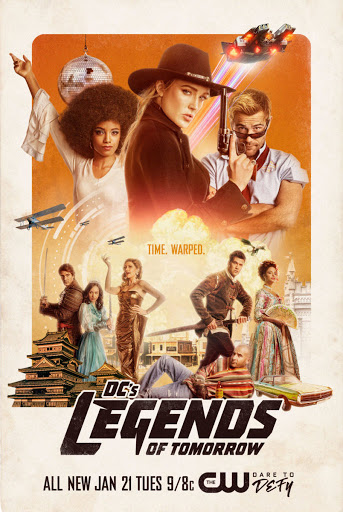 This show is absolute magic. I feel the need to say that right now because this week's episode, "Mr. Parker's Cul-De-Sac", is a perfect example of the show running at its finest form, as well as a wonderful illustration of how integral Brandon Routh's Ray Palmer / Atom is to the show. It also serves as a marker as the end of an era as, with this episode and next weeks to come, Routh is being written off the show (along with his wife both in real life and on the show, Courtney Ford / Nora Darhk). Many fans are understanably upset because it's hard to see the show existing in anything like its current form without Routh hanging around.

The episode is all about Ray and Nora as Ray prepares to seize the day and finally ask her to marry him. He has a big dinner all planned out, but the evening is interrupted when Damien Darhk, Nora's dead father (sent back to Earth from Hell as an Encore), shows up to crash the party. Then Nora has to lie her ass off while she tries to find a way to depower her father and keep him from going on an evil killing spree to stay out of Hell. Some of the heroes are conscripted into acting like her minions (as she pretends to be an evil sorceress to impress her dad), Constantine becomes her "boyfriend", and the lies spin further and further our of control.

Meanwhile, Ray, hidden away on the waverider with Nora's current fairy godmother charge, has to entertain the tyke, which he does by showing her episodes of "Mr. Parker's Cul-De-Sac" (an off-brand Mr. Roger's Neighborhood that still sets that right, magic tone). When all the lies fall apart and Damien tries to kill the whole team, Nora's god-kid wishes them all into the Cul-De-Sac and, yes, Ray gets to be "Mr. Parker", singing a little song and talking about all the ways to be nice and considerate and a good person. It's pitch perfect. And this is why Routh is an absolute treasure. 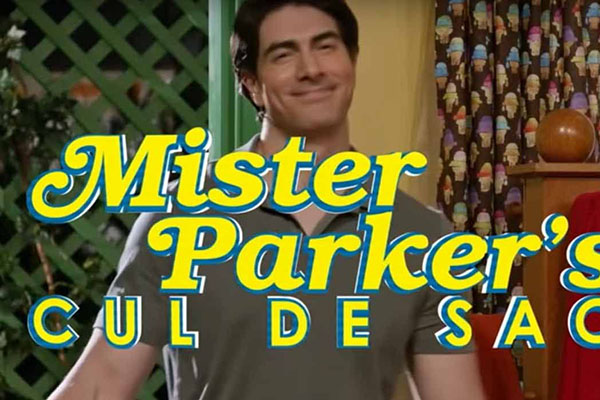 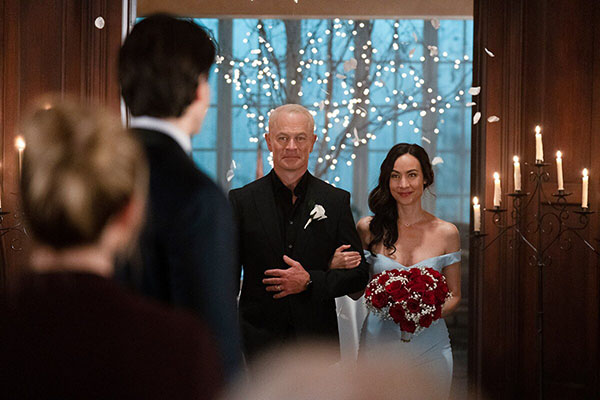 This story clearly illustrates exactly what I was talking about above with Black Lightning: slowing down enough to focus on a single storyline and doing it well. Yes, there are a couple of B-plots -- Constantine and Charlie plotting about the Loom of Time, Rory learning he has a teenage daughter -- but 80% of the show is focused on Nora and Ray, giving this story all the time it needs to develop and go to all the great places this show can explore. By the end of it, when Damien gives his blessing and watches, with love in his eyes, as his little girl gets marries, the show has earned the emotional high of that climax. Black Lightning still has yet to tell a story even half as good as this episode.

Plus, this episode is just hilarious. There are so many good moments, when with side characters that don't factor into the main story. THis is a show that knows how to use its large cast of characters, bouncing them off each other to create funny moments and believable charcater interactions. It usues everyone wisely and, when it doesn't have anything for them to do it lets them fade away so others can be essential. It strikes the right tone, entertaining and funny and outlandish, and ends on a great note. This is Legends at its best.

So let's enjoy Ray and Nora for one more episode and see if the show can give them the send off they deserve. And then it better not screw things up after because this show is the best thing on the CW right now and I'll be rightly pissed if the producers ruin it by getting rid of Ray and Nora.