I was down on The Lord of the Rings: The Fellowship of the Ring yesterday. Going back and watching that film again after a number of years (nearly two decades, really) left it feeling a tad slow. It was a pretty film, and well designed, but the pace of the story left a lot to be desired, in my opinion. I was honestly dreading going through the next two films because, while The Fellowship of the Ring was better than any of the films in Jackson's The Hobbit trilogy, it still didn't hook me. 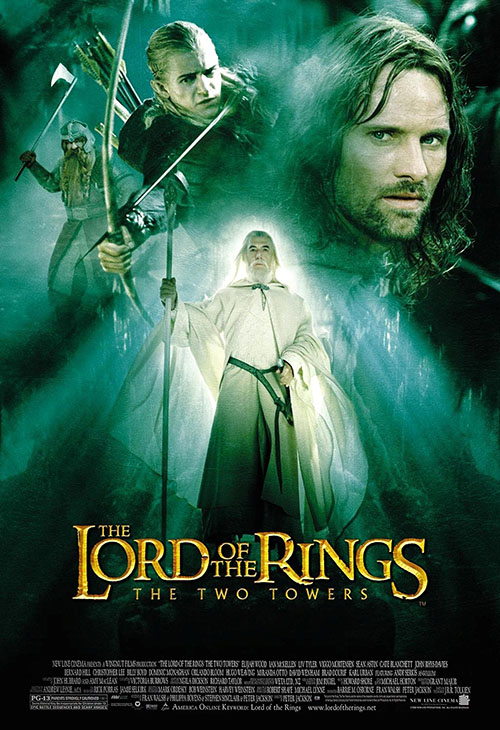 I think the big issue with it may just have been that there wasn't anything really epic to grab my attention. The biggest set piece of the film comes around the two hour mark when the party has to venture through the caves of Moria. After that it's another long slog to a minor skirmish while, for the most part, all we get is a long bit of walking. Thankfully, the second film, The Two Towers, does quicken the pace a fair bit, giving us more to watch, more things going on, and more for our heroes to do. It's not just a party of people walking, in other regards.

The film opens with the party divided, with Frodo and Samwise heading off into the mountains to find their path into Mount Doom so they can dispose of the ring, once and for all. Realizing they're being tracked, Frodo and Sam lay a trap, only to catch Golum attempting to steal the ring. Befriending Golum (through pity and kindness), Frodo manages to convince the old, mangled hobbit to act as their guide, leading them deeper into the lands and aiding them so they don't get lost. Meanwhile, Aragorn, Legolas, and Gimli are hot on the trail of Merry and Pippin, the two hobbits kidnapped by orcs at the end of the last film. They spend a few days tracking these orcs across the hills and woodlands of Middle-earthCreated by J.R.R Tolkein, Middle-earth is the setting for the author's big sagas, featuring the characters of hobbits, dwarves, elves, and men. only for the trail of the hobbits to go cold.

Instead of the hobbits the trio find Gandalf, now in white, back from the dead (and severely powered up). He sends them on a quest to aid the people of Rojan as their king is sickly and enfeebled. This takes the might of the three heroes and the power of Gandalf to help cure, but it's only a small fix as the bigger issue is the army of orcs making a line straight for Rojan. The king and his subjects bail on their keep for the bigger, better defended fort of Helm's Deep, but the orcs, backed by the evil wizard Sarumon, may have the numbers that can defeat even this unbreachable fortress. The fate of Middle-earth depends on saving this fortress while Frodo and Sam continue their journey deeper into Mordor.

Most of the movement this time comes from the trio of heroes -- Aragorn, Legolas, and Gimli -- as they make their way across the world and end up getting into one adventure after another. They fight some orcs, they save a king, they defend a city, and then they get engaged in a massive battle much larger than anything glimpsed in the first film. It's great, with plenty of momentum carrying these adventurers through the film. 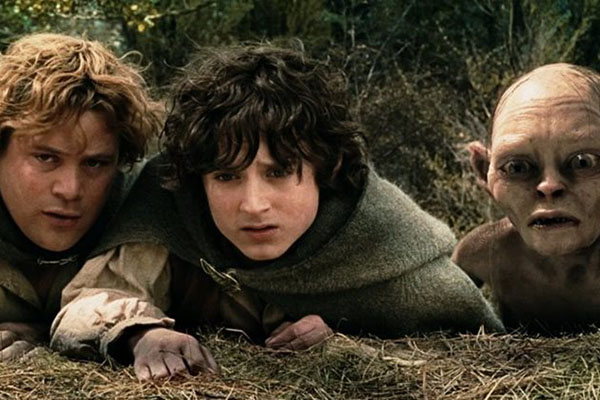 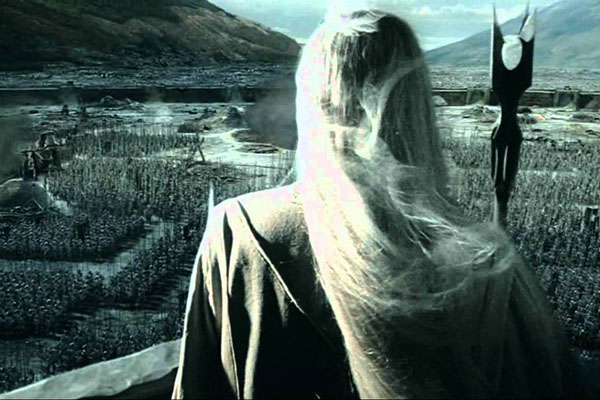 Part of what works so well is that Gimli and Legolas become real characters here and not just side companions for the other heroes (as they basically were in the first film). Here the two get to become real people, with gimli the boasting, grumpy dwarf while Legolas develops his style and pizazz. I liked them each as individuals much more here, but better still was the chemistry between the two as the heroes bonded and developed a fun, bickering friendship. This is the benefit of breaking the party up into individual pieces as each section then has to focus on a few select characters, giving them all more to do in the process.

The same goes for Merry and Pippin who in the previous film were just comic relief. Here, though, they go from captured by orcs to rescued by an ent, Treebeard. Ents are living creatures and Merry and Pippin have to first convince the ents to go to war and then, once the ent get moving, they join their tree-friends in the battle at Sarumon's tower (one of the two featured in this film). Far from being just comic characters, these two end up convincing an army to go to war, leading to a decisive victory that cuts off part of Sauron's power by stopping the flow of orcs from Sarumon's fortress.

What's cool is seeing these plot lines cut between each other, inter cutting as all the heroes go about their quests, making forward progress in the defense of Middle-earth. Far from being a movie where very little is done and the party barely makes any progress towards destroying the One Ring, this time around everyone is involved in something and a lot goes on. War isn't just a promise anymore but a reality and seeing it brought to life, especially at the climax with both the fight at Helm's Deep and Sarumon's Tower, was absolutely thrilling.

Sadly, Frodo and Sam's adventure was anything but thrilling. While everyone else made forward progress towards defending Middle-earth, Frodo and Sam basically get lost for half the film, get capture by humans, end up almost back where they started, and still aren't even in Mordor yet. While everyone else in the film gets to have big adventures, making real progress, Sam and Frodo are stuck spinning their wheels, time and time again. "Oh we're almost at the door to Mordor... let's go around instead..." Ugh. 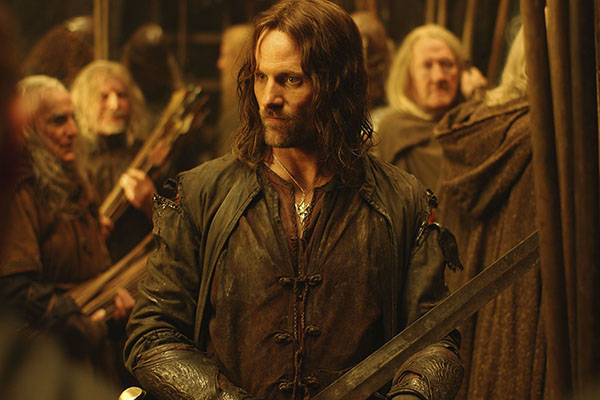 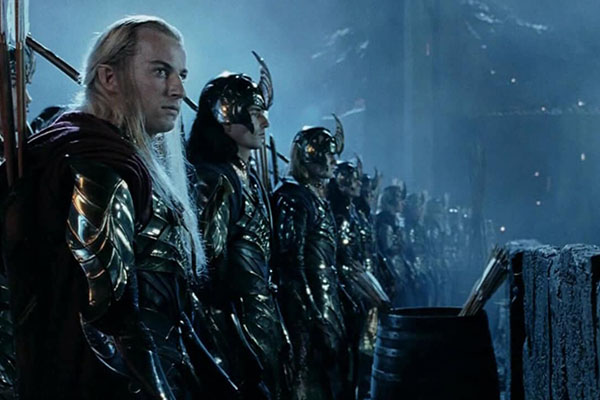 This is a real flaw that holds the film back some because, in the end, it's the quest of the One Ring, sending it into the fiery pit of Mordor, that really matters. Everything else going on is great and will ensure there are people left after the war is over, no debate there, but until the One Ring ends up on the lava it's all window dressing. Sauron dies when the One Ring is destroyed so save all the cities you want and defends all the citizens you can, only this quest matters and it's the one that goes nowhere (and does it quite slowly).

When discussing the first movie I noted how long it was and how much of it felt like padding, as each and every page was adapted to the screen even if (for a casual viewer like myself) it didn't seem absolutely necessary. If that film had been pared back some in length, parts of this film (such as Frodo and Sam maybe finally finding a path to Mordor at the end of this film) could have been stitched into that movie. The Battle at Helm's Deep is great, a stunning climax for this film, and it could either be the end for the first film or the opening act of the second. But drawing this film out into a three hour film doesn't do the story any favors. The pacing still seems off and the movie (even in its standard, three-hour cut) still feels very long.

I guess we should be thankful that Tom Bombadil never shows up, though, so at least the films are dragged down even further by his lackluster character.