Ride 'Til the Cows Come Home

I would not consider myself a fan of Westerns. Partially that's due to the era not striking a chord with me (I much prefer future settings in Sci-Fi than the Old West) but also simply because Western stories generally are too slow for my tastes. While there are some that manage to rise about for me (The Quick and the Dead for one, as well as "The Doc Holiday Show", aka Tombstone), most Westerns tend to feel about as plodding as riding a horse right across the Old West. You can sit through it if you want, but there's a reason we invented more modern forms of adventure (and travel). 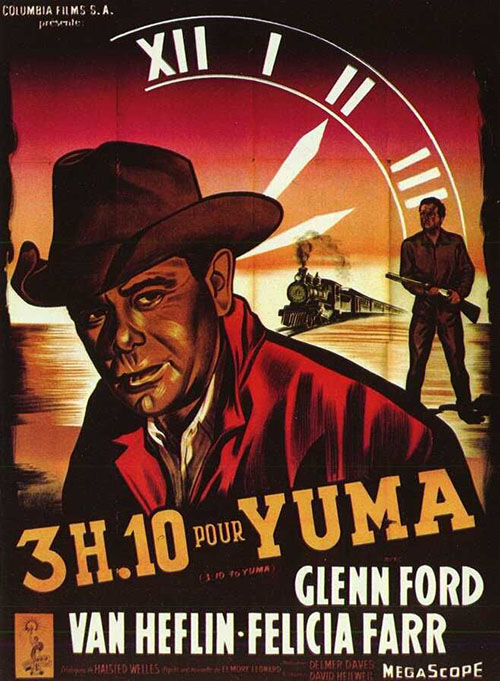 I would bet there's a fair number of people that share that sentiment, honestly, considering the fact that the big Hollywood Western is dead. Although you occasionally get attempts at reviving the genre, most of those aren't very successful and they have yet to relaunch that whole style of film. People want superheroes, they want action, they want movies that breeze on past and there's a certain pace and style to a Western. If you deviate too far it's not even really a Western anymore, it loses that feel. Westerns are very specific things and most audiences have passed them by.

Still, it is interesting to go back, once in a while, and see some of the older stories, how they were told, and why they were considered good films back in the day. One of those is 3:10 to Yuma, a classic Western from 1957 that managed to stay just popular enough with the Western-loving segment to warrant a remake 50 years later. If we're going to talk about that remake, though, it's good to see what the original had going on and, honestly, comparing the two reveals some interesting things about that remake (which we'll get to next time). As for the original, well... it is very much a Western, through and through.

In the 1957 3:10 to Yuma (itself based on an early Elmore Leonard short story, "Three-Ten to Yuma"), we're introduced to Dan Evans (Van Heflin), a down-on-his-luck rancher slowly watching his herd waste away due to a lack of water. The river dried up and it hasn't rained in his neck of the woods in some time, leaving him unable to hydrate the cattle. Being broke as he is, though, he also can't afford to buy enough water to sate the beasts, leaving him between a rock and a hard place. He needs money but he can't get money until he sells his cattle, but he can't sell them until they're mature and they won't make it that far without water, which he needs money for.

And then along comes a potential windfall in the name of Ben Wade (Glenn Ford). Wade, a wanted outlaw in multiple states, had just robbed the local money stage when he was caught, quite to his own bemusement, some hours later. Needing a posse to take Wade to the 3:10 train to Yuma the next day, the reward of $200 is placed by the local rich tycoon for anyone that will join the crew. Evans steps up, seeing his chance to make some cash and save his cattle. All he has to do is survive long enough with Wade in tow, and all of Wade's men coming after him, to collect his bounty. 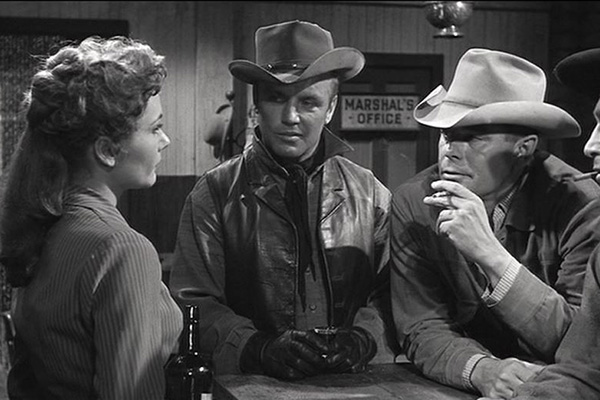 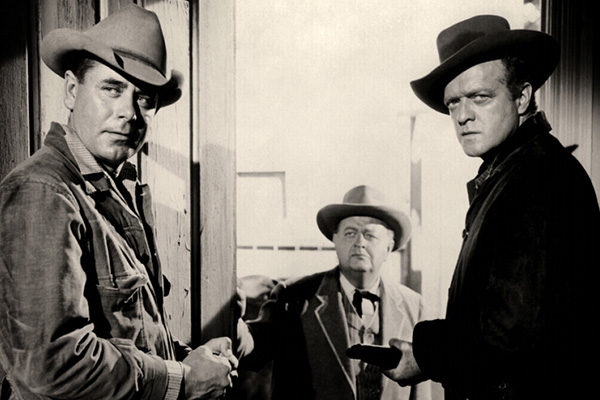 In the right hands this kind of setup could lead to quite the action-packed adventure. We'd have a big chase to the train station, and then a big gunfight as Evans led Wade through town, shooting all the men that came at them. That kind of long, action-packed series of events would be dynamic, but it also would wrap up in about 90 minutes total (with story setup), breezing in and then exiting before it over-stayed its welcome. Just the right kind of action movie, basically.

Made when it was, though, the 1957 3:10 to Yuma does none of that. Instead what we have is a pretty long, slow drama with characters sitting around talking for huge stretches of the film, dotted only occasionally by little bits of action. The most action packed part of the film we get is the final shootout, but in reality even that is a bloodless and low-stakes affair. Some of that is the fault of the director, not really staging and shooting things to keep the action dynamic, but mostly we have to blame the era and the Hayes Code.

Bear in mind that when this film was made Hollywood was still dealing with the moral panic over its content. Violence had to be bloodless, deaths could only be implied, and good and evil had to be clear-cut and idealized. That's how we end up with the least suspenseful series of events possible as our good rancher takes the bad guy (with a smooth tongue and a secret heart of gold) across the countryside. Were it not for the two leads this film would be an interminable chore.

It is to the credit of Ford and Heflin that the film is as engaging as it ends up being. Ford is beyond charismatic is his turn as the quick-witted Wade, talking his way around people with a smile, all while keeping just a little bit of evil behind his eyes. You get the vibe that he could be a good guy if he wanted but he enjoys the freedom and lifestyle afforded by being an outlaw, so he goes with it. The scenes with him, chatting away as he looks to get an edge over everyone, are really great. Pairing him with Evans who can make his grungy farmer interesting, a good guy straight-man to Ford's Wade, really gets the scenes between them humming. 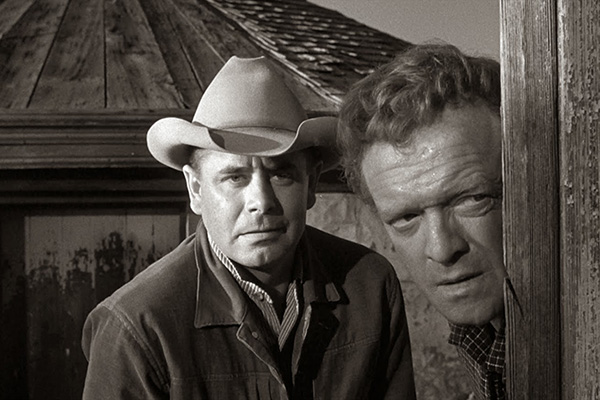 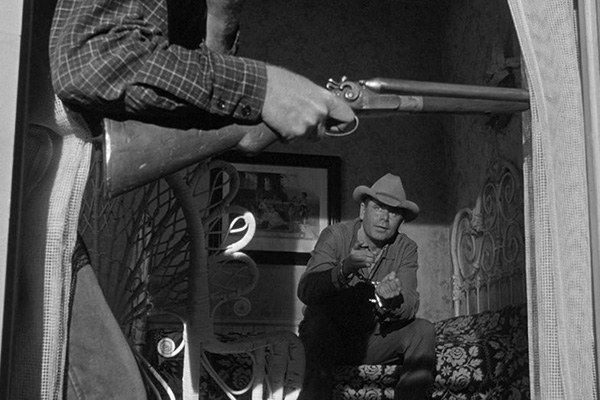 it's everything around them that sucks. The scenes of them riding, of talking and complaining with other people, of anything that isn't Ford and Heflin, that's where the movie drags the worst. The film really wants you to invest in Evans's back story, his troubles on his farm, his needy family, but all you can do while watching him is think, "man, you should be riding with the Magnificent SevenRiding into battle to defend western towns from the scourge of bandits, the Magnificent Seven have had made adventures (and many teams) across its long and storied franchise.. Go ditch these losers and have some fun with Wade." Meanwhile, Wade's men remain barely sketched, just a big collection of interchangeable goons you could take or leave scene-to-scene. The film needed more story for everyone, and better actors to handle those roles.

But then, more importantly, this film really needed more action. Obviously it could only do so much, filmed as it was in 1957, but you really wish there were a few more gun fights, fist fights, and the like. Anything, really, to spice this film up so it's more the action movie it needs to be and not a slow Western drama. There are times where the film does work, but those are fleeting, promising a better move than what we got if only everyone could have gotten out of the way to let it happen.

3:10 to Yuma is a tolerable movie at best, livened up by the back-and-forth dynamic between the leads. It's watchable enough, once, but it's not the kind of film anyone that doesn't already like old Westerns is going to want to see again. I suppose if you like this style of film then it's a great movie. Maybe. If I'm being kind. For everyone else, though, there's a more action-packed version to come...