Ryan Reynolds is a movie star, this is no denying that. I've respected the actor since I first saw him in National Lampoon's Van Wilder and I figured he was going to do great things as his career progressed (the less said about Two Guys, a Girl, and a Pizza Place the better). It's pretty clear he loves what he does and that, also, he really wanted to make superhero films. His career was dotted with a couple of clear misfires in that direction, both X-Men Origins: Wolverine (with his first attempt at playing Deadpool) and then Green Lantern two years later. 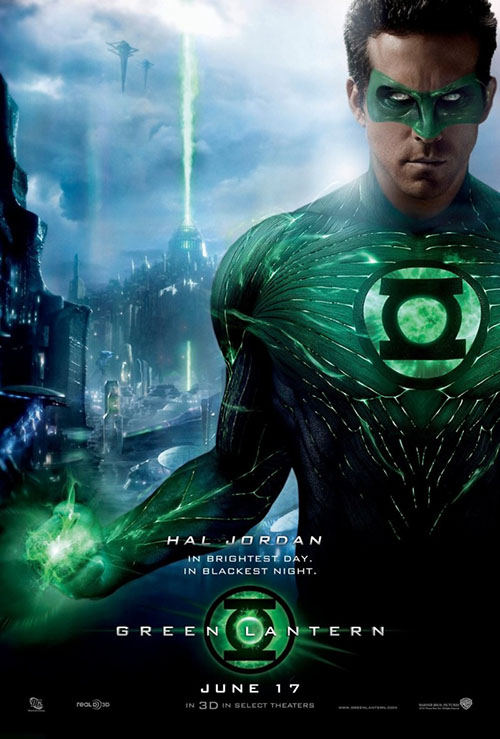 Those two misfires, it's worth mentioned, helped to put the kibosh on the film he really wanted to make, Deadpool, for years. That awful Wolverine film illustrated to the studio that Deadpool couldn't work on screen (despite the fact that Reynolds's Wade Wilson was the best part of that film, right up until the movie ruins him) while Green Lantern apparently illustrated that Reynolds couldn't carry a superhero film. Hindsight being what it is we now know (to a cool $780 Mil on a tiny $58 Mil budget), Reynolds clearly could carry a superhero film (one named Deadpool). The studio just had to give him the right material.

Honestly, Green Lantern is not the right material, although that's not entirely the fault of Reynolds. Yes, it's partly his fault but that's because he was honestly miscast in the role. As written, Hal Jordan in this film is a screw-up, unable to get his life together or commit to anything. He's also not that funny of a guy, not nearly as quippy or expressive as you'd expect from a character played by Reynolds. This kind of character needed someone else in the role (Nathan Fillion was bucking for the role at one point and would have been great for it), but Reynolds just isn't a good fit as Hal Jordan. Guy Gardner, maybe, and that would have been a take on the character I wanted to see, but not Hal.

Thing is, Reynolds does what he can with a role he clearly should not have been playing. He does all the leading man things he can and commits himself to the role, as awkward of a fit as it was. The movie itself isn't great and Reynolds does all he can to at least make it watchable. There were a ton of flaws with the film, start to finish, but a different actor might have been able to make it work through sheer force of will. Reynolds was fighting an up hill battle here, already hobbled by playing a role not well suited to him, and he just couldn't carry this film across the finish line all on his own.

The movie itself at least has the right setup, at least for two-thirds of its run-time. Like in the comics, Hal (Reynolds) is a fighter pilot working for Ferris Air, testing out their latest high-tech planes. His wing-woman is Carol Ferris (Blake Lively), daughter of the Ferris air CEO and next in line to take over the company. She's committed to the company's big project, the latest in unmanned aerial drones, and wants to show the U.S. military how good the drones are on a test flight. Hal, though, just wants to win so he does every trick he can to beat the drones, even flying outside the test parameters, and loses his plane in the process but, technically, he does get the win. He also gets put on administrative leave and sent home after his stunt. 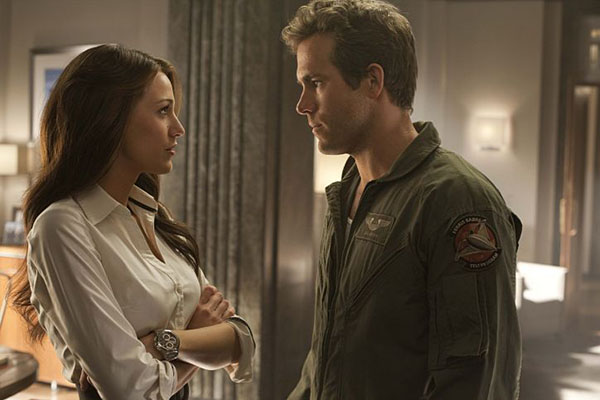 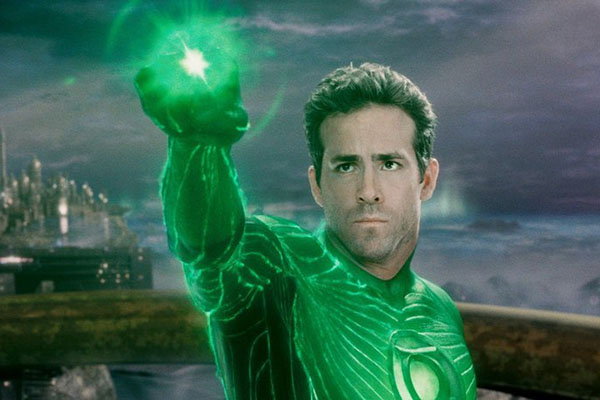 After meeting with Carol later at the old dive bar they used to frequent (before he dumped her out of a fear of commitment), he ends up finding a floating green ring that whisks him away to the dying body of Abin Sur (Temuera Morrison), an alien that just crashed on the planet. He's been attacked bu the evil fear entity Parallax (Clancy Brown) and his ship crashed, mortally wounding him the process. The ring chose Hal and he's the new Green Lantern of this sector of space, but Hal is going to have to commit to the job and learn it quick as Parallax is coming for Earth, the ring, and the whole of the Green Lantern Corps.

Frankly, while I appreciate the attempt, I think a lot of this stuff should have been kept aside until a sequel film. Hal finding Abin Sur, getting the ring, and then having to battle against a single villain -- Hector Hammond (Peter Sarsgaard) in this film, infected by the Parallax energy in this film after studying (in his role as a professor of xenobiology) the corpse of Abin Sur -- while proving himself to Carol would have been enough. All the stuff with the Corps. and Oa doesn't add anything to this film at all, and while I liked that they tried to include it all this is the first big cut I'd make. Shove the Oa stuff to a second film and have Hal get sucked up to Oa for his "training" after he proved himself in his "first flight" on Earth. This whole middle section on Oa just sucks all the energy out of the film.

We also shouldn't have Parallax here. Again, this is a villain that needed to be shown in a post-credit sequence (maybe put a hint of the Oa material mid-credits, and then Parallax at the end for a brief hint at what's to come). Even at nearly two hours this film doesn't have enough time to setup Hal, teach him about the ring, intro Hector, teach him about his evil powers, have Hal fight Hector and then have him take on Parallax as well. This is supposed to be the great and evil villain of the Corps. that haunted the Guardians for years and then Hal defeats it in a two-minute sequence. That's not great. 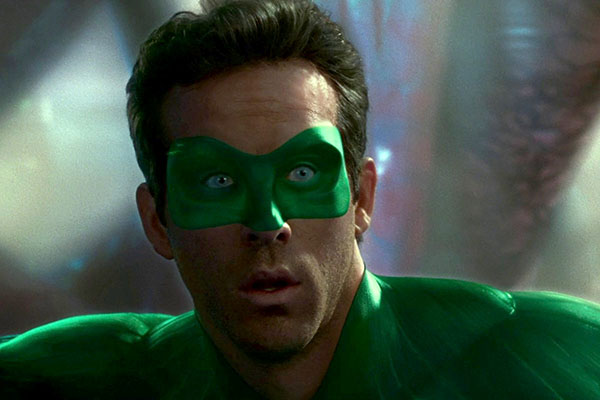 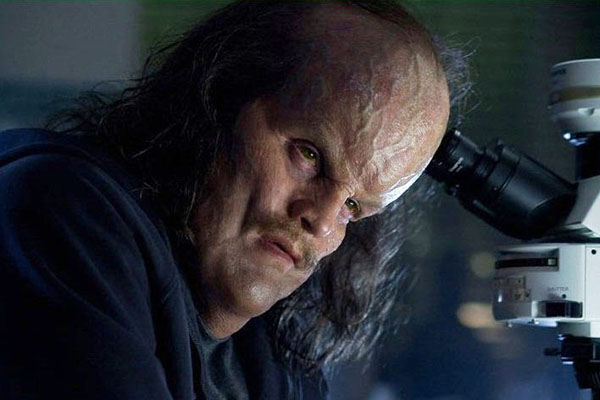 And let's be honest, the CGI of this film sucks. The movie uses CGI for everything -- Oa, the Corps., even Hal's suit -- and it looks awful, very plasticy and fake. It didn't look great back when the film came out, mind you, but it looks even worse now with a decade for the CGI to age. Hal's suit should have just been a costume, a practical effect, and any of the Corps. members that did show up here, like Abin Sur, should have just been makeup and puppetry. There's no sense of tactile reality for much of the film and it's because of the over-use of (bad) CGI, through and through.

All that being said, I find I don't completely hate this movie. It's is nice to see a film that tries to adapt all of the Green Lantern mythos without dumbing it down for general audiences. This film really does shove it all at you and if it could have focused a bit better while still honoring the legacy of the comics it could have really nailed it, but the effort was made and that's solid in concept.

Reynolds and Lively do have great chemistry in this film, too. I wouldn't say Lively was miscast, nowhere near like Reynolds was, but the film doesn't really give her much to do, keeping the focus squarely on Hal even as she's acting as his wing-woman or trying to save her company. We get hints as to the character she's supposed to be, largely from Lively committing to the role, but the film doesn't give her the due required. The scenes she shares with Reynolds, though, are great and hint at a relationship on screen that could have worked in sequels (and does work in real life as they were married after this film).

It's hard to watch the film and not see the potential that's thrown away, though. The film tries to do too much, too quickly, without giving anything a chance to breathe. Then it coats it all in a layer of bad CGI that looks terrible no matter what era you watch it in. This film would have needed a lot of work to be passable, let alone good, and a solid rethink at all levels of the production really was required. It's by no measure the worst superhero film I've seen but considering it came out three years after the start of the Marvel Cinematic UniverseWhen it first began in 2008 with a little film called Iron Man no one suspected the empire that would follow. Superhero movies in the past, especially those not featuring either Batman or Superman, were usually terrible. And yet, Iron Man would lead to a long series of successful films, launching the most successful cinema brand in history: the Marvel Cinematic Universe. when DC ComicsOne of the two biggest comic publishing companies in the world (and, depending on what big events are going on, the number one company), DC Comics is the home of Superman, Batman, Wonder Woman, and just about every big superhero introduced in the 1930s and 1940s. should have known better, there's no other way to say it than simply: this movie failed.