I will admit that I haven't really seen much of the Hitman franchise outside of the two movies that Hollywood has tried to adapt for the franchise. There are eight games in the series, and the most recent trilogy of games have been well received by players and critics alike, but I haven't bothered playing any of them yet. It's not that I'm disinterested -- Rube Goldberg assassinations does in stylistic settings are right up my alley -- I just lack the time and I have too many other games on my pile. 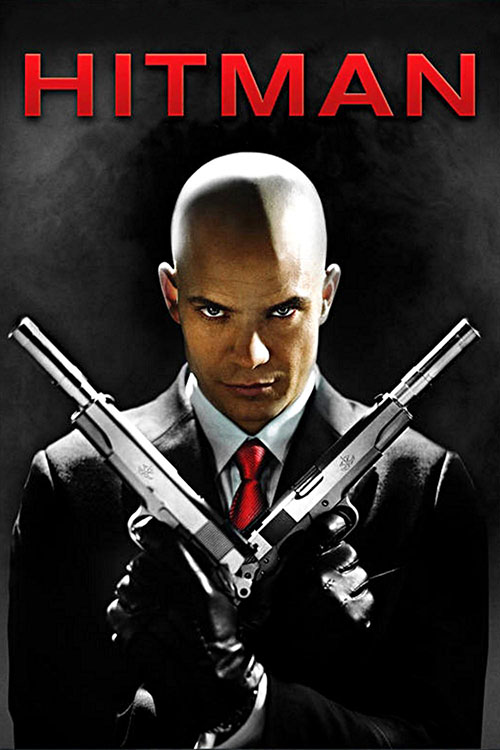 But while video games are time commitments, movies are an easy sell. I can pop those on and either watch them with my full attention or work on something else on the side while the sights and sounds of the movie wash over me. While I might not know much about the mythology of the game series, I can state, with a definite fact, that 2007's Hitman is the kind of movie that you put on and have it wash over you. It's not that it's a bad film, it's just aggressively mediocre. It tries hard but never really nails what it's going for in any really successful way.

In the film we're introduced to our eponymous Hitman, code-numbered 47 (Timothy Olyphant). He's introduced on a mission, taking out an African warlord but planting a bomb in the body of a guy the warlord wanted to torture. Once the guy is in place, 47 blows the man and takes out the compound. Easy, I guess, if a little silly. Job done, though, 47 moves on to the next mission: taking out the Russian President, Mikhail Belicoff (Ulrich Thomsen). He'd already had a plan in place, something much more subtle, but his employers (or whatever you want to call the organization he was raised in and works for) state that the contract has been moved up and has to be public, and messy as well.

Well, 47 is a professional so, of course, he does the job, taking out the President from four kilometers away via sniper rifle, right out in public so all the media can see. However, then the President shows up on camera soon thereafter, with nothing but a graze. This makes no sense as 47 clearly saw the guy shot straight through the head. Soon after, other agents from the organization are chasing him, he's burned by his own people as well as the Russian FSB, and Interpol is after him. His only chance is to dig into the mystery around the case, which puts him in contact with the one witness that supposedly saw the actual hit, Nika Boronin (Olga Kurylenko). The two of them have to plot together to figure out what really happened and who, exactly, is the president now since the original president is very much dead.

Coming out in 2007, this first attempt at adapting Hitman borrows less (I assume) from the video games and tries very hard to be a The Bourne Identity. We have an agent, burned by his own people, forced to team up with a woman very much on the outside of this whole conspiracy life. The two of them run around Eastern European locations, with the agent doing "what he does", taking out all the people his own agency sends after him for a, supposedly, aborted mission. In look, style, and even music, this film desperately wants to be The Bourne Identity. There are only a few issues with that plan. 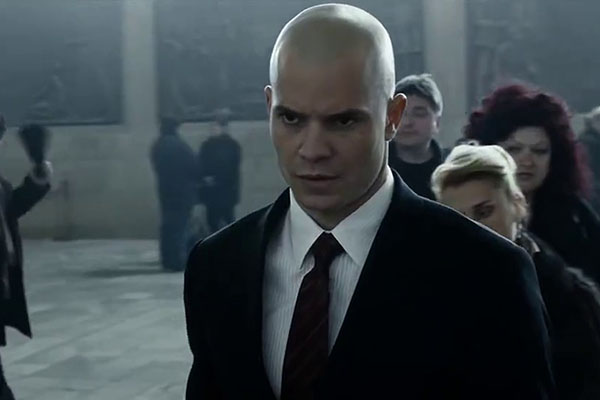 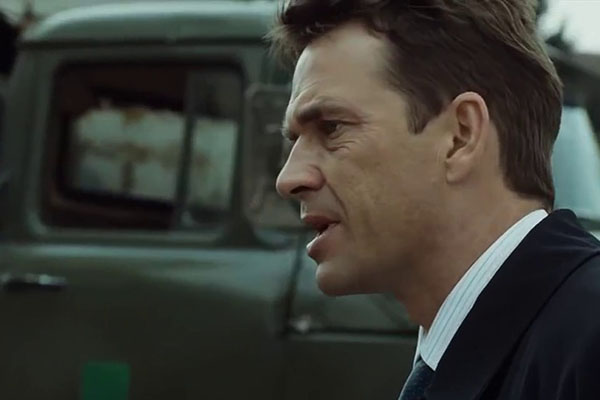 For starters, Timothy Olyphant wasn't giving much to work with here. His character, who doesn't even get his name of "47" until near the end of the film, is a pretty blank slate. Olyphant is a charismatic actor and, generally, can put on a bit of charm and swagger to get through even the bad films he's in, but 47 is the exact opposite of what works best for the actor. The character is cold, stiff, practically emotionless. Everything the actor can do is stifled by this character, and because of this 47 is no Jason Bourne. Well, at least, not the Jason Bourne from the first film (he's a little more like the cold killing machine from the later films, if we're being fair).

Beyond that, the director of this film, Xavier Gens, doesn't really seem to know how to film an action movie. When it comes to the dramatic moments the film kind of works. Sequences of our agent piecing together the mystery, or of him working with Nike, striking up some kind of terse friendship, that works. But this is an action film, based on an action game franchise, and when the film has to actually get to then, you know, action, it falls apart. It's loses all its energy, its style, and its substance and just becomes a goofy mess.

Action is hard to film well and it takes a director with a keen eye to make it work. Doug Liman made The Bourne Identity sing while Gens makes Hitman fall apart. The action direction is choppy, clearly designed to cover for actors that didn't know how to actually stage/screen fight. That's to say nothing about the dumb set-pieces, from a bonkers sword fight sequence to a hotel attack or a club rampage, none of which work. It's hard to follow what's going on as there's no sense of the space, the position of the combatants, or what's going on. More than a few times our specially trained agent leaves himself wide open and the guys are inept enough they don't kill him. None of the action works at all in any way.

And there's the actual story which also really doesn't work. I don't know if it was borrowed from one of the games or was created for this film but it somehow involved face reconstruction tech that feels ripped from Face/Off sitting along side a series of coincidences and twists that really don't make any sense when you stop and think about the order of how they're setup and what they all meant. This is a film that makes no logical sense the second you stop and think about it, but because the action sucks and fails to pull you along, you'll think about it a lot. 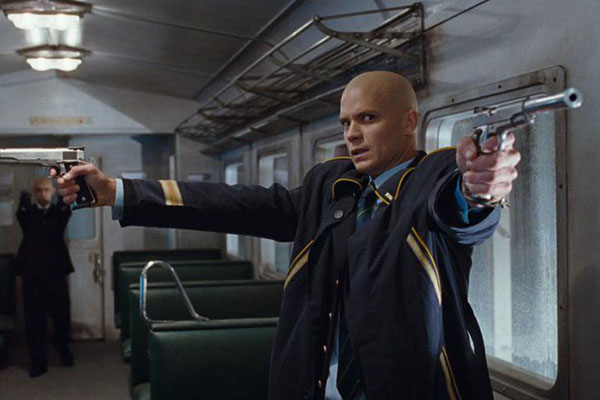 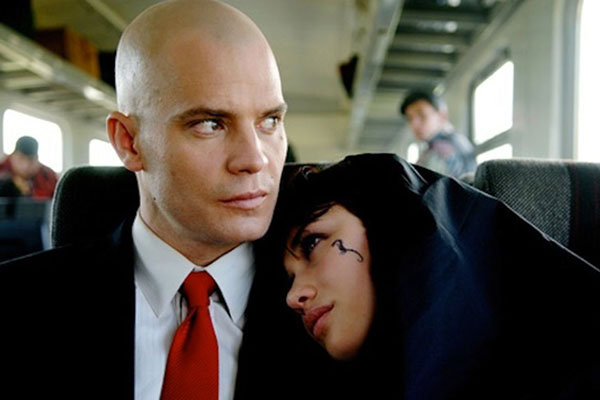 When I first saw the film I will admit that I didn't think Hitman was all that bad. In the time since, though, I've seen Olyphant in much better roles, and there have been a huge number of films that have tried for that "Like Bourne But..." genre, most of them much better than this. Hitman kind of works in a vacuum but the 14 years since its release have not aged the film well. It's dopey, silly, and dumb, but what it isn't is a thrill ride that can hook me again. Olyphant deserved better, and this franchise would have to wait to try again after this first abortive attempt.