Going back through the Evil DeadStarted as a horror cheapie to get the foot in the door for three aspiring filmmakers -- Raimi, Tappert, and Campbell -- Evil Dead grew to have a life of its own, as well as launching the "splatstick" genre of horror-comedy. films, it's easy to spot how the creators of the series -- Raimi, Tappert, and Campbell -- drew on their love of slapstick to take the horror series further and further into the realm of comedy. Hell, the third film in the series, Army of Darkness, is basically a swashbuckling fantasy comedy with little in the way of true horror elements. Spooky comedy is what this series is absolutely known for. 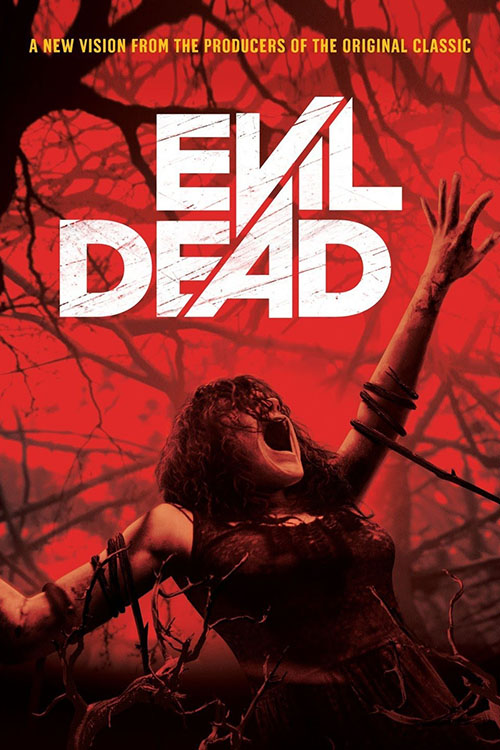 2013's Evil Dead had to come as quite a shock to all the fans watching the reboot; it certainly was for me, although not an unenjoyable one. Where all the previous films went for comedy (a little or a lot), this film (the first in the series not directed by Sam Raimi) goes all in on the horror, taking the elements on the series and playing the straight for one of the creepiest and most difficult to watch entries in the series. It's like everyone involved said, "you know, that first film was more horror than comedy. Let's make that first one again, but really do the horror right." And they did. I just don't know if that's what fans really wanted.

In the film we're introduced to David Allen (Shiloh Fernandez) and his sister Mia (Jane Levy). Mia is a drug addict, has been for years, so David, along with his friends -- paramedic Olivia (Jessica Lucas), scholar Eric (Lou Taylor Pucci), and David's girlfriend Natalie (Elizabeth Blackmore) -- bring Mia out to their old family cabin out in the woods to get her off the drugs, cold turkey. It'll be awful, and they all know it, but they're prepared to stay there as long as it takes to get her clean.

Unfortunately, while exploring the cabin they stumble into the cellars and find that, while the cabin sat abandoned for years, it was used for some kind of messed up ritual. Eric finds a book down there, the Naturom Demont (aka the Taker of Souls), and, of course, he reads aloud from the evil book. Soon. Mia is acting crazy, and her craziness starts spreading to each of the members of the cabin who begin self-mutilating as well as attacking each other. Things get bloody, and horrific, and before too long David has to make a choice to try and save his sister or to simply flee and save himself.

This film is, in no uncertain terms, dark. If the point was to take the bones of the original and make a slick and high-quality horror film out of the concept, director Fede Alvarez and production company Ghost House Pictures absolutely nailed it. Where the original film was goofy and fun, with an endearing quality to his cruddy horror, this film pulls no punches and takes no prisoners, crafting a gory and horrific thriller. It's horrifying in all the way the first film tried to be, and even more so on top of that. 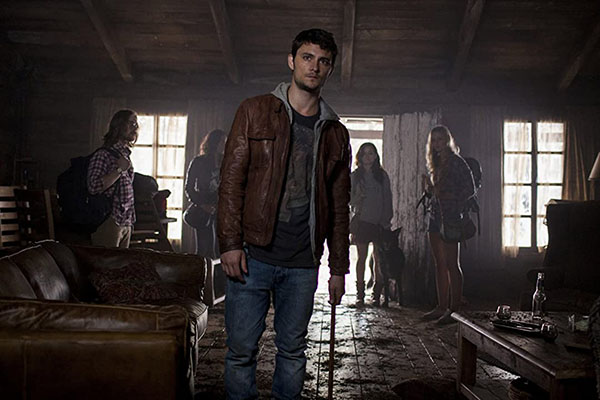 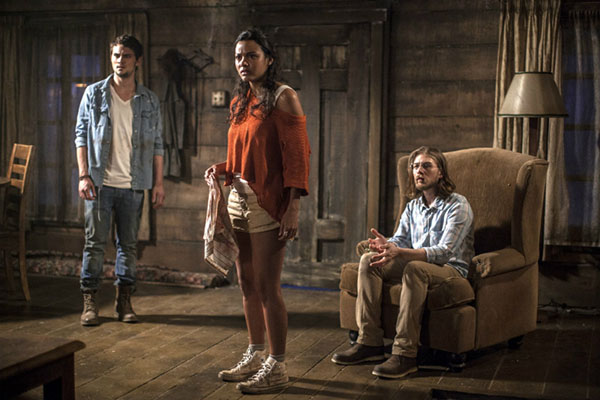 To its credit, the film lets the the tension mount for a while before the scares really begin. The opening act is all about Mia, getting her clean, and the drama surrounding her withdrawal. This part gets hard to watch at times because its raw, but it is real. You actually get invested just enough in this part of the story that you're almost lulled into forgetting the demons are coming (because this Evil Dead so of course the demons are coming). Once the demons arrive, though, it all gets dark fast.

Mia is the first to be possessed, and she acts like the catalyst for the rest of the characters. Her touch sends Olivia down the path of possessions, and her scenes, cutting her face with broken glass, are awful. She then attacks Eric with a medical needle an, ugh, yeah... let's just leave that there. Natalie then gets possessed, in a sequence that hearkens to Evil Dead II with Ash and his evil hand, but where that mined laughs and terror, this is played straight for just terror.

It really is a hard left turn for the series, make no mistake. For people that had the previous three films with them for over two decades, this fourth film in the series feels like it comes out of nowhere. It's nothing like the other films, as if a studio took the name "Evil Dead" and slapped it onto a random script, adding in some details from the original movie to make it look like it was related. The fact that the original producers of the films are attached to this gives it credibility, of course, but that doesn't make it seem any more attached to the films of old; this isn't the Evil Dead you're used to, not at all. 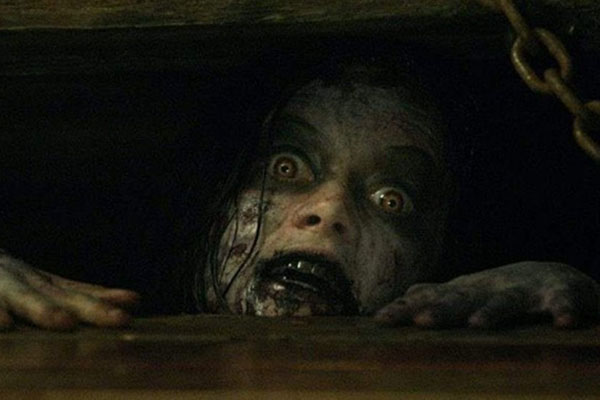 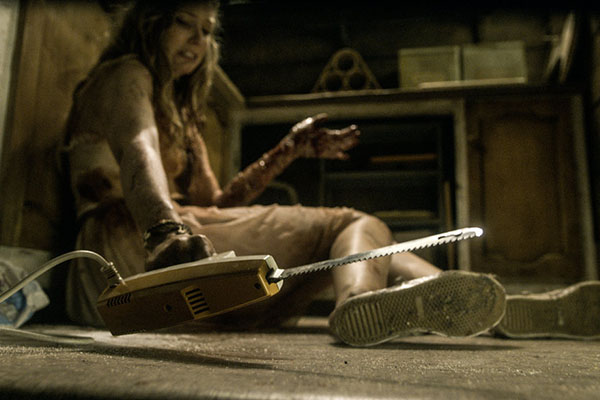 It's funny because the series would go back to the old way of telling Evil Dead stories with the next work: Ash vs. Evil Dead. That TV series is much more in the vein of Evil Dead II, blending horror and comedy for something unsettling but enjoyable at the same time. 2013's Evil Dead really feels out of place when put into the fill context of Ash's saga, this one weird, angry and horrifying entry that just doesn't blend in the least.

The film was a success, mind you (pulling in near $100 Mil on a $17 Mil production budget), but I have to wonder just how much fans really enjoy this film. It's not a necessary watch if you're going through the Saga of Ash, and it doesn't add to our understanding of the Deadites or the Book of the Dead, in no small part because technically neither of those elements show up in this film. It's a different beast, and outlier, and not only is it not connected to the story of the rest of the series, it's also not connected thematically.

As a horror film, the 2013 film is a success. There aren't a lot of horror movies that can genuinely disturb me, and Evil Dead's relentless and unstoppable, gory ride makes me queasy. But, as an Evil Dead entry, it feels like this film falls short. It got the horror part of the equation but what it's missing in that delightful spark of horror. It's the rare misfire that actually works better on its own than when put into the context of a series.