Join Us! Join Us!

I have watched the second and third Evil Dead movies more times than I can count. Those films are great, featuring a weird mix of horror and comedy that practically makes the films a genre onto themself. Very few films manage to find that same mix of weird slapstick and over-the-top gore (maybe only Peter Jackson's Dead Alive comes close), and it's for that reason that the films have lived on as cult classics, spawning new sequels every once in a blue moon when the creative forces behind the productions come together once more. 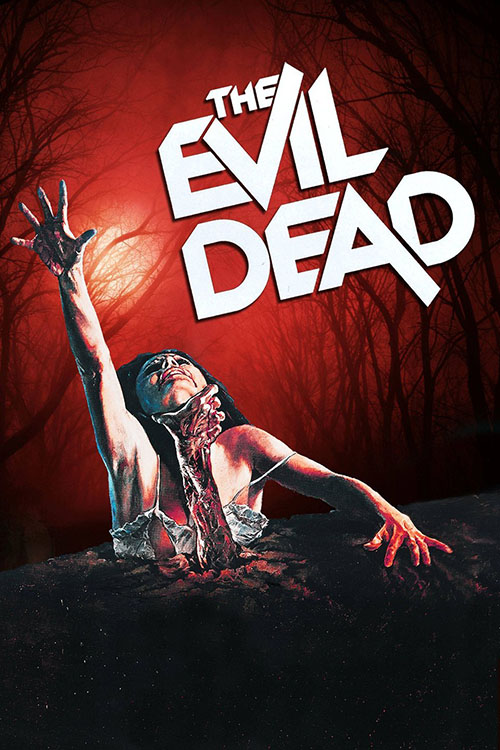 That said, I haven't watched the first film, the original The Evil Dead, nearly as often. The film is famous in horror circles for being one of those shoestring budget films (made for less than half a Mil) that went on to launch the careers of everyone involved in the production. That said, the film is also pretty campy and looks about as low-budget as you'd expect. The first time I watched the film it felt out of duty, just so I could watch it and get back to the sequels (which I'd seen more often). After a single viewing I dismissed the film and moved on. Going back now, I have to admit: I was wrong.

The film sets us up with our five characters (the only characters seen on screen for the whole film): Bruce Campbell as Ash Williams, Ellen Sandweiss as Cheryl Williams, Richard DeManincor as Scott, Betsy Baker as Linda, and Theresa Tilly as Shelly. These five friends head into the woods to a cabin they rents, sight unseen, for a vacation away from it all. Of course, the cabin is super remote, and the campers don't exactly know what's waiting for them once they get there (a setup used by any number of Slasher films from before and since). What's lurking out in those woods is the souls of demons, woken from their evil slumber.

See, the cabin was originally owned by an archaeologist studying the ancient ruins of Kandar. During a dig he turned up a tome, the Book of the Dead, which was bound in human flesh and inked in human blood. Reading the passages aloud from the book would waken the demons so, of course, he read the passages aloud. Not only that but he also recorded it to tape. The campers find the tape, and the book, place the recordings, listen to the passages waking the dead, and then, naturally a attacked by demons, one by one, until it's only Ash left. He has to survive the night and hope for a way to get rid of the demons lest he, too, become one of their evil spawn.

Yes, the setup for the film is pretty basic, especially if you've watched a fair bit of horror (including The Cabin in the Woods which clearly plays on the setup of this movie), but it's in the way the film designs it's like house of horrors (cabin of horrors?) that makes it special. There's a go for broke attitude, a desire to push everything as far as it can, that makes the film into a gross-out horror classic. You'll probably never see a level of gore piled on quite like this, and if you do it's a very rare treat indeed. 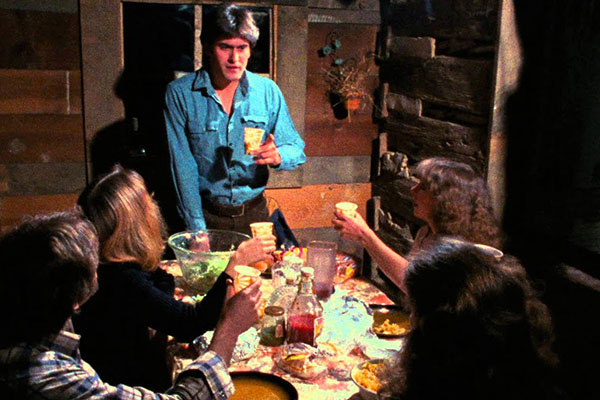 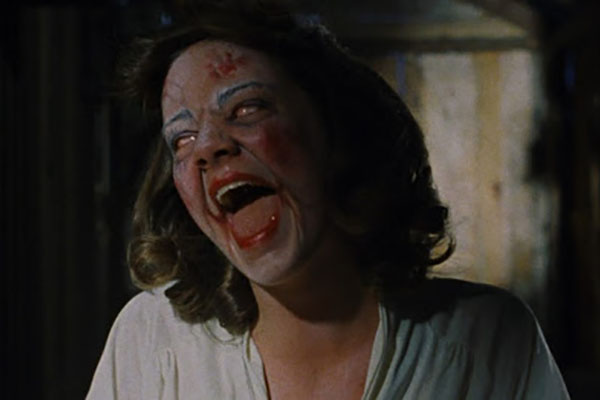 Although the film has the setup of a Slasher flick, it's not really one; not in the classic sense anyway. Instead of a single killer, the film relies on an unseen force that attacks and possesses the various campers, one by one. Thus, instead of the co-eds getting picked off and vanishing from the story (as murder victims do), the co-eds become the killers. Each person attacked and killed by the demons then becomes another host for their force, another attacker to go after the rest of the party.

This is, frankly, a genius move because you're never quite sure who will be next or what will cause them to turn. Heroes you root for become villains in the blink of an eye as the film yanks the rug out time and again. There's no safety from the killer, no way to avoid them, because the demonic force is insubstantial and can get in anywhere. And then, quite literally, the killer is inside the house because they were one of your friends even just a few moments ago. In a way it plays a trick kind of like The Thing (which came out a year later) as it makes you second guess every character and doubt whether they're good or evil until its too late.

And then, when they attack, they spill blood everywhere is a fount of viscera and gore (another thing this film shares with The Thing). The film is not shy about spraying blood (red Karo syrup) everywhere, pulping characters and having their guts spill out. There are any number of sequences that, even for a horror film such as myself, would cause a bit of cringing, and then the film will pile on more and more, never letting the characters have a break as the demons come flying and the viscera spills out. It's a relentless movie once it gets going, never letting you breathe.

But it's also in the early sequences that the film finds an edge. It doesn't just spray blood everywhere but, instead, takes a slow build in the first act, playing on expectations to suck the viewers in. Director Raimi uses a lot of slow sequences and long pauses to build anticipation, only exacerbated by weird camera angles and strange filming techniques, all to put the viewer on edge and make them primed for the action when it comes. Then, when the first attack happens, its like a release of thirty minutes of preparation, the needed thrill right before the film unleashes all hell on the characters. It's wonderfully executed. 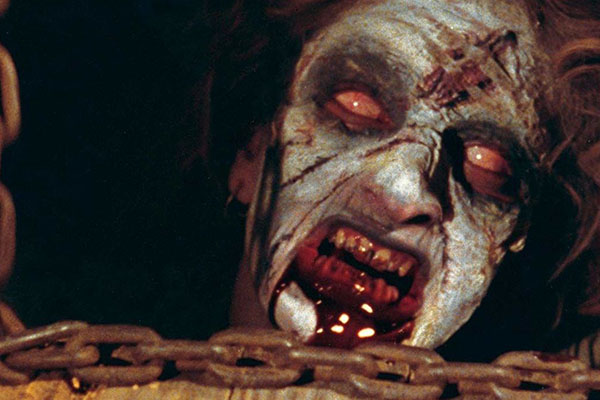 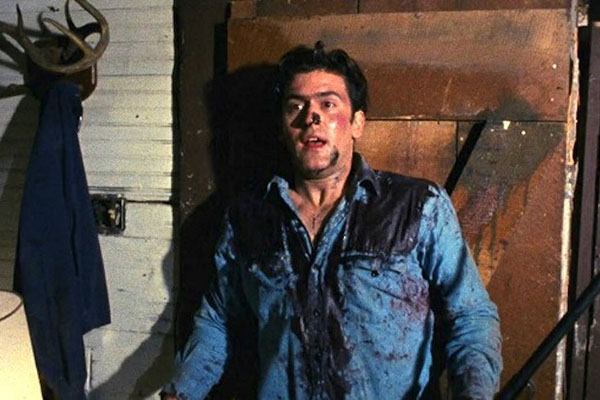 Through it all is Bruce Campbell as Ash, the character he's at this point most famous for. Campbell has a knack for playing Ash, not only being able to act freaked out at everything he's seeing but also in his ability to take a hit and make it look real (mostly because he was actually taking the hit, really). This feeds into the slightly slapstick nature of the horror, brief moments of almost comedic action that only serve to lighten to mood enough that the horror can spike again. Campbell is a master of taking hits and playing up the slapstick, but even here in his early role he's got style and an ability to roll with it and make the hits look good.

It is, though, the gore that's the real start of the show. All the foam and latex applications, all the stop-motion effects, and all the bright, splashy spurts of blood. It's ridiculous and awful and amazing, the right mix of shock and awe, occasionally spiked with a bit of gore so over-the-top you can't help but laugh. Of the original three films this one is certainly the nastiest, both in the amount of gore sprayed around and also in its tone and style. This is a mean little more, dark and twisty and unrelenting, and that's why it works.

I love the second and third films in this movie, but I will admit they are lighter and funnier than this film. This one is the darkest of the set, the closest to true horror in the series (until the 2013 soft-boot). It is also really enjoyable, too. Now that I've had a chance to re-watch it and really get into the vibe of the film, I'm positive that this will be added to my regular re-watchings of the set. It's good enough to stand with its sequels.