Get a Shine On It

If you grew up in the 1980s and 1990s in the U.S. then you probably were either a NintendoSince 1983 (with the release of the Famicom gaming system in Japan), Nintendo has proven to be a gaming company dedicated to finding what gamers want, even when the gamers don't know it themselves. From dual-screen systems, to motion controls, to convertible home console/portable consoles, Nintendo regularly proves that the weirdest innovation is exactly what the gaming community needs. kid or a Sega kid. The two companies were at each other's throats back in the day (with Sega throwing more than their share of mud, to be sure), and the little fans caught in the middle usually had to choose which system they wanted (because their parents usually didn't see the point in buying both). I know I was a Nintendo kid (and to this day the company still holds a special place in my heart) and my money went to supporting my fix, buying games for the NES, SNES, N64, and so on. It wasn't until years after its release that I bought a Sega Genesis, and that one was used with only a few games. It took me a while to delve into the back catalog for the system, and there are plenty of great titles for the console I've never touched. Too many games, too little time.

One game I did get interested in was Shining Force, a strategic little RPG that, at the time, I thought was the beginning of a series. I was wrong as the Shining games had actually started with Shining in the Darkness (a game that honestly sounds a lot like Swords and Serpents) -- I didn't realize the first game existed at the time otherwise we'd probably be talking about it instead. Once I found Shining Force I was hooked and I played this game for hours.

At first blush Shining Force seems pretty simplistic. You take on the role of Max, hero and leader of the Shining Force. Your goal is to fight your way across the countryside to defeat Kane, and evil warlord who seeks to resurrect an ancient evil, the Dark Dragon. Max will have to collect allies, upgrade armor, and level up his party all to have a hope of defeating the evil before it takes over the world. It's a pretty bog standard RPG plot line, to be honest, and the game progresses in a linear fashion so you aren't really going to have any surprises. Fight a battle, move across the map, explore a town, and then repeat. Although there are the occasional battles that mix up this formula (such as one that takes place on a ship at sea), most of the game follows this simple progression.

What makes Shining Force so interesting is in its battle mechanics. Unlike your normal RPG, where a party of four or five heroes take on a comparable number of enemies in random encounters, each battle in Shining Force is its own set piece with a huge number of your allies (you'll collect upwards of twenty heroes, although you won't be able to take all of them into a battle) fighting an even larger swarm of enemies. Each character gets to move and fight independently of the heroes, much like in a tactics game, and the strategy of battle comes from how you move your characters, what positions you put them in, and the moves you have them make once they reach their destinations.

Even simple moves can have big consequences in the field of battle. The terrain can provide bonuses or penalties, so choosing a strong endpoint for your heroes is important; pick the wrong square and your defense may not be high enough to weather an attack. Of course, you also have to avoid clumping your heroes too tightly and many enemies, especially in the later battles, have multi-hit spells that can wreck an unsuspecting party.

Thankfully the penalty for death in the game isn't all that high. If any of your heroes get knocked down they can be revived back in town. You can't revive in the middle of battle, sadly, but there's no perma-death (unlike in some other tactical RPGs). The only character you really have to worry about is Max -- if he dies, your party is wiped and everyone is sent back to the previous town. Even then, the penalty is low since all the experience you collected in battle is retained, so the worst you might have to do is revive some fallen heroes.

Honestly, using the death of your main hero to get a quick reset is one of the best ways to grind in this game. Because the entire game is based around the set, linear, big battles there aren't any random encounters you can get into. If you want to grind up some of your heroes you either have to focus on them in the specific battles or let your hero die so you can fight the same scenario over and over again.

Likely you'll want to grind because you'll want to get your heroes maxed out and upgraded. Each of the basic classes can have a class upgrade applied once a specific hero reaches level 10 (although there are benefits to holding off and letting the character continue to grow before upgrading), and in many cases these upgraded characters gain useful abilities (like flight) that let them do more in battle. Managing your party, and their levels, becomes a large part of the task in the game.

The mechanics of Shining Force are a lot of fun. I found myself spending hours in certain battles, getting all the heroes I liked maxed out so I could upgrade them into whirling blades of death. How much time you want to spend on this aspect is up to your play style (certainly speed runners play the game much differently than I did), but I found the basic fighting in the game to be its greatest strength, a good thing considering 90% of the game, easily, is the battles. 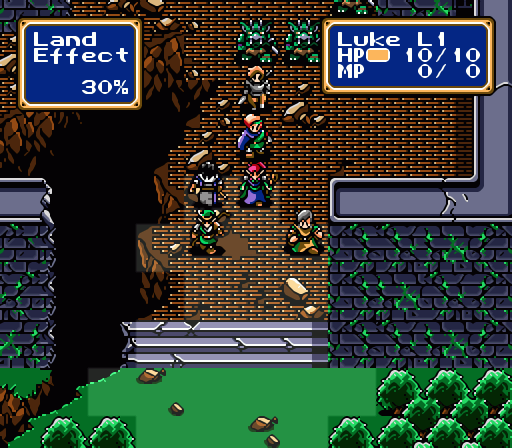 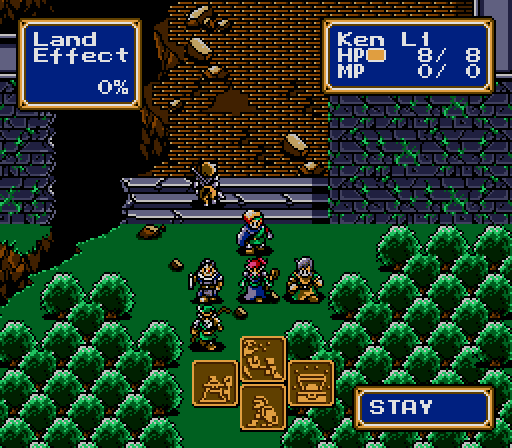 Complimenting the game play is fun music and great graphics. Although I've been known in the past to lament the Sega Genesis's sound output, I never minded it in Shining Force. This make makes great use of the built-in hardware to output solid tunes and effects. The graphics, too, are great, featuring bright and colorful sprites with really nice details. This is especially true in the battle animations which feature larger sprites and detailed artwork. This game is a treat for the eyes and ears.

If there's a downside to the game its in the plot itself. I've played through the game a couple of times and I've never retained anything about the actual story. It really is generic and linear and, after a while, you can just ignore it because the story has little to no bearing on your next fight or your next upgrade. The story is serviceable, there to get you from one set-piece to the next.

But even with that quibble (and it really feels like a minor knock against the game at that), Shining Force is still a winner. The game is bright and fun and enjoyable time and again. If you haven't spent any time in this fun little tactical RPG you owe it to yourself to try it out. It's easy enough to find on multiple systems (including Steam) that you don't have an excuse at this point, so go give it a whirl.

Although the Shining series may not be as famous in the West as the Dragon Quests and Fantasies Final, that hasn't stopped Sega from releasing a few remakes for the various entries in the series. The first Shining Force saw one remake for the GBA, an enhanced port that featured an additional storyline (that runs parallel to the main plot), new characters, and a few new mechanics. It also features rebalanced game play to try and improve the already stellar original (although fans of the original game would argue if that was really needed). 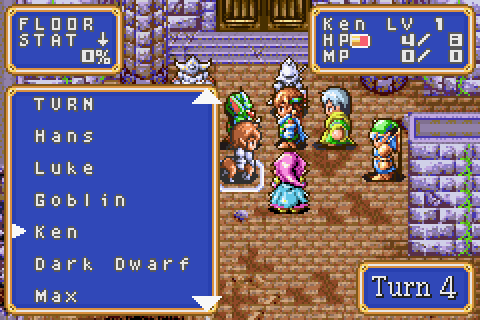 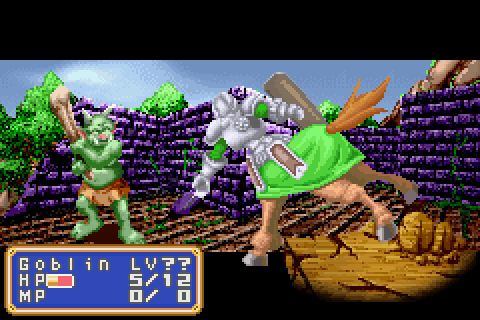 Of course, once you've delved into the first game in the series there are plenty more titles to explore after. A number of sequels were released in the West (although, sadly, not all of them) for a variety of Sega consoles. Some may be harder to track down than others, especially via legal means (since not all of them are available on Steam or via an Nintendo store that's still functioning), but if you can find the means to play them, we strongly recommend you check them out. This series is a blast.