Digging Around Deep In a Dungeon

Although I discussed recently how Dragon Quest is a decent example of a non-conventional RPG, if you dig far enough on the NES you can find some pretty out-there games. One such title, the little-loved Swords and Serpents certainly fits that bill. Created by Interplay and released by Acclaim in 1990, this game is one of those rare NES releases put out only in the West (North America and Europe), never reaching the shores of Japan. It's about as far as you can get from a JRPG, bucking just about every convention it can as it crafts a very different kind of adventure. 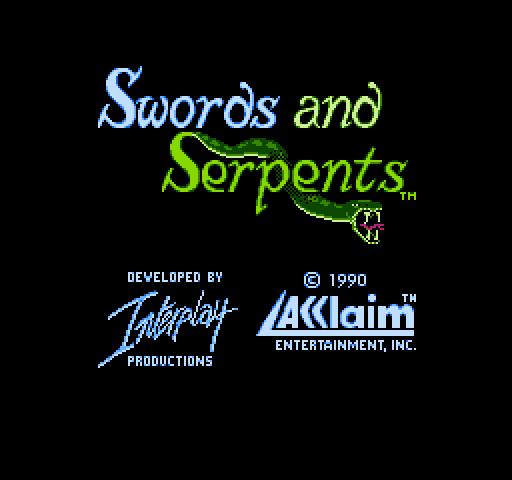 That might be part of the reason why I dug the game so much growing up. Make no mistake, I knew the game was kind of crap, unbalanced and rather unfair at times, and yet I had so much fun slowly digging my way through the cruddy mazes, fighting the random monsters that would just magically appear, desperately inching my way towards that next level, that next mysterious realm all so I could... well, hell, I don't know what the point of the game was. I assume there was a dragon in it, one that I had to stab (giving the title the "serpent" as well as the "sword" for its title). I honestly never made it that far, and I didn't care.

Presented in a kind of first-person view, Swords and Serpents has you (and up to three other players if you really felt like subjecting your friends to this crappy game) selecting fairly traditional classes and entering a maze. This dungeon is all you'll ever see, sixteen floors digging deeper and deeper, collecting treasures and leveling up, all so you can reach the end and fight the dragon. The interface is crude, with a simple map and a single view of the dungeon ahead of you presented -- there's no overworld, no character sprites for your party, just simple monsters sprites and some health gauges for combat. It's a rough game to look at, cruddy in all the ways a mid-tier NES game could be.

And yet, for whatever reason, I really grooved on the game. There's a kind of Zen to exploring the dungeon, mapping out the levels as you go on graph paper, learning the secrets of each floor as the dungeon gets more and more complicated. There's a certain kind of fun to be had with this game, just trolling along through the dark to find that next treasure, survive the next fight, live to see the next floor revealed. Playing it back when it came out, when no one else was really paying attention to this game (since there were the Dragon Quests and Final Fantasies garnering much of the attention) it really felt like you were on this quest by yourself, going through uncharted dangers.

As noted, you could play this game with friends if you really wanted to, although I never managed to find anyone willing to subject themselves to it. Honestly, I don't think it would have improved the game at all -- each player would have controlled a single character (with one person as the team leader, moving the party around on the map). Splitting the party like that would only lead to ruin with people fighting over what move their character should do next, and then fights breaking out because someone didn't react fast enough or didn't do the right thing. RPGs are best done as solo experiences -- making it a four-player excursion seems like a talking point, a bullet to put on the box but not something anyone would take seriously. 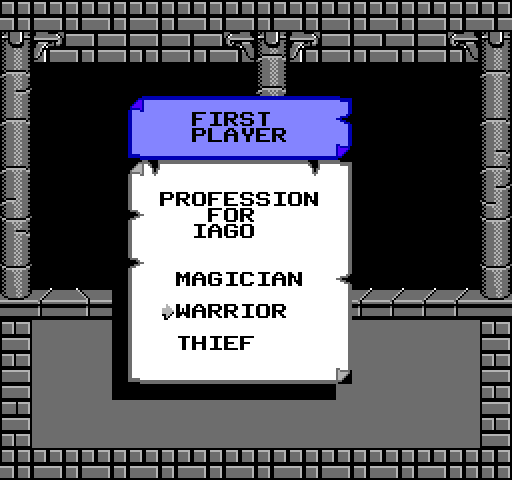 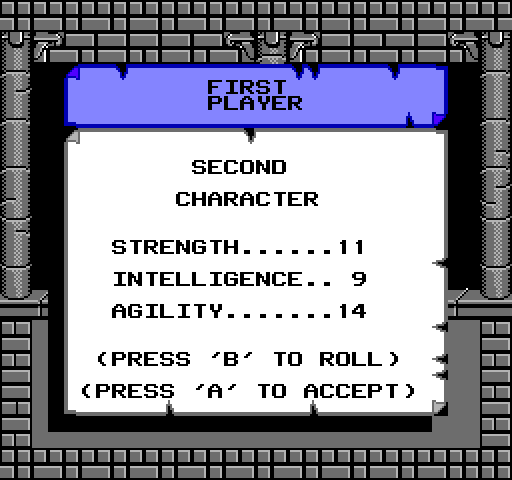 In that regard it's much like the game itself. It's a scuzzy little game that doesn't seem at all special; a weird, faux-3D experiment in crafting a dungeon crawl. Nothing about the game screams out for attention (including the generic-sounding title itself). It's a hidden treasure (if I can get away with calling it that), an adventure few people remember, and even fewer actually played.

For a while there, in fact, I'd all but forgotten this game existed. It's sat in my NES collection for years, a strange little game I'd notice once in a while, smile at it whenever I remembered the hours I sank into it, and then moved on to playing something better. There are much better games out there, but not anything quite like this one.

If you do happen to get into it, you're going to have to struggle to really enjoy it for a while. The early game can be brutal, and death will be frequent. Thankfully there are places on many levels were your characters will be revived if they're all killed off. A total-party-kill doesn't resort in a reset back to your last save (unlike in Final Fantasy, for example). Sure, you're sent back to the last healer, but you get to retain your experience, ready to trek out once again to find that sword or serpent or whatever is at the end of the game.

But then, there's a reason the game doesn't send you back to your last save: there aren't any saves. The game uses a password system, and they're long passwords -- one for each player and a party password as well. You'll want to write those down carefully (or, in this modern era, take cellphone pictures of them) because if you type them in wrong at all your party isn't come back. It's harsh, and cruel, and for someone sinking hours, days into the game to make the all important progress needed to reach that Serpent-Sword, losing your game over a mis-written password is soul-crushing. 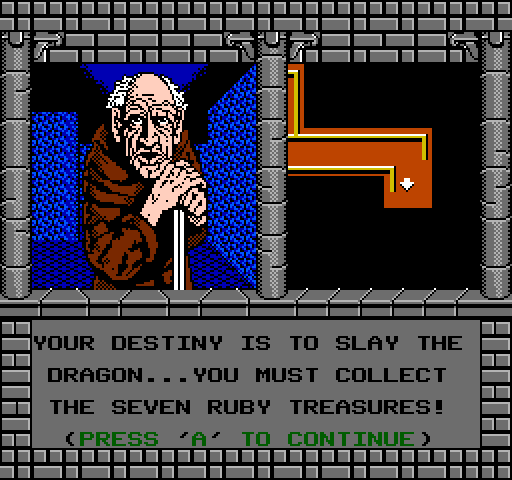 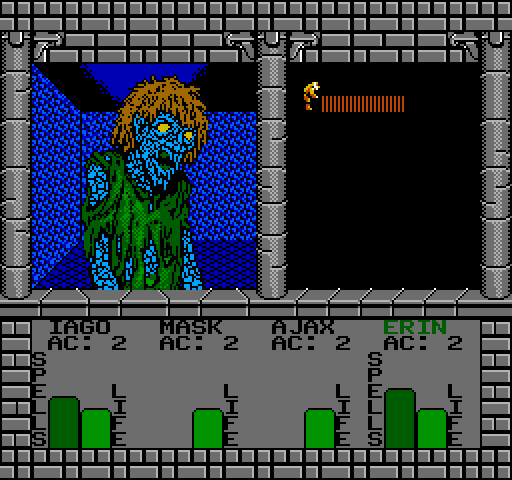 So yeah, this game is awful. And yet it's an awful I love, and I know I'm not the only one. It was recently featured at RPG Limit Break 2018 (presumably as part of their version of the Awful Games block), and that run was fun to watch. Of course, they used cheats and wrong warps to get through the game faster (since they're speed runners), but I encourage you to dive into the game properly, to search around at your own pace, leveling and grinding and treasure hunting as you go.

Or, you know, don't. This game really is bad. It's terrible and I should hate it... and yet I don't. Who knows, maybe you'll have the same reaction too.