For 1990s Hollywood expectations, The Hunt for Red October was a huge success. Garnering $200 Mil at the box office based on a $30 Mil budget, it had the kind of ratio for success we usually only see from Blum House horror films now (such as The First Purge). It was a foregone conclusion, then, that the studio would want a sequel. The only hitch was that Alec Baldwin (who played the main character, Jack Ryan, in the first film) had a scheduling conflict (which then supposedly lead to a falling out during contract negotiations). 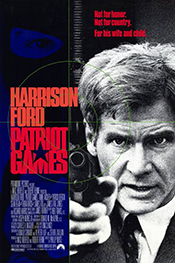 To remedy this, Harrison Ford was brought in to replace the departing Baldwin. While this certainly gave the character of Jack Ryan more gravitas (in a gravelly, curmudgeon kind of way -- the Harrison Ford special), it also noticeably aged the character by a good ten years (Ford is 16 years older than Bladwin). If we consider the films to be separate entities in different continuities then that's not really a big deal, except that the film even seems to want to acknowledge Hunt as part of the same continuity, not only by having James Earl Jones reprise his character, Admiral Greer, but also dropping sly references to naval ships and the Cold War.

There's also the issue that we are getting further and further away from who the character of Jack Ryan is really supposed to be. He's a nebbish desk jockey, a guy who saw action and really, really wants to avoid going back out in the field again. When Baldwin had the role, he had problems tamping down his charisma enough to see like a paper pusher. Ford, though, simply can't seem like a guy afraid of the action -- he's too tough, too weathered, to be able to seem like anything other than a gruff one-man army. Asking 1990s Ford to play a paper-pusher is like asking Clint Eastwood to play a Disneyland Mascot -- sure, the man is a consummate actor and could do it, but it'd be the most gruff, aged, deeply troubled, just-on-the-cusp of violence version of Tweedle-Dee you'd ever see.

If we can brush that aside (which I admittedly had problems doing the whole movie), Patriot Games is an interesting beast. Paramount, the production studio, clearly wanted a movie that could still play as an espionage thriller, but with the fall of the Soviet Union, the usual boogeymen simply weren't available anymore. Hell, The Hunt for Red October had to go out of its way in an opening bit of text to note that the film took place before Communist Russia was no longer a thing. The great northern bear was simply no longer a viable option, so, instead, the villains of this film are an IRA splinter faction.

The film opens with Jack Ryan, having just given a presentation in London, being the one guy nearby when IRA terrorists attack the car of a British royal and attempt a kidnapping. Through his actions, the terrorist plot is stopped and the royal is saved, but in the process Jack is forced to kill a couple of the terrorists, one of whom happens to be the younger brother of ring-leader Sean Miller (Sean Bean). Miller swears revenge against Ryan and, essentially, the rest of the film is one attempt on Ryan's life after another as the IRA action comes after him. 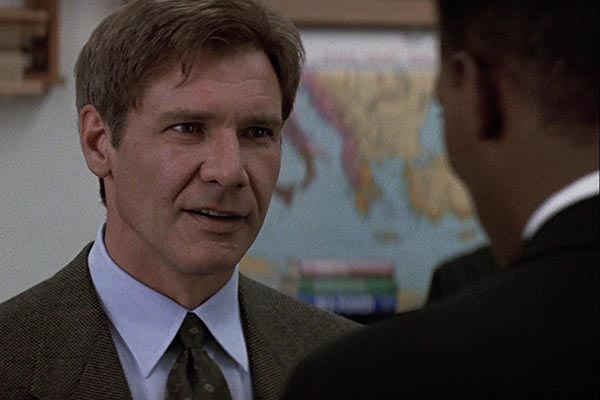 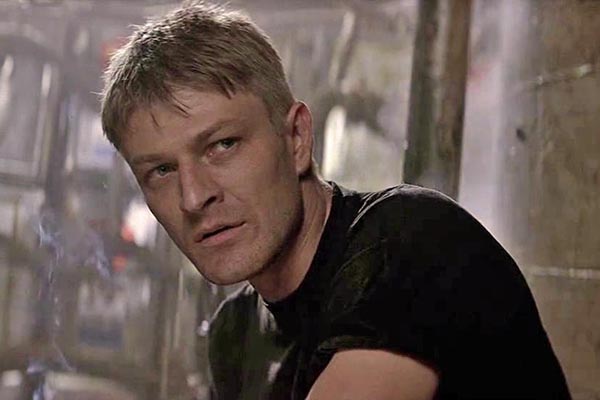 I appreciate that the villains in this movie aren't Middle Eastern terrorists. Sure, some of this is the time the film came out, but it does feel like we very quickly went from fearing the Soviets to fearing Islamic terrorists. I'm sure some of that simply comes down to a Western fear of that which they don't understand, and without Communism (a fearful boogeyman few truly understood) to shudder at we then had to look at a religion we couldn't really grasp. Still, this movie gives us a group of white people as the bad guys, and it works surprisingly well. The England/Ireland conflict is something Americans can actually grasp. White Americans could see the terrorist and think, "wow, this is someone that, in the wrong circumstances, could have been me."

Not that the film is smart enough to explore that subtext. It's a Jack Ryan film so eventually it boils down to "terrorists bad, rah rah America." I like Sean bean as an actor, and he's prove to be quite capable, but the movie isn't really interested in his as anything other than a revenge-driven boogeyman. Hell, he barely speaks for most of the movie, and essentially get to sit stone faced except for the few times he can bring out absolute rage. As a prop the movie can bring out, Bean's Miller can be quite threatening. As a villain, the character is undercooked.

The movie really doesn't even seem to know what it wants to be. There are a few long action set pieces, including the opening kidnapping attempt, a mid-movie chase sequence, and the climactic final confrontation, each of while has Ryan become this CIA killing machine. These scenes, though, take place in between bouts of scholarly oration from Jack Ryan, the history professor, and sequences of paper-pushing and intelligence gathering from Jack Ryan, data savant. There are versions of this character we're just supposed to accept but they never quite gel together into a cohesive whole. Is Ryan troubled by his past and is that why he left the military, and then eventually the CIA as well? We'll never know because it's not explored in the least so there's no way to align the various sides of his character that are on display. 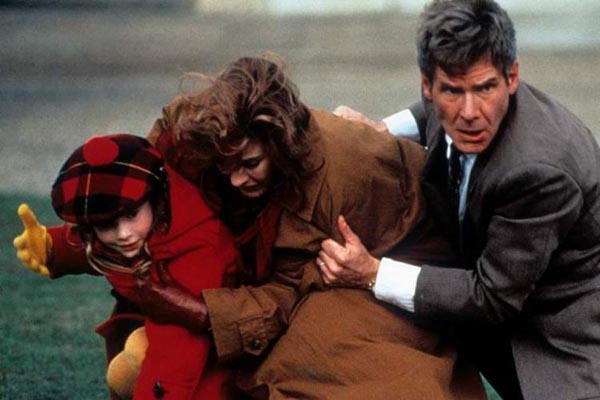 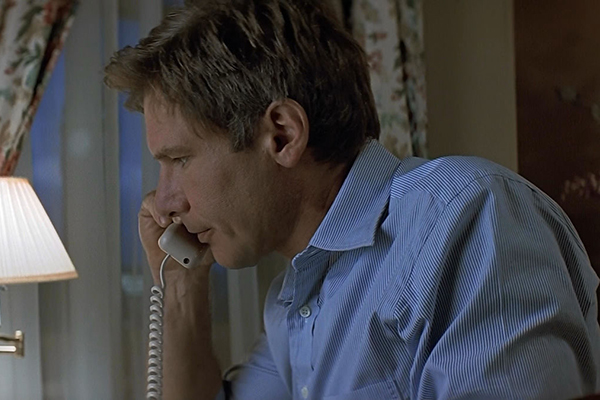 What it leads to is a very uneven movie. Aspects of the film work well but a film that focused just on a battle with the IRA faction, or one that focused on Ryan's efforts to gather intelligence on them and then bring them down would have been more interesting. This mish-mash of ideas ends up robbing bother halves of their relevance, diminishing the movie over all.

Patriot Games is a fine movie with a few different interesting ideas (especially when viewed in 2018 when every terrorist on TV and in movie is, sadly, Islamic). It's just not anywhere near as good as it could have been.