What is the strength of Party Down? Naturally you can point to its charismatic cast, its hilarious writing, it great sense of place. I mean, all of that is true, and I don't argue any of it; all of those things were essential in getting people watching the show when it was first on the air (even if not that many people watched it at the time). I think the thing that keeps people coming back, though, was the ending of the series. Well, the ending for the first two seasons, now that a third season was introduced that will change all of that. The ending, at the time, sealed things for the show and gave it an unexpected note that was deeply rewarding. 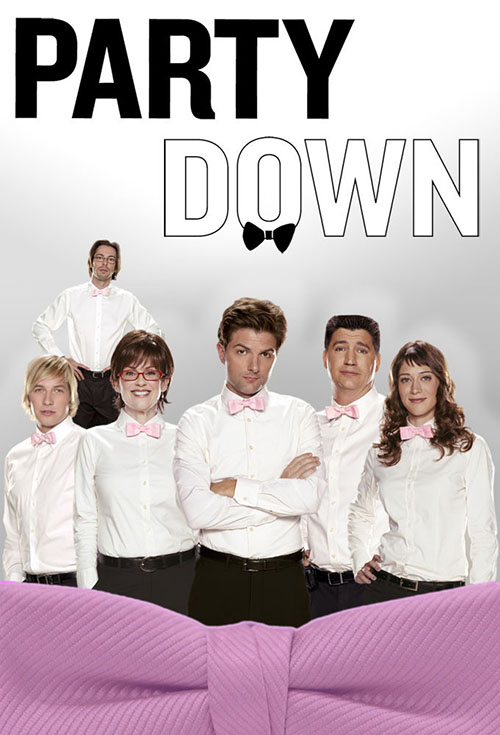 Let's be honest: if the show had just randomly ended without any closure for anyone, people would have lamented its passing. I think a number of its fans (all 100 or so of them) would have mourned, and demanded the show's resurrection, but I don't know if it would have developed quite the cult following it has if the ending weren't so solid. Instead, we get something that wasn't meant to be the ending, was really only meant to potentially usher off one of the characters, and instead became a coda for the whole series. It was great... and now we have to worry about if Starz will fuck it up with the new season.

When last we checked in with the band at Party Down -- Henry, Casey, Kyle, Roman, and Ron -- we'd found the status quo shaken up. Henry had been promoted to team lead after Ron left to open a Soup'R Crackers, Casey had left to go do comedy on a cruise ship for six months, dumping Henry in the process, and sixth member, Constance, has disappeared entirely. The new season picks up six months later, with the team still working parties as no one manages to become a success, ever.

To start, Casey did the comedy gig, but it didn't turn into anything more, so she has to work her dead end catering job once more. Henry is the team lead, but he hates it, and his relationship with fellow catering leader, Uda, isn't really going anywhere fulfilling. Ron saw his dreams get dashed with Soup'R Crackers went belly up (due to the recession). No one can really find their dreams (something Henry, a failed actor, already knew), and so Party Down sucks them back in, the job they just can't quit.

On the one hand it's sad to see so many of the escaped characters return once more. You wanted Ron to succeed, even if, deep down, you always knew he was a fuck up. You wanted Casey to find better prospects after making a name for herself on the cruise ship circuit. Hell, you just wish Kyle or Roman would get a clue and finally figure out what they should be doing with their careers. We've all worked dead end jobs that felt like they'd never let us leave, so that's realistic, but the show needed more hope if it was going to push forward. 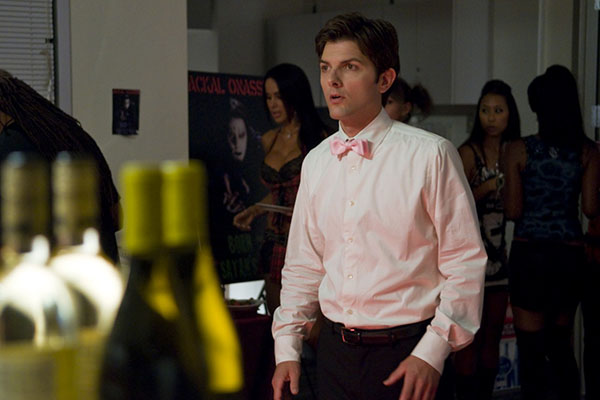 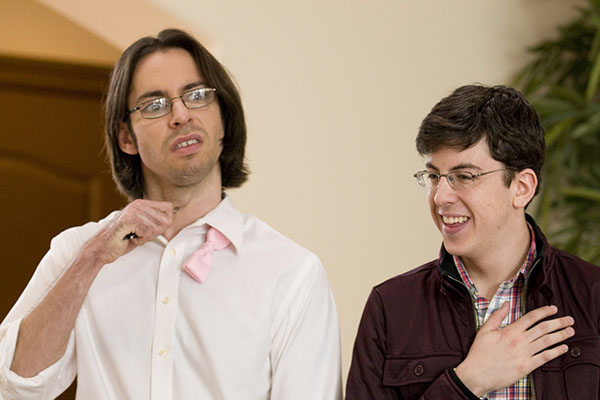 At the same time, though, having Henry and Casey back to banter with each other (and do that "will they / won't they" thing) is really nice. This show absolutely puts them, and the rest of the cast, to good use, giving them a lot of silly adventures they can joke about as they go from party to party. If anything, the comedy feels a little more broad this time around, more set on the situations the characters find themselves in at the various parties instead of just constantly discussing the Hollywood game while ignoring the events around them. It's a retooling that keeps the energy of the show lively, and I liked it.

I would actually argue that there isn't a bad episode in this whole second season. While I think the first season had a few middling episodes -- "Willow Canyon Homeowners Annual Party" was uneven and more uncomfortable with its humor than the rest of the series to come, "Investors Dinner" wasn't as funny as it could have been, and "Brandix Corporate Retreat" feels meandering -- the second season is ten tight episodes that all deliver the goods. Stand outs include "Jackal Onassis Backstage Party", which features a fantastic performance from Jimmi Simpson, and "Steve Guttenberg's Birthday", which finally lets Roman gain a little self-awareness.

It's also worth noting that the addition of Megan Mullally as Lydia Dunfree, filling the sixth slot on the team vacated by Jane Lynch's Constance Carmell, actually gave the show more depth. The various waiters for the catering company were all actors or former actors (in the case of Henry), but Lydia wasn't an actor; she was an stage mom. Her kid, Escapade, wants to make it as a star, so Lydia works to make ends meet while finding ways to get her little girl the career she dreams of. Lydia has a different energy to her than the rest of the cast, more manic, with different goals as well, and that addition broadens the scope for this little band. She's a great addition, no doubt.

But it's the ending that really seals the deal (and spoilers for a 13 year old show). By the time the second season wraps up it was already known that Adam Scott would likely have to move on to Parks and Recreation as he had a major role in the second season (and onwards). Henry was getting written out, which makes his end -- going to an audition finally for a role he knew he could nail -- properly bittersweet. We'd have assumed he got the role, and left Party Down, giving him some kind of closure... except then the show ended. 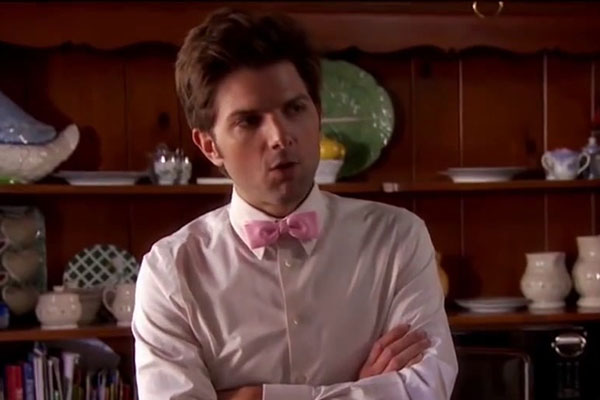 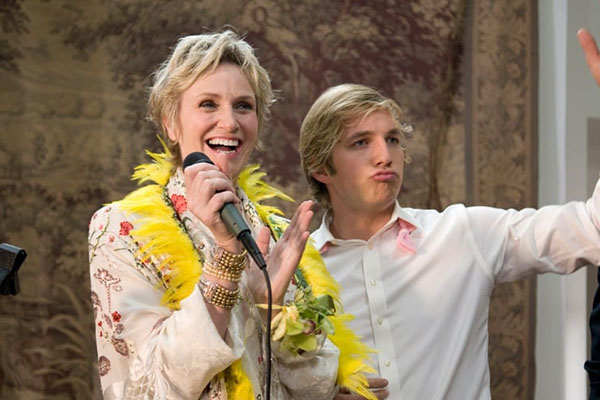 That, in turn, makes some of the season finale developments feel all the more permanent. Roman, in a blitzed-out high at the "Constance Carmell Wedding", wrote a sci-fi opus (entirely on thick and soft toilet paper) that might very well of been his masterpiece (certainly Kyle thought so). Ron, meanwhile, ends up dating the daughter of the Party Down CEO, and in the finale they'd already moved in together. Hell, even Casey seems to realize that things have changed, with a knowing little smile on her face when she hears Henry went to the audition. It's an ending with promise, one that doesn't necessarily tie everything up but still says, "yeah, these guys will make it."

Of course, in 13 years since the show went off the air, things have really changed. Now, we'll get most of the cast back, and that includes Henry but lacks Casey (as actress Lizzy Caplan's schedule was too busy). That ending for Henry? Probably erased. The magnum opus for Roman? Likely ignored by Hollywood. Will Ron even still be with his girlfriend? I have my doubts. Just knowing most of the cast is back means a lot of resetting will likely occur, just to keep all these guys down on their luck and working at Party Down. That's a little sad.

Maybe I'm wrong and the magic of Party Down will present itself once more. I certainly hope that's the case, as I loved the first two seasons of the series and would heartily enjoy a good continuation. But when you have an ending that perfect, do you really need to take another bow? We'll see soon enough when the third season airs...