Read About It In the News

With this season we reach the end of The Wire. Although it technically has been a long trip to get here, with over 50 episodes clocked in the series, I have to admit that I binged my way through most of it in the span of a week. It's just such a good show start to finish (even with the weaker second season) that, like a good book, you simply don't want to put it down once you start. I tried to control myself while watching through but there was no way to stop. 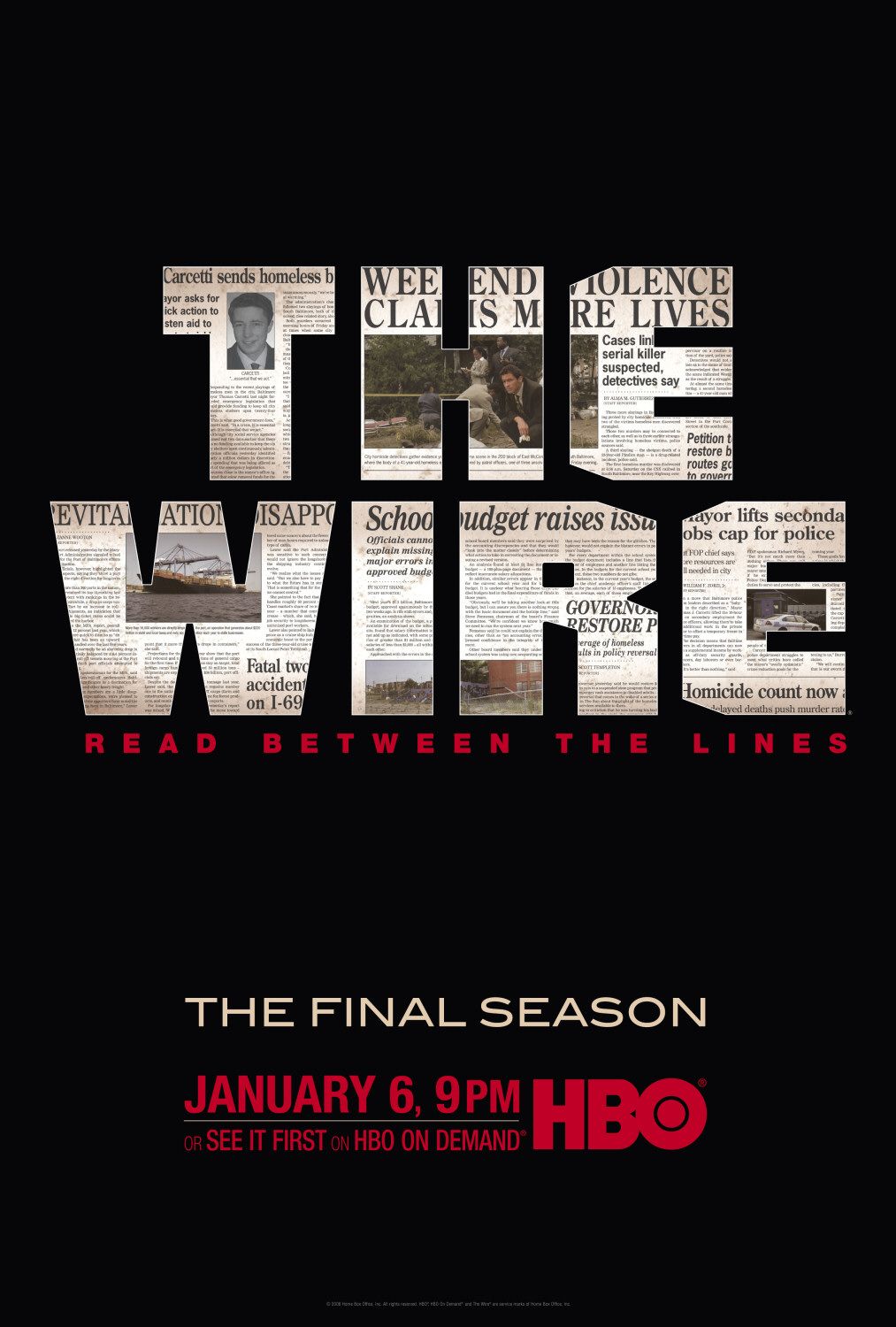 As this is the last season of the show, this fifth season, the series had some business it had to take care of. There's been a build up of the story between the cops and the street dealers for five seasons and, at the very least, we had to get some closure on that front. This being The Wire, closure doesn't really mean anything has changed or that the game is different after. As we learn, all it really does it switch out the faces as one generation moves on (or dies) and the next fills the roles on the streets. The faces change but the game remains the same.

Each season of the show has focused at least some of its time on a different part of the Baltimore experience, and this season is no different. We're now getting some focus on the newspapers through the lens of the Baltimore Sun. The Sun has been hit with hard times, purchased by one mega-conglomeration after another, and each time there are more downsizings, more "do more with less" speeches. Editor Gus Haynes (Clark Johnson) has been stuck watching from the city desk as some of the best writers on the staff have been forced to quit or retire over the months when all he wants to do is put our a good paper. Plus, he has to deal with idiot young reporter Scott Templeton (Tom McCarthy), a guy that seems to want his brilliance to be recognized even as he fails to put in the work.

Templeton gets his chance to shine, though, when an apparent serial killer starts going after homeless men on the streets of Baltimore. Templeton even says he had a call from the serial killer, writing about it for the Sun. Only thing is he didn't get the call, and there is no serial killer. The whole case was made up by McNulty so he and Lester Freamon could get the resources they needed to take down their current target, Marlo Stanfield, the drug dealer that put more than twenty bodies in thee row houses the previous year. Since then a budget crisis had hit Baltimore and the mayor had to cut back on all services, the police included. With a serial, though, money starts flowing and McNulty is able to push money to other places where it's needed. He made up the case, then Templeton (all on his own) made up his story, which McNulty uses. It might just work out well for both of them, or it could all blow up in their faces once they all get caught.

If the series had a protagonist, and I'd argue that The Wire is too morally gray to really buy in on the idea of protagonists and antagonists, McNulty is the closest we have to that type of character. We've been following him on his crusades to try and get "good police work" done, his tirades at the issues he has with management. Really, McNulty is the antagonist o the piece, the agent of chaos making up the fake serial story and pushing everyone else around him. At the same time, though, he's the hero of his own story and, in the end, he kind of sort of gets his man, so maybe that does hold true for him. 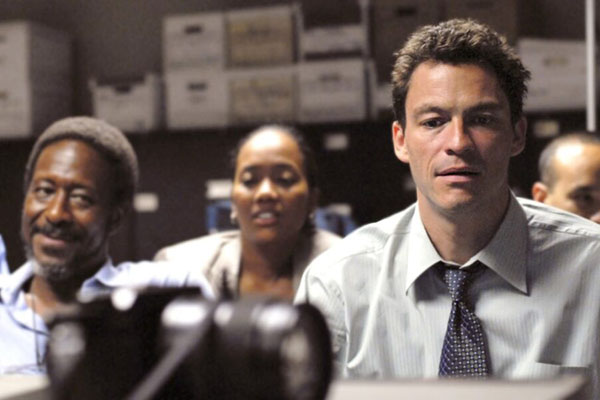 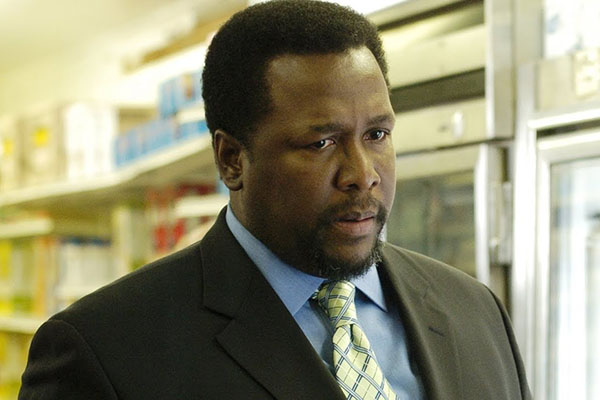 Of course what McNulty does is an "ends justify the means" argument. The money he funnels towards the police ends up coming from the coffers of other institutions that need them, like public works and, more importantly, the schools. He doesn't see that, of course, but we had already spent season four in the schools and we know the razor's edge that institution is on just trying to keep the kids in class and off the streets. McNulty's antics could end up putting more kids on the streets, simply perpetuating the cycle he says he was trying to fight. He can't see the forest for the trees.

He is, of course, focuses solely on Marlo, the next "white whale" for the Major Crimes department. Stanfield took over the drug trade in Baltimore after the Barksdale crew fell apart, and taking out Marlo is all that matters. It's not like the series overtly judges McNulty for this, in large part because the show lets everyone play everything out and shows all the dark secrets of all the characters. But what McNulty really can't see is that taking out Marlo doesn't really change anything; some new drug dealer will spring up to take his place and the cycle will continue. Stealing money from other institutions to pay for his case (and other police cases as he throws money around) will only make that worse.

He also ends up forcing the Mayor's office to refocus their attention on numbers to try and keep the Mayor's election plans (when he runs for Governor) in place. Without the money to improve the schools Mayor Carcetti would have to find something else to run on, and the best way, then, is showing that he's tough on crime. Despite swearing he wouldn't want juiced stats, in the end the Mayor's office asks the police to massage the numbers and make things look better than they actually are. It's just one more way the system never gets a chance to change because no one will really focus on the problems. If there's no money to fix the issues, pretend there aren't issues at all.

But then, really, the point of The Wire is that nothing really can change and that's Baltimore's true issue. When you take out a player in the drug trade someone steps up to take their place. When someone like Omar, the gangster that stole from the drug dealers, is killed a new "Omar" will step up. Everywhere, up and down the line, the systems that failed Baltimore and caused this mess in the first place simply perpetuate the mess because there's nothing else to be done. The kind of systemic change (like we saw attempted back in season three) is rejected because it's not politically :safe", and this nothing can change. 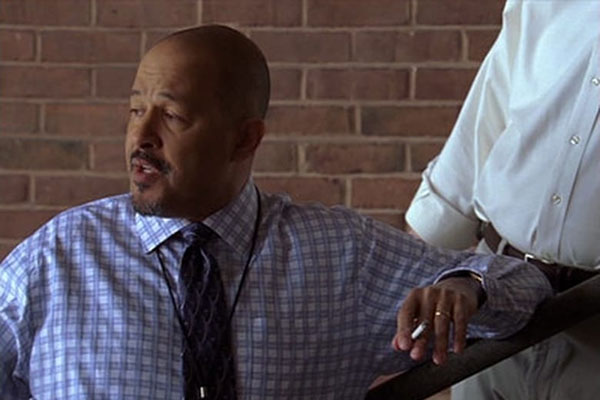 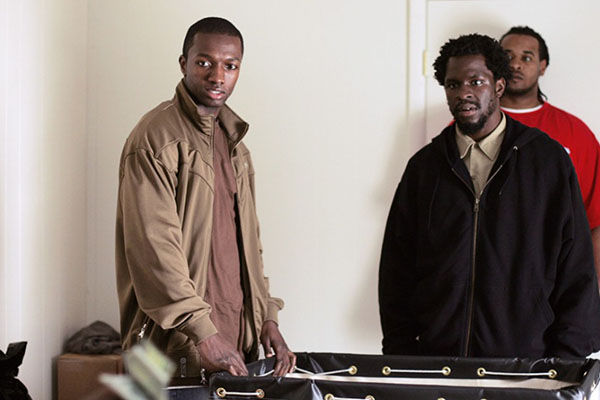 The bigger matter, which the show edges around without really addressing it head on, is that that the War on Drugs failed. It was a "war" designed to criminalize the drugs and the people that used them and dealt them. That meant, to a large margin, going after African-Americans and other minorities, as was intended by the policy, and with a city like Baltimore that's majority Black, the War on Drugs impacted that city more than others. It's a lose-lose scenario for Baltimore that can't be solved until the war is ended and a true, systemic policy change is made.

The Wire paints a picture of a city in decay and shows us what can happen if we stay on this path. It tries to show how things could be solved, but it also illustrates clearly that change is unlikely to every happen. The game continues but never ends, and as long as really change never occurs Baltimore will continue to rot. It's not an uplifting show but, despite all that, it is incredibly compelling even when you know how the loop will play out again and again.