It's interesting to go back and look at shows that have ended, to see how they started and watch the evolution from start to finish. It's rare that a show knows what it wants to be right out of the gate, with very rare exceptions a show will have to find its feet in its first few episodes, figure out its tone and style, so that, by mid-season (at least) i will then be able to go forward as the show it was always meant to be. I think of Community where season one struggled with a pilot that really didn't capture the magic of the cast and it wasn't until will into the season, with an episode about chicken fingers, that the show truly found who it was meant to be.

A similar evolution happened with 30 Rock, a show parodying the back-stage antics of the writers room at Saturday Night Live, created by Tina Fey. This show starts with a six-episode run that feels like it comes from a different (but similarly set) series, one about the evil of a mega-corp ruining the fun of an underdog scrappy show. But after those six episodes the show went in a new direction, realizing that the chemistry between its two big stars, Tina Fey and Alec Baldwin, was so good that their characters needed to be friends, not enemies, and the show blossomed. If the show hadn't been given those six episodes, the time to feel itself out, we wouldn't have had the magic to come.

It's honestly really interesting going back to 30 Rock years after it ended its run because, even now, the show is held up as a comedy heavy weight of its era (thanks to its evolution, in no small part). What's truly funny is that no one expected 30 Rock to be the success story that season as it was up against another show telling a similar story: Studio 60 on the Sunset Strip. That show was a dramedy directed by Aaron Sorkin, the mega-popular writer/director and was seen as a sure-thing super-hit. Instead, Studio 60 went down in (very preachy) flames after just one season and 30 Rock, the scrappy, comedy underdog, went on to run for 139 episodes across seven seasons. That's all thanks to it finding its comedy groove in this first season (and Studio 60 being a giant bag of shit).

On 30 Rock we're introduced to Liz Lemon (Tina Fey), head writer and show-runner for The Girlie Show. The in-show series is a female-led sketch comedy show that pulls in solid ratings and which stars Lemon's best friend, Jenna Maroney (Jane Krakowski), a vain and vapid TV socialite. Things get shaken up, though, when a new studio head is brought in, Jack Donaghy (Alec Baldwin). Donaghy instantly thinks that he could make The Girlie Show better so he brings on a new star, Tracy Jordan (Tracy Morgan), and re-brands the show as TGS with Tracy Jordan.

While this initially causes a lot of conflict, with the cast and crew feeling like Donaghy is meddling where he doesn't belong, things quickly smooth out (after six episodes) and Lemon and Donaghy find a way to work happily with each other. For the rest of the season, then, Donaghy takes Lemon under his wing, acting as a kind of corporate mentor for the head writer as she navigates her love (and misfortunes) in the big city of New York, all while continuing to produce a hit show for NBC. 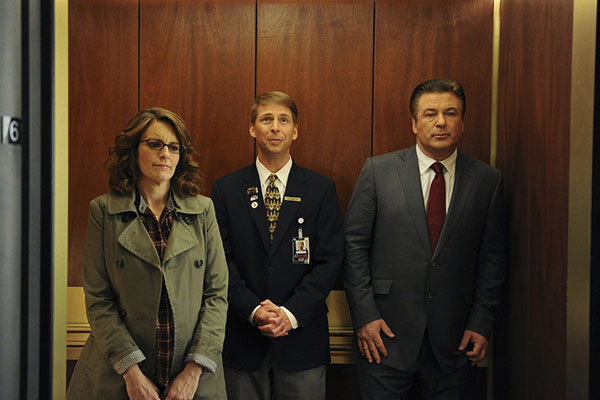 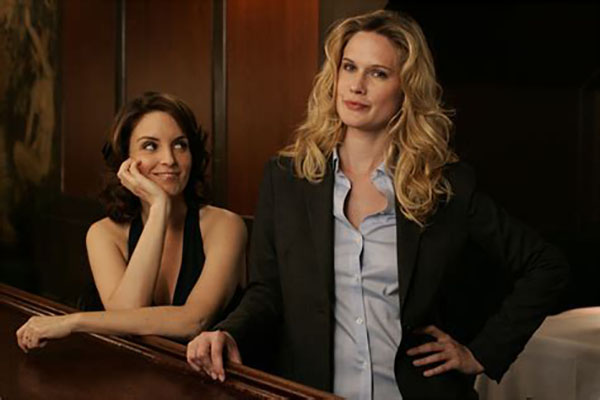 Conceptually you can see how the show was originally conceived. It as meant to be a kind of slobs vs. snobs story with the writers taking on Donaghy and his corporate suits once a week, sticking it to the man. While that's an interesting premise for a few episodes I can see why they pivoted from there. Not only would that story have limited appeal in the long run -- how many times can you tell that story before it starts to get old? -- but when you have a star like Alec Baldwin you can's squander him on such flat material. Baldwin could turn even bland lines in to dryly-stated comedy gold, so you gotta do more with him.

Changing the show to focus more on Baldwin and Fey's characters and their camaraderie allowed th show to shift gears. It went from slobs vs. snobs to something more like a screwball Mary Tyler Moore Show, with Fey in the Moore part and Baldwin's Donaghy as her Lou Grant. This dynamic allows the show to better explore each of their lives, on and off set, and let them develop far more depth than either probably would have had otherwise.

It should be stated that the six episode pivot is pretty standard in television. It's standard practice for a show to produce six episodes at the start of its run that all pretty much reiterate the concept of the show over and over again. This gives new viewers an anchor point so they can figure out the show even if they come in an episode or two late. But its rare to see a show change its energy so drastically at that seventh episode. 30 Rock does that, going from decently amusing in its first six episodes to uproariously funny in episode seven. It wasn't bad before but the transition in one episode is night and day. It's a credit to the writers and producers on the show that they recognized what was working and retooled that well to capitalize on it.

That's not to say that everything on the show does work. I find the Tracey Jordan character to be absolutely obnoxious, far more of a caricature than I think he was even meant to be, and most of his scenes are simply not funny. I also feel the same way about Jack McBrayer who plays NBC Page Kenneth Ellen Parcell. Kenneth is just such a hollow an annoying character that he drives me crazy. Most of the time the show pairs up Kenneth with Tracy so at least I could ignore both of them together while I waited for the show to go back to Fey and Baldwin, but frankly I would have been perfectly happy if these characters weren't on the show at all. 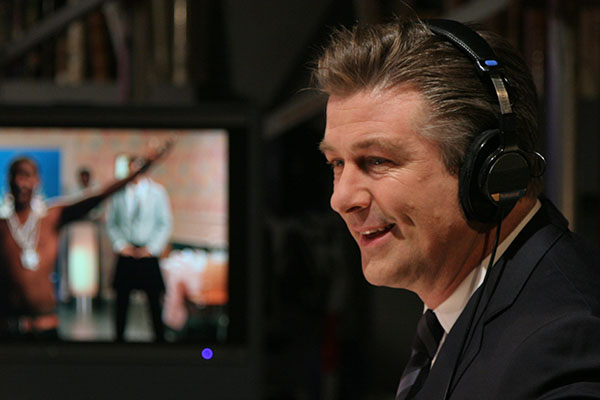 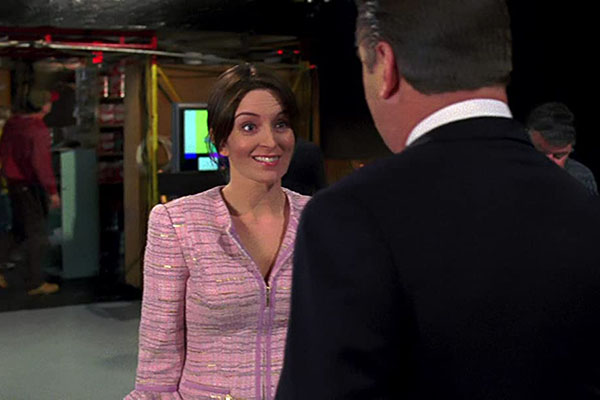 On the whole, though, this show absolutely nails what it needs to be. As the series goes on its cast of characters (outside of Jordan and Kenneth) grow and deepen and the humor becomes even better. There's a strong energy moving into the back half of the season, as it seems like both Lemon and Donaghy have each found their soul mates (not each other, mind you), and then the series finds a way to reset their personal lives without reseting the connection and friendship between each other. Its a deft move that allows them to continue growing and expanding for seasons to come.

It might have needed those six episodes but once it found itself 30 Rock came out swinging. Even now, going back, much of the show still works. Whatever sour notes it has (two actors that don't work, a few too many Cosby jokes that now no longer land) don't ruin the general hilarious vibe. This is a show that's easy to devour and delightful to watch. And now I have six more seasons to quickly digest.