So Long, and Thanks for the Musical Number

Douglas Adams, for years, worked to get a movie adaptation of The Hitchhiker's Guide to the Galaxy off the ground. He was working on it in the late 1980s, through the 1990s, and right up until his death. Despite the fact that the story spawned a successful radio series, a successful series of novels, a successful collection of albums, a well-received TV mini-series, and even a pretty decent text-adventure video game, Adams had a hard time getting Hollywood to understand the story and commit money to a big budget version. 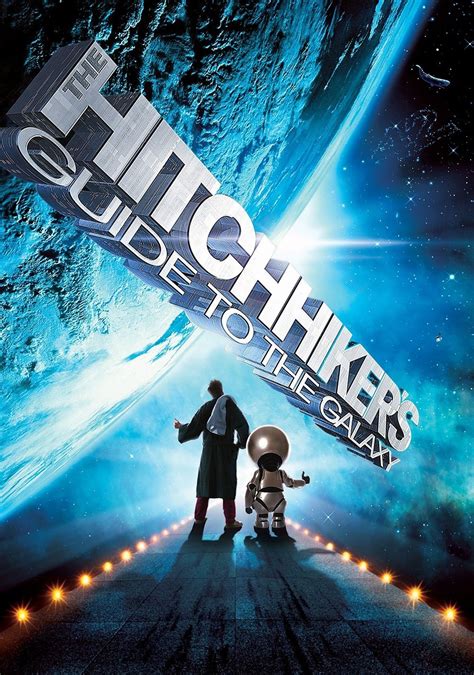 Well, okay, maybe it's easy to see why Hollywood was averse to the material: it's a weird a silly story told in a meandering way, over and over again, and Hollywood probably, for a long time, wanted something more conventional. They were probably looking for a comedy, or a sci-fi epic, but not both. A lot of the sci-fi/comedies that had come out had been low-budget affairs or spoofs or well known material (think Spaceballs or Galaxy Quest). The vision for Hitchhiker wasn't that, though). It was different and Hollywood hates things that are different.

Still, in 2005 a film version did get made by Buena Vista Pictures (part of Disney) and released to the general indifference of viewing audiences. It's not that Hollywood was right, mind you, just that the finished product that made it to the big screen was flawed. It was too weird, too much of a mess of a film to work as a single cohesive unit. There's a solid thread of an idea her, a pure distillation of Hitchhiker's Guide in this film that could work, it's just that the finished product is less than the sum of its parts.

Let's illustrate the point. The film, which broadly follows the plot of the book -- Arthur Dent likes a girl at a party, she leaves with a spaceman (although Arthur doesn't realize he's actually a spaceman), then Arthur laments the loss in his sad little life until his friend, Ford Prefect, grabs him and hitchhikes Arthur to an actual space ship right before the Earth is blown up, all before they have an adventure about Vogons, the answer to "Life, the Universe, and Everything", and that jerk spaceman that stole his girl -- has to flesh out its runtime to actually fit the standard 90-ish minutes for a theatrical film. To do so it does one really brilliant thing -- it transcribes the Guide's various entries as animated sequences voiced by Stephen Fry -- and a lot of really dumb things all to get to that magic length.

I realized this while I watched the film again and I was struck by how uneven the opening of the film is. We start with the narrator telling us about dolphins (the "second most intelligent creatures on the Earth") before the dolphins dive (literally) into a musical number (watch it on YouTube, if you'd like). It's a very catchy number, mind you, but tonally it's very different from what comes next as we're then dropped into Arthur's sad little house right before it's about to be torn down. Then Arthur gets dragged away, introduced to hitchhiking, space travel, and the end of the world, and then the film does yet another intro as it brings us to the titular book, "the Hitchhiker's Guide to the Galaxy". 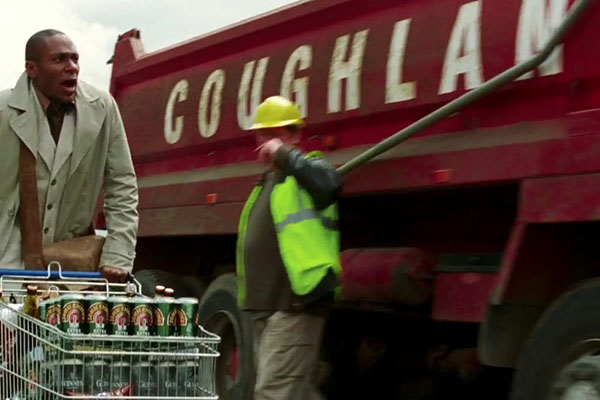 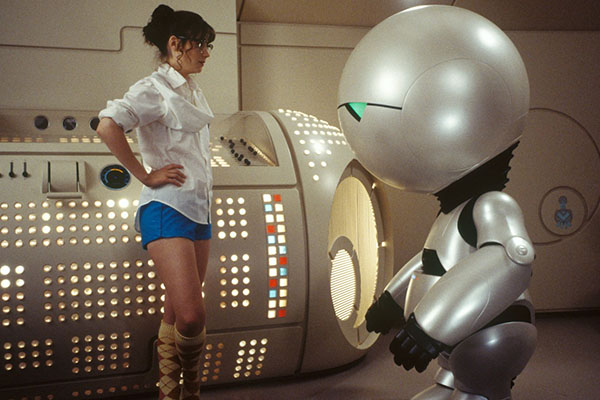 What's noteworthy about this, and what struck me so hard when watching the film again, was just how on-point the introduction of the book was. Scored by "Journey of the Sorcerer" by The Eagles, this bit of the film (watch it here on YouTube to refresh yourself) is brilliant. It has an epic tone that promises space and adventure and a lot of irreverent humor from the book itself. It's just a pity that it takes up a third of the film's runtime to get to this place.

Thinking about this whole first act I realize there's a lot of this film that I would change, or even excise, to get the film running like it should. As much as I like the dolphin musical number, I'd ditch that (maybe save it for a movie actually adapting So Long, and Thanks for All the Fish). I'd start with Arthur Dent and I'd illustrate that he really needed a change in his life. He works a cruddy job, he has a sad little house, and he's kind of a sad little person. He needs to be fleshed out on his own (without a catchy opening) so we understand the journey he has to take to be a better person.

Then, naturally, I'd bounce to the Guide, just as its introduced in the movie, before sending Arthur on his adventure across space. Much of the back half would be removed: the aside to Humma Kavula planet, which kills a lot of the energy of the film would be ditched, as would the tedious adventure on the Vogon home world that added absolutely nothing to the film. Instead I'd probably take material from the second novel, The Restaurant at the End of the Universe, and inter-cut that into the story from the first book to get the runtime to full-length, still ending with Magrathea and the answer to the question of Life, the Universe, and Everything.

At the same time, there's a fair bit I would keep. I loved the sections with the Guide, voiced by Stephen Fry; if anything I'd watch more of these. I'd watch a Peter Jackson-style "Extended Edition" that put even more of these into the movie. I'd keep most of the cast -- Sam Rockwell as Zaphod Beeblebrox, Mos Def as Ford Prefect. and Zooey Deschanel as Tricia "Trillian" McMillan. And some of the smaller bits, like the creative ways that the Heart of Gold ship comes out of its Improbability jumps (like when it's a flower, or yarn, and the creative ways that's reflected on the cast in the ship) I'd keep as well. 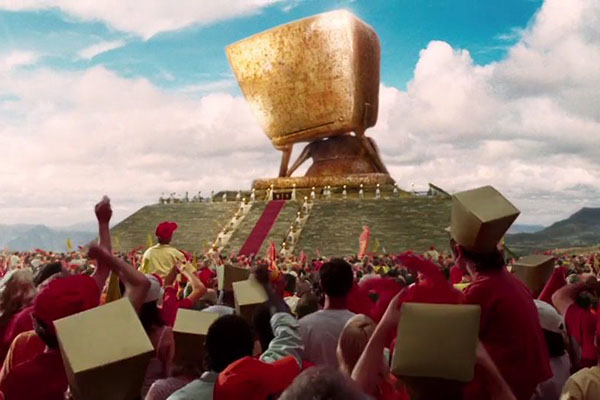 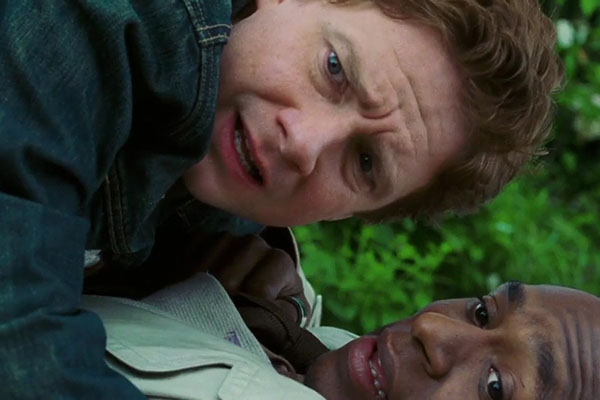 One thing I'd absolutely change, though, is the lead actor for Arthur dent. Don't get me wrong, I really like Martin Freeman and I think he's a fantastic actor. He's too charismatic, though, even when he's trying to play a put-upon, sad-sack Brit. We need someone less famous, less charismatic, and far more nebbish for Arthur Dent. Freeman is too good for this role; Arthur needs to be on this journey to grow as a person, while Freeman always seems like he's just putting up with the ride while he waits for some other, far more interesting appointment he has to get to. He doesn't need to evolve, Arthur absolutely does.

So, yeah, I can totally see why this film failed to light the world on fire. It did a respectable, but not great, $104 Mil at the Box Office (just over twice its budget) and then receded into the background as all plans for a sequel were dropped. This film has a lot of great ideas, and a generally game cast, but it's also a messy, at times tedious, film that never can quite nail its tone or sense of self. It's a fun watch occasionally but it's hard to see the film and not regret what it could have been with a little more work and a lot of tightening up.