Are You a Bad Enough Dude?

Way back, in the early days of the Asteroid G relaunch, I reviewed Bad Boys II. It was part of one of the first "theme" runs I did for this site, reviewing it (and Point Break) before then watching Hot Fuzz, a film that loving references these films. After that, I then watched the next sequel when it came out, Bad Boys for Life followed eventually by the first season of spin-off TV show, L.A.'s Finest. Through all that, though, there was one flaring omission: the original Bad Boys. 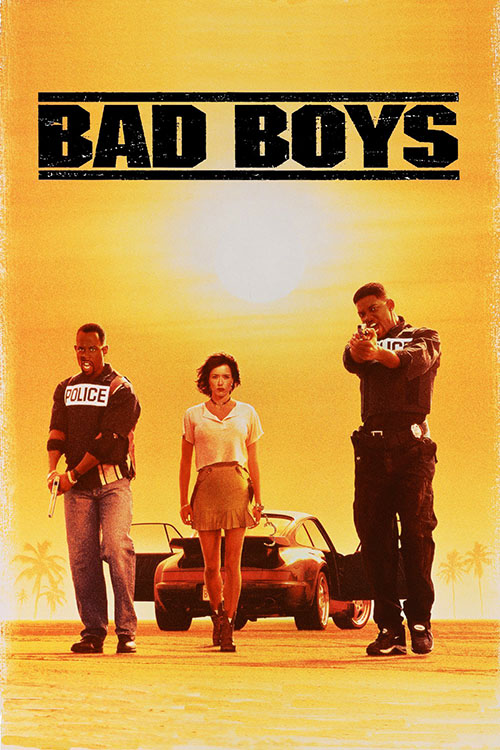 Having now watched the original film in the whole series, I can see why people talk about the sequel more than the first film. Both are on par with each other, as far as story and substance, but the second film has more of everything that works in this film: more action, more bombast, and more comedy. This film spends a lot of time on stuff that doesn't really work, and while the second is also pretty bloated in places it at least has a little more focus, a little more action, and little more of that Michael Bay flair. While I wouldn't call either of these films (or, really anything in the series) "good", there's a spark in the sequel that's missing here in the first film.

This film introduces us to Miami's finest, Detective Sergeant Marcus Burnett (Martin Lawrence) and Detective Sergeant Mike Lowrey (Will Smith) -- and it says something about where Hollywood was at the time that Will Smith actually played second billing to Martin Lawrence on the poster. These two are narcotics detectives, and their week starts bad (and only gets worse) when their big, career making bust, stopping the sale of kilos and kilos of heroin, goes tits up when a professional crew steals the heroine right out of police lockup. Internal Affairs thinks it was an inside job, and it's on our two detectives -- with pressure from their boss, Joe Pantoliano's Captain Conrad Howard -- to find the crew that stole the heroine, get the drugs back, and bring the perps to justice.

The crew in question is led by Antoine Fouchet (Tcheky Karyo), a slick but a tad crazy drug mafioso. He has a deal lined up to sell the heroin and make a cool $200 Mil from the cartels, but things go a little sideways one one of his guys (who was also an ex-cop and their inside man for the theft of the drugs from the police) steals a kilo and decides to have a party. The gang kills him, and the prostitute that's what him, but they leave a witness, Tea Leoni's as Julie Mott. It's up to Mike and Marcus to keep Julie safe, track down the bad guys, and bring it all to a fiery end (because, of course, it's a Michael Bay film).

Coming back and watching this, the first film in the Bad Boys series, I have to admit that for a Michael Bay film this is probably one of the least bombastic films in his oeuvre. Yes, there are explosions, and gun fights, and all the hallmarks of Michael Bay's style, but this was also the first film he directed -- before The Rock and Armageddon, and all his other hits -- and it's positively restrained in comparison to anything else he's done. He was still getting his feet under him as a director, without the clout he'd eventually have, and it shows here. 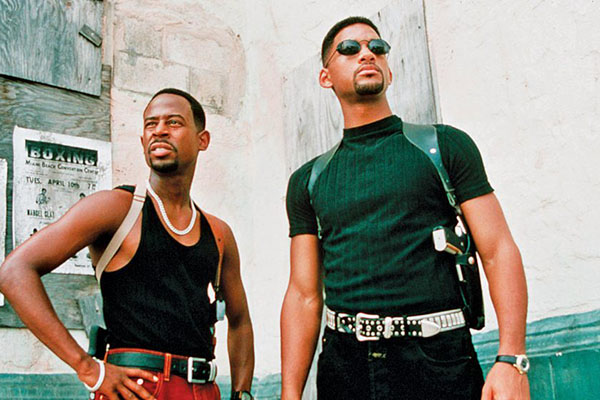 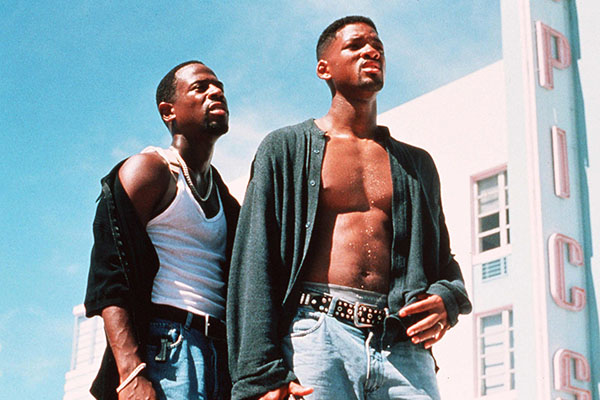 That being said, there are some pretty solid action set-pieces that showed where Bay could go from there. There are some decent gun fights, a couple of car chases (and one foot chase with Will Smith running through the streets of Miami with his shirt flaring around him in a stylish way), along with the big, bombastic finale with all the explosions a die hard Bay-hard could want. In general, though, this film doesn't have nearly as much action as I would have expected, nor wanted, from a Bad Boys film.

The lack of strong action isn't the only issue I had with this film, though; the comedy also feels off. Smith and Lawrence have solid patter, and they get plenty of opportunities to use their bickering back and forth. That all works well. The bits between Lawrence's Burnett and his wife, Theresa Randle's Theresa Burnett, are strained and not at all funny. Meanwhile, there's a long, extended plot line about how Burnett has to pretend to be Mike Lowry, and this leads to him keeping up this ruse around Leoni's Julie long past the point where comedy could be mined from it. It's an extended shtick that feels more at home in a sitcom (which was where Lawrence and Smith came up, admittedly) but it doesn't work in a bigger, Hollywood film.

Plus, honestly, Leoni's character is completely useless here. I'm sure she was included to give the film a "female perspective", but both Leoni and her character Julie are beyond obnoxious here. She doesn't really add anything to the plot, and considering that the guys end up killing everyone in the gang as they make their way to the top, there's little actual need for a witness in their case at all. There won't be a trial so who actually needs a witness here. This film could have been rewritten to remove Leoni's Julie and, frankly, it would have been at least 50 percent better.

I do wish the film actually focused more on the guys being cops instead of investing so much time in their family lives as well as on the lackluster witness storyline. Giving the guys personal lives and having that be essential to their story is one thing, but none of this "filler" is actually essential to the plot in any way. It's all padding to space out a few meager action sequences with fluff and "laughs". Obviously the film only had a $19 Mil budget so there's only so much action that could be put in this action movie for that price. Still, it needed to condense, cut, and smooth the edges to be really good, as opposed to all the bloat that made it into the final cut. 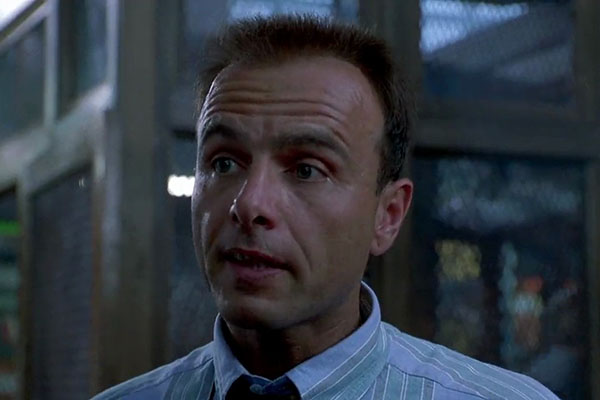 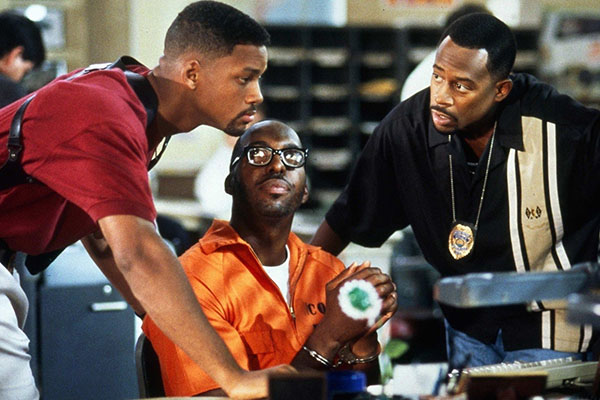 And then, from this 2020s perspective, I have to admit that seeing a couple of cops (even if they are Black cops) charging around, throwing due process out the window as they blast their way through Miami, just doesn't play well anymore. They rack up a body count, along side a lot of personal and professional damage, and these are the kinds of actions that inspire other people to think, "this is just what cops do." These guys are buffoons, us, but the violence and the breaking of the rules doesn't play well anymore and it drags this film down a couple of pegs at least.

I really just wanted more from this film. It's the one that started the franchise but, for me, it's also the weakest of the set. If this film came out now, in 2021, I doubt it would have been the starting point for anyone's careers (in front of or behind the camera), let alone the launch of a whole franchise.