Family is Always the Problem

After the Thin Man

Not every film requires a sequel. Plenty of films have a closed enough ending that there's no reason to revisit the characters later. What could they possibly do, or learn, or go through that would cause some kind of growth in the process? If the characters reach a natural conclusion, any kind of sequel would ruin that perfect place and simply feel tacked on, no matter how interesting the next premise might be (see King Kong, for example). 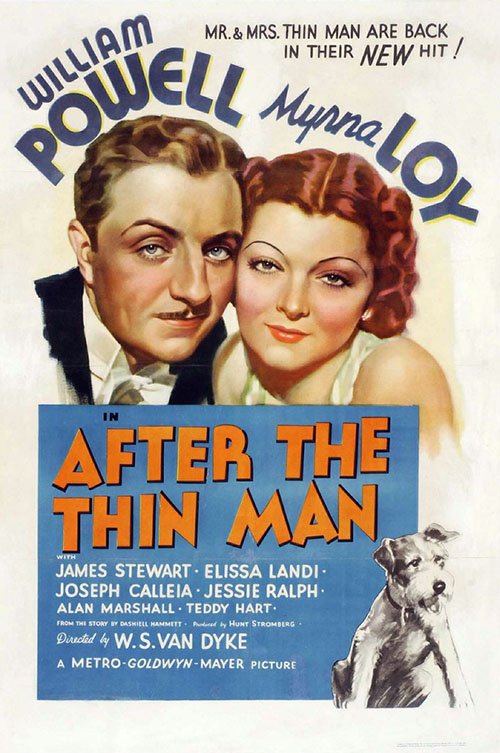 Some films can go through a franchise extension, though, and it certainly doesn't feel awkward for the characters. The Thin Man is one of those films, in large part because our cast of characters -- William Powell as Nick Charles and Myrna Loy as Nora Charles -- have already reached the end of their big adventure before they even met. By the time we get to know them, Nick has retired from being a detective, he and Nora have fallen in love, and they've been living in wedded bliss for four years. In most series, this would be the end of their story (having consummated a "will they or won't they" relationship), but for the Thin Man series, this is just the beginning for them.

From the second film on, these films serve as a kind of detective serial, almost like the TV mysteries that would come along after this franchise eventually petered out. Even just two films in, these stories are already starting to remind me of shows like Murder, She Wrote where our lead detective(s) (Angela Lansbury's Jessica Fletcher in that TV series, Nick and Nora here) go to a place and then someone dies. After a while you start to wonder if people are dying just because Nick and Nora (and Jessica) show up, like they bring the specter of death behind them.

Two films in that seeming death cloud hasn't quite set in yet (although the third film will already make fun of it once we get there). Here, Nick and Nora have gone home to Nora's family for New Years to enjoy the quite life after the big case they just solved (in the first film) and relax. Instead they get wrapped up in another murder case (of course). As we learn, Nora's cousin Selma (Elissa Landi) married a nasty piece of work, Robert Landis (Alan Marshal), because that's what her family wanted, throwing aside the advances of the man she actually liked, David Graham (James Stewart). Robert, though, sleeps around and is pretty abusive. Despite all this. Nora still worries about him, especially now when he hasn't been around for three days (and she's starting to think her husband might be dead).

Robert isn't dead, though. He's just fallen for a girl, a nightclub singer named Polly (Penny Singleton). Polly is working an angle on Robert, hoping to use him to get some money, or at least that's what she's telling the nightclub manager, and guy she has on the side, Dancer (Joseph Calleia). Meanwhile, Robert is working over David to try and get a big chunk of money out of the lug so he can split town and leave Selma all alone. It's a twisted web that only gets twistier once Robert ends up dead and it looks like Selma did it. Nick and Nora have to step in to help the police and solve the case so they can try and clear Selma's name. 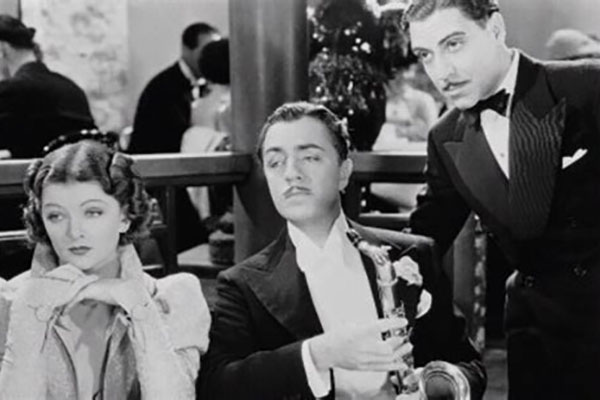 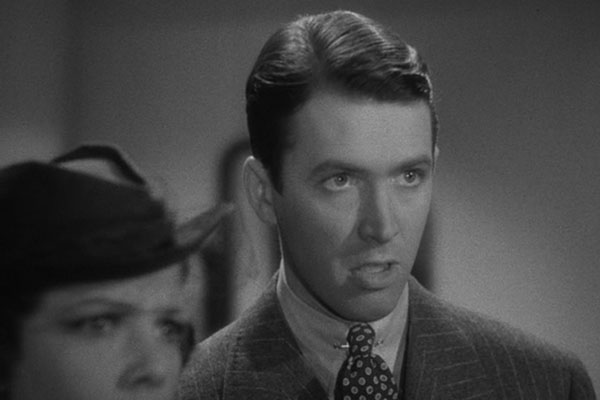 There's a lot going on in this film but, as with the previous movie, it's all handled rather deftly. The pacing is light, the characters are still quite charming, and the dialogue continues to be frothy. Of course, much of that can be pinned on the fact that the team behind the original film -- author Dashiell Hammett, who helped pen the story for this film (even though there was no sequel to his first novel to use as a base), director W.S. Van Dyke, and screen writing team Albert Hackett and Frances Goodrich -- all return to put their creative spin on this film as well. It helps the film feel properly of-a-piece with the previous movie, another fun romp through a murder mystery.

Some elements of this film do actually work better. Because we're already introduced to Nick and Nora the film doesn't have to spend a lot of time on our leads, setting up their back-story. Wisely there's very little recap at all this time around, with the movie jumping right in, putting our characters in the thick of it with Nora's family first, and then the case Nick has to work immediately following. Of course, the creative leads probably expected most people would remember everything that happened with Nick and Nora from the first film as this movie came out just six months later. That's fast turnaround indeed.

The case is actually better this time around, too. The motivations of everyone involved aren't quite as complex, and while the clues are still pretty buried, the pacing suits things better. By the time we get to the big reveal, with Nick once again running down the elements of the case while all the parties are in the same room, listening to him explain it all, it's much easier this time around to follow the case and understand what was going on. I didn't have it figured out, mind you, but it also made sense once it was all laid out.

That said, part of the reason I likely didn't figure it out was because the killer is played by Jimmy Stewart. Although this film came out before he made his big roles everyone remembers (Mr. Smith Goes to Washington, Harvey, It's a Wonderful Life) it feels very much like he's playing against type here. He's a morally just guy in everything we know from him, the upstanding individual, so seeing him play the bad guy... well, you just wouldn't expect it. I doubt the producers had that kind of foresight but it actually makes the big reveal even better now, with all this time after the film was released. 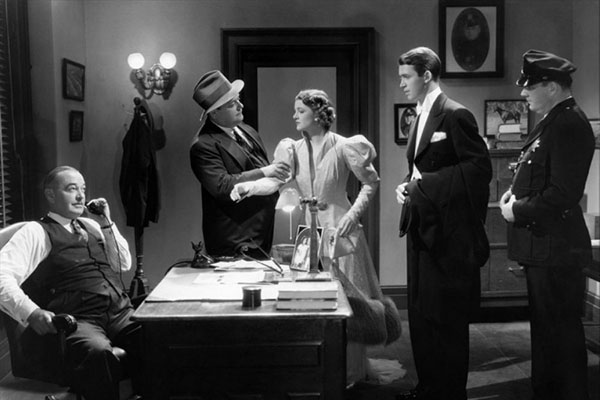 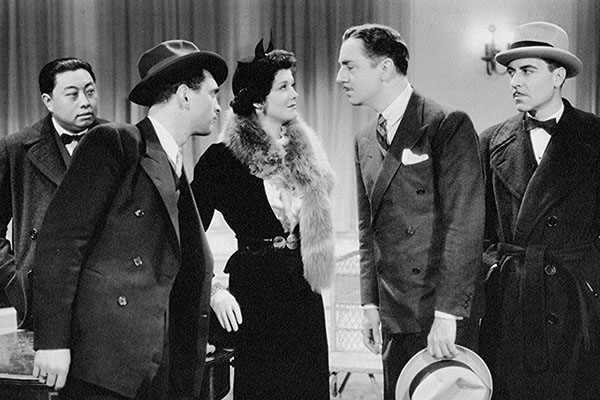 If there's a problem with the film at all it's that it just doesn't stick with you once it's done. It's fun, it's bubbly, and it has the same kind of charm as the first film. There isn't anything that memorable about it, though; it's another fun case from Nick and Nora but it feels a lot like their first case together. That leaves it feeling not quite as strong as the first film even if it is fun and enjoyable. I guess that's a problem with any sequel that has to follow the conventions of the first without treading too far outside the lines of what worked the first time around.

Or maybe it just speaks to the fact that there really isn't anywhere for Nick and Nora to go. It's fun to watch them, and I'll enjoy seeing them in all six of these movies as we run the series, but the Nick and Nora we had at the start of the first film will likely be just the same and the end of the sixth. The characters are in a bit of stasis; fun stasis, yes, but it's holding them back just a little.