Land with a Splat

I have watched a lot of bad movies over the years. I actually happen to like bad movies because, generally, there's something to appreciate. Low-budget films that try can be noble, in their own ways, and producers trying to throw a scrappy production should be lauded because they tried. A big, Hollywood film that ends up being bad is one thing, but you just want to rub the head of a Z-grade film and give it a cookie for doing as well as it did. Plus, bad movies can be pretty fun, and funny, to watch. There's no losing. 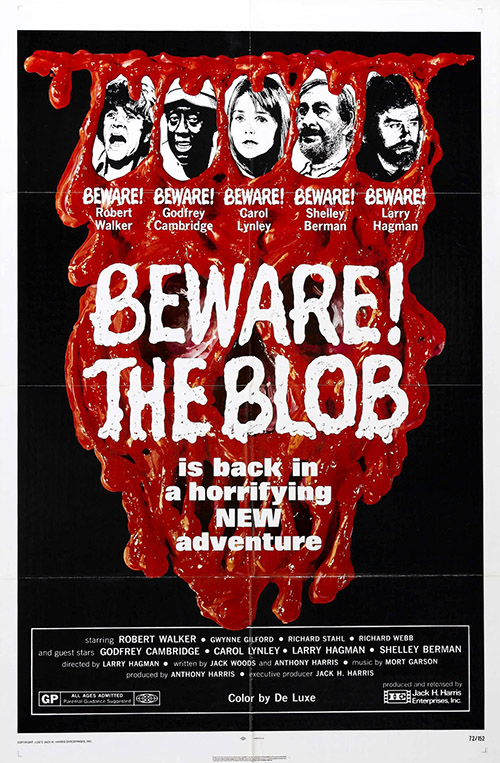 Or so I thought, but then I watched the 1972 sequel to The Blob, the criminally inept Beware! The Blob, and I had to reconsider just how much I want to watch bad movies for this site. Never have I been confronted with a film I wanted to turn off part way in that this awful sequel. I've manged to sit though I, Frankenstein, Blackenstein, and untold numbers of Mystery Science Theater 3000First aired on the independent TV network KTMA, Mystery Science Theater 3000 grew in popularity when it moved to Comedy Central. Spoofing bad movies, the gang on the show watch the flicks and make jokes about them, entertaining its audience with the same kind of shtick many movies watchers provided on their own (just usually not as funny as the MST3K guys could provide). It became an indelible part of the entertainment landscape from there, and lives on today on Netflix. episodes, but this was the first time where I legitimately had thought thought that, "maybe I should just pull this whole operation up." I really didn't want to watch this movie.

It is bad, yes. It's just a low-budget a movie as the original, with as little in the way of creature effects. It plays all the same cards as the original, essentially has the same story as the original, and goes beat by beat in parallel to the original. And that's fine; it's a shitty movie and you don't expect a lot of intelligence in a movie called "The Blob". But this movie is more than bad: it's grating. It actually hurt me to watch it, because the sad attempts at comedy, the piercing soundtrack, the mish-mash of scenes for no reason, and on and on. If ever you wanted to show a movie to a bunch of film students and ask, "as you sure this is what you want to waste your life doing?" show them Beware! The Blob. It's like a "scared straight" PSA for film school.

We open in the cartoonishly awful, racist and stereotyped household of black engineer Chester Hargis (Godfrey Cambridge). He's just come back from a project in the Arctic, laying down oil pipes with his crew. But when they hit a sample they couldn't explain, Chester brought it back to the States to have it examined. However, before he can leave his house, and his loving wife Mariane Hargis (Marlene Clark), the sample in the jar wakes up and proceeds to eat everyone in the house. This act, it should be noted, is discovered by their friend, young Lisa Clark (Gwynne Gilford).

Freaked out, understandably, Lisa drives off to find her boyfriend, Bobby Hartford (Robert Walker), but when they both get back to the Hargis house, the slime is gone. The police, called in, don't believe a word of it and they send the kids home. Lisa had forgotten there was going to be a birthday party for her boyfriend back at her place, so the party is raging by the time they arrive. Lisa, though, just isn't in the mood. Eventually she drags Bobby away, and once Bobby also sees the Blob, he gets on board trying to warn the town. The citizens steadily get picked off, but the police are no help, and it will take a miracle to make them all see the horror of the Blob before it's all too late. 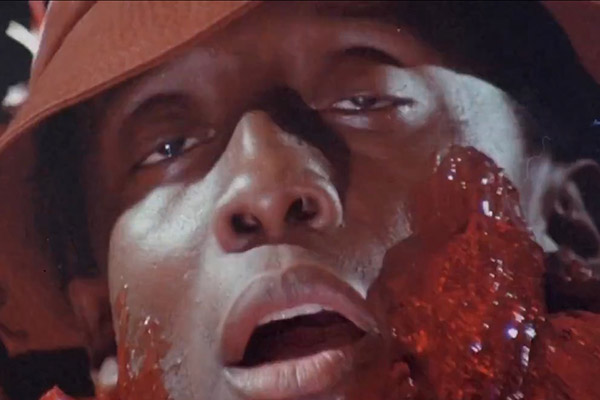 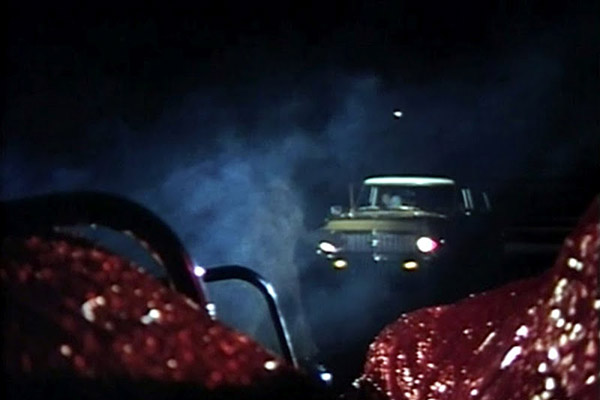 So let's cover just what's so wrong about this movie. For starters, the entire actual plot of the film fits into about 20 minutes of the movie. There's a very shaggy-dog quality to this film, with dozens of sequences of people going about their day in "humorous" skits (humor not guarantee, offer void in Utah). Very little time is actually spent on the kids, and their quest to show the world the Blob exists, but there's plenty of time for musical asides, skits about dirty hippies, and a lot of people just sitting around fires, smoking joints.

Pacing is a problem, is what I'm saying. When the film finally does get around to focusing on the plot, mostly in the last act, it actually approaches something like "moderately okay". It finds some energy, some momentum, and gets surprisingly focused considering what we just sat through for the previous hour or so, but it's also too little too late at that point because everyone in the audience has already been bored.

Not just bored, though -- irritated, too. This movie is just so badly put together, the act of watching it is like nails on a chalkboard. It begins in the first seconds with an opening theme song that is both squealy and repetitive, going on so much longer than it needed to. Part of me wanted to turn it off then, just for my own sanity, and then it never really gets better. The next sequence is overly long, just watching Mariane and Chester going about their day at home, being just as annoying as the preceding song. And this is a good fifteen minutes or so of the film.

So much time is spent on annoying characters -- a Russian in his bath, a barber and his hippie customer, a couple of kids smoking pot and singing in a storm drain, farmers getting smashed and chatting about nothing, a troop of boy scouts and their obnoxious counselor -- and it's all probably supposed to be "funny". It isn't; humor is the last thing I think when I watch anything in this film. It's just bad. 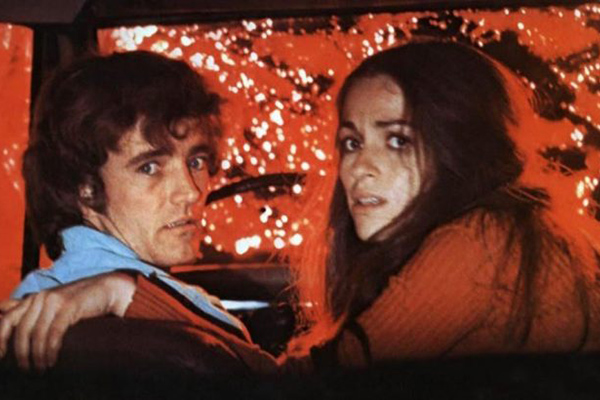 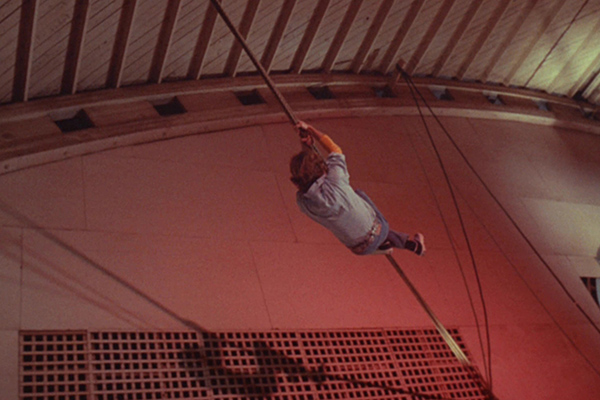 And what does it all amount to? Nothing. I sat this this awful film and, yes, it's now burned into my brain. I want to forget it all, but it was so utterly bad it somehow became more memorable than actual good films I've watched and enjoyed. I have a fear that, like, The Avengers has been robbed from my memory to be replaced by this horrendous thing. It's a movie no one should have to suffer through because it'll make you dumber for the effort.

The original The Blob skated by on the charisma of its lead, Steve McQueen. If anything, this film clearly illustrates just how bad the original film would have been if it didn't have a good star to anchor everything around. This is the exact same film, in story, as the original, but it has to pad its time around its lackluster leads with anything that might be entertaining. Everything in the film is far from entertaining, and I feel terrible having watched this film. When people say they hate bad movies, I have to assume it's because they've seen Beware! The Blob, and I have to agree. I hate it, too.