Anyone Can Be Bourne Again

Universal has been set on trying to stretch out the Jason Bourne franchise as much as they can. Understandable considering that every film in the franchise has been a solid hit (at least at the Box Office), starting all the way back in 2002 with The Bourne Identity. The budgets have been kept fairly small (for Hollywood films of this century), so as long as the studio can keep milking the franchise, they're going to. 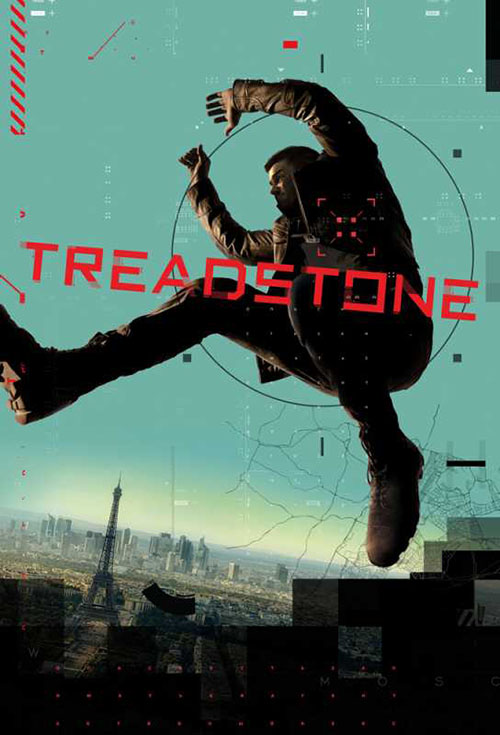 Milk it they have though, long since losing the main thread of the series. We were supposed to care about Jason Bourne as he worked to shut down the evil agency that had train (and made) him, the titular (for this series) Treadstone, but then ever film he finds another thread of the CIA company still working. Blackbriar and Ironthunder and BigMcLargeHuge -- the "Company" keeps on going. Can't get Matt Damon to come back and play Jason Bourne again? Cast someone else in the less interesting The Bourne Legacy. Need to revive the franchise? Throw a bunch of scratch at Damon until he returns for astoundingly stupid Jason Bourne. Every time the studio tries, the work gets worse.

Needless to say, I was not excited to see something else set in the Bourne universe. The first three films had gotten less and less interesting, but it was the last two that really sucked, and a TV series set in the same "universe" that didn't even have any character we knew or cared about seemed like a massive stretch. And, sure enough, after airing the show was quickly canceled, throwing a fair bit of cold water on the prospects for the franchise. Could this show be any good when no one even bothers showing up to watch it? Well, it's not entirely bad but it's certainly not great, either.

The point of Treadstone is, in essence, to get into the heart of the evil CIA "company" and see what makes it tick, and we do this from a number of perspectives. Firstly there's John Randolph Bentley (Jeremy Irvine), a CIA agent working in 1975 who manages to escape a Russian medical prison and flee back to West Berlin to check in with his people. As we learn, John has been gone for nine months (although he doesn't remember it), and the CIA basically thinks he's a double-agent traitor which, as it turns out, John really is. It seems he was made into a "Cicada", a sleeper agent who would blend in, hide in plain sight, and had a "particular set of skills" that made him great for covert missions. In essence, this as the start of Treadstone, made by the Soviets, and the CIA was suddenly very interested. John has to figure out who he is, what happened to his past, and what he was doing in Russia during his nine months away.

Meanwhile, in the present, we have a number of converging storylines. There's Tara Coleman (Tracy Ifeachor), a reporter covering a big story on a lost Russian missile, Stiletto Six, and the covert sale of this warhead (a story she's been researching and covering for months, maybe years). There's also SoYun Pak (Han Hyo-joo), a North Korean mother and housewife who, apparently is a sleeper cicada, a fact she finds out suddenly and which sends her life spinning as she's sent to some how facilitate North Korea's interest in, yes, Stiletto Six. There's Doug McKenna (Brian J. Smith), a oil rig worker who discovers that he, too, is a sleeper agent and that his wife, Samantha McKenna (Tess Haubrich) is/was his handler. And, finally, there's CIA agent Doug McKenna (Brian J. Smith) and his handler Ellen Becker (Michelle Forbes), clean-as-a-whistle agents that get sucked into the Treadstone mystery and find there's no escape from this twisting plot. 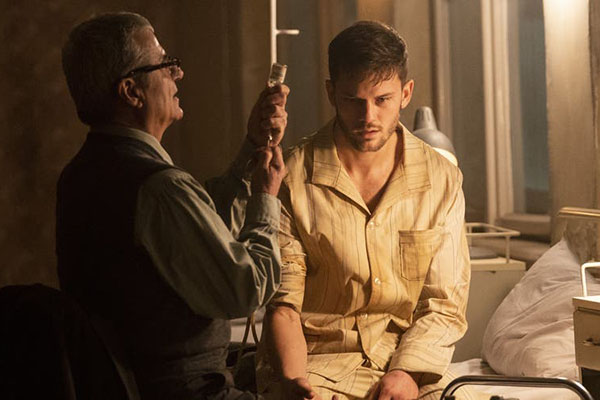 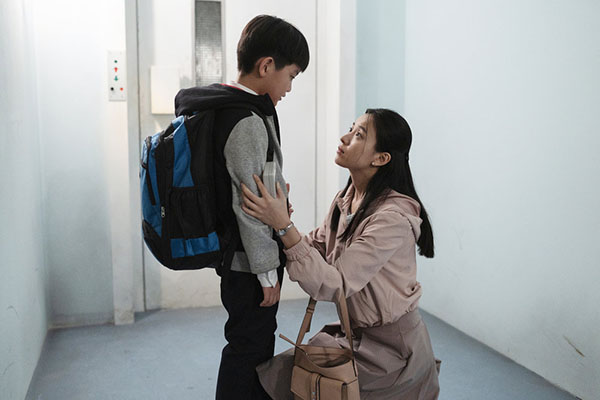 Let's be clear: there is simply too much going on in Treadstone. Any one of these stories could have made a compelling narrative, letting us focus on characters as they learn about Treadstone (or the Cicada Program, whatever you want to call it), slowly drawing in other characters over time and broadening the story as we learn more and more about them. A focused narrative could have given us someone to latch on to -- you know, like Jason Bourne and his set of films -- but the series has no interest in that, instead giving us little slices of a bunch of characters all at once, and dragging out the various mysteries over the course of the season, only revealing anything near the very end.

I suppose we shouldn't be surprised that this is the way the series was designed as Treadstone was the brainchild of Tim Kring, the creator of Heroes. That show has all about taking average people and saying, "hey, what if they were heroes," before sending them on a mission that would unite them all in saving the world. That same design is here, taking the idea of "what if normal people but then Jason Bourne" and applying it to everyone. It's... well, it's really stupid.

The thing about these stories is that we can only have one or two agents we can care about. The more heroes (no pun intended) you put into a show, the harder it is for us to have any narrative focus, for us to latch on to them and find anything compelling about their plight. I like Tracy and SoYun, Brian and Doug and any one of them could have led this story. Heck, if you wanted to play it from both sides you could have had Doug trying to stop Treadstone while dealing with a sleeper agent that was waking up (which he does, in the guide of Patrick Fugit's Stephen Haynes, yet another sleeper agent suddenly coming in to play). Two storylines meeting up half way, presenting both sides of the story could have been enough.

But that's not what we got. Instead we technically had six storylines all going at once in a single, ten episode season, half of which barely connect in any meaningful way. Oh, and that storyline about Stiletto Six, how all the agents needed to come together to stop it? Yeah, that gets resolved by the regular CIA. SO what was the point of any of it? Why did we watch all these storylines unfold and then go nowhere? Was it all to set up a second season (and a movie tie-in that Universal was threatening us with)? God, I hope not. 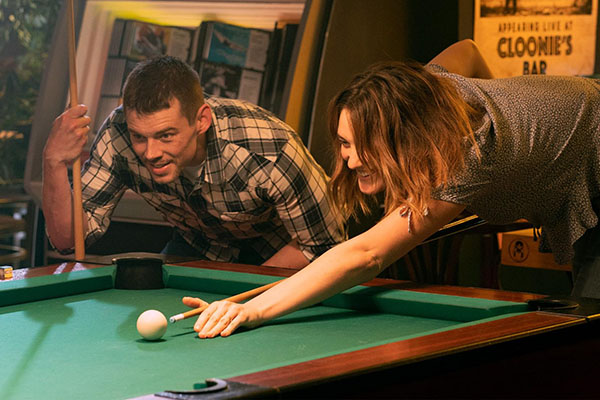 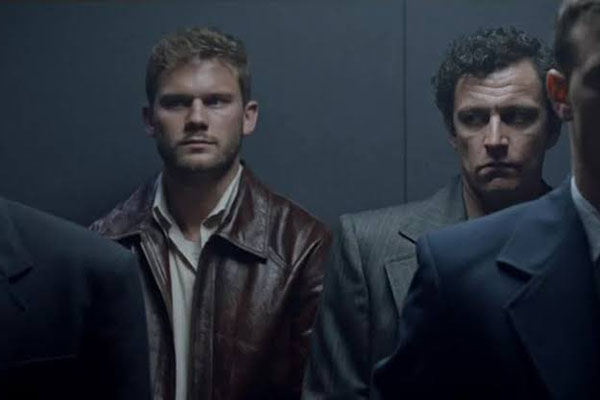 I love the ambition displayed here, but it was pretty clear that Tim Kring really only has one idea and he tried to apply a concept that worked -- Heroes (and it's arguable if that show really worked past two-thirds of the first season) -- and applied it to a different show with middling results. There's probably a way that a Bourne show could work, but Treadstone wasn't it. This show bit off way too much and did too little with it, all for a big fat pile of nothing to show for the trouble.

Universal had big plans for this show and the rest of the universe around it, but between Matt Damon once again throwing cold water on the idea of coming back, and this show ending after one poorly-rated season, maybe it's time for the studio to let this one go. No one is interested in a big, connected universe of Bourne stories. Hell, maybe no one is even interested in Jason Bourne anymore (Damon certainly thinks that's the case). We just need to give the idea of this series a good decade off and then maybe come at it with fresh ideas and a new way to tell the story. This show died, and I think that's simply for the best because the movies series, as a whole, needs to die with it.