Trippy Stories of the (Empty) Mind

I think it's safe to say at this point that the X-MenLaunched in 1963 and written by Stan Lee and Jack Kirby, the X-Men featured heroes distinctly different from those featured in the pages of DC Comics. Mutants who didn't ask for their powers (and very often didn't want them), these heroes, who constantly fought against humans who didn't want "muties" around, served as metaphors for oppression and racism. Their powerful stories would form this group into one of the most recognizable superhero teams in comics (and a successful series of movies as well)., as a whole, are hard to adapt to the screen. While there have been show productions that have worked well -- X-Men, X2: X-Men United, Days of Future Past, Logan -- the Fox franchise is dotted with more misses than hits, with even the great adaptations being followed by terrible sequels and continuations. 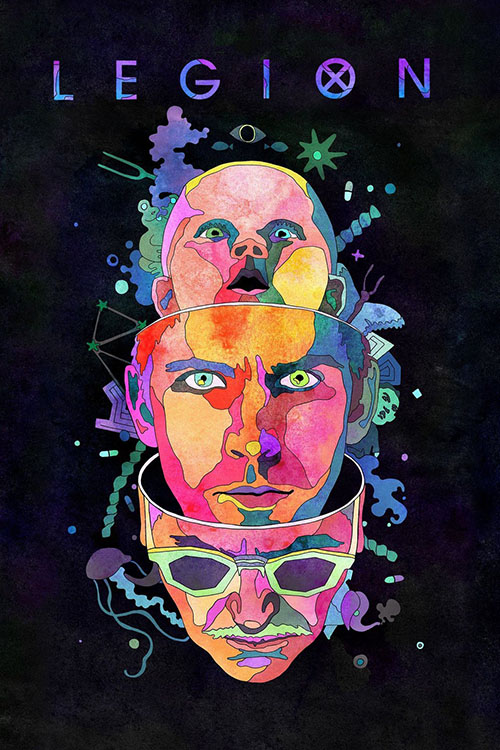 When it debuted in 2017, FX's Legion -- a series tied to the X-Men mythology but not directly part of the Fox continuity -- it was an interesting experiment, a change of pace from the previous X-films that managed to be both compelling and trippy as all hell. The series is set around the lead character of David Haller (Dan Stevens), a schizophrenic who is actually, in reality, a mutant (and son of Charles Xavier) with powerful mutant abilities who, as a baby, was taken over by the soul of an evil mutant, the Shadow King (aka Amahl Farouk, played by Navid Negahban), who slowly and thoroughly drove the kid mad. Then he was freed of the demon in his head and could live life his way... only to learn he might actually be schizophrenic after all (and that all his problems weren't caused by the Shadow King).

The first season presented us David along with his team of friends -- body-switching Syd (Rachel Keller), body-sharing Cary (Bill Irwin) and Karry (Amber Midthunder), tean-leader Melanie (Jean Smart) -- and then, over the course of second season, tried to blow the team up by turning David, somehow, into a villain. That then led us to this third (and final) season with David acting as the leader of a cult (he's not ashamed of that title), guiding his band of flower children, keeping them high on the juice of his mind while he tries to find a way to fix his past mistakes and save the world. The rest of his team, though, views him as a villain, having future-knowledge that David might just end the world and, if they don't stop him first, everything will come to an end.

Getting in the middle of all this is Switch (Lauren Tsai), a mutant with the ability to travel through time. Drawn to the cult because she's looking for answers about her own destiny, she ends up helping David to try and find the moment when he can change everything -- to fix his relationship with Syd (which he did ruin with some bad choices in the previous season), to stop the Shadow King, to save himself. But every chocie he makes seems to have worse and worse consequences, including unleaseing time-demons who want nothing more than to devour the world. THe more David struggles the more he inevitably brings the end of the world closer and closer. Maybe the rest of the team was right... but then again, maybe not.

While I loved the first season of Legion, finding its trippy blend of retro-weirdness and mind-bending storytelling so enthralling. David was a compelling character, a man driven mad by a literal demon in his head but who wanted to do good and help others. Freeing him of his demons should have been the start of a grand adventure for him. Second season, though, left me cold, in part because it took forever to get where it was going (with a lot of time spent on weird narrative diversion that felt like a lot of wheel-spinning). Worse, though, it seemed to lose a sense of who David was, all so it could recast him as the villain of the piece. 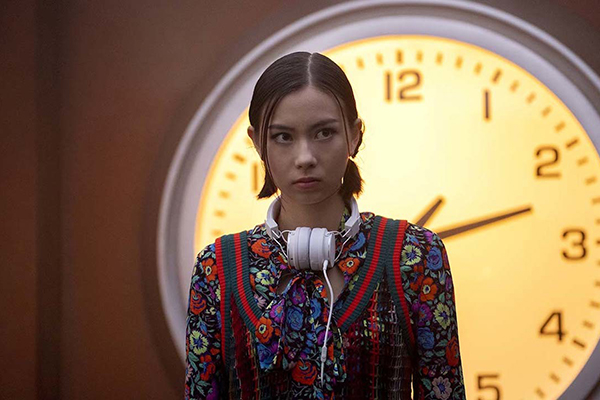 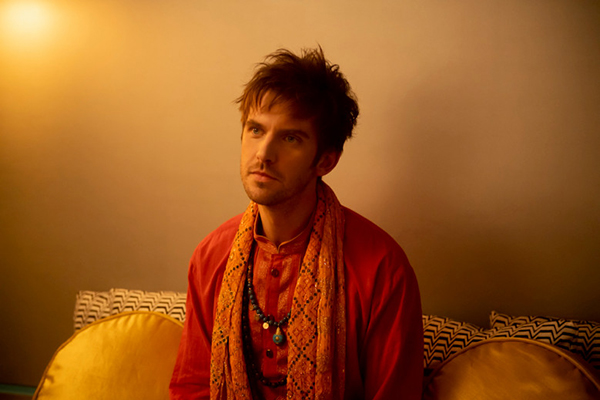 That's not to say anything he did in second season didn't matter -- action-wise, David did indeed become a bit of a villain. The problem is that the David we knew from the first season wasn't the kind of person that could, for instance, mind wipe a bunch of people, or drug his girlfriend (with mental powers) and then have sex with her. These are things second season David did, but it all felt like it was coming from a different character. This wasn't the David we understood, but a new version out of left field, and it was only conveyed in his actions.

David is compellingly played by Dan Stevens, but part of Stevens's performance is that David never sees the evil in his actions, approaching everything with almost child-like innocence. The character still acts like the David we know but then he goes about doing things David would never do, creating a disconnect between performance and actions. Maybe that's what the show wanted, to create that disconnect like he's the abuser in a relationship, but the show never commits to this perspective, always keeping David in the role of protagonist, always making it so we care about him even when he's doing things that show paint him as the villain. Like, the story wants us to think of David as the villain but the show never commits to it.

Weirdly, considering how I felt that the second season took too long to get anywhere, season three of the show goes by in a rush, skipping past a lot of story development to hit the major beats it needed before the series ends. That's how we get Switch, a character enjoyably played by Lauren Tsai, who should feel like a mjaor character in the story moving forward, and yet Switch is reduced to little more than a plot device, a McGuffin that allows the story to move forward (or, really, backwards in time) but never really comes into her own as a character. She's even given a send off at the end of the series (like all the major characters) but it doesn't feel earned like it should.

That's actually a problem for everyone, frankly. Each of the characters comes to the big climax of the season (which I won't spoil), having been motivated there by the things they say, but none of it is ever properly expressed in their actions. Their performances are different from what they say, which is different from what they do, and it all becomes a kind of tangled mess. By the time we get to each of their perscribed endings, the moments themselves are sweet but none of it feels like it's earned, or that it even matters. Time travel was iontroduced which means, end of the day, nothing matters and, really, it's all for naught. 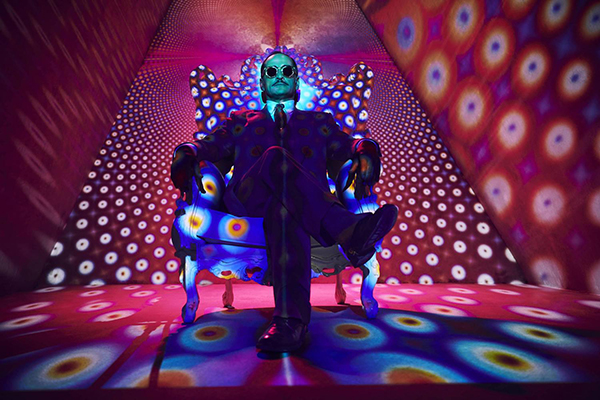 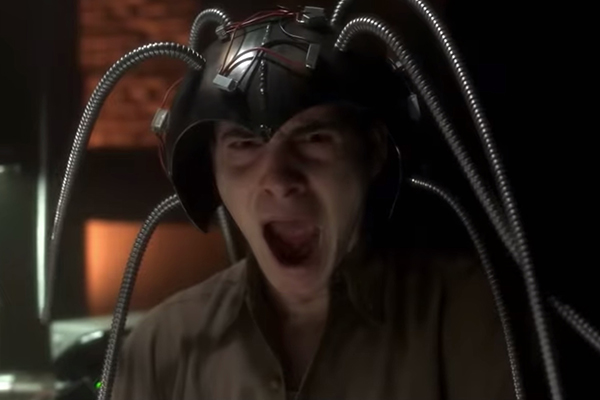 I think this is really a case of the show wanting to do too much with two few episodes left in the run. Before the third season was even put into production it was announced that it would also be the last for Legion. Whether that was always the plan or if FX had lost faith in the series and wanted to quickly get one more run out the door to tie it all up is something you'll have to ponder, but it certainly feels like the show had less time to tell it's story than the producers would have liked. There's easily two seasons of story here (even with all the weird narrative diversions and music video-esque oddities scattered throughout the season to pad its length), and while I shudder to think what the pacing could have been like if this series could have just kept going on, forever, it's not well served by the fast pace of this final season as it currently exists.

There are great ideas at play in Legion, and the creative, artistic flourishes still make this an oddly compelling show to watch. End of the day (and end of the season), though, this third and final run is too shallow with its characters and too stuck in whatever plotline it had to tell to find a proper, compelling end for the series. It was fun while it played out but, in the end, the finale didn't really add up to much of anything. I liked it well enough but I doubt I'd ever go back to it, or recommend this season to anyone interested is something fun and strange to watch. Legion tried early on but just couldn't bring it all together at the end.