The Unbearable Failure of Being

While we all know Hollywood's math on sequels -- "did this make enough to turn a profit at the theater? Did we then sell a bunch of home videos, or maybe toys? If so, let's make a sequel!" -- not every film actually warrants a follow up. It is fair to say that 2010's Kick-Ass was primed to have one, what with it being the adaptation of the first book in a long-running series... and yet, there was little about the story of the first movie that really said, "hey, we need a sequel!" 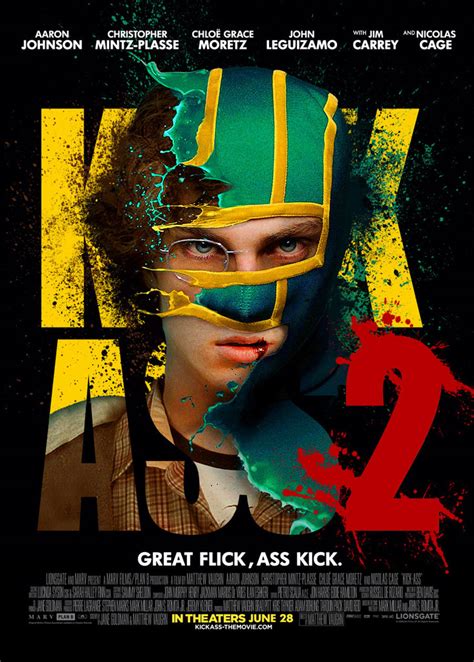 While the film had been a moderate success, making three times it's modest production budget at the Box Office, but it wasn't a huge success. Story wise, though, the villain from the movie was dead, his son (who wanted to be a superhero and now wants to be a super-villain, the Motherfucker) wasn't much of a character, and Kick-Ass himself (Aaron Johnson) was also a bit of a let down. The producers could have give fans the movie they really wanted, a Hit-Girl adaptation, and that might have been good. But for this second Kick-Ass, what did the movie really have to justify its sequel status? Arguably not much.

The film basically places our co-leads, Johnson's Dave / Kick-Ass and Chloe Grace Moretz's Mindy / Hit-Girl, back at the start of their careers in a blatant move of, "we don't know what to do but reboot them." Kick-Ass puts his suit back on after retiring at the end of the previous film (ditching his girlfriend as well in a single scene), only to realize he's once again outmatched against real evil. Meanwhile, Mindy goes to live with her father's best friend, Detective Marcus Williams (Morris Chestnut), and he tells her she can't be a superhero anymore which, considering that's all she's ever known, means she doesn't really have much of a life. When Kick-Ass can't team up with Hit-Girl he had to find a new way to be a hero.

What comes from this is him joining a bunch of other low-rent superheroes for an even more low-rent play on the Justice League, led by Colonel Stars and Stripes (Jim Carrey). Meanwhile, Mindy ends up stuck in a pale imitation of Mean Girls, without nearly as much fun to be had from it, until inevitably (due to the machinations of Christopher Mintz-Plasse's horribly written Motherfucker) she has to put back on the suit, team up with Kick-Ass just like she wanted at the beginning of the film, and go back about her business as if the last hour or so hadn't happened. It's all kind of a waste.

Now, I don't want to make it sound like I completely hated the film. In fairness, it is decently watchable in the moment. Johnson is more comfortable in his role this time around and it makes for a better lead even as he's stuck in a storyline we feel like we've seen before. (Heroes teaming up to fight a greater evil together? In 2013, after the release of The Avengers? My, that's a hip and fresh idea!) His storyline may not be great, but at least the lead is okay to watch now. 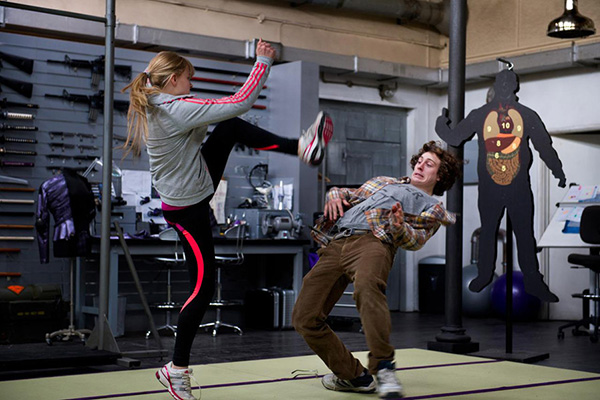 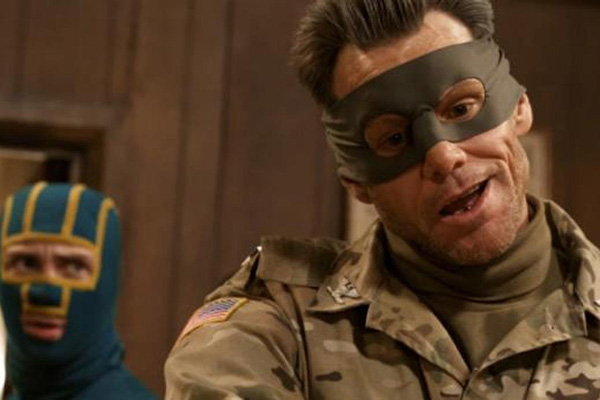 Mindy's storyline would be more interesting if it didn't feel so rote. It's there to keep the Mindy on the sidelines, but considering the girls that she has to play off of (led by Claudia Lee's Brooke), are one-note, uninteresting little bitches, it's really hard to care. Clearly Mindy isn't going to be one of them, clearly they're going to betray her, and you can see all the breadcrumbs the film has for Mindy to follow the second they start up. It'd tedious and not nearly as interesting as the film seems to think (at least not until Mindy gets her revenge in a very disgusting manner).

I think the biggest flaw is Motherfuckeer, though. For starters, he's poorly written, a petulant child that never, ever, should be considered a real threat. If there's a parody to be had here, I can't really see it. Maybe there was something witty at play in writer / director Jeff Wadlow's head it doesn't come across on screen. I think some of that may be because Mintz-Plasse is miscast here for the role he was given (playing the weenie son of a tough gangster in the first movie suited him, but being a hardened bad guy is beyond the actor). Really, though, this whole plot line needed a hard rethink to make it work.

Yes, some of these stories are based on similar plot lines in the comics, so I get what the team wanted to do. Thing is, this is an adaptation and you don't have to be married to source material when you change its media. Part of what made the first film so brilliant was the touches like Nicholas Cage's weird, Adam West performance, things that didn't come from the page and showed true inspiration. What holds this film back is how beholden to the source it feels.

I will admit that I read the first two books in the Kick-Ass series, and I fell off of it after the second book. What made the original story fresh and interesting was lost in the second book, and it seems like the same thing happened here. A different writer / director was brought on board, the weird and madcap ideas of the first film went by the wayside, and this film simply had the source material, and the first film, to base its ideas. It doesn't work on any great level, simply coasting by as passable entertainment for the moment. 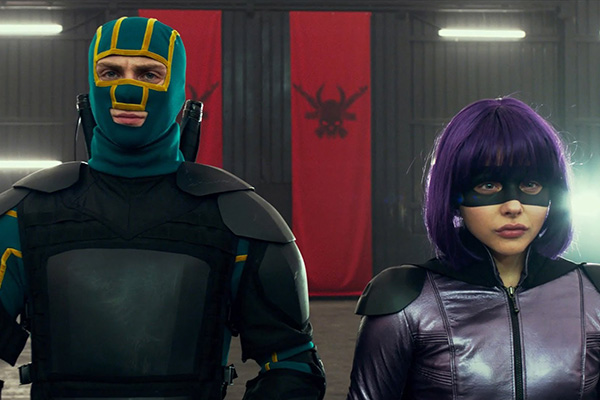 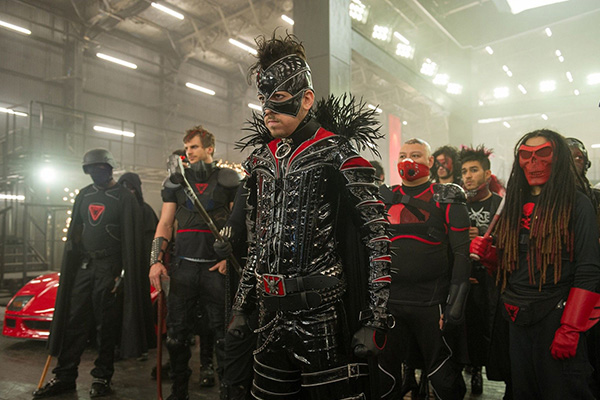 I'm not alone in this assessment as the film wasn't exactly well received when it came out. Worse, despite a slightly larger budget (nearly $30 Mil), it didn't manage to even make as much as the first film, garnering only $60 Mil against the first film's $90 Mil. It was a flop, on all fronts, and it squashed any plans for sequels. No Kick-Ass 3, no Hit-Girl, and nothing else to speak off. You don't hear much about future plans for the films, although original director Matthew Vaughn keeps saying a reboot is coming eventually. For now, though, it's probably best that the series ended when it did. The first film had a fresh idea and while it wasn't perfect it was watchable. This sequel is a dud, though, and I'd hate to see how far down the series could go from here.

Also, considering how bad Vaughn's other series extension actually was -- Kingsman prequel The King's Man -- we probably should hope he never gets this third Kick-Ass film off the ground.