The Slice of the Party

For a time Holiday Slasher films were good business; all it took was a holiday you could apply a liberal amount of blood to and then you had yourself a money muncher at the Box Office. Black Christmas inspired Halloween, and the success of that film begat a whole host of copycats. My Bloody Valentine, April Fool's Day, Prom Night, Silent Night, Deadly Night, and, yes, New Year's Evil. If you thought some of those other ones were bad you aint seen nothing yet. 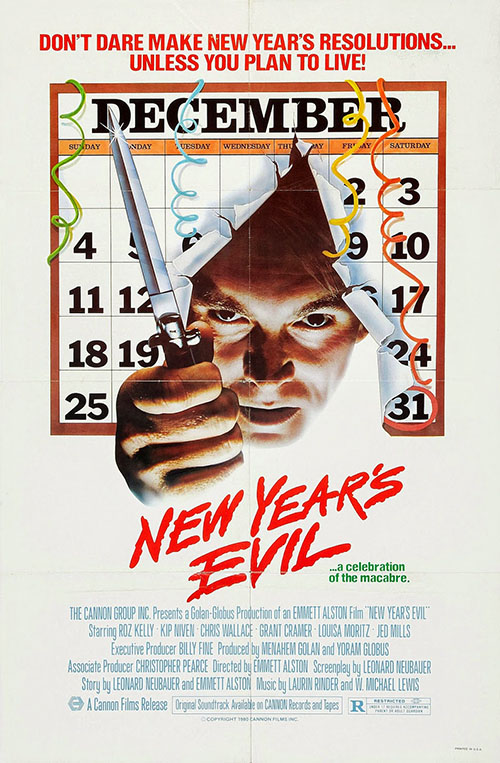 Credit to the film where it's due: New Year's Evil is a pretty solid horror movie title. The rest of the film, though, is lazy and uninspired. Horror movies are notoriously easy to make: unlike other films with such things as "production budgets" and "stars" and "taste", all you need for a horror film is a gallon of fake blood and some place that doesn't mind you splashing said fake blood all over the place. Some of the greats of the horror genre, such as The Evil Dead and the aforementioned Halloween, were made on amazingly small budgets all so the filmmakers could get their ideas out there.

The movie takes place on New Year's Eve with our protagonist, Diane "Blaze" Sullivan (Roz Kelly), show-runner and central star of "Hollywood Hotline", a call-in show for New Wave Rock music. The night's blow out is a four-hour long show tracking New Year's from Eastern to Pacific time. There are bands performing, music, a roaring crowd, and lots of talking. But while she's on the air, doing her thing, a caller phones in saying that Blaze deserves to die and, in the lead up to the big event, he'll kill a woman every hour at the strike of midnight (for that time zone) until he kills her right at the start of the year, Pacific Time. The cops get involved, Blaze is scared, and her son... well, he's mad at her for ignoring her earlier in the night. Will Blaze survive the night or will this New Year's be the last she sees?

Coming out when it did in this span of holiday-themed Slasher, New Year's Evil doesn't stray far from the formula of what was set before. Here we have a killer going around, stalking the night and taking out women one-by-one (or, at one point, two at once) while we're left wondering just why he's targeted Blaze as his final victim. That mystery, which was a part of so many Slashers of the era (and became the normal again after the release of Scream in 1996) is so played out even in this film that, from minute one, I was already pegging characters as the killer. The film isn't at all good at playing up its mystery or killing things hidden from the viewers, leading to a lot of ho-hum moments as the film reveals details we already had figured out in the first five minutes of the film. 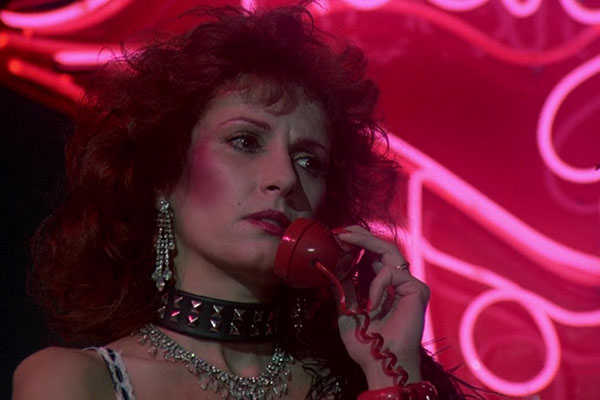 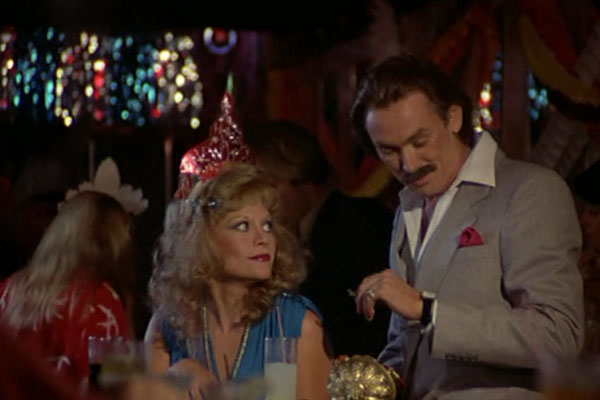 Blaze isn't a great person -- she's a petulant Prima Donna who ignores her son, Derek (Grant Cramer), and barely has any contact with her husband, Richard (Kip Niven) -- who entirely focuses on her career. With the right character development we could get an idea of why Blaze is the way she is, learn why she's made her decisions, maybe see that she cares even as she keeps everyone around her at a distance. That would make her a more compelling character and then, maybe, we wouldn't easily be able to guess the beats of the characters around her because, perhaps, we can understand what they see in her.

Instead, within moments of the film opening I already knew Derek was going to be a killer in the film. And then, once we learn that her husband is away, driving in from out of town, it's pretty easy to figure out who the other killer is. And, yes, both of these elements play out: Richard is the primary killer for most of the film (although he's not "revealed" to be her husband until the last act), and then lo and behold as Derek takes up the mantle in the last shot of the film. It would have been interesting if it wasn't all so tired and expected.

But then, to correct all of that the film would have had to invest in its characters, and have a story or anything to make it more compelling. This is the rare Slasher where we spend a lot of time with the killer, seeing him as he goes around killing people and not just some figure hiding behind a mask, which is actually kind of interesting. But Richard isn't really a character as he just dresses up and acts a part to fit into any situation all so he can kill. We never learn who he is we just see him in murder mode and that's it. We need more from him to make this film work, and that, again, would have required the film investing in anything character or story related.

It's pretty obvious that New Year's Evil had a threadbare script that was, likely, more blocking notes than anything else. I'd be amazed if the script itself was more than 45 pages long as the film is short and desperately padded to get it up to its brief 85 minute run time. To make up for the shortfall in story the film fills for time with its musical acts, cutting regularly to the Hollywood Hotline show for whatever terrible New Wave band that's on at the time. I've seen a number of horror and exploitation films do this, as if we came to watch the musical acts instead of, you know, the movie and, honestly, it never works. I'm sure this was a cheap solution to keep the cost of the film down but it was just tedious to watch. 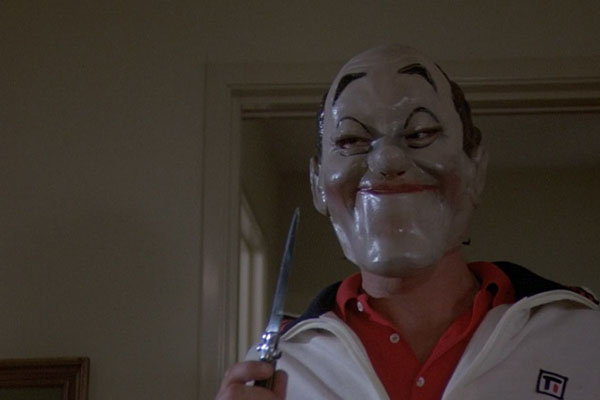 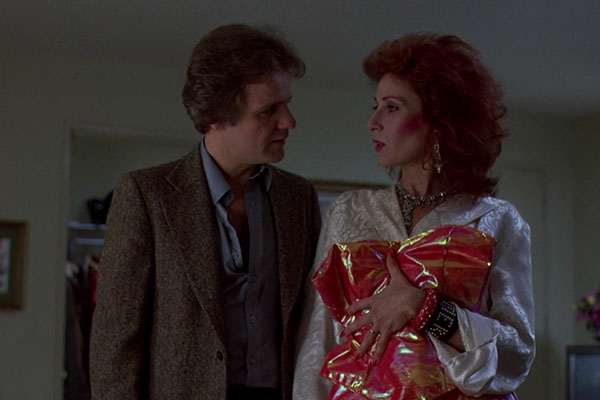 All of this could have been forgiven if the kills were better, but this is easily the weakest part of the whole film. The movie doesn't really know how to build suspense, hobbling itself in part because we know Richard is the killer early on and we follow him around the whole time. There's no suspense to his kills because he's telegraphed everything: he's going to kill a woman, at the stroke of midnight, every hour (time zones permitting). As such, we know not only who he'll kill (due to proximity) but also when (due to time), cutting away all the surprise. And since Richard is a lackluster killer (due to the inept filming from the production team), there no scares to the kills at all.

It doesn't help that the film also likely didn't have a budget for a lot of makeup or special effects. Thus, ever kill follows the same pattern: Richard grabs the woman, pulls out his knife, and then we cut away so we don't actually see the kill, just the (rather disappointing) aftermath. If the film would have focused on the kill, given us some good gore, that might have helped, but this film seriously hobbles itself from moment one and never finds anyway to rise up and actually provide anything that a good horror movie should have.

In short, this film peaks with its name and never manages to bring anything else to the table. As one of the few New Year's horror films around (a quick search actually makes me think it might be the only one), that does put New Year's Evil in its own rarefied group. That doesn't make it appointment viewing year after year, though; far from it. If anything this would be the kind of movie you'd put on at 10:30 PM so you could pass out until New Year's rolls around so you can get woken up when the movie ends. Grab you glass of champagne and then go to bed after but, whatever you do, don't actually bother watching New Year's Evil as it's just not worth it.