Fourth Time is Not the Charm

So we've already seen three packs of random people seemingly saved by a vision that foretold their deaths. Each time, Death, the manifestation of their own mortality, comes for them, going to extreme, Rube Goldbergian lengths to take the people in in gory (and sometimes comically overwrought) ways. What could this, the fourth movie in the series, add to the process to show an evolution or development o the series in any meaningful way? 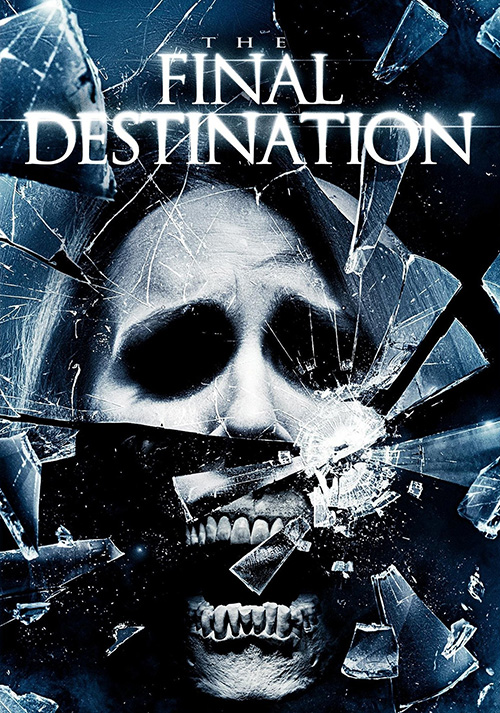 Hell, you already know the answer: nothing. This fourth movie, the definitively titled The Final Destination, doesn't add anything at all to the formula. Hell, it isn't even a reboot (no matter what the producers might have said) as it directly references the previous three movies through newspaper articles and other media. It's simply a pale imitation of the three previous films, doing all the same things those films did, just with a new (and bland) cast of the characters. It's a Final Destination film, with everything that implies.

Set eight years after the previous films, The Final Destination finds four friends -- hero Nick (Bobby Campo), girlfriend Lori (Shantel VanSnten), her friend Janet (Haley Webb), and his (womanizing) friend Hunt (Nick Zano), out at a low-rent NASCAR race. (Does NASCAR have a AAA league? Because that's totally what this was.) While there, Nick gets a vision of their impeding doom: a car crash will cause the arena to collapse, killing just about everyone inside. Nick freaks, drags his friends, out, and saves a small selection of people right before the car crashes and a bunch of people die.

Of course, just surviving in a Final Destination movie doesn't mean you actually get to live, and sure enough, Death starts to come for all our characters. From the rednecks that gets into a fight with our heroes (Carter Daniels), to a automotive tech and his girlfriend (Andrew Fiscella and Stephanie Honore), a soccer mom (Krista Allen), and the race track's security guard (Mykelti Williamson). Nick and his friends have to figure out what is going on and how to stop Death, if they can, before every single one of them is dead.

At this point, having seen three movies in this series before we know what to expect. We get some fun co-eds, we hang out with them for a couple of minutes, and then we watch as the get bumped off one by one. It's as rote as it gets by this point, so this fourth film has to do something special to stand out. Instead, though, this film wallows in being marginal, in adding nothing new and, in fact, somehow managing to come in ever lower on the scale than the previous films. It has the odd distinction of being both the highest grossing film in the series (largely due to it being run in 3D) while also being the least well-received film in the set. It's just bad. 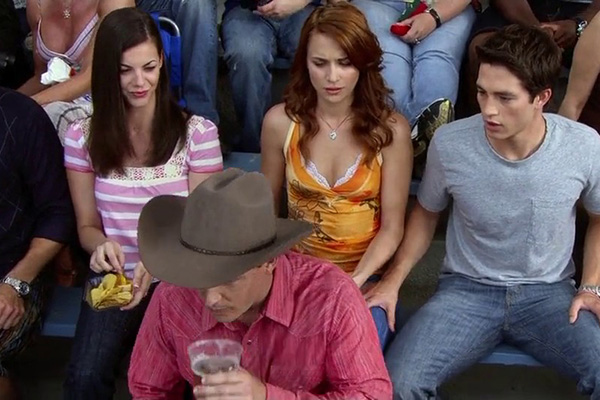 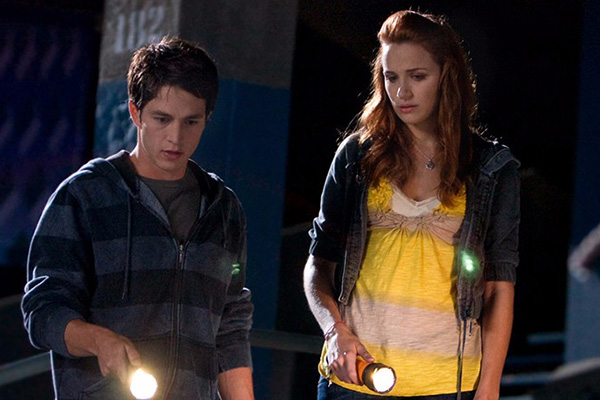 Part of the problem is that it's hard to care for the characters. That's in part because we know nothing about them -- Nick and Lori are our primary characters but we know absolutely about their lives. Who are they? What do they do? What do they want? How long have they been together? We get nothing leaving them as mildly charismatic voids. They show up, they almost die, then they almost die again. That's their entire role in the film and we learn nothing else about them in the process.

Bear in mind, they're the best characters in the film (save one). Just about everyone else is as stock a character as you can get, from the redneck (who's a racist) to the auto tech (who's an asshole) and their women (who die), and the soccer mom (who also dies). We get nothing from them. Even the third film, with its stock selection of high schoolers, still managed to add more depth its its characters than this film. The only person worth paying attention to is Mykelti Williamson's security guard, George Lanter. He is well acted, he has a back story, he has motivation and reason. And, also, he dies, so don't latch onto him for too long.

Even if we could learn anything about these characters, though, it'd be hard to invest in them because we know every single one of them is going to die by the time the credits roll. That's part of the problem with the setup of these films, ranging all the way back to Final Destination but compounded by Final Destination 3: the end scenes of these films always kill the heroes. No matter what they do, no matter what they go through, and no matter how they manages to stall or cheat Death, by the time the credits roll Death will always swing back around for them. There's just no hope.

That just leaves us having to enjoy the kills and, this time around, they're especially bad. This film, despite having the biggest budget yet for the series, manages to have the worst looking special effects and goofiest kills. The film still buys into the long, elaborate death plots, with one step leading to another, leading to another, as if Death is playing the longest game of Dominoes with their lives. Despite this, though, there's absolutely no tension. We know these people are going to die, that there's no way for them to avoid it, and the convoluted ways Death goes about it just makes it silly, not tense. It's dumb. This movie is dumb. 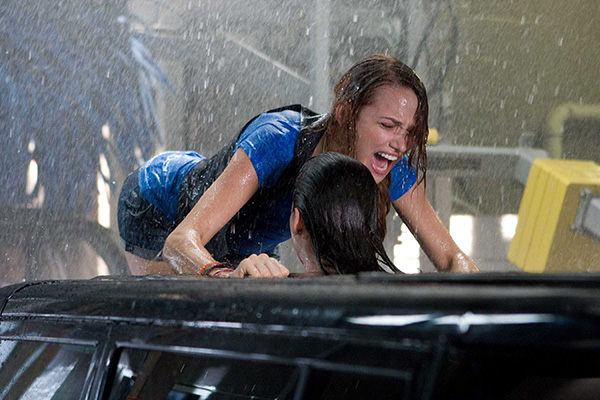 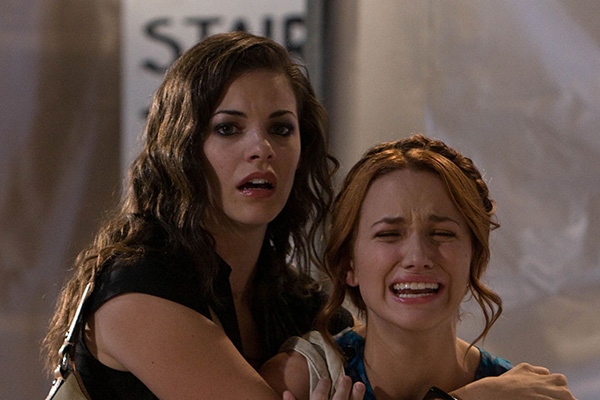 Slasher movies get stupid the longer a series goes on, and this film is no exception. The Final Destination buys in on all the stupid tropes the previous movies set in stone, but it adds nothing more, simply playing with the same ideas, the same toys. Nothing here is worthwhile, nothing here is fun, and it's hard to care anymore about the series. We have one entry left and maybe it'll get better. If The Final Destination is any indication, though, I'm not holding my breath.

Well, there's any number of small sins on display this time -- drinking, being an asshole, being a racist asshole -- so, really, you can take your pick about what made Death decide to strike this time.

Ten, starting with the woman who dies after the initial car crash. Then we get her racist husband, a soccer mom, car mechanic, one of the hero's two friends, a cowboy, a security guard, and then the last three survivors all at once. Damn.

Frankly, though, the most uncomfortable thing in the movie is watching an active pedicure. Ugh.