On the Run and With a Gun

So now we're three movies in to the John Wick series, and the movies don't seem to show any signs of ending. Keanue Reeves has come out and said he'll play the title character for as long as the studio wants to make these films, so that leaves with a continuing series of movies, less a trilogy than just serialized adventures starring an assassin who just can't be stopped. 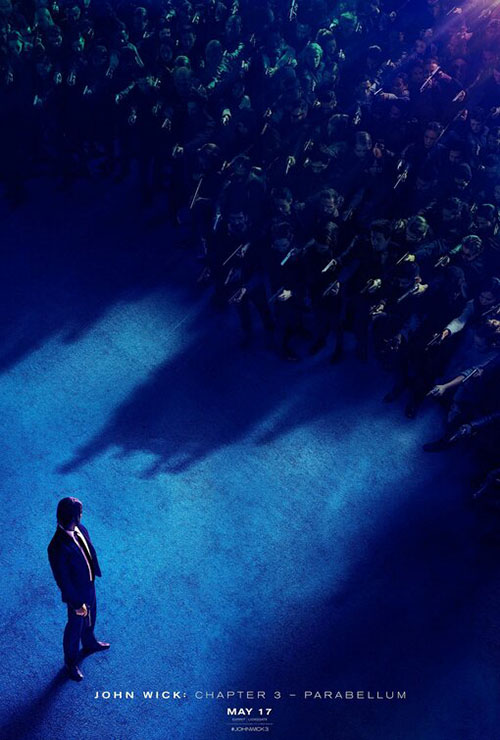 It actually leaves us in an odd place with these movies, something that I think honestly hurts them at this point: John Wick will never die. Oh, sure, if the studio gets tired of the character and decides its time to end it then, yes, finally we'll get a last chapter in the saga. But, so far, each film has made more than the last so it'll take a lot to kill off this franchise at this point. This is great for fans of action as all of these movies have great action sequences (this film included, which we'll get to in detaiil in a moment). But for the momentum of the character, for the continuation of his story to really stick, John Wick needs an end point. He needs a goal to reach and, right now, the films are losing sight of that.

When we pick up with John Wick, it's only been minutes since he was excommunicated from the assassin underworld (as per the events, and end sequence, of John Wick: Chapter 2). Now forced to flee New York, Wick has to find a way to either get in the good graces of the assassin underworld once more or find a way to send them a message to back off and never come after him again. And, really, that's it -- that's the whole story of Chapter 3; just John Wick moving from scene to scene, striking up alliances before the action starts and he then has to kill most of the people in the room to make his point.

Don't get me wrong, as a way to connect the various action sequences together, this type of loose story works. John shows up, says very little, and then people die and the crowd cheers. John, as played by Reeves, is a fast and efficient killer and a thrill to watch. For most of the run-time you aren't going to care about the story, or the motivations of any of the charcaters on screen, largely because most of them are fodder and Wick is so good at his job (and, now, wearing highly protective plot armor) that there's never a worry about him dying. We just get to watch the man go off the chain and kill people, and it makes for a largely satisfying movie.

This is in no small part befcause the action is so good in the movie. This is a highly violent thrill fest with tons of over-the-top, crunchy hits, gory sword slices and gun blasts, and bone-shattering blows. THere are a number of standout sequences, from the initial foot chase which sees John kill a bunch of dudes in an antique weapon shop, to a fight in a horse stable, and then an extended shoot out at the midpoint featuring some of the best dog stunts ever filmed. When it comes to the action, everything is epic and well done, striking the right mix of cringe-worthy violence and laugh-out-loud gore. It's a movie that earns its R rating and revels in it just the right amount. 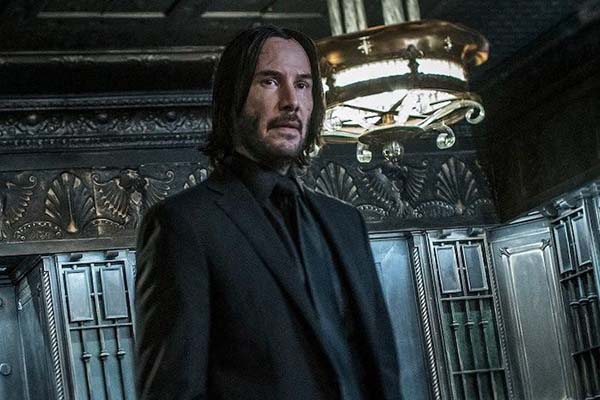 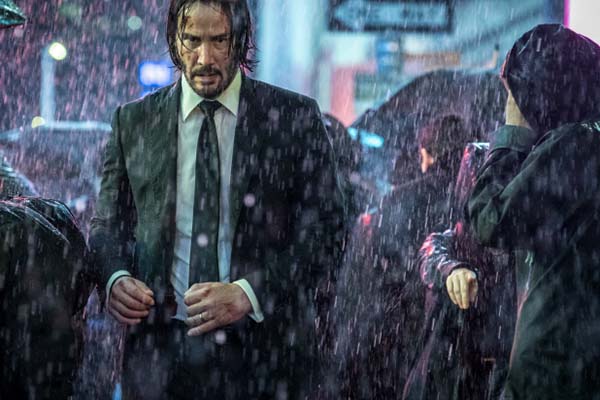 And at the center of it all is Keanu Reeves, a man designed for these films. I know I've said before how much these films rely on him, but it's true. John Wick is a character that Keanu disappears inside -- other actors would try to play the character bigger, or broader, and make the character be more like the star. Keanue, though, allows John Wick to take over, to be the cold, at times emotionless, ruthless killing machine he needs to be without any kind of star swagger or winking nods to the camera (the actors saves those performances for goofier movies, like Keanu and Always Be My Maybe). These movies work because Keanu puts himself into the role as the character, not the star.

That and he's just absolutely awesome when it comes to action movies. As this film highlights once again, you can put Keanu in a room with a bunch of bad guys and whether he's armed with swords, huns, or just his own body, he can destroy them all. Keanu is able to deliver every slice, shot, and punch like he means it, without any artifice and without it looking fake. The dog sequence highlights this fact as Keanue shares the spotlight here with Halle Berry and they both get into the action, but Berry just doesn't have the same presence (or ability to handle the action) the way Keanu does. While Keanu slides into the action, being a part of the well choreographed sequences, Berry stands out looking artificial and just a little lost. The dogs, though, are so good you don't really hate it so much.

But while the action treats the character, and the actor, well, at its core John Wick: Chapter 3 - Parabellum is missing something. If you go back and watch the previous films you see that Wick was on an emotional journey through the first two flicks. As a stand-alone movie John Wick gave us a story of revenge, one last mission for a retired assassin and, by the end of the movie, John was in a better place emotionally than when he started. The second film then drew the asssassin back in and, by the end of the movie, forced him to burn his whole old life to the ground to get needed vengeance. Each story furthered the character and gave him a new mission, a new reason for existing, and new stakes for him once he ended his journey.

Chapter 3, though, doesn't have that same connection to the character. When he starts the film Wick is on the run, excommunicated from the assassin world. By the end of it, he's back where he started: stuck in New York, with no allies and very wounded, once again excommunicated and on the run. Instead of pushing the character forward it simply spun him in place for two hours. 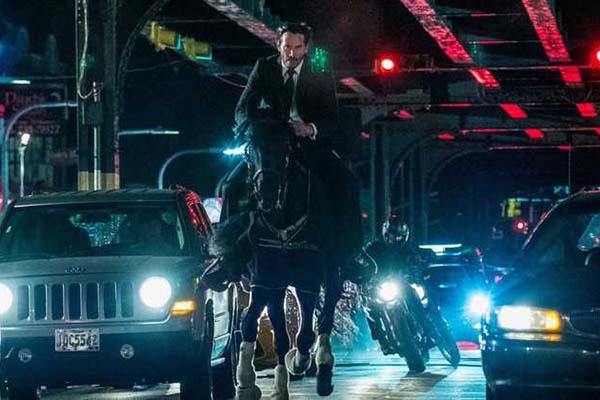 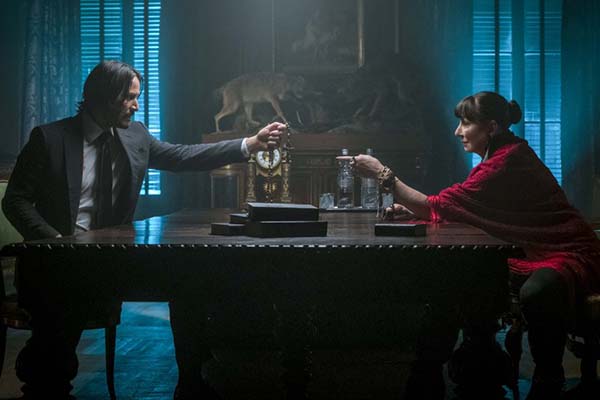 That is when it even cares about the character at all. A lot of time is spent on the various side characters in the story, leaving John Wick as a background to his own adventure. I hope you wanted extended scenes about Winston (Ian McShane), the proproetor of the New York Continental Hotel, or Halle Berry's Sofia, Anjelica Huston's Director, the leader of the Ruska Roma society. Each of these take time away from John; while the characters are cool, no mistake, this is John's movie and he's barely served by it.

This is what really holds the film back for me: it's missing it's emotional core. While we get a lot more depth about the world of the Continental and its assassins, we don't learn any more about John, really, than we knew (or suspected) before. He's the same at the end of this movie as he was at the beginning (if maybe a little more angry). The action is great but the story is lacking.

So where does that leave us going forward? Well, honestly, the best I can suggest is that they come up with an end point for this series sometime soon because, right now, the films are just spinning Wick around like a top and never letting him move forward. We need an end he can reach, a final goal for him to achieve. Without that these films are going to resemble Chapter 3 amazingly fun to watch at the time, but shallow enough that the story fails to stick with you. I remember the action sequences but nothing else about the movie which makes it hard to recommend unless you just want really solid, crunchy action. If you want that, this is the movie for you, but others might not be as pleased.