The first season of Terminator: The Sarah Connor Chronicles started off great, and even though the audience eroded some over the course of the first batch of nine episodes, there was hope the show could continue on and keep telling compelling TerminatorIs it a series about a future nuclear war and the survivors of the aftermath? Is it a series of chase movies set in the present day? Is it a series about time travel? That fact is that the Terminator series is all of those concepts. The mash-up of genres and ideas shouldn't work, but the films have proven adept at mixing into a heady series unlike any other. stories for some time to come. It certainly had a better grasp of the mythos than Terminator 3: Rise of the Machines, a seemingly worthy successor to the greatness of Terminator 2: Judgment Day. So what went wrong? 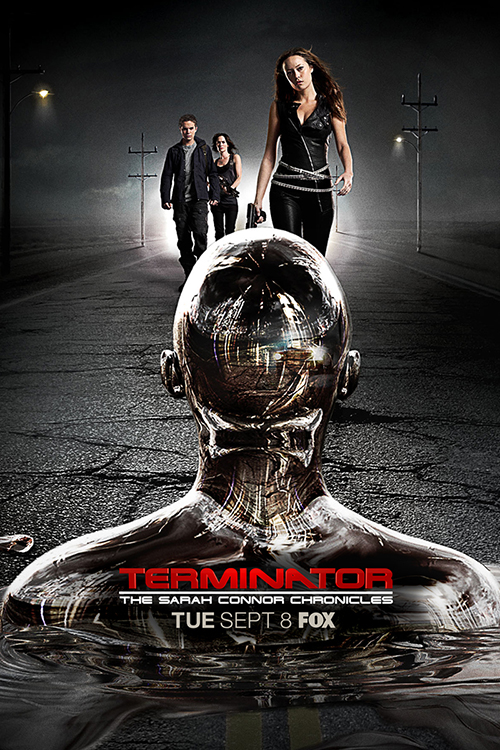 I preface this by saying I really enjoy this series. There were some serious flaws in second season that probably crippled it in the eyes of the general public, but on the whole I think this show still stands up as the best sequel to T2 we've yet received. Maybe that will changed with the eventually release of Terminator 6, but for now, even with three other sequels in the series to compare it to, T:SCC holds up.

As noted, though, there are flaws with the second season of the show that certainly contributed to the constant erosion of the audience when it aired. Picking up after the cliffhanger from first season wherein John (Thomas Dekker) and Sarah (Lena Headey) are captured by a bad dude who, just moments earlier, have blows up their jeep with their terminator protector, Cameron (Summer Glau) inside. After John and Sarah escape the clutches of the villain, they still have to contend with Cameron who, having been damaged in the blast, now wants to kill John (as she is a terminator). It's a solid hook to lead into the season, and if the show had been about the two humans (along with Derek Reese, played by Brian Austin Green) that might have been a great plot line for a while. Maybe not enough to sustain an entire 22 episodes for the season, but good for a while.

The issues begin when the Cameron plot line is ditched pretty quick. She's a one-episode bad guy and then John clicks her over and she's back to normal. For there, the team quickly falls into a case-of-the-week format, dealing with little issues here or there that don't seem to progress the plot line further, only show them treading water against the machinations of Skynet. The front half of the season plays out like this, with very episodic adventures that don't really amount to much. For those that had watched the first nine episodes of the series and wanted more serialized, long-form storytelling, these adventures weren't really all that great.

Then, in the back-half, the show switched back over to the serialized story which was great, except by then even more people had already ditched the show. Those that stuck around got the kind of building story we wanted but anyone new to the show was going to end up lost trying to catch up with over a year's worth of serialized plot to get through. By the time to series built to a great (and still unresolved) cliffhanger finale, it was inevitable the shows would be canceled. Sad, yes, but inevitable. 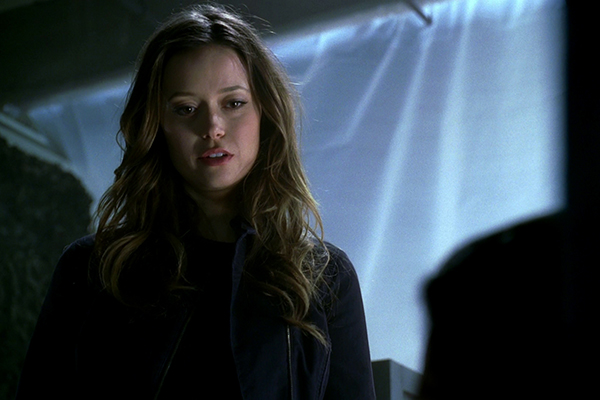 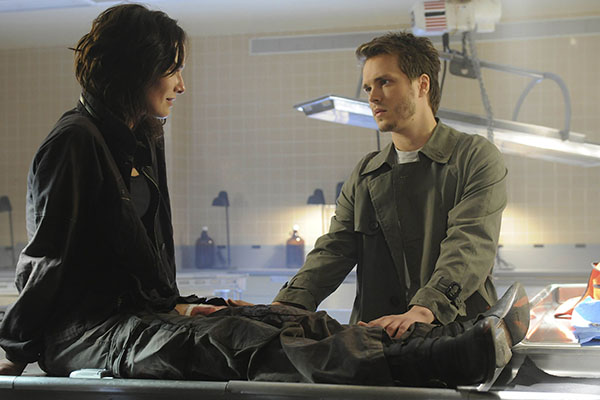 That said, the blame doesn't entirely rest on the show bouncing between episodic and serialized -- either of those plot types, or both in balance, could have worked if the show hadn't spent so much time in its second season on plot lines that didn't matter. One thread follows John and his new girlfriend, Riley (Leven Rambin). This is supposed to show John rebelling against the concept of being the future leader of the world by finding a nice, normal girl and shirking his responsibilities. The problem is that Riley is never written as a compelling character, and the show doesn't give enough time to their relationship to make it ever feel like more than just a petulant move from John. He should be better than being an angsty teen playing petty mind games, and this story just ruins John. Sure, Riley eventually is revealed to have her own dark past, but by the time this all comes out it's too little, too late for the character.

Another long plot line follows Sarah as she works down a list of names (sent to the team from the future). She gets obsessed with the list, throwing herself into crazy story lines that seemingly go nowhere. By the time they actually do add up to anything, the character is so lost in the weeds that we have a hard time caring about her. She ignores everyone else, goes off on quixotic quests, and stops being a compelling character we care about -- the Sarah from first season is all but lost for most of second season.

Really, about the only character we can still care about fully is Derek. While the show does saddle him with his own pointless love interest -- Jesse (Stephanie Jacobsen), a sub operator from the future that used to also be Derek's squeeze -- the show uses this as a way to more deeply explore the future and the ramifications of the changes the characters are making. Jesse comes from a different version of the future than Derek, and she has memories of events that Derek never experienced (but should have in her time line). There are consequences to every little action they take, and its interesting that the show brings it up at all.

Unfortunately the show just doesn't spend enough time on many of the more compelling story ideas (like the changes happening to the future). There are feints towards big ideas and grand story lines coming eventually, but by the time the last episode of second season plays out, we're only just starting to get to the realization of those story threads. And, of course, by then it's too late. 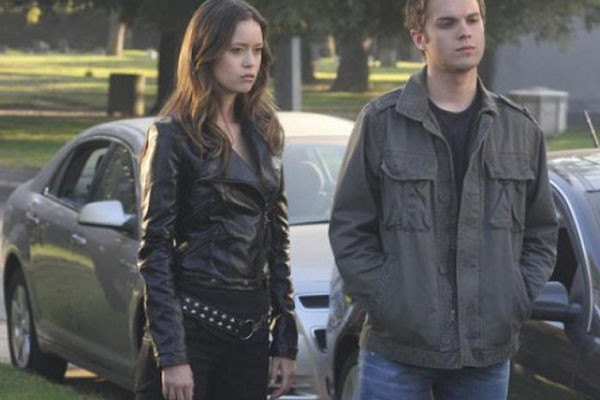 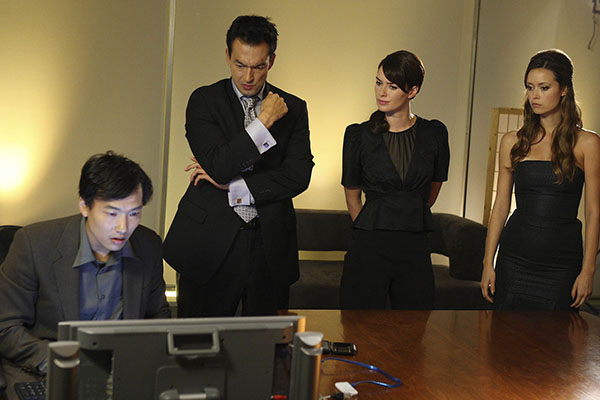 It's clear the people behind Terminator: The Sarah Connor Chronicles had a plan for where the show was going. They knew what the big twist would be for the finale and they worked to get the show there. It probably would have been better, though, for them to condense a lot of the story from this season down to half the length and, at the mid-season mark, begin their plot for third season. The cliffhanger that caps the show is compelling and promised some great places for the show to explore. If we could have had that energy at any time in seconds season, maybe the show would been able to finish its run properly.

Season season of T:SCC is a noble effort but it is certainly hobbled out of the gate. I enjoy it for what it is, but even as a fan of the show I wish it would move at a faster pace and just ditch some of the nothing plot lines to focus on better action. It's a missed opportunity, but even as a noble failure it still stands above any of the movies to (so far) come out since.