I have watch the 1982 The Thing more times than I can count. It such an effective piece of horror and, even when you know what's going to happen, the creature effects are still great to watch. Everything about that movie works so well. Considering that the film wasn't a huge financial success, though, it was a bit surprising when Universal announced they were making a prequel to the film 30 years after the previous came out. What would be the point, right? 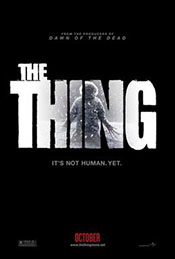 That's not to say I was opposed to any kind of Thing sequel or reboot. Hell, the 1982 film was itself a reboot of a previous 1951 film, The Thing from Another Planet which, too, was original an adaptation of an even earlier novel, "Who Goes There?". There had also already been various kinds of sequels released to the film before, with a set of comic-book sequels following the direct events of the movie and then a video game set some time later that also tried to tie into the events of the film. Plus, to be fair, Universal had tried for years to make some kind of sequel (on TV or in theaters) to capitalize on the cult success of the 1982 masterpiece.

Still, it was with a bit of trepidation that I went into theaters in 2011 to watch the prequel, also called The Thing. The original film told the story of a US team finding a blasted out Norwegian base where everything had gone to hell after the discovery of an alien in the deepest ice (the so-called "Thing"). This prequel, then, was going to tell the story of the Norwegian team, filling in gaps to the original story and, supposedly, giving us a better understanding of what led to the whole Norwegian base going up like so much tinder.

The prequel opens with a couple of the Norwegian researchers recruiting Kate Lloyd (Mary Elizabeth Winstead), a Columbia University paleontologist. Kate is brought on to research an organism the team won't discuss with her away from their Antarctic operation, but as we well know, it's an alien in the ice. Once the scientists accidentally awaken the alien, Kate is the first to figure out what's going on (and, effectively, becomes our MacReady stand-in for this film). But it's only a matter of time before the people start getting picked off one my one, as the Thing replicates and evolves, all to try and find a way to get out of the land of snow and ice.

What works in Thing 2011 is exactly what worked in the original film. Both films feature that oppressive dread, that mystery about who the characters can trust and just who might still be a good guy. One place it falters, though, is in never once making us wonder about Kate. MacReady spends a few minutes of screen in the original film, so even though he's acting like a good guy, you can never be sure. Here, though, Kate is our main character, our "Final Girl", and we never waver on if she's still human or one of the things. It changes not only the dynamic of the movie (making it feel less like body horror mixed with psychological horror and, instead, becoming a slasher flick), but also ruining the dread of the ending (she's the Final Girl so, of course, she'll find a way to live). It wants to have a character audiences can root for, but in the process it sells out its own concept. 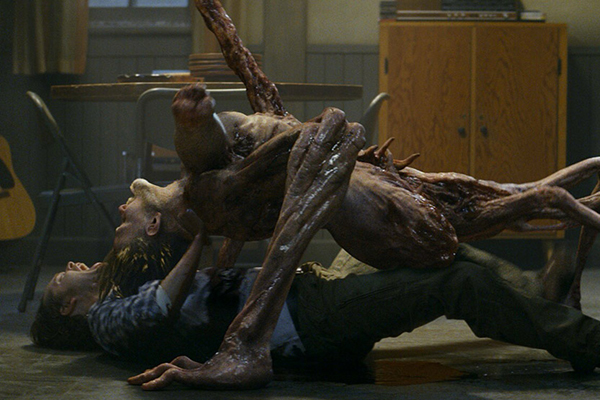 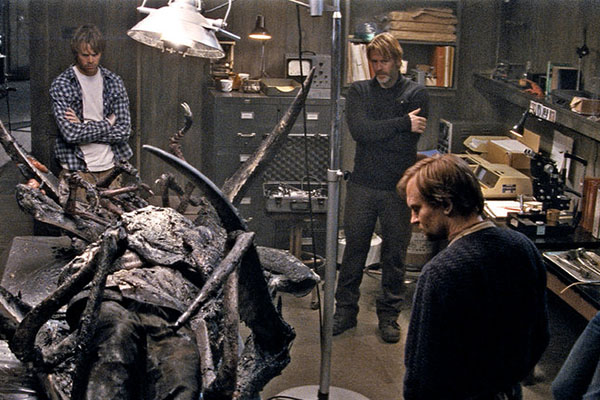 Of course, the biggest knock against the film are the creature effects. While the original film used all practical effects for the Thing, as that was the industry standard at the time, Universal elected to go with CGI beasts this time around. The creature is still gross looking but, due to the digital nature of the alien, nothing every feels like it's real. It's all just a little plasticy, and little fake, like its actors acting against a tennis ball instead of seeing the alien for real. It makes me wonder if the studio even understood their target audience since fans of the original love it for the practical effects.

The producers obviously understood the movie they were making. They're absolutely slavish about reproducing every shot and scene they could from the 1982 original so that the 2011 prequel lines up perfectly. If someone's body was in the original, they had to be included in the new one. Each room, each building, was recreated perfectly. They even went so far as to begin filming the movie with practical effects first, but somewhere in the process Universal stepped in and told them that audiences would buy the puppets and goo, so they had to redo it all with CGI. Clearly we know which side was actually right.

That slavish desire to remake scenes from the original, though, does end up undercutting much of the movie. Clearly everyone at the Norwegian base died. We saw that, and the aftermath of it when the Thing made it out of the base. No matter what happened in the 2011 prequel, those events are set in stone. While new characters could be introduced (and then offed), the end result had to line up with the original film.

Maybe the film would have been better off not as a prequel but an indirect sequel. A Russian base is mentioned in both movies, so maybe a sequel set there instead with a new group discovering the Thing could have worked better. Certainly the events wouldn't already be planned out 30 years in advance, giving the creators more room to work around the story. Maybe that was the plan if the 2011 prequel had done well, make a sequel to both movies after and continue the franchise. Whatever the case, Thing 2011 was a flop, earning only $31 Mil against a $38 Mil budget. Any future plans were likely scuttled (probably for another 30 years). 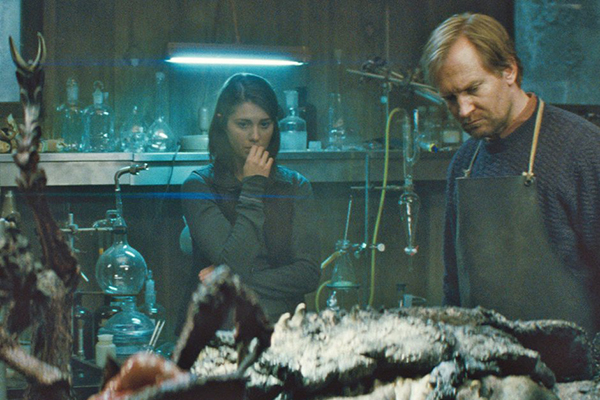 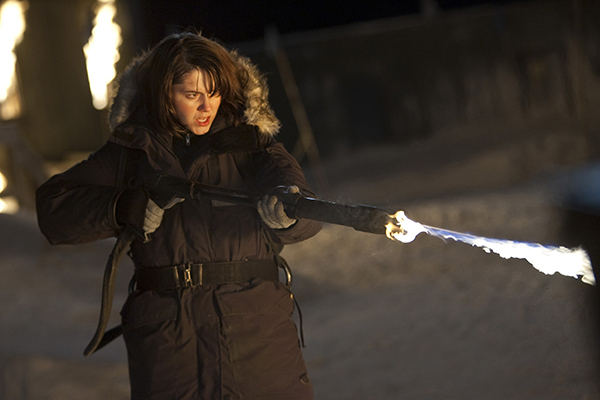 Personally, I don't hate the 2011 The Thing. It's not as good as the 1982 original, and certainly no masterpiece whether you take the original into account or not. It's flawed, less surprising, and less bleak. But I do still watch it from time to time, especially after I've gone back to the original. Sometimes I just want to stick around in cold land of 1982 Antarctica a little longer among the researchers and the aliens.

If you're a fan of the 1982 original you might find moments to like in the 2011 The Thing. For most, though, the original is the film to watch.