I've noted more than once that when it comes to genre fare I lean more heavily towards sci-fi over fantasy for my personal preferences. Reading a lot about writing over the last year, I've come to the thought that fantasy, in general, doesn't feel very grounded to me. Now, naturally, it's fantasy so "grounded" isn't necessarily a term that need apply, but any good fantasy work has to have a consistent and thoughtful set of rules it follows for its world that keeps the reader invested. A magic system (and it's fantasy so, of course, there's magic) is no good if the rules for it can change on the fly at any time. If you can't stick to your own rules (or lack rules altogether) then I find I struggle to invest in the world. 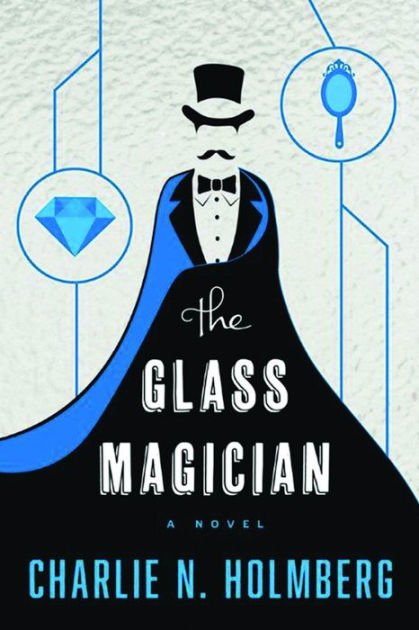 Now, sure, sci-fi can have that same issue. Any time you're watching Star TrekOriginally conceived as "Wagon Train in Space", Star Trek was released during the height of the Hollywood Western film and TV boom. While the concept CBS originally asked for had a western vibe, it was the smart, intellectual stories set in a future utopia of science and exploration that proved vital to the series' long impact on popular culture. and the crew runs into an issue that can only be solved by "blah blah techno-babble", it's pretty clear the writers just pulled some random explanation out of their ass that hadn't existed at all. Those moments suck, and they suck just as bad in sci-fi as in fantasy. Still, most sci-fi tends towards a grounded approach to their problems. "This is our tech, now how do we use it to solve X, Y, and Z." It's consistent and, in its own way, grounded.

This might seem like a strange tangent to talk about in reference to a fantasy novel, but I found myself thinking about this while reading through The Glass Magician. The first sequel to Charlie N. Holmberg's 2014 The Paper Magician, this book expands the scope of the magic for Holmberg's version of Edwardian era London, giving us a broader look at all the various types of magicians roaming around the city and surrounding areas. For the most part the world sticks to its rules... right up until it breaks everything. While the change makes sense, in a way, for the character, the violation of the rules of magic pulled me out of the novel just a bit and made me worry about the ultimate writing fate for the series.

This sequel picks up six months after the events of the first novel. Heroine Ceony Twill has continued her studies of paper magic ("Folding") under the tutelage of Mg. Emery Thane. The two have grown closer over the months, after Ceony put her life on the line to save his hart (figuratively and literally) from the evil blood mage ("Excisioner"), Lira. Ceony sees a life for herself, after her apprenticeship ends, with Emery, and it's a future she very much hopes he sees as well.

The quiet life the two settled into ends abruptly, though, when one of Lira's cohorts, the Excisioner Grath, comes looking for Ceony. He wants to know what the young mage did to Lira as, ever since their encounter, Lira has been frozen in place, a living statue. But, more to the point, Grath wants to know the secrets of mixing magic (as the spell Ceony cast had paper and blood in it). If Grath learns to truth of the spell, he could become the most powerful magician around. Ceony and Emery have to work to protect the apprentice from this evil magician, while also keeping the secret of her magic, lest this knowledge fall into the wrong hands.

When we talk about consistent magic what is meant is that any rule you devise has to then be followed in your magic system. You can't just make things up on the fly without first establishing rules for those effects. Ceony bonds to paper (making her a "Paper Magician"), and the rules of the magic system state that once you bond to one magic type you can't use any other. If you're a Folder you can't be a Smelter (metal) or a Sipper (rubber). To each magician their element. But then Ceony cast a bit blood magic quite accidentally and bent that rule.

Now, really, the rule itself is silly because the elements are simply assigned to the magicians; there's nothing saying a magician has to work in rubber or blood or paper except their own choice. If there was a magical connection that led them to that choice ahead of time that would be one thing, but Ceony always wanted to be a Smelter (a detail first raised in The Paper Magician and then reiterated here). She only became a Folder because there were so few of them in the world. Any magician can bond to any substance they choose, it's just that once you do the bond is supposedly permanent.

That's what this book is really about. As revealed, (and mild spoilers here), Grath isn't really an Excisioner (despite hanging out with them); he's a glass magician. Once he learned about blood magic, though, he wanted to change and, for years, had been wanting to find a way to change his bond. Ceony and her weird curse, a mix of paper and blood, gave him hope there was some way to change his fate. The book does eventually reveal that (although I won't spoil the how or why here), but I will say the solution presented doesn't really seem related to the curse ceony cast on Lira in the first book, and that bothered me.

As it's presented, whether a magician can change their bond or not, they still bond to once substance at a time. If Grath were to change from a glass magician to blood magic, he'd no longer have a connection to glass. That's the new rule given here. Except, Ceony's spell in the first book was both paper and blood. How does that work within the rules of this world. It's doesn't, and sadly this sequel doesn't really come up with an answer to that obvious question. It devises a different solution, that our heroine only learns about after the fact, and seems to just brush away her curse once it's no longer relevant to the internal machinations of this sequel.

Fact is that this whole setup in the second book seems devised to turn Ceony into an overpowered protagonist. She's presented in these two books (so far) as not just a good magician, but one that can blend her magics (due to that curse). She clearly wants to learn every magical type, if she could, and Grath seems to open a doorway to that kind of magical ability. Beyond that, the book also once again makes it clear that our heroine has "perfect" memory, never forgetting anything, ever. She's also a great cook, and beautiful, and while headstrong, her actions are always for the greater good. In effect she has no real flaws. Shes the perfect YA heroine

I don't hate Ceony in this book (or the previous once). I just would like her to be a little less perfect so she doesn't feel quite so much like an "Mary Sue" or a "self insert character", which is what all of these perfect qualities make her out to be. I liked the first book because Ceony didn't have a lot of power and was working in a medium that kept the power creep in check. That no longer is the case moving forward through this book and beyond. That's what bothers me about the developments in this book.

Well, that and the fact that the villain here doesn't really get much development. The first book didn't spend a lot of time on Lira, per se, but because we traveled through Emery's own memories in that novel, and he was once married to Lira, she got the development she needed. Grath, though, is just a one-dimensional evil guy. We don't learn why he once became a glass magician, how he fell in with the Excisioners, or anything else about him. He's just a bad guy and the author seems to feel that was enough to pit him against Ceony.

It's a missed opportunity, really, because if Grath had been more developed he could have acted as a kind of antagonist foil for Ceony. Instead of just chasing her around to get her secrets he could have promised a way forward for her to study all the magics... if only she joined with him. "We're each bonded to a material we don't want. We could learn the secrets of all magics and study whatever we wanted. Wouldn't you like that?" He'd be the dark mirror to her own desires, which is far more interesting than a generic bad guy. It not only fleshes him out but also allows his character to comment on Ceony, giving her more depth as well.

There is plenty to like about Holmberg's writing, and this novel certainly had many good qualities. The plotting is light and lithe, the character interactions breezy and fun. There is some fun to be had in the "will they / won't they" bond between Ceony and Emery, and you do end up wanting to see where they go from here. It's a light and fun little read, for sure... it just could have been more, and that's why I left the book just a little disappointed.

Holmberg has a solid world here with an interesting magic system. What I wish was that the threats presented to Ceony had more to do with her as a character and didn't remain external. Things happen around her but, this time around, very little happens because of her. If Grath had been a more interesting character, that would have reflected on the heroine as well. If the magic system didn't get so bent it could keep the power-creep in check. It's the little things that hold a fun little book back from being a great one.