What was Interesting Now Seems Less So

Sites that Have Gone On Past Their Prime

I wrote a long while ago about how I had grown disinterested in Cracked. For those unfamiliar, Cracked is a comedy site that grew out of the Cracked magazine, itself a competitor of Mad Magazine. Due to it's (at one time) solid website, Cracked grew to be more dominant in the Internet space than Mad, making the latter all be irrelevant at this point. (Who really thinks about Mad Magazine?)

What made Cracked so successful was it's editorial voice alongside the topics it was covering. The site became a deep repository for lengthy, informational articles (done in "numbered topic" style) that both educated readers on topics they might not have known ("5 Historical Figures More Bad Ass Than Rambo") while being entertaining and very, very funny. It made for an infectious read that you wanted to deep dive for hours. At least, I did, and from reports of others Online I wasn't the only one.

Cracked's success can be attributed to one man: David Wong, the one-time chief editor for the site. Over time, though, the site changed, in no small part because Wong left to pursue his novel writing career (among other reasons) and the editors they brought on afterwards didn't have the same vibe for the site content. Staff writers that joined lacked the voice that had made Cracked so interesting, and after a while it was hard to deny that the magic of Cracked had been lost.

Back in 2014, when I discussed Cracked I mentioned that I was "done" with the site, which was partially true. I stopped reading the site like I'd used to, dropping it from a "daily, must read" to "something I check once in a while when I'm really bored". Now the site mostly exists when I want something to browse and I've already burned through all the news and politics sites I usually read. Cracked doesn't belong in my pantheon of "great sites" anymore, and I doubt it'll ever get back up there ever again.

Thinking about it, though, there are other sites that I used to read all the time that, similarly, have fallen off in recent years. I don't know how many people even remember X-Entertainment, but that's a site I loved back in college that I don't bother reading anymore (if it even still exists). Although the "X" in its name would seem to imply pornography, it really was "Generation X" as the content was related to stuff kids of that generation watched when they grew up. It had articles on Saved by the Bell, Gremlins, the Brat Pack, and more. 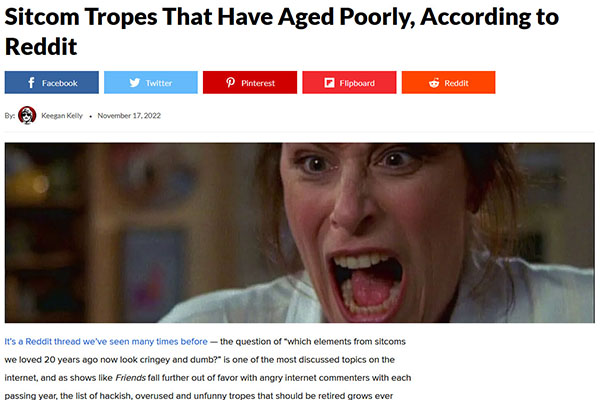 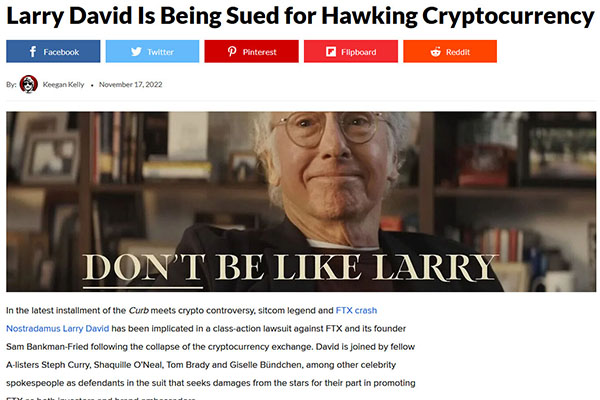 I think of X-Entertainment any time I wander past a department store toy aisle during the holidays and see one of the many advent calendars they have there. Back in the day X-Entertainment did hilarious "one a day" stories about the objects found in the annual Playmobile advent calendar, telling a story of an evil Mare Winnigham (an actress from the Brat Pack movies, who also bore a resemblance to the random Girl figure from Playmobile) and her repeated attempts to take over Christmas. It was dumb, really dumb, but amusing.

At some point, though, I just gave up reading the site. I think the updates started to drop off, and the creator really didn't come up with new, original articles that grabbed him interest. The site had said what it needed to say and, after a while, it just felt like it was going through the motions (god, I hope my own site never reaches that level). I remember at one point, a couple of years ago, I tried to find X-Entertainment and I couldn't get it to come up, so I have to assume the site was abandoned and then just died, but maybe I'm wrong there. All I knows is I haven't read the site since college.

Another site I gave up on was Angry Robot. At least, I think that was the name. It was a blog that, again, tapped into pop culture topics with a decent bit of looking back at old, fun content of yesteryear while still also keeping one eye forward on content coming out today. That's the site where I read about the "66% rule" -- if you have a collection and you have at least 66% of all the items released for that collection, you have to then finish out the collection at least until you reach a natural finishing point for that collection. The example listed was collecting all Batman comics from a certain author, finishing that set without feeling the need to get any other comics outside that grouping.

I stopped reading Angry Robot (if that was even the name of the site) when the original author sold it off and left to go work on other projects. The new editor hired to run the blog didn't have the same humor or style and once it was clear the editorial voice I had loved was gone, I dropped the site completely. I did try to go back once or twice and find the site again, mostly so I could point to that 66% rule and use it as reference material on this site, but while I can find an "Angry Robot" site, I don't think it's the same blog. It doesn't look right at all, and the old archives are missing. I just assume the site was blown away due to mismanagement.

Which, speaking of mismanagement, I absolutely have to mention The AV Club alongside all the other Kinja-based sites in that collective (Gizmodo, Kotaku, The Takeout, and more). The AV Club started life as a movie review section of The Onion, back when that humor site was primarily a printed humor newspaper. Over time The AV Club grew out into its own site, and had a whole fantastic team of writers and editors that really devoted their lives to making the site great. For years it was considered one of the best pop culture news and discourse sites Online. 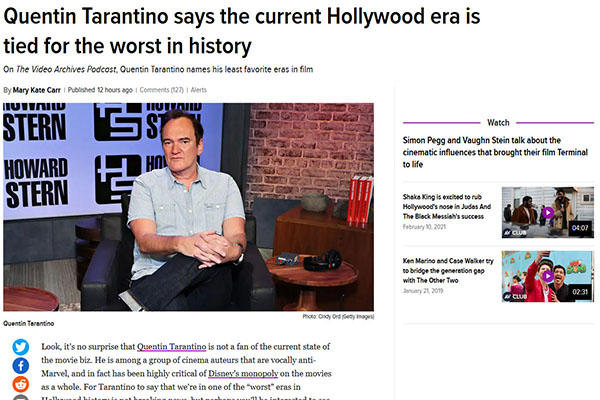 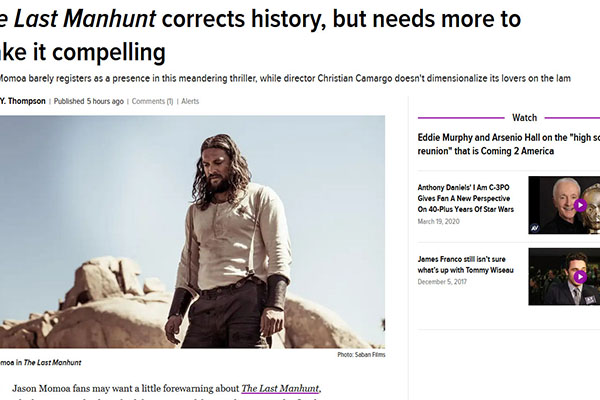 Sadly, the declining popularity of newspapers, The Onion included, cut the legs out from under the whole publishing group and the collective was sold to other management. Many of the content creators (both for The AV Club and The Onion) balked at the demands of the new management and ended up leaving. In the case of The AV Club, these creators went off and, with some external funding, created The Dissolve, a site that did what The AV Club had previously done with the classic editorial voice. It was a great site, but it never reached the fame or success of The AV Club and, at just shy of its second anniversary, The Dissolve shut down.

The AV Club does live on, but a lot of the great material the site used to be known for, all their recurring editorial articles and long, deeps series review of shows with writers going episode by episode through a classic show, that's all gone now. Mostly it's a tabloid-style blog with occasional movie reviews. Nothing about the site at this point resembles what it was at its heyday. It's a sad state for the site, and I just don't have the interest in reading it like I used to. It's a quick browse for me now, once a day, instead of another deep dive I'd spend a morning enjoying. And that says nothing about The Onion which barely has anything worth reading of any length day to day. It's just sad.

On last site I liked, Poobala. This is another site that seems to be completely gone from the Internet. Back in the day it existed as a site cataloging all the TV crossovers that ever occurred. Did the characters from Roseanne and Boy Meets World somehow show up at Disney World at the same time? That was tracked. How about all the spin-offs and soft-reboots of Saved by the Bell? Tracked as well. The creator not only listed all them but also went along and illustrated how all those connected shows created their own giant universes. Hell, the character Detective Munch from law and Order and Homicide: Life on the Streets has shown up in enough other shows to create a mini-universe on his own.

In the case of Poobala I stopped reading because the site updates trailed off. This is understandable as people get busy and life takes over. I'm sure trying to keep track of everything and managing all that the site covered became tiring after a while, and his site was gigantic. And now that I can't find it Online. I have to assume it was abandoned and just died. Tragic since that site was probably the best resource for all TV crossovers, but that's the fate of many creator driven sites Online.

And now I'm sad, haha. It does lend some details to why I just don't hit that many sites when I "surf" Online.: most of the places I like grow stale after a while and I have to go find other sources for what I like... and then never do. Man, I need to get out more.